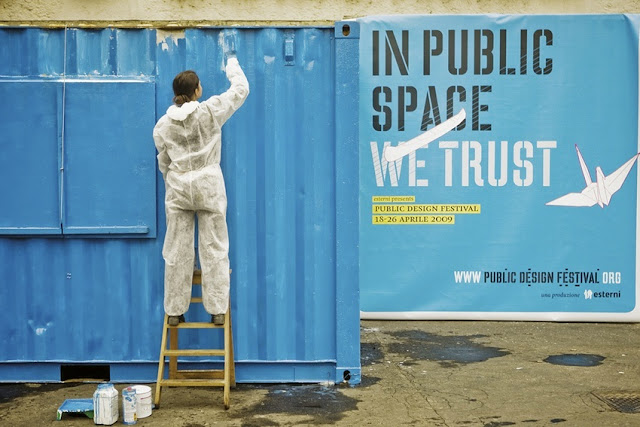 I wrote The Enabling City, a toolkit on social innovation for urban sustainability and participatory governance, in the early days of green consumerism's ascendance to popularity. It was an interesting, if deeply troubling, time. Limited-edition designer tote bags were waging war on plastic bags, the Internet was obsessing over green gossip websites, and everywhere I looked a growing number of eco-gadgets were promising freedom from guilt with a kind of fervent urgency that can only be described as hopefully naive. I followed the spread of "participation through consumption" with growing concern:


[A]ll around me, I saw consumerism being confused with activism, carbon offsets with environmentalism, and growth with innovation. Nowhere in the mainstream did I see the principles of self-organization, mutual support, and interaction — the elements that kindled my commitment to sustainability — recognized as valid pathways to participation. Instead, concerned citizens like me were being encouraged to buy (RED), shop green, and donate to far-away causes from the comfort of their home.

Ever the stubborn student, I refused to believe that the only outlet for citizens to make a difference was through consumerism, so I started collecting evidence that spoke to the potential of collaboration to move cities and communities toward a more sustainable future. In so doing, I uncovered a rich world of underground hope where creative citizens tackle increasingly interconnected social issues in thoroughly encouraging ways.

At a time of widespread economic crisis and growing concerns over the increasingly devastating effects of climate change, the impact of neo-liberal policies on the social sphere and the consequences of unmitigated growth have become the objects of serious public scrutiny. Through my research I came to understand the importance of city- and neighborhood-level narratives in forming a more nuanced understanding of sustainability and developed an appreciation for the role culture and creativity can play in the process.

The Enabling City details my vision for urban sustainability and participatory governance from a "place-based creative problem-solving" point of view, an approach that leverages the imagination and inventiveness of citizens, experts and activists in collaborative efforts that make cities more inclusive, innovative and interactive.

Embedded in the idea of enablement is a participatory process that changes the way we think about the commons. If until recently we tended to see cities as dirty and aggressive places, today they are hotbeds for community innovation, the starting point for shifting the emphasis away from profit and private property to an enhanced idea of well-being. This is a kind of well-being that goes beyond GDP outputs and material stability to take into account holistic indicators like the health of the planet and the quality of our daily lives – with a particular emphasis on the conditions that enable citizens and communities to thrive and be empowered. 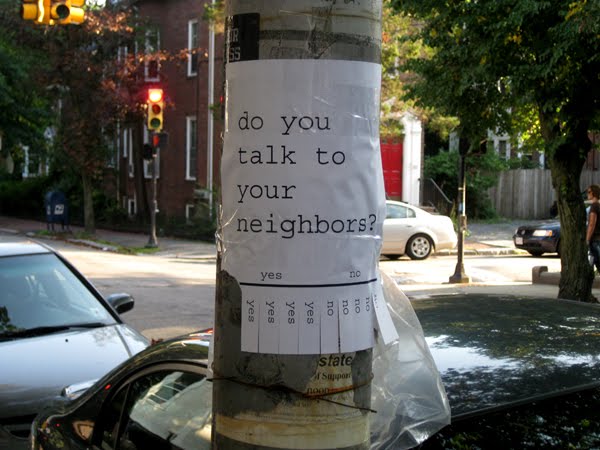 Tim Devin has been putting up broadsides, or small posters, in the Boston area since last March.

In my Thesis Chronicles series on CoLab Radio, I explore practical applications of "place-based creative problem-solving" through a series of posts that introduce creative citizen initiatives across six categories: placemaking; eating and growing; resource sharing; learning and socializing; steering and organizing; and financing. The articles feature examples that can be found in the Enabling City toolkit, as well as initiatives that were launched following its publication. The aim of the series is to raise the profile of these inventive solutions and present them as alternatives to traditionally static forms of civic engagement. More importantly, I hope they serve as inspiration for individuals and communities to unlock their creative potential and embrace the contagious effects of collaboration.

Nine months into the release The Enabling City, my confidence in the power of the everyday has only increased, and I feel just as strongly about the capacity of communities to act as catalysts for positive change. As I write in one of my posts, “what happens in resilience circles, lending networks, co-working spaces, social enterprises, business alliances and public spaces can have surprisingly far-reaching social outcomes.” I find it reassuring to know there are countless "ordinary" people out there working hard to prove to us just how much these local efforts matter.

Chiara Camponeschi works at the intersection of interdisciplinary research, social innovation and urban sustainability. Her latest project, The Enabling City, is based on graduate research conducted at York University’s Faculty of Environmental Studies in Toronto, Canada. To learn more about the project, visit the website or follow The Enabling City on Twitter.

This post is part of CoLab/Polis Thesis Chronicles, a forum for sharing student research on cities. To share your thesis work, drop us a line at info@thepolisblog.org.

Credits: Photo of design festival from Esterni. Photo of broadside from Tim Devin.