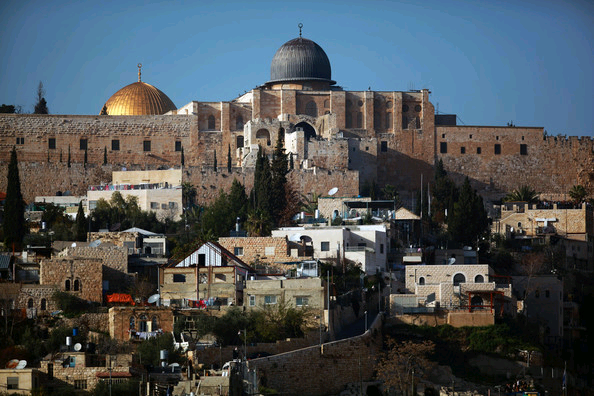 Ever since I took Alan Ingram's inspirational course on geopolitics at the University College London in 2009, I have been intrigued by the idea of security urbanism — the growing tendency to plan and build cities with “security” as the guiding rationale — and its tendency to harm the lives of society’s most vulnerable groups. This interest has been widely shared in academia, with notable examples including Mike Davis’ seminal City of Quartz and Jon Coaffee’s work on cities in the U.K.

Much of this work has focused on spaces of security — airports, gated communities, shopping malls — how they are produced, and what their implications are, particularly for Henri Lefebvre’s Right to the City. Much less discussed, I think, is the deliberate and calculated production of insecure spaces, precarious urban geographies where life is actively made vulnerable. How are they produced? What form do they take? And more importantly, what is their relationship with secured urban spaces?

It is this last question that interests me most. Does the practice of producing secure spaces simultaneously engender the production of insecure spaces? Is there a relationship there, whether causal, correlative, or conjunctive? My cautious answer is yes, with some important caveats.

To add some conceptual flesh to this argument, it is instructive to refer to Michel Foucault’s conceptualisation of biopolitics and biopolitical power. In a nutshell, Foucault identified a significant shift in how state power was exercised in the late 18th century, from the ancient sovereign power to “make die and let live” to the modern power to “make live and let die”. Foucault believed that making live and letting die were constitutive of one another: In the process of making certain groups live, other groups were allowed, or even encouraged, to die. As he put it himself:


"The more inferior species die out, the more abnormal individuals are eliminated, the fewer degenerates there will be in the species as a whole, and the more I — as a species rather than individual — can live, the stronger I will be, the more vigorous I will be." 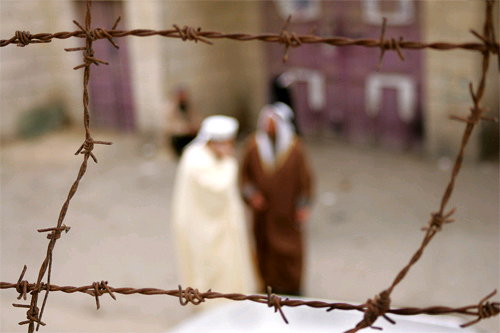 Translated into an urban context, the implication of this view is that to make certain spaces and people secure, it is deemed necessary to make other spaces and people insecure. Space, and therefore space-making professions (architecture, planning, geography, etc.) may thus become intimately implicated in what Achille Mbembe calls Necropolitics, as the medium through which death is managed and eventually brought about.

Perhaps the clearest example of this process is East Jerusalem, a city with a tortured history and a spatially splintered present. Here, the safety of one group does not simply imply their insulation from the outside (through the infamous wall, for example), but also management and control of the outside. A biopolitical logic pervades the production of space in East Jerusalem. In order to secure the Israeli population, the lives of Palestinians are actively made precarious: Land grabs and dispossession are commonplace, rights to free mobility are denied (greatly damaging local economies and problematizing hospital access), and basic infrastructure is deliberately allowed to dilapidate. Even where infrastructure has been improved it is not always clear that this was for the benefit of Palestinians, as former mayor Ted Kolleck candidly noted:


"For Jewish Jerusalem, I have accomplished something over the past 25 years. For East Jerusalem… nothing… Yes, we provided them [Palestinians] with sewage and we improved the water delivery system, but why? For their benefit? To make their lives better? Not at all. There were a few cases of cholera there, and the Jews panicked that it might come their way, so they improved the sewer system and the water system against the cholera."

Yet, it would be far too simplistic to say that this is simply social or spatial exclusion. To be sure, this is a clear case of denying Palestinian people their right to the city. But it must also be recognized that, through the spatial control and management of Palestinians in East Jerusalem, the Israeli state is also including these people within the reach of their sovereign power, creating what Giorgio Agamban has called “spaces of exception," where people’s rights to life are made constantly precarious and too often stripped with impunity. The checkpoint is a material embodiment of this chilling reality.

Jerusalem is an extreme example, but it is not an exceptional case. The process of abandoning groups of people to the fringes of life in the city, while simultaneously maintaining almost complete control over them in name of “security,” is not limited to Jerusalem alone. Even a cursory glance at the dynamics, past and present, of a range of cities indicates that this is a more common process than we may wish to think.

To name only a few examples, we could apply this thinking to the precarious lives faced by the homeless on the streets of Los Angeles, the increasingly militarized policing of informality in cities across the developing and developed world (particularly in Sao Paulo), the history and persisting legacy of South African apartheid and its use of temporary law-and-order police, and the mobilization of health and security discourses to free up prime real estate areas from their current use as informal housing.

We must be mindful of how urban spaces are produced, particularly in the name of security.


Joe Penny is a researcher at the new economics foundation (although all opinions expressed here are his alone). He is interested in the production of urban space, security urbanism, and the right to the city.


Credits: Images of East Jerusalem from Zimbio and Flickr.