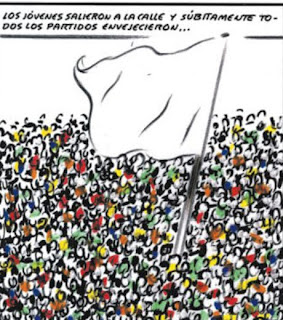 This has been an exceptional year for democracy. There have been numerous pro-democracy protests in cities around the Mediterranean. Some have led to the overthrow of dictatorial regimes. Others have turned into civil wars.

Spain is one of the countries where people are demanding stronger democracy (see Melissa García Lamarca's recent post "Spain's Plazas: The Takeover"). Unlike movements southeast of the Mediterranean, Spain has not yet managed to change the system. However, the 15-M movement is still fully active despite meager coverage by major newspapers. You can follow it via Twitter (#15M, #democraciarealya, #spanishrevolution, #acampadasol), Facebook (Spanish Revolution), and Toma La Plaza. Based on collective action and critical reflection, the movement is working to build support through independent media. For example, the Españistan video on YouTube. 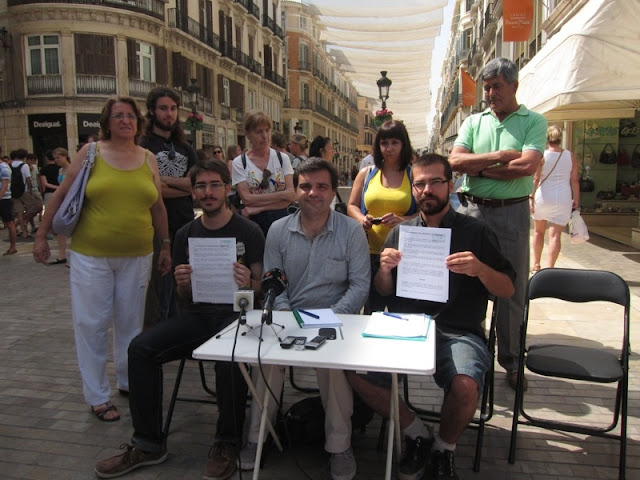 One of the challenges faced by the 15-M movement is conserving its diversity and internal democratic principles. It is not led by political parties or workers' unions. Instead, 15-M works under a mature conception of democracy based on direct participation: anyone participating in the protests can take the lead at any time, temporarily. All political perspectives are welcome, united by a common pursuit of democratic change. The movement is intentionally non-hierarchical. Anyone can join or leave at any time; plaza takeovers are open to all.

However, the movement does need leadership and organization, and leftist points of view are clearly dominant. Participants have reported attempts to exclude those who do not explicitly embrace a leftist vision of reform. Some are proposing to create a new political party to represent the movement. This could threaten the movement's essence. Participatory democracy is grounded in what Jürgen Habermas calls communicative rationality, defining norms and procedures through which positions can be argued and agreements can be reached. A political party would have to function based on rules that are against some of the movement's principles and objectives.

Credits: Cartoon of the 15-M movement in Spain by El Roto. Photo of 15-M participants (in Málaga, Spain, presenting a proposal for a new "popular consultation law") from La Opinión de Málaga.