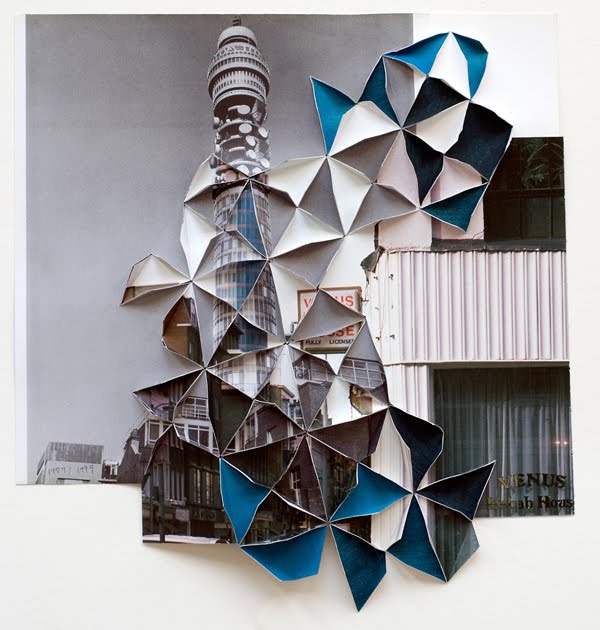 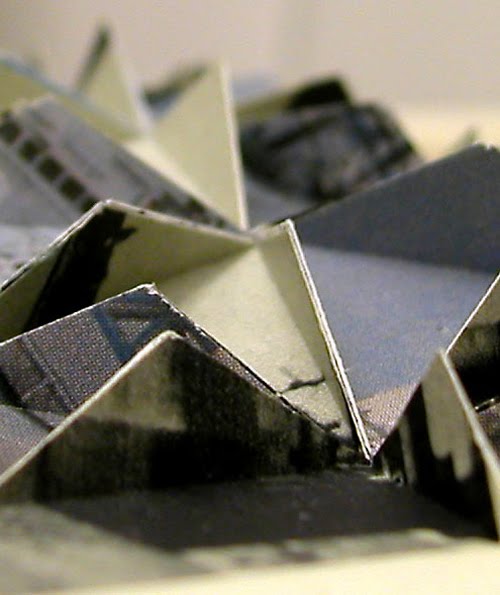 London-based artist Abigail Reynolds creates sculptural collages from photographs found in secondhand tourist guides. Her 2009 series "The Universal Now" features intricate geometric cut-outs and foldings of two different images taken from the same vantage point. As if tourist photographers had somehow come to an agreement on the best compositions for each site, a pattern of desirable angles and distances emerges with time. Each image is used in its entirety, and becomes more or less visible as the viewing angle changes.

Abigail Reynolds has been exhibiting in group and solo shows throughout Europe and the United States since 2000. She also runs a live-work artist residency program called Assembly in St. Just, England.

Credits: Images from "The Universal Now" by Abigail Reynolds.