An exhibit recently opened at the Barcelona Photographic Archive that uses photography as a tool to understand urban change through time. Titled "Working across Time: Rephotographing Images of Place," the exhibit is the culmination of a series of workshops and a conference exploring "rephotography" organized by the Archive and Arqueologia del Punt de Vista with American photographer Mark Klett. 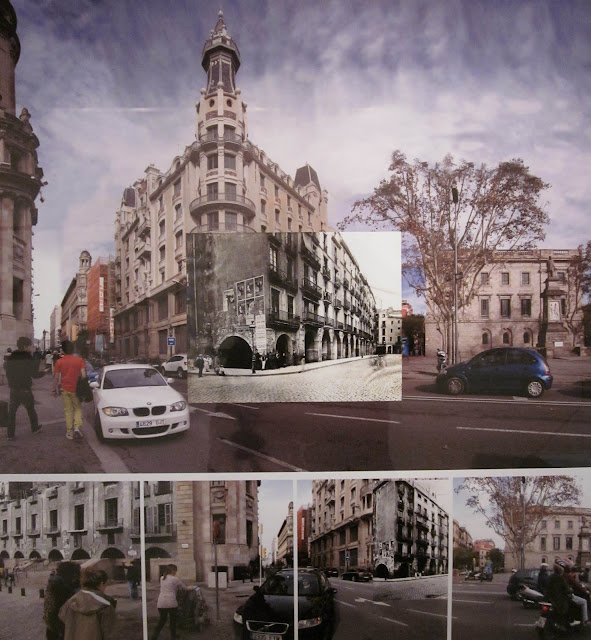 Rephotography is a technique in which a scene previously photographed is shot again to show the passage of time. The process involves thorough research and a selection of historic material to enable someone to place the camera exactly as the previous photographer did. Rephotography thus mediates between the original photographer, his/her successor and the viewer who observes them both. 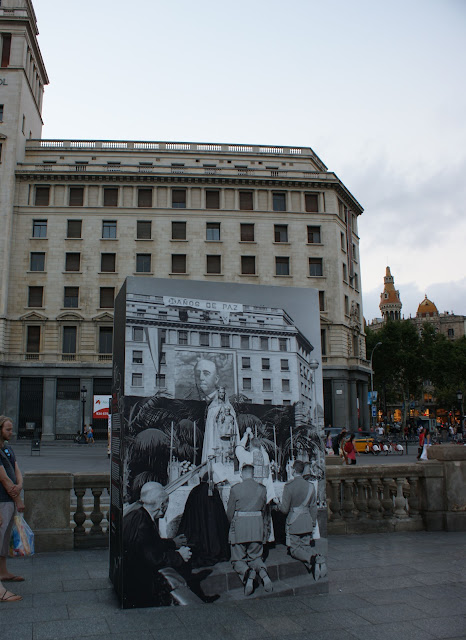 This exhibit reminded me of another way we can use photography to interact with time and space, on a different scale and with an outright political tone. In late 2010, the "Resistance and Repression" exhibit in Barcelona placed twelve life-sized photographs of acts of repression and resistance under Franco's dictatorship across the city, where they had occurred. This  enabled the viewer to engage with these historic displays of power and his/her current experience of the place.

Although less interactive, the rephotography exhibit nonetheless illustrates fascinating changes in Barcelona’s urban fabric since the 17th century. It is on display until May 19 at the Barcelona Photography Archive.