The Marin County Civic Center in the city of San Rafael, Calif., is a striking sight. At once stunning and curious, it was the hyper-modern backdrop to the 1997 sci-fi film Gattaca. For the architecture enthusiast, this National Historic Landmark and UNESCO Heritage List nominee is most recognizably the work of American architect Frank Lloyd Wright near the end of his career. Just as much of Wright's work aspires to harmonize the man-made with its environs, this brilliant, gold structure was designed to "melt into [California's] sunburnt hills." Even as Wright's rare take on a government building embraces the lush hillside, the Civic Center ultimately breaks from the hilltop in a golden, sky-piercing spire and pillars, as well as horizontal lines festooned with geometric shapes. 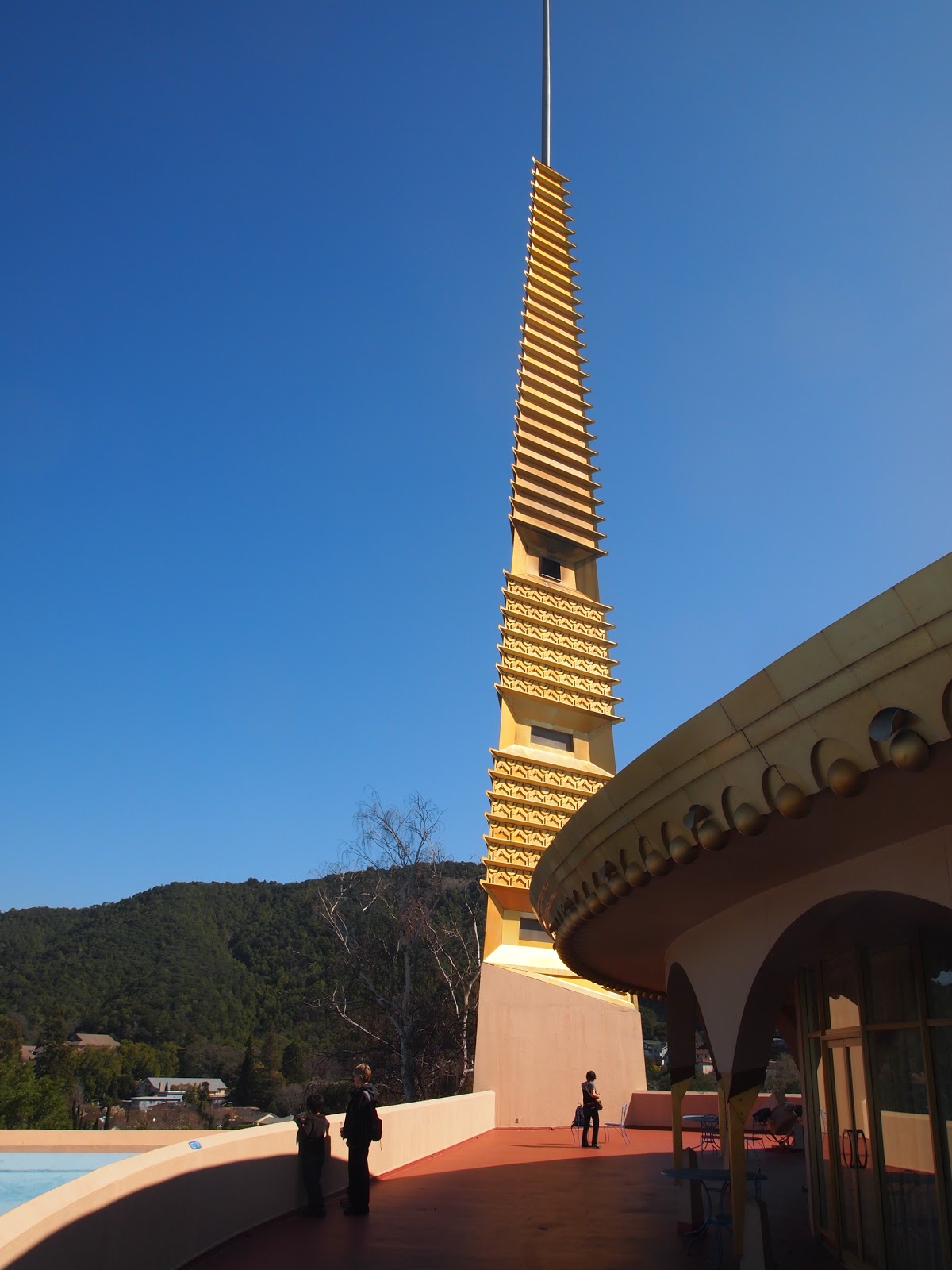 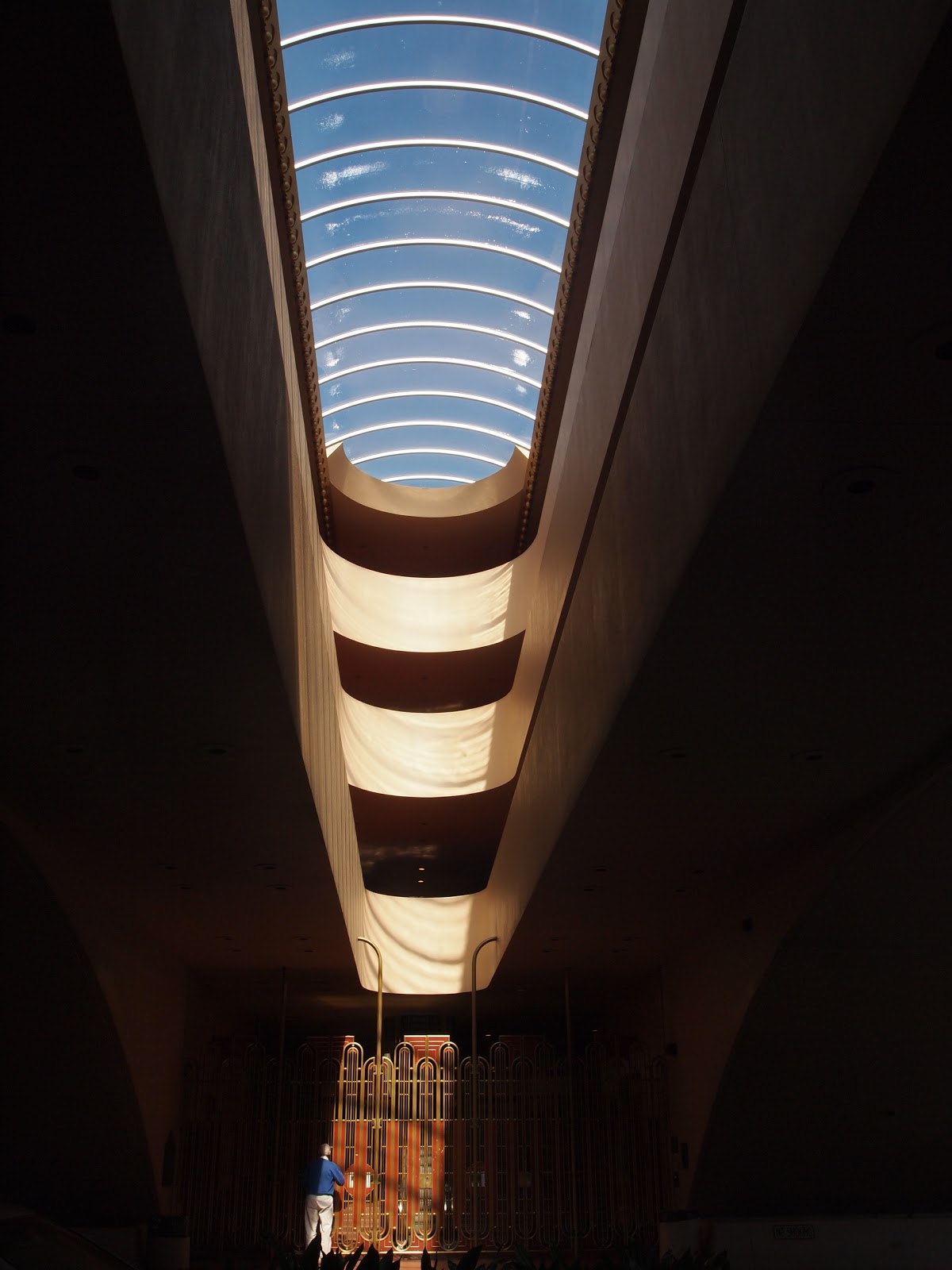 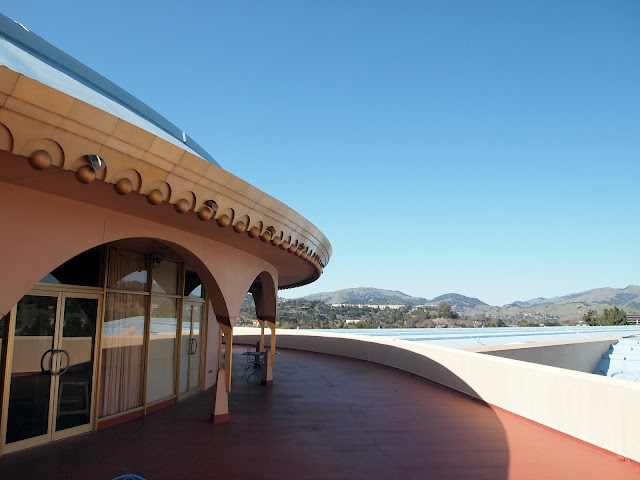 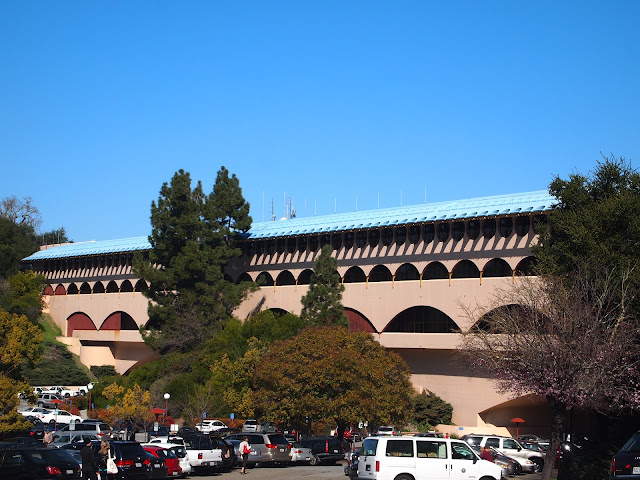 For the visitor who stumbles upon the immediate neighborhood of the Marin County Civic Center on a Sunday morning, its buildings and spaces, taken together, unexpectedly represent both the joys and challenges of an operating society. At its heart is the Civic Center, administrative seat of the local government. Nearby there is a hall for arts and performance events, as well as a farmer's market brimming with fresh local produce and gourmet food for a largely affluent population, along with informal opportunities for concerned individuals and activists to talk to passersby about a range of issues. 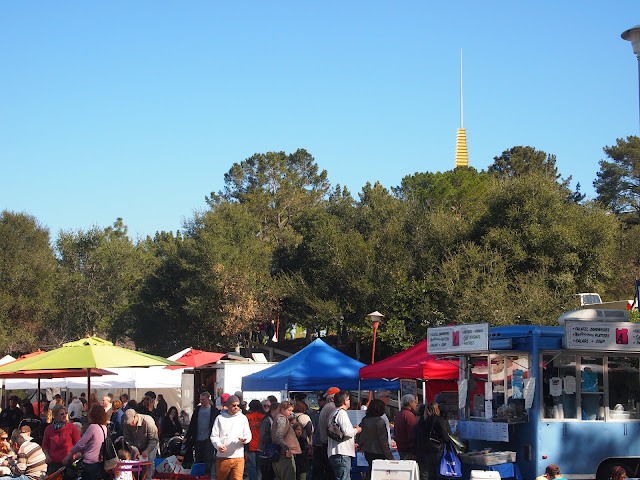 Then, visible just beyond the grounds of the farmer's market and recessed into a hill: the Marin County Jail.

According to the firm AECOM, its design of the Marin County Jail seems to take on some of the principles of Wright's Civic Center:


The project adjoins Marin County’s hall of justice and Civic Center, a national landmark designed by Frank Lloyd Wright. To preserve the character of Wright’s architecture, the facility is recessed into the hillside. The facility consists of 222 medium-security, direct supervision cells arranged in six pods, or clusters. Unique design features include the use of gray water for flushing and landscaping, and the elimination of cell windows. All natural light is provided by skylights and clear lights in the cells. Pod configurations include three general population male pods of 41 cells each, one general population female pod of 35 cells, one pod of 14 protective custody and 14 administration segregation cells, and one medical/mental health pod of 36 cells.

This convergence — of the governing and the governed; the free and the incarcerated; the legislative, judicial and market-driven — brings into relief the vicissitudes of civic life. It reminds the observant visitor not to forget those living at the periphery of our daily lives. Perhaps this setup hearkens back to a time when most cities were much smaller and more observable — a time in which we may have been more aware of the interplay between the state, markets and civil society.

Credits: Photos by Min Li Chan unless otherwise noted in the captions.