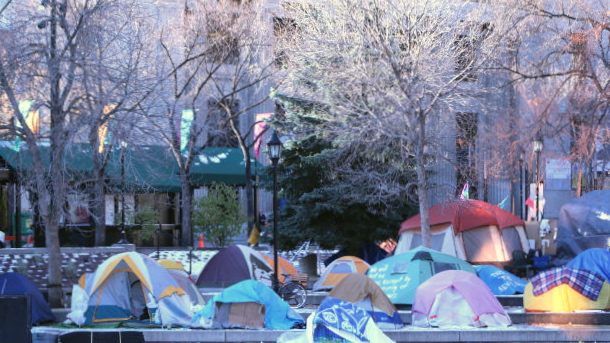 My support for the Occupy movement has changed. I still find it inspiring that people around the world are prioritizing democracy and human wellbeing over profit maximization. My reservations are centered on the idea of "occupying" public space.

The name strikes me as discourteous, calling up associations with military occupation. And despite all the eloquent words about tents as symbols that connect the movement with people in squatter settlements around the world, and the need for urban agoras where dissent can be staged, it isn't really fair to take over public space indefinitely, making it impossible for others to use it as they did before.

It's time for a different approach — one that demonstrates an improvement that resonates for people outside the movement. Convincing the public is essential, and the Occupy strategy doesn't offer a compelling vision. Camping in public squares draws valuable attention but doesn't present a working alternative to the present situation. In the Occupy camps, people have accomplished remarkable feats of organized public service; the capacity exists to turn them into more practical ways of living.

Instead of trying to articulate a common demand, let's just keep developing and modeling public service that attracts, rather than alienates, those who aren't currently part of the movement.