The 2011 Hong Kong & Shenzhen Bi-City Biennale of Urbanism \ Architecture, which started in December, is in its final week at two Shenzhen locations. In its third rotation, this show was curated by Terrence Riley. As expressed in the Biennale's mobius logo, the exhibition reflects on the endless and intertwined relationship between architecture and cities. It brings together local and international architects, urbanists and thinkers and gathers an international array of projects — from Ghana and Bahrain to the Netherlands and China. 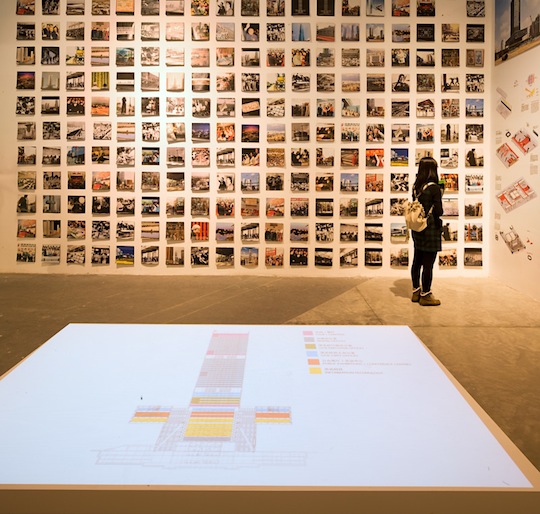 "Shenzhen Builds" and "8 Urban Projects" exhibit contemporary projects that express emerging urban and architectural models in China. Projects include Shenzhen's Airport terminal by Fuksas, Shenzhen's Stock Exchange by OMA/Rem Koolhaas, the Quinhai masterplan by Field Operations, a masterplan in Hangzhou by Steven Holl and Shenzhen's own "Urban Eye" project by OMA and Urbanus. These projects exemplify China's continued interest in architecture, the importance of branding in city-building and new formulas for ecological planning. All of them showcase the optimism and bullishness of one face of China's growth.

"Informal China," curated by Jiang Jun and Su Yunsheng, covers the wall opposite from Koolhaas and Holl and shows a very different side of China's urbanism. Building on the work of Urban China Magazine, the exhibit is described "as a magazine 'remixed' in a form of wallpaper." Through text, photos, archival images, diagrams and figures, Jun and Yunshen explore society architecture, politics, and economics, unrolling a compressed but compelling history of China's urbanization. This is a history torn between the ad-hoc and the planned, between the formal and the informal, "between systems of control and laissez-faire." 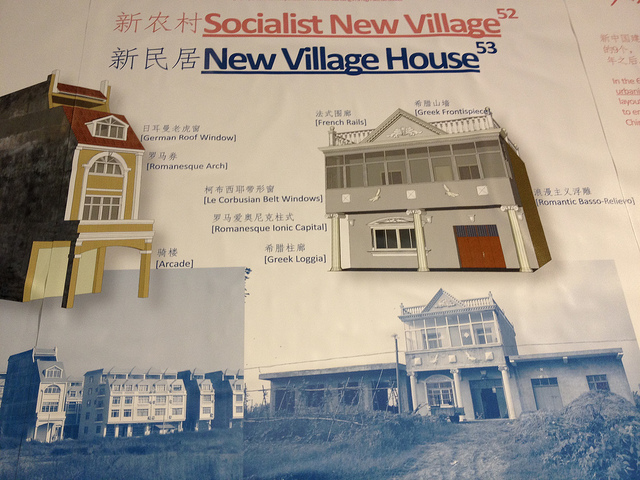 Perhaps following the Biennale's "Bi-City" theme most closely, "Counterpart Cities" explores the relationship between Hong Kong and Shenzhen in their shared context of the Pearl River Delta. The exhibit curators — Jonathan Solomon, acting head of Hong Kong University's architecture department, and Professor Dorothy Tang — asked each of six participating teams to envision three systems of interdependency over the next 50 years: potable water, port infrastructure and wetland ecosystems. Teams were asked to reflect on ways in which each system may impact urbanism in the future, especially amid sea-level change, population growth and political reunification. The visions of the six teams —which were split between practitioners and educators from Hong Kong and Shenzhen — veer between poetic practicality and grandiose subtlety. 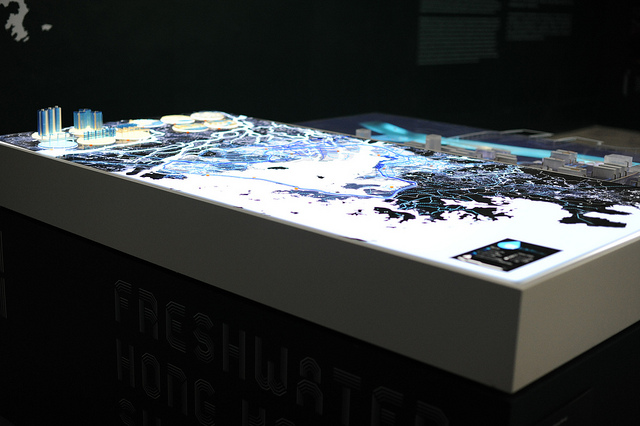 "Counterpart Cities" opens in Hong Kong on Feb. 18. Other exhibits open in Kowloon Park on Feb. 15 under the theme "The Tri-Ciprocal City: The Time, The Place, The People."