Partizaning, a new group of artist-activists based in Moscow, is practicing a unique form of tactical urbanism in Russia. Their creative projects encourage residents to participate in improving their cities using accessible tools, limited only by their imaginations.

As a project, it stands apart for its use of art in public spaces — both on streets and online — as well as in its approach toward improving cities through participatory, grassroots engagement focused on social and environmental issues. The website is a forum to share ideas and inspire people to organize events and projects that reclaim city streets while pushing the established limits of arts practice. Through analysis, critique and documentation of street art, urban interventions and social activism, it provokes thoughtful dialogue and action towards instigating change.

At the intersection of simultaneous evolutions in street art and social transformation, Partizaning blurs the boundaries of ecological sustainability and participatory urban planning by using art as a tool for action. The long-term goal is to establish a social arts movement, using a variety of artistic, DIY and tactical urban interventions, to create change, promote participation and improve cities around the world. 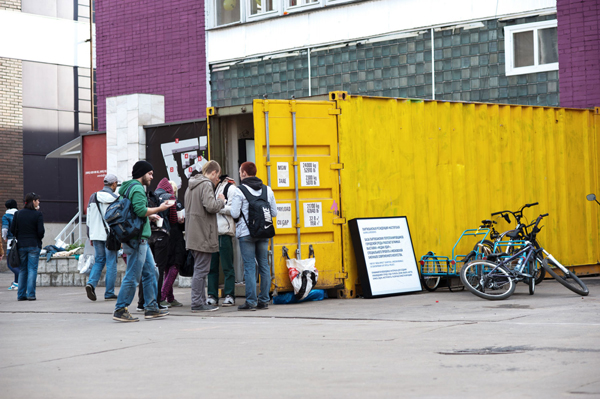 Partizaning takes an interdisciplinary approach that brings art together with environmental, social, political and urban activism. In an effort to promote participation and re-planning of urban spaces and create dialogues that are creative and interactive. This effort bridges research and practice, past and present, critique and implementation. Several aspects are in line with what is increasingly becoming known as "tactical urbanism."

The strategy goes something like this:
The strategy is also in line with a growing participatory urbanism witnessed in cities around the world. People are increasingly questioning ownership of public spaces and how planning decisions are made. Brooklyn-based DoTank, for instance, is an "interdisciplinary organization that works to improve the commons by being a Do-Tank, as opposed to a Think-Tank, for urbanism." Their project #whOWNSpace addresses conflicts arising out of the privatization, commercialization and militarization of public space.

While the approach is new, grassroots community-based organizing in Moscow is a part of the city's history. In the past, self-managed groups and community-based organizations have sought to improve their homes and neighborhoods through a variety of efforts and activities. However, a key difference in the Partizaning strategy is to leverage art for expression and to engage the community using media and social networks to spread ideas and strategies. This allows people to connect beyond the limits of their locations and collaborate across the city, or world, to promote more livable cities. Partizaning recently installed a series of street signs featuring social critique in Amsterdam. Here is a map of the project. The group is inspired by situationism and makes use of psychogeography with the aim of social change.

Partizaning's activities have developed organically with the evolution of art history, street art, urban interventions and contemporary activism in Moscow and similar trends witnessed in other cities around the world. For instance, street art has changed over time and can now involve local communities who use streets as a forum for public expression. It now also includes urban interventions and 3-D public art, such as performances. Similarly, environmental and political movements in cities are increasingly creative and activist, with the Internet as a new forum for collaboration, expression and change-making. Leveraging the potential of street art — including public and urban interventions — creates immense possibilities to challenge the status quo. 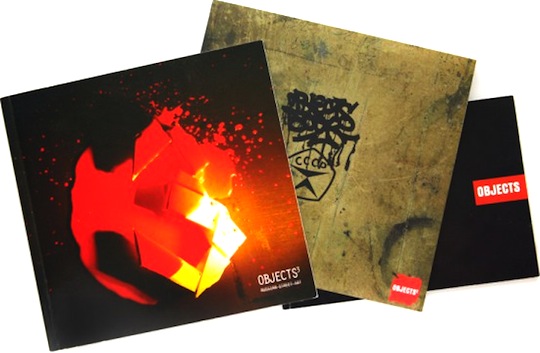 Street art generally receives little thought, dialogue or analysis, particularly in Russia — the Partizaning website is an effort to change this. Instead of putting street art in galleries, it promotes the idea that artists aspire to create their works outside and make them useful. In this way, it is partly a call to other artists to be involved in their cities. It is also a call to residents to use the website as a forum and resource to share, collaborate and address their situations.

Partizaning challenges the dichotomy between street art and fine art, and the aspiration of street artists to move away from the streets and into galleries and museums. This is partly a response to Moscow’s monopolistic art market and lack of used public spaces. It also highlights art as public participation and emphasizes the need to be active on the streets to do more for the environment and society. 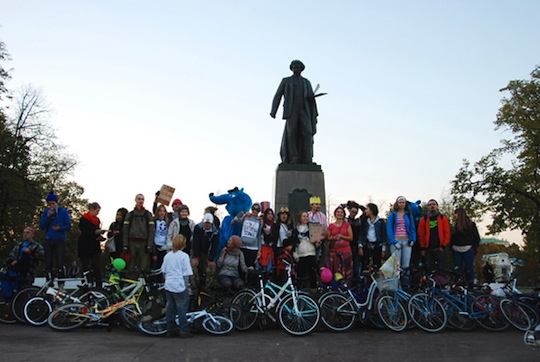 Participants in Delai Sam, a week of DIY activities — including many art interventions — aimed at raising environmental awareness. It takes place every 6 months, and the next one will be in Moscow from Apr. 14-22, 2012. Source: Partizaning

The project and strategy have emerged from the Russian tradition of revolutions and grassroots activism as a response to monarchies and autocratic rule. This tradition is also that of a non-conformist culture. Many ideals of socialism remain salient, without holding the failures of the system against it. In the tradition of kitchen table meetings, Partizaning is driven by citizen interest, activism and engagement— rooted in a strategic and revolutionary framework and an effort to critique, analyze and participate in the public realm and in public spaces.

A street is perhaps the most democratic and open of urban forums. In a city, the physical street is our lowest common denominator — all residents interact with the streets, the most basic of public space. People write on walls when driven by passion or lack of alternative venues for expression. Because of its open format, street art represents a powerful form of expression and holds immense potential for collaboration, information sharing and change-making. Through works such as installations, guerrilla gardening, street signage and mapping projects, Partizaning is motivating Muscovites to strategically leverage the language of art as a tool for expressing themselves, raising awareness and improving the city.

In ways similar to public streets, the Internet offers an online forum for expression and collaboration that is perhaps unprecedented. Streets have become so controlled and formalized that expression, interaction and collaboration is now, in some ways, easier online. Partizaning seeks to use its website to exchange ideas, strategies and experiences with other movements around the world who are not satisfied with the status quo. It also aims to be a place for critical dialogue and constructive re-imagining.

As an interdisciplinary, participatory and art-based movement, the strategy has the potential to help people in cities across the world to creatively engage with and ultimately change their communities and cities.

Shriya Malhotra is an urbanist from New Delhi, India who believes in arts-based participation and mapping to create better cities. She writes for Pattern Cities and is an editor at Partizaning.