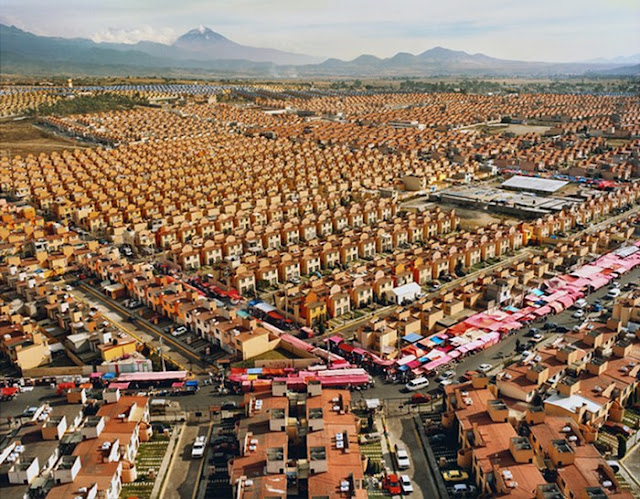 Livia Corona, a photographer from Ensenada in Baja California, spent four years exploring former Mexican President Vicente Fox’s electoral promise of building two million homes for low-income families across the country. During Fox’s six-year presidency, which ended in 2006, more than 2.3 million homes were built at a mind-boggling rate of 2,500 homes per day. Most of these developments lack public amenities such as schools, parks and transportation systems, and there are few commercial establishments, such as banks and grocery stores. 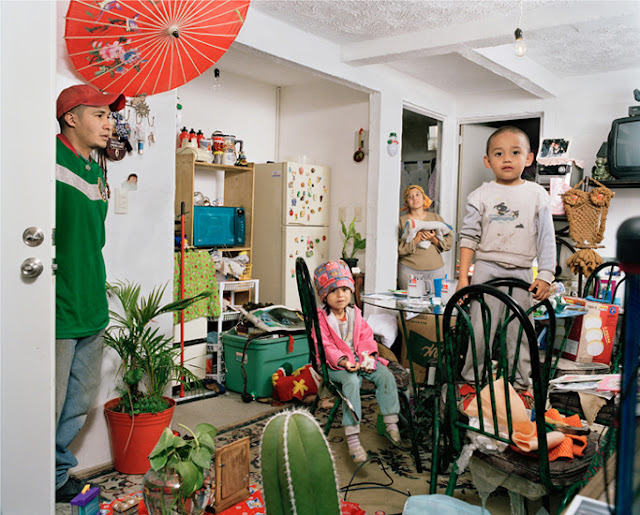 Corona's photos illustrate the rapid-fire transformations of social and ecological landscapes across Mexico, making visible this country’s urban development on a massive and daunting scale. She has a remarkable ability to capture the effects of this transformation upon individuals, exploring what happens in homes nestled in a uniform expanse of development. 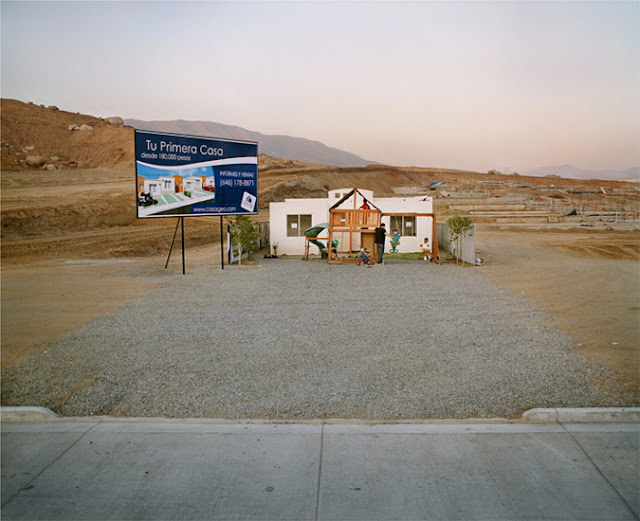 More of the "Two Million Homes for Mexico" project can be viewed at Culture Hall. Learn more about Corona's other photography projects on her website. She will also be exhibiting her work at the Valencia Institute of Modern Art's "Ciudad Total" exhibition from May to July 2012.