"We are at a time when architecture should slow down and let ideas gestate, and that means that architecture can actually be doing things," he said in the lecture. "It’s not so much about form versus functionality. Rather, it’s about doing both and doing them a lot and doing them well—and that’s how we should be talking about architecture." 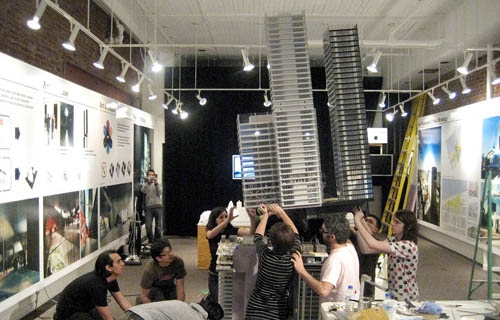 Prince-Ramus is principal of REX, an architecture and design firm based in New York City. He was the founding partner of OMA New York — the American affiliate of the Office for Metropolitan Architecture in the Netherlands — and served as its principal until he renamed the firm REX in 2006.

The motto of the firm is to "design collaborations rather than dictate solutions." The idea is that the false notion of "starchitecture" diminishes the real teamwork that drives celebrated architecture. Another aim is not to rush to architectural conclusions. According to the firm, the largest obstacle facing clients and architects is their failure to speak a common language. By taking adequate time to think with the clients before commencing the traditional design process, the firm claims that they can provide solutions of greater clarity and quality. 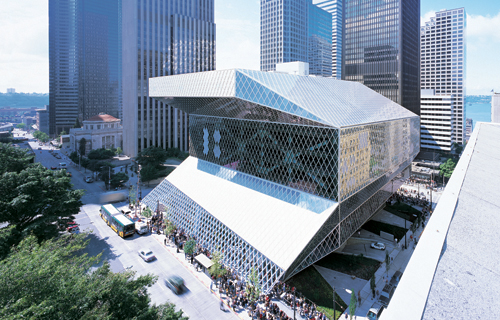 The Seattle Central Library for Seattle’s 28-branch library system was completed in 2004.

During the lecture, Prince-Ramus described the process of designing the famous Seattle Central Library from 2004. On that project, his team identified competing notions of what a library should represent: a place for media or social responsibility. REX developed a design that didn’t exclude either but rather took into account the library’s need to evolve over the years according to changing priorities in the media and digital space and its role as a community center. 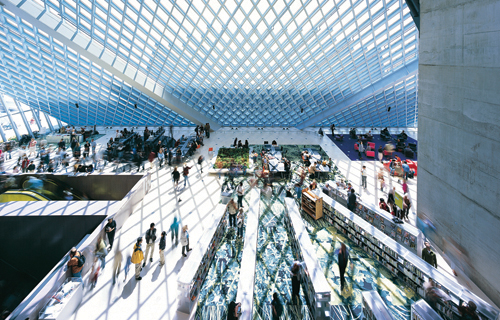 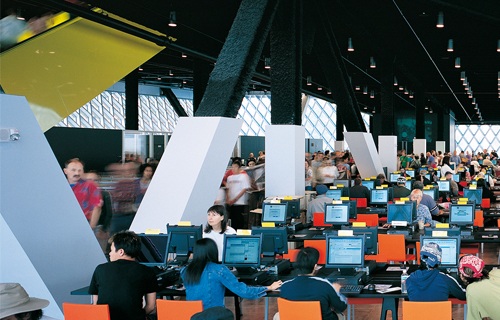 The "Mixing Chamber" in the Seattle Central Library.

Prince-Ramus also talked about using this approach in designing the new Dee and Charles Wyly Theatre in Dallas. The process resulted in a versatile space that allows the theater to offer a variety of staging options, including sections that can merge with and incorporate the outdoor space. 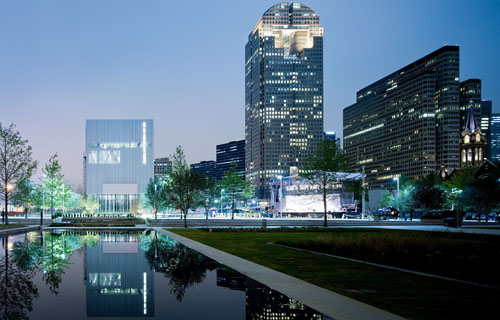 The Dee and Charles Wyly Theater in the Dallas Arts District. 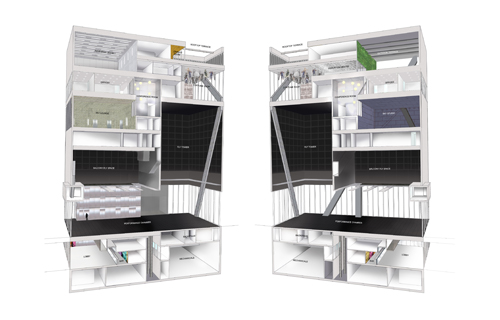 To increase company cohesion, back-of-house spaces dedicated to performers and administrators are intertwined. The aim was to facilitate interaction. 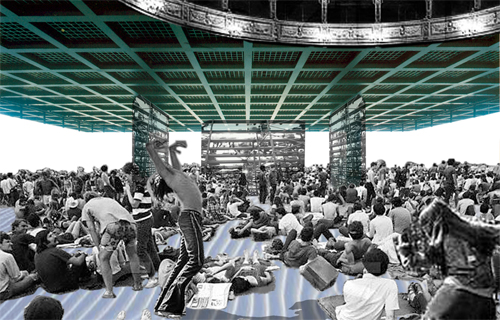 "We moved things around that are normally constrained so that the audience could engage with different parts of the building and even the real world during the performance," he said. "The result is that the theater and its audience have many different opportunities for interaction."