by Stina Hellqvist and Johanna Bratel

Bangalore, the “Silicon Valley of India,” is located in southern India. One of India’s fastest growing cities, it is more than 10 times the size it was in 1949. Although it has recently developed into a globally recognized center for IT and biotechnology, one in 10 inhabitants lives in informal settlements.

Leprosy Colony is an old settlement, originally built in the 1960s by people suffering from leprosy. Located close to the central railway station in Bangalore, the 0.4-acre area is home to 1,200 people. This informal settlement is exceptionally dense and has 30 times as many people per acre as Manhattan.

Paths are narrow, and most open spaces between structures are covered by low roofs. Although the amount of open space is small, it is used efficiently. Because homes are small but house a large number of people, all paths and open spaces are heavily used throughout the day. Cooking, eating, playing and bathing take place outside, and the streets are constantly buzzing with movement and activity. 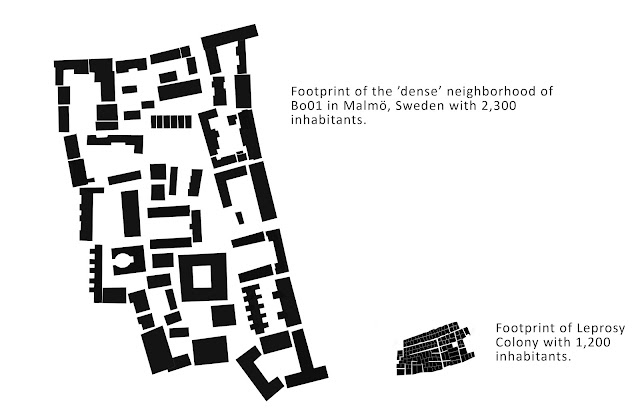 Many of the colony’s residents are segregated from the rest of the city by rigid brick walls and social barriers, and the dense physical framework is limiting. They have poor sanitary services, low tenure security and limited access to public spaces and greenery.

As history has made clear that slums do not simply disappear if they are brutally torn down, rehabilitation is now a key component of official approaches to slums in India. However, rehabilitation projects are often built in a monotonous way and lack cohesive design and planning, which threatens to exacerbate segregation in Indian cities.

How can state-sponsored rehabilitation money be used most efficiently to improve residents’ lives? Despite obvious problems, Leprosy Colony has a range of valuable qualities. With no help from experts, residents employ many of the core “sustainable community” practices that planners tout: mixed-use buildings, local construction materials, a comprehensive recycling system and a pedestrian-oriented layout. They say the best thing about their community is the solidarity and strong neighborhood network — which most dense areas in Western cities lack. 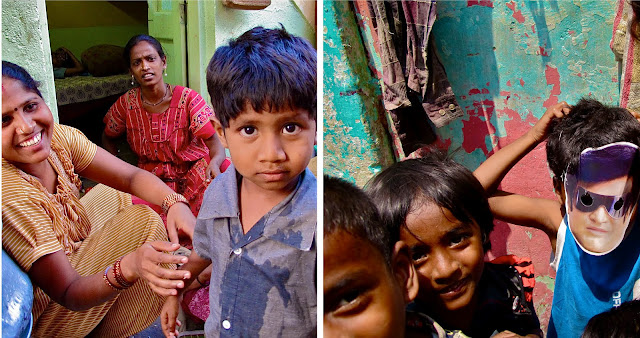 With small actions targeted at key problems, the neighborhood can keep its identity and good qualities, becoming more ecologically, socially and economically sustainable than Western counterparts.

Our proposal for upgrading the settlement, which we call “IN_SITU” (meaning “in place”), is built on the concepts of connection, integration, flexibility and adaptation. It aims to open up Leprosy Colony to the rest of the city and promotes a settlement that can evolve over time. 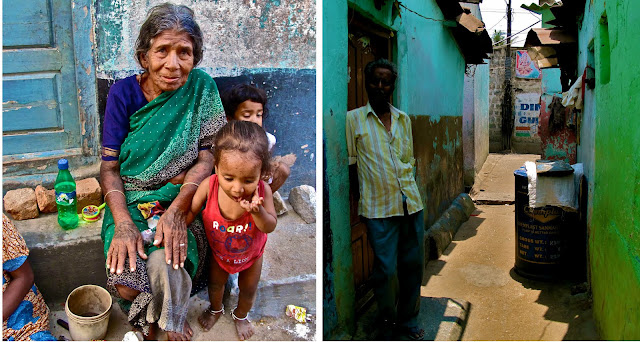 A strong community network is one of the most important aspects of Leprosy Colony, if you ask some residents.

Leprosy Colony, like surrounding slums, is extremely isolated from the city grid. As the settlement has grown organically, many paths within the area has also been cut off throughout the years. It is thus important to increase both inter- and intra-connectivity. We propose opening up existing paths so that they become more direct in order to increase accessibility. This means creating connections between different nodes in the area. 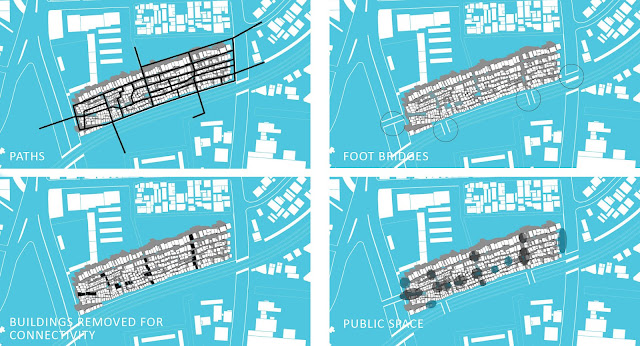 Although open spaces fulfill many important functions for residents of Leprosy Colony, there are few to be found. The ones that do exist are small. “IN_SITU” suggests enhancing these existing spaces and their qualities while also introducing new ones. By preserving their simplicity and not limiting the areas to specific activities, public spaces can stay multi-functional. 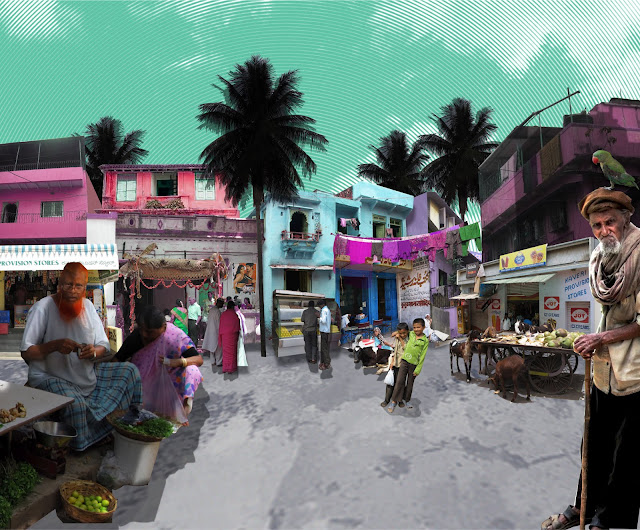 Through upgrading, Leprosy Colony can become more accessible for surrounding areas, and the foundations for enterprises can grows in public spaces.

A flexible anti-flood system and greenery

Every monsoon season, Leprosy Colony suffers major flooding; however, the settlement presents simple and sustainable possibilities for an open storm water drainage system. An existing open channel (naala) stretches along its northern edge, and the whole settlement slopes down towards this channel. By creating five new open storm water drains perpendicular to the naala, water could be channeled out of the settlement. This could be achieved by building up the paths leading down to the main drains to a 2-percent fall.

These five new open paths could also serve as green corridors. Tree plantations along the storm water channels could link greenery in the south and north sides of Leprosy Colony. Also connected to the area’s major public open spaces, these spines would offer great possibilities for community-oriented, small-scale urban farming.

New storm-water channels during dry season and monsoon. Tree plantations along the channels create green spines through the settlement, which are foundations for small-scale urban farming.

We propose an incremental housing upgrading process, gradually improving existing urban structures in situ. The advantage of this approach is that it takes local conditions into account and can adapt to social and economic conditions. At the same time, it is a humble way of taking care of established social structures and communities that play an extremely important role in sustainable future development. 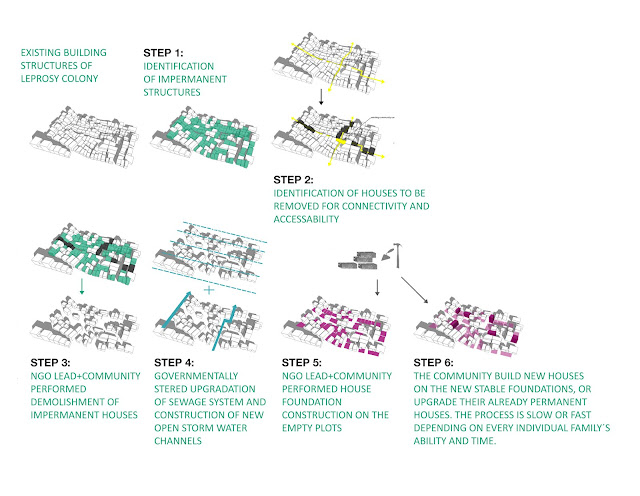 An alternative use of government funding

The traditional procedure for slum rehabilitation in India starts with government money. Under the JNNURM/RAY scheme, around 300,000 rupees ($6,800) is spent per household, often on low-quality, multi-story buildings. We propose that the money be spent supporting the community in a resident-steered upgrading process.

In this way, less money would fall between the cracks (to developers and consultants) and more would reach actual residents. Contractors could do some of the work (such as site- wide plumbing and electricity work), but residents could rebuild their own homes, with support and training from an NGO if necessary.

An alternative use of the JNNURM finances pays for over-bridging, connecting structures.

India has set the goal of becoming “slum-free” in the near future, but the country’s focus is mainly on rehabilitation rather than preventing the emergence of slums in the first place. One of the major forces driving the creation of informal settlements is poor people’s inability to step into the formal housing market. 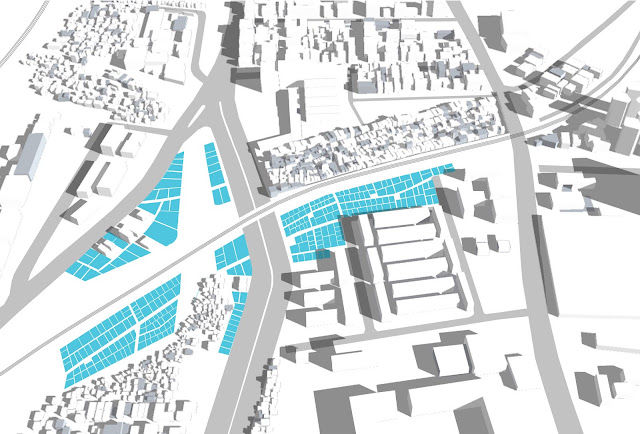 One solution could be for the state to develop a framework for selling small plots in under-utilized areas of the city. By preparing these areas with water, sewer and electrical connections and creating a mixture of plot sizes (but all small), poor people, as well as people from slightly higher social strata, could enter the housing ladder. Small, poorly utilized areas, like the one just southeast of Leprosy Colony, could be cut off into small plots and together form a network of small-scale, pedestrian-friendly areas around the city.

Stina Hellqvist and Johanna Bratel are landscape architecture students at the Swedish University of Agriculture and Life Sciences. They lived in Bangalore, India, for two months to research land use and public space in slums. “IN_SITU,” their proposal for upgrading Leprosy Colony, the subject of their master’s thesis.