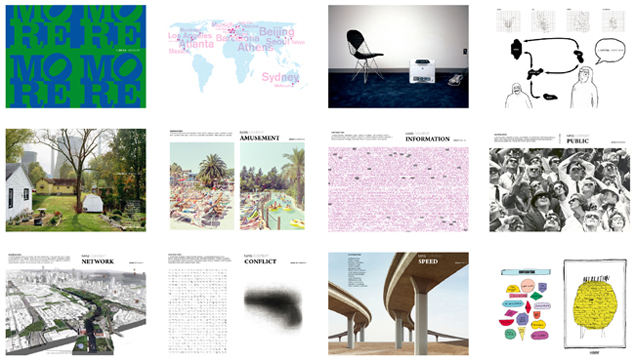 During the first weeks of 2009, a new initiative started to take shape in the design office MAS Studio: an initiative to share the most remarkable ideas and work with the public, produced by designers for people interested in the future of the place they live. The goal was to embrace collaboration, explore new formats of distribution and think in a critical way about the issues that affect how we live. Ultimately, this initiative aimed to generate a collaborative culture of design in the city were it was produced, Chicago, as well as in other cities around the world.

This curiosity and desire to discuss urban issues from a design perspective translated into a series of essays, interviews and case studies that would become the first issue of the design journal MAS Context. 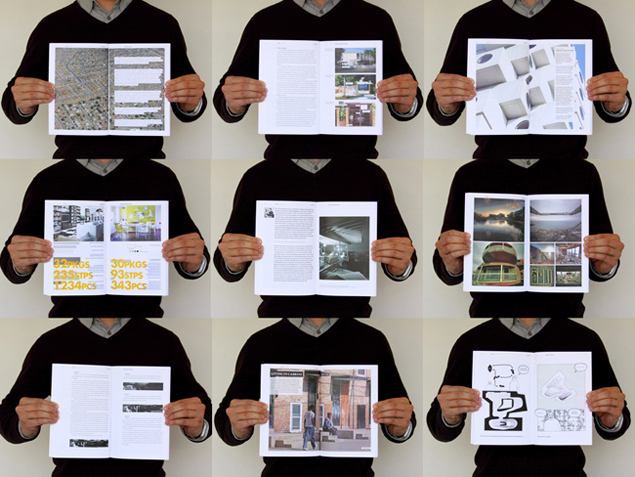 Since then, we have produced 13 issues dealing with topics that influence and inform the way we engage with the places where we live, work and travel, including themes of "information,""amusement,""network,""speed" and "conflict." These issues have featured 150 contributors from around the world and cultivated a readership from 144 countries. Besides the quarterly issues, we produced "University Works," a book featuring 50 architecture projects from 10 universities around the world.

Every issue is centered on a single topic, based on the following core ideas: 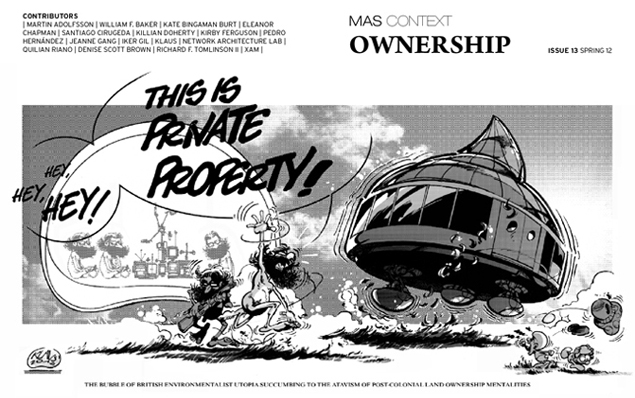 Our latest issue deals with the theme of "ownership." As we describe in the journal, the concept of ownership — the exclusive rights and control over a property — has existed for centuries and in all cultures. Whether state, collective or personal, ownership is one of the most determining factors not only in defining our built environment but also in shaping our society.

But what if the way we live has changed? Can we redefine ownership to adapt to the needs of society? Can that redefinition provide new opportunities for our built environment? This issue is dedicated to examining ownership in our current culture, ancient traditions, legal systems and the physical environment. It explores the concept of ownership in two main areas: intellectual and cultural ownership, and legal and physical ownership. The 13 contributions featured deal with aspects of tradition, identity, creativity, copyright, occupation, privatization, excess, reconfiguration, legality and consumption. They range from urban analysis, architectural proposals, strategic interventions and personal documentation, to discussions and illustration of the role of ownership in intellectual property and in fostering creativity. They address and provide a possible approach to ownership and redefine the concept itself.

MAS Context : Analog included presentations from emerging and established designers, exhibitions by Plural and David Schalliol, and a bookstore by Golden Age.

In this year’s issues of MAS Context, we plan to continue to concentrate our efforts in four areas: Content, Design, Events and Outreach. We want to focus on storytelling, with a new set of topics and establish a strong visual experiential relationship between digital, printed and physical events. We also plan to organize events related to the topic of each issue, and host MAS Context : Analog, our one-day event in Chicago. We aim to build and strengthen our network of contributors, readers and supporters around the world to facilitate a fruitful discussion about key issues, both locally and internationally. In a time of economic and cultural restraint, MAS Context is demonstrating that forward-thinking ideas exist and need to be widely shared and critically discussed.

Iker Gil is an architect, director of MAS Studio and editor-in-chief of MAS Context. He is also an adjunct professor in the School of Architecture at UIC and recipient of the 2010 Emerging Visions Award from the Chicago Architectural Club.