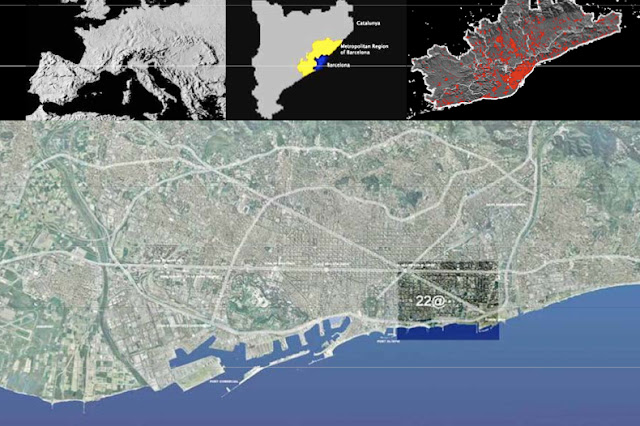 Like most post-industrial cities around the world, Barcelona has spent well over a decade planning how to reshape its industrial heartland. In Barcelona, this is 200-hectare Poblenou, known as the Catalan Manchester at the end of the 19th century. 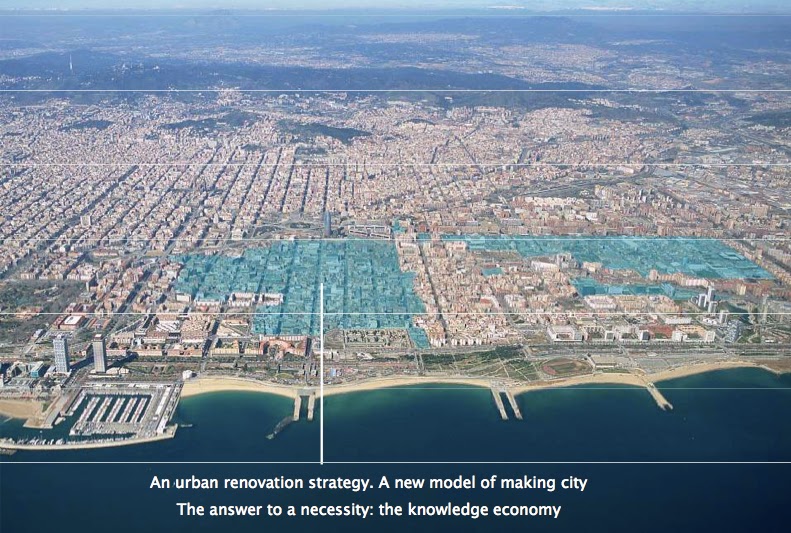 Toward this end, in 2000 the Barcelona City Council approved the 22@Barcelona project. Taking a decidedly entrepreneurial planning approach, it involves transforming industrial land into an “innovative productive district” aimed at concentrating and developing knowledge-intensive activities. The concept revolves around creating economic "motors" for development through media, information and communication technologies, as well as medical technologies and energy clusters "in which Barcelona can aspire to become a world leader." In the past decade, several iconic buildings have have started to visually consolidate this shift, including Jean Nouvel’s Agbar Tower and the luxury design hotel ME Barcelona.

Yet just last week, another face of this project emerged, thanks to several articles and videos in the Spanish newspaper El Periódico, the first with the dramatic title “ Slums of the 21st Century Emerge in the Middle of 22@." Another — "Return to Somorrostro" — features a conversation with 73-year-old Julia Aceituno Galán, who lived in Barcelona’s biggest informal settlement in the 1950s and visits informal settlements in 22@.
These and other pieces reveal that close to a thousand people are living in privately owned empty lots or buildings in Poblenou. These spaces are in limbo, not yet developed due to the burst of the real-estate bubble and Spain’s deep economic crisis. The Barcelona City Council estimates that about 380 Portuguese Roma, 200 Romanians and 400 Senegalese are living in makeshift housing in empty lots or buildings in 22@, many living from selling scrap found in the city.

Anthropologist Manuel Delgado notes that this situation has deep roots. In recent years, Spain has had no decisive policy on public housing, which has given rise to invisible slums. Delgado notes that the current economic crisis has only made visible this latent misery, as the lack of work and end of subsidies has meant that people can no longer even rent a bed for a few hours in a shared house. Although the City Council is contacting owners of the occupied lots, any legal process will likely take some time to reach a verdict. Combined with the fact that Spain's economic crisis is not looking to let up anytime soon, it seems that for now people are here to stay - and that perhaps more are to come.