Coined in the 1970s, the term has gained increasing currency and "buzz" within international development circles in the past decade. "Co-production" refers to an enhanced process of partnership across institutions, combining the strength of civil society groups, the state and private firms to produce policies and programs. Co-production processes aim to change the relationship between service providers and recipients into a partnership: Users become active in the design and management of a program, rather than just passive beneficiaries. By making use of embedded, local institutions it is seen as a way to make development interventions that are culturally appropriate, responsive to local needs and sustainable.

Often, the "local institutions" and civil society partners in a co-production process are actually informal actors or processes. With increasing attempts to put co-production processes into practice (with varying degrees of success), a spin-off has been the re-evaluation of informality. Informality has been seen as a way to support or enhance formal policies and programs, rather than as parallel institutions that hamper the efficacy of formal ones. This embrace of informality within co-production has taken place in areas as diverse as policing, job creation and training, education, banking, the pursuit of political power and even the production of infrastructure, such as roads and water pipes.

In the context of cities, co-production of basic infrastructure presents a particularly interesting phenomenon. It is a viable way to provide essential services to those who lack them, but hits at the very root of our expectations for the role of government and presents interesting challenges for planners, regulators, civil servants and residents. Is this really the demise of the "integrated ideal"? And with what consequences? 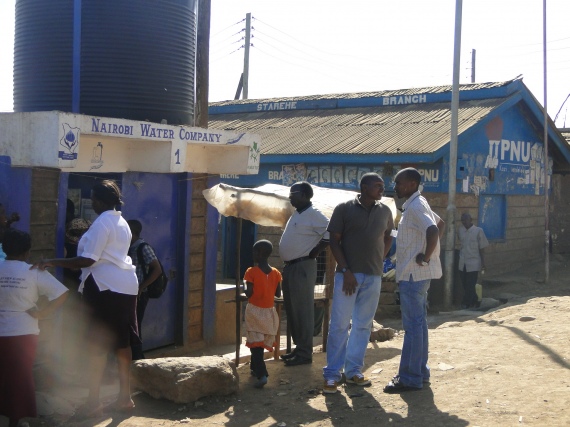 Inasmuch as co-production includes and in some ways entrenches informal processes, it also risks entrenching segregation of services, policies and infrastructure, in terms of quality, form, cost and space. Segregation may be a term we associate with the past, professor Susan Parnell recently made the case that those of us interested in urban development must consider segregation more seriously, particularly as we address forms of inequality and informality in cities. Parnell made this call to reposition our understanding of inequality to include the issue of segregation at a seminar on African Perspectives on Urban Development Planning (a video of which can be found here) at the University College London on Jan. 30, 2012:


"What I want to say is not just that the past continues to haunt us, but also that the inability to deal with the substantive form of inequality in the city means that we are unable to deal with problems like informality… The root causes of and solutions to pervasive issues like informality may well lie with our inability to understand and overcome some of the longer term structural inequalities, and segregation is one of them."

Parnell emphasized that institutionalizing informal forms of service provision can easily institutionalize segregation, as two-tiered systems of services and space emerge. While it is important to engage with informality and remain open to new forms of providing services and infrastructure, we must also retain a long-term view that considers the outcomes of our actions. As Parnell put it, we should start the process of urban planning by thinking about how we would want to be treated in the city ourselves, regardless of whether we were born in a formal or informal settlement.

To date, co-production has been applied with mixed success; much depends on the power relations at play and intentions of those with power. In some cases, co-production has been used as a tool by those in power to exploit informal partners, asking them to work for free (thereby outsourcing work on the cheap), volunteer their time or or take on additional responsibilities for no real reward or positive outcome. These scenarios fit within the self-exploitation critiques of participatory development, which hold that the language of "empowerment" and "participation" are a disguise for perpetuating unequal power relations and justifying unpaid labour. In other cases, co-production has been much more successful, allowing formal and informal, government and civil society to work as partners for mutual benefit (see the case of the Movimento Nacional dos Catadores de Materiais Recicláveis in Brazil).

But the question of perpetuating segregation is still hanging. In Kenya, an informal housing federation, Muungano wa Wanavijiji, is currently experimenting with co-producing water and sanitation infrastructure in Kosovo, an informal settlement in Nairobi. They are attempting to do this in a way that moves beyond institutionalizing segregation. 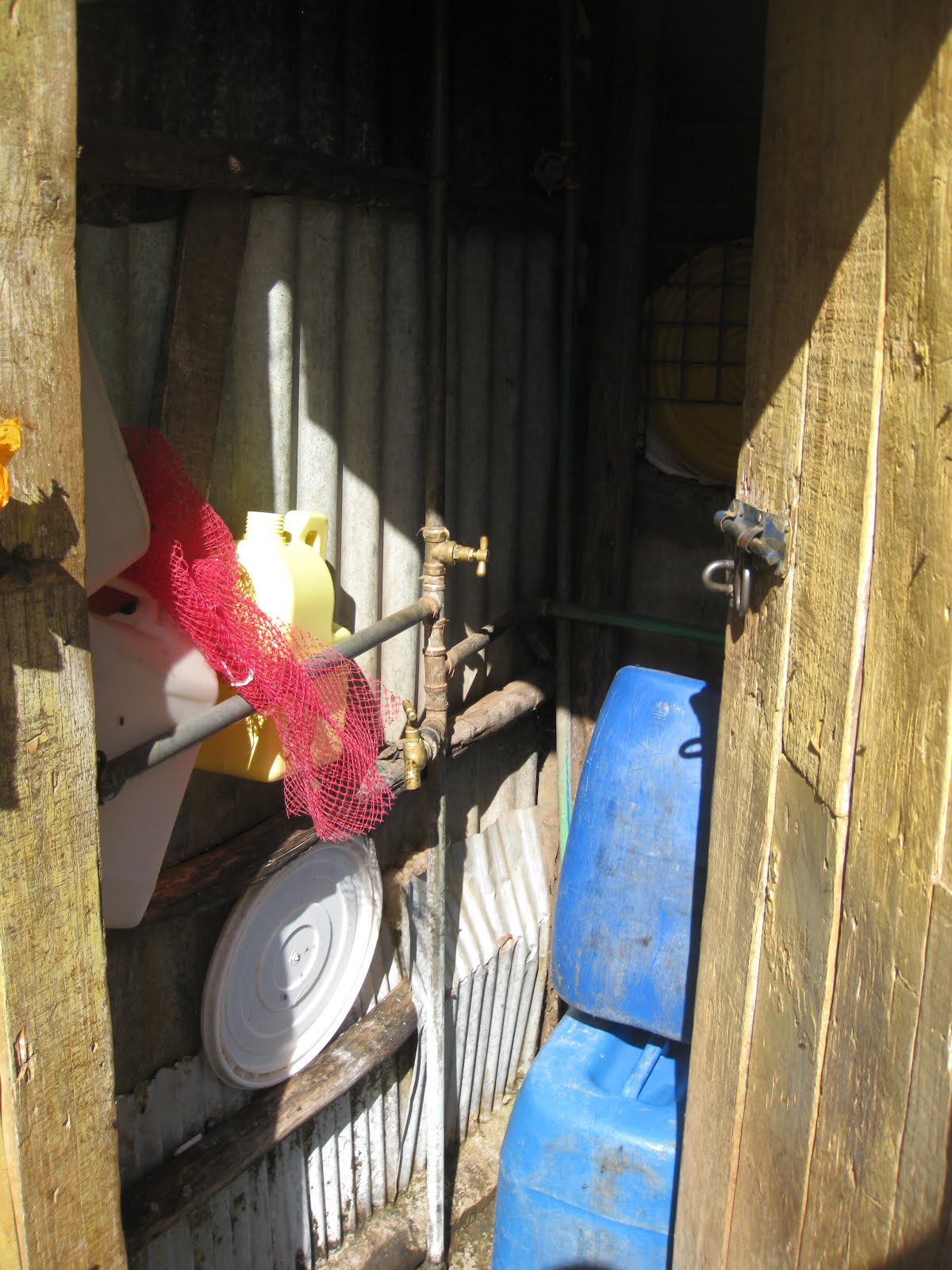 In Kosovo, which has a population of 6,000 households, the provision of water has long been associated with local militia groups, who formed their bases around controlling the provision. The Kenya Water Company refused to build more infrastructure in Kosovo because of concerns about non-payment, water theft and inadequate profits. Through negotiations between Muungano in Kosovo and the water company, it was agreed that a test water kiosk would be built in Kosovo under a "delegated management" model: The community would control water distribution, including collecting fees. Muungano was adamant that every household should have an individual, in-house piped water connection, so the community dug trenches to lay pipes. According to the Slum Dwellers International blog, "In doing so, they developed community structures dedicated to managing and maintaining the water supply. After the Water Company saw this work, it indicated its willingness to come on board.”

Currently, Muugano and the water company are exploring ways to scale-up these processes. Partly as a result of the initiative in Kosovo, the water company realized that it was not structured to respond to the scale of demand for formal services in informal settlements. In response, Muungano is employing GIS technology in surveys of the entire Mathare zone in order to propose an alternative billing system that addresses the needs of both the communities and the company.

The experience in Kosovo hints at a unique strengths of co-production processes: Unlike government or private firms working alone, co-production facilitates the delivery of services to a large number of individuals with diverse needs, even in a context of low top-down resources to deliver services. Like successful co-production processes elsewhere, Muungano sought to fill a gap that was not being filled by government or private providers in a way that reflected local resources and needs, as opposed to donor funding, priorities or improperly imported institutions. Moreover, they were able to work with the water company as partners, retaining control over the design and management of the water system to keep provision affordable and responsive to the needs of the community. All of the households in the settlement were included in this process, not just members of Muugano or more affluent community members. Equally important is that Muungano were working towards eventual integration of the settlement into the formal water system in Nairobi, meaning that in the future, this settlement will have the same quality and level of water service as more formal parts of the city.

Of course, co-production isn’t a cure-all, and it can be done poorly. But when done well, it can address gaps in services and policy that government or private firms alone can’t solve. The formal system cannot be assumed in and of itself to work to everyone’s advantage, particularly the urban poor. Instead of looking to eliminate informality, it is better to analyse existing processes and institutions and design measures to address inequality in a way that reflects existing realities, while remaining mindful of not reproducing current segregation and exclusion.