The Changing Face of Urban Farming in London 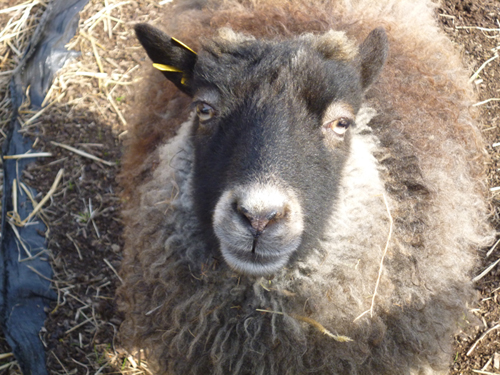 Recently I've noticed that London embraces urban farming in a way I haven't seen in other cities. Last month, I attended the Oxford-Cambridge Goat Race at Spitalfields City Farm in East London, a popular annual event that raises money for the farm. It is housed on a side street off the trendy and boisterous Brick Lane, and like many other city farms in London, offers a study in how to effectively utilize small amounts of urban space.

Spitalfields City Farm resides alongside a small park and a residential area, including council flats and primary schools. The sound of the Overground is ever present as trains rush past, visible behind the small playground and vegetable patches. The farm contains a small menagerie of rare breeds, a weekend community market, a greenhouse and small plots for non-professional gardening. It is a farm that is connected to its community and surroundings. Throughout the week, people can easily buy a range of eggs, plants and compost, as well as other locally made goods. Most of the other urban farms in the area follow a similar template, acting as hubs of community activity and knowledge exchange across central and greater London. 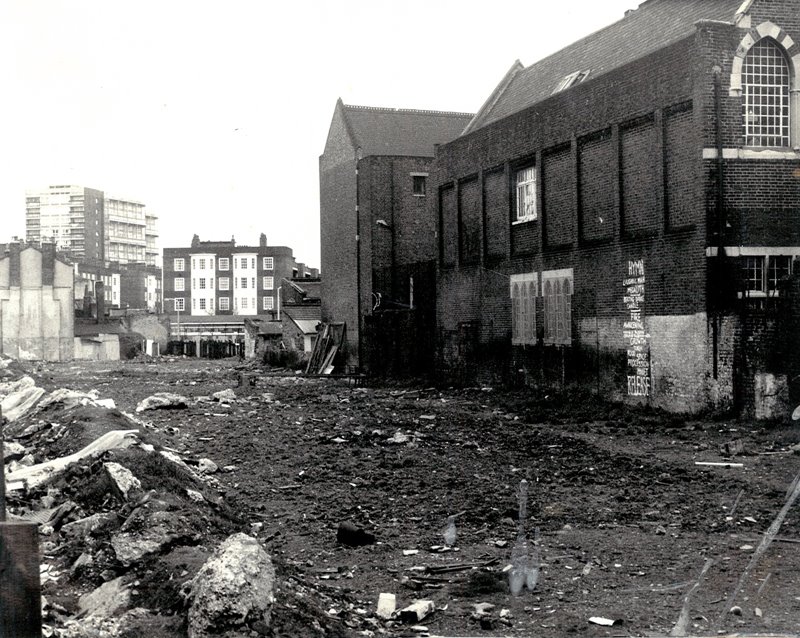 The presence of Spitalfields and other farms not only demonstrates ways in which Londoners are attempting to remain connected to how food is sourced and produced (as evidenced by the rise of boutique markets such as Borough and Brixton), but also serves as a means to maintain a multicultural identity and re-establish communal urbanism in a city that increasingly isolates its citizens. Most farms were built in the 1970s and 1980s by local community groups to provide community space and help people provide for themselves and take responsibility for their area. Built amongst rubble on unused land, these farms were the physical manifestations of people attempting to resist the destruction of their neighborhoods — a symbol of activism. Communities were able to reclaim neglected spaces and create stable alternative environments that subverted expected ideas of what these neighborhoods needed and wanted. Most continue to be run by community committees and volunteers and require donations and council funding in order to survive. Their continued existence underscores the fact that they remain significant to their areas.

Many London farms are located near deprived or marginalized areas. The Spitalfields farm — located in the east London borough of Tower Hamlets — has targeted events at local residents to help them learn how to grow fruits and vegetables (including Asian vegetables, in a nod to the large local Asian population) and cook using seasonal produce. Through these activities, marginalized and under-represented families are able to contribute to farm activities, learn about food production and care, and reconnect the relationship between the food that they eat and the animals that are cared for in the farm. It also allows them to think critically about the sustainability of food production, how and what they eat, and how such food practices affect their families and communities. These connections change the spatiality of neighbourhoods and how they are navigated, creating spaces of interaction and production between residents and the land, as well as among residents.

Farms re-center the role of residents, giving them public spaces that they are allowed to fully participate in and influence. This is further illustrated by Kentish Town City Farm, which is undertaking a community archive project to celebrate its 40th anniversary. Residents are donating stories, photos and videos of the farm during its early years, which are then shown in various projects. Farms act as alternative sites of history, providing an ever-evolving archive of local histories that would otherwise go unheard.

One of the newest urban farms is FARM:Shop, which opened last spring on Dalston Lane in Hackney. Part of a rapid gentrification of the Dalston area, FARM:Shop is a collection of aquaponic and hydroponic environments, as well as traditionally-grown vegetables, located in an unassuming building. The farm uses cutting-edge technologies and uses every space, including a chicken coop on the roof. FARM:Shop also has numerous events, including trade schools. Like the other farms, it relies on volunteers and community members to help with the new techniques. 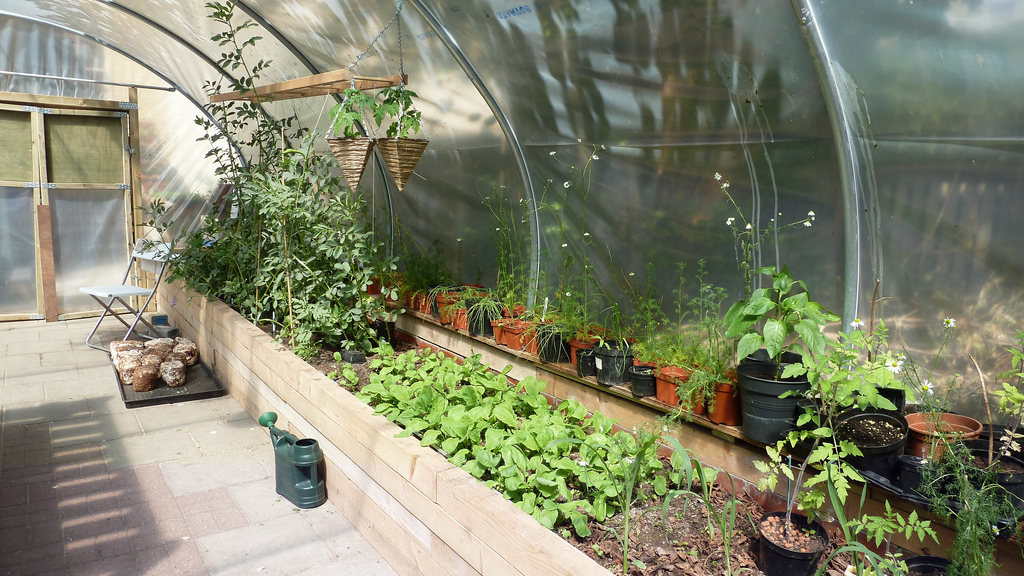 The polytunnel, a type of greenhouse, in FARM:Shop. Source: London Permaculture

FARM:Shop is one of the first of its kind in the world: a modern, working farm housed in a urban building that also offers spaces for events and urban workers. It differs from the other farms in London in that it was created by an "eco-social design practice" with sponsorship by Hackney Council and agricultural companies, rather than locals. Is this the future of urban farming in London as land becomes more scarce and privatized? Will the constraints of old shops and buildings housing farms further transform and blur the boundaries of urban and rural spaces? Will local communities still feel as though they are active participants? Will these new spaces continue archiving community histories? Is this the next stage of urban activism and resistance — using collaboration between businesses and the community in order to create a viable community space?

Urban farming is so much more than adorable animals and markets; it is a symbol of modern London's approach to making sustainable food sources and community spaces. I hope to discover even more of its depths and hidden stories as I continue my exploration of the city.

A list of urban farms in London:
Idroma Montgomery is a freelance researcher and earned her M.A. in Culture, Globalisation and the City from Goldsmiths, University of London. When not blogging, she can be found around London, taking pictures and petting sheep.