May Day in Paris 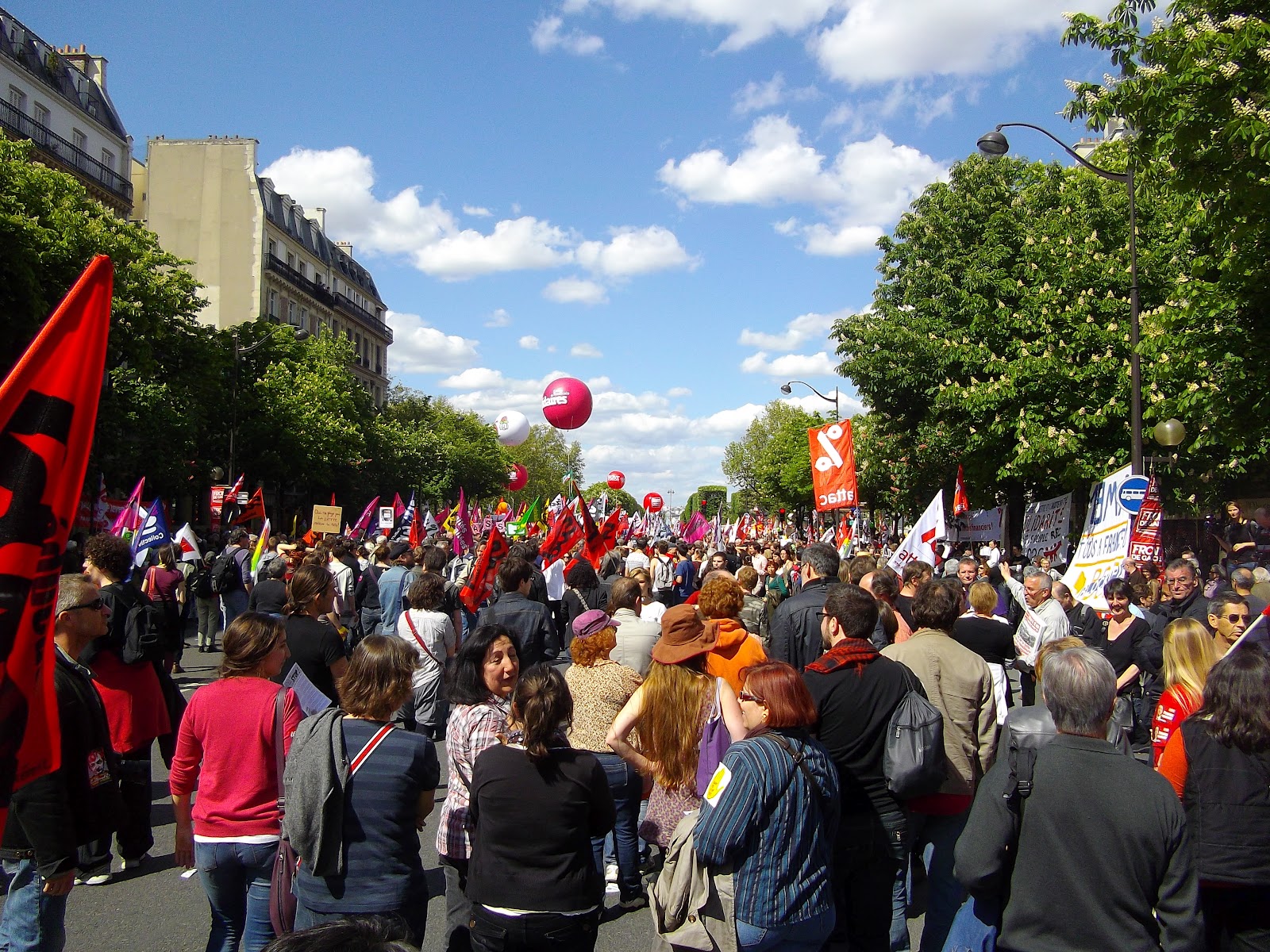 When I was growing up in California, May Day was always a vestigial holiday of sorts. It was the height of the Reagan era, and the few media outlets that thought to mention the day usually did so with menacing photos of nuclear parades in Red Square. We certainly never learned in school that the transformation of May Day from a classic pagan spring holiday into International Workers' Day occurred because of an event in the United States — the 1886 Haymarket affair in Chicago, where police killed several striking workers following a bombing. 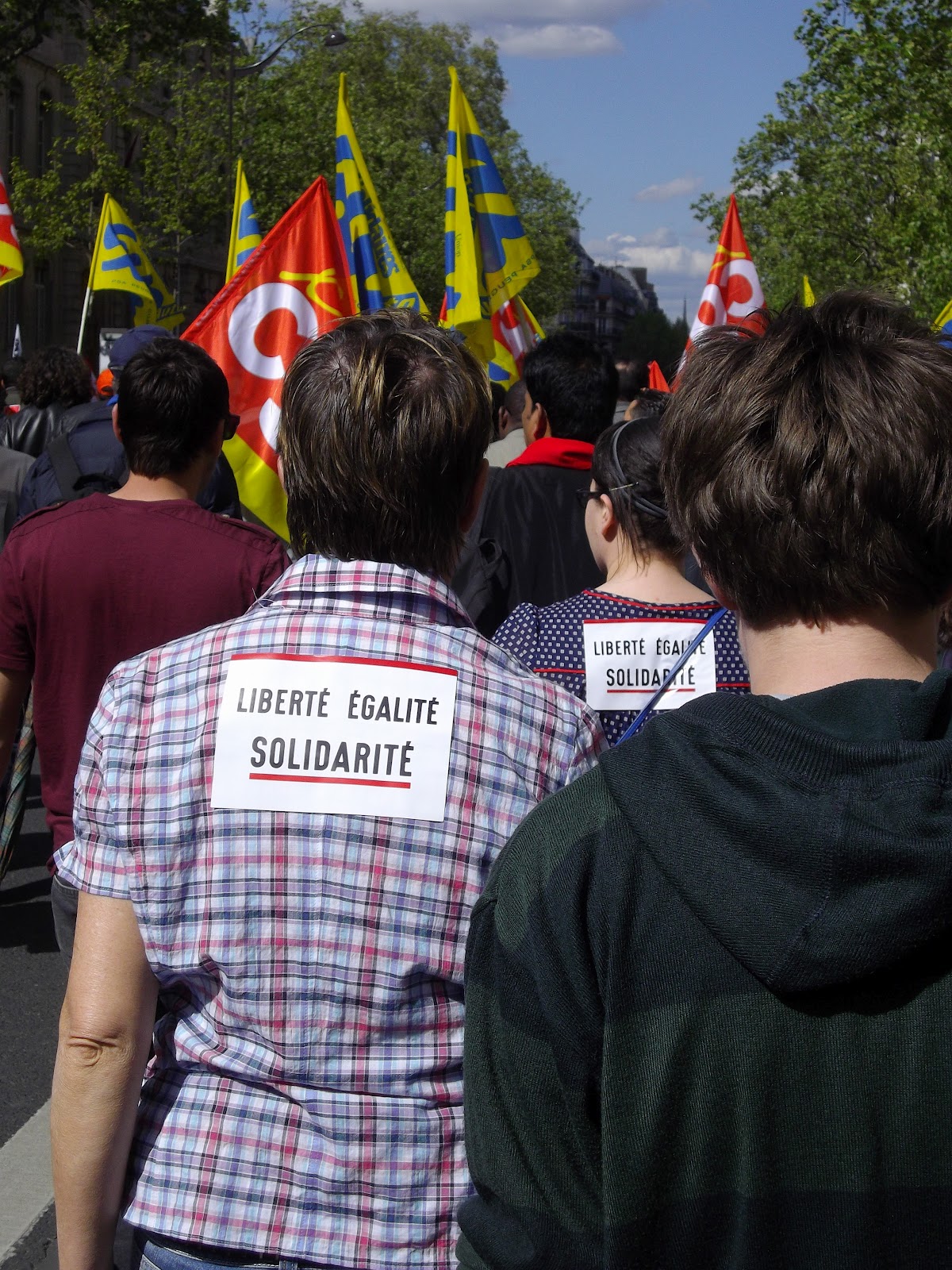 The riots and death in Chicago that day prompted the growing international labor movement to push for a day celebrating labor and commemorating the tragedy. President Cleveland, feeling pressure to institute a labor holiday but fearing that a May event in commemoration of Haymarket would lead to riots, chose a September date for our celebration instead. We have been barbecuing and bemoaning the beginning of school ever since. But at the 1889 first congress of the Second International in Paris, labor leaders worldwide chose May 1, and despite repression from various right-wing governments, the holiday is now widely celebrated around the world. 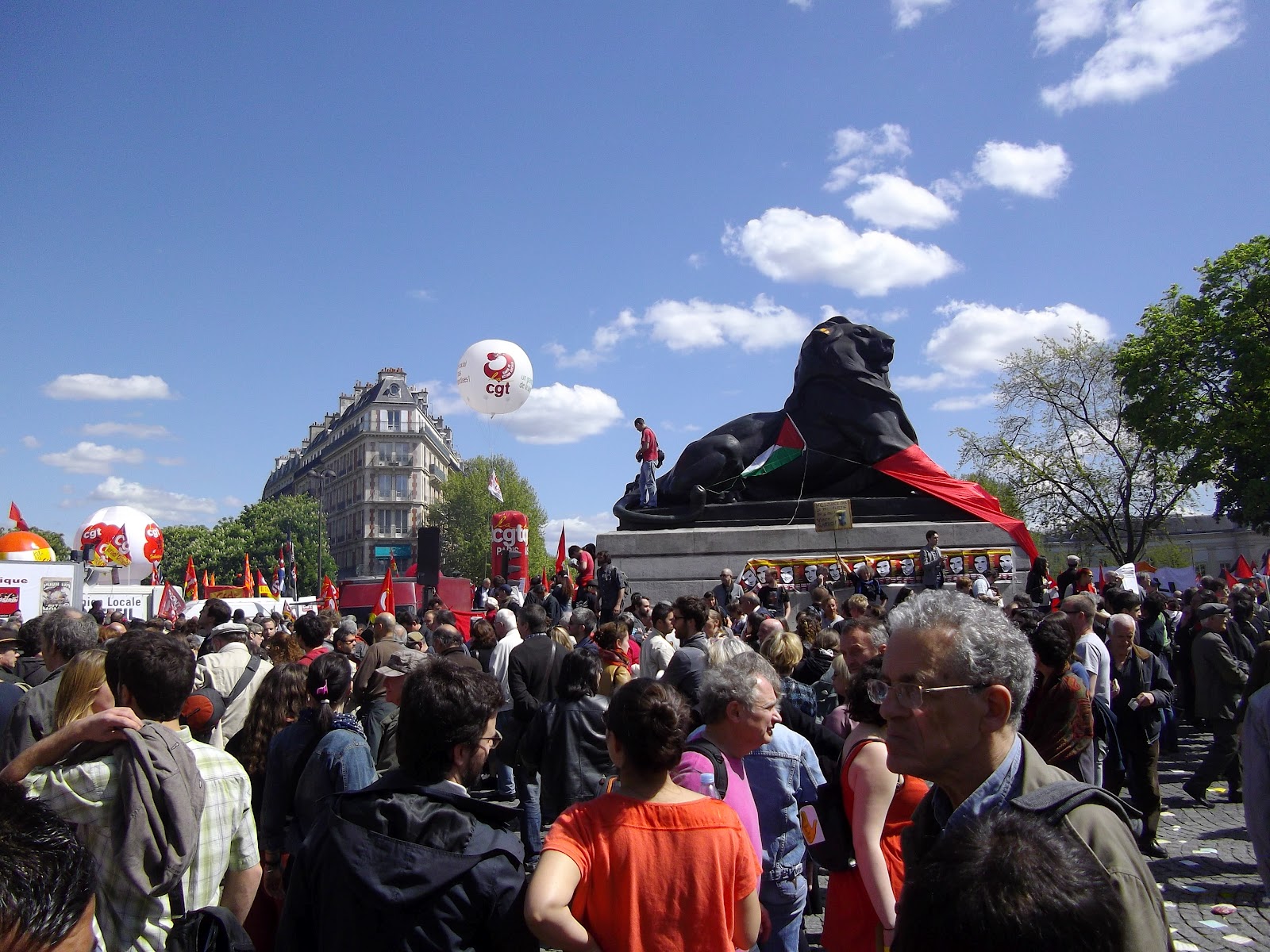 May Day is a truly remarkable event in Paris, as a broad cross-section of the French left works to live up to the dreams of the Second International, at least for a day. Fittingly for a pagan holiday, Tuesday was also the first hot day in one month in the City of Lights, which has felt like London since the end of March. All the major unions were out with their colors, and the banlieue was proudly represented with huge balloons numbered by department. There was music, food and drinks everywhere, and it felt as much like a street party as a protest. As a San Franciscan, the only thing I can compare it to is the Gay Pride Parade — colorful and political, celebratory with an underlying message of social reform, fierce, proud and diverse, and only possible in the streets of a cosmopolitan metropolis. 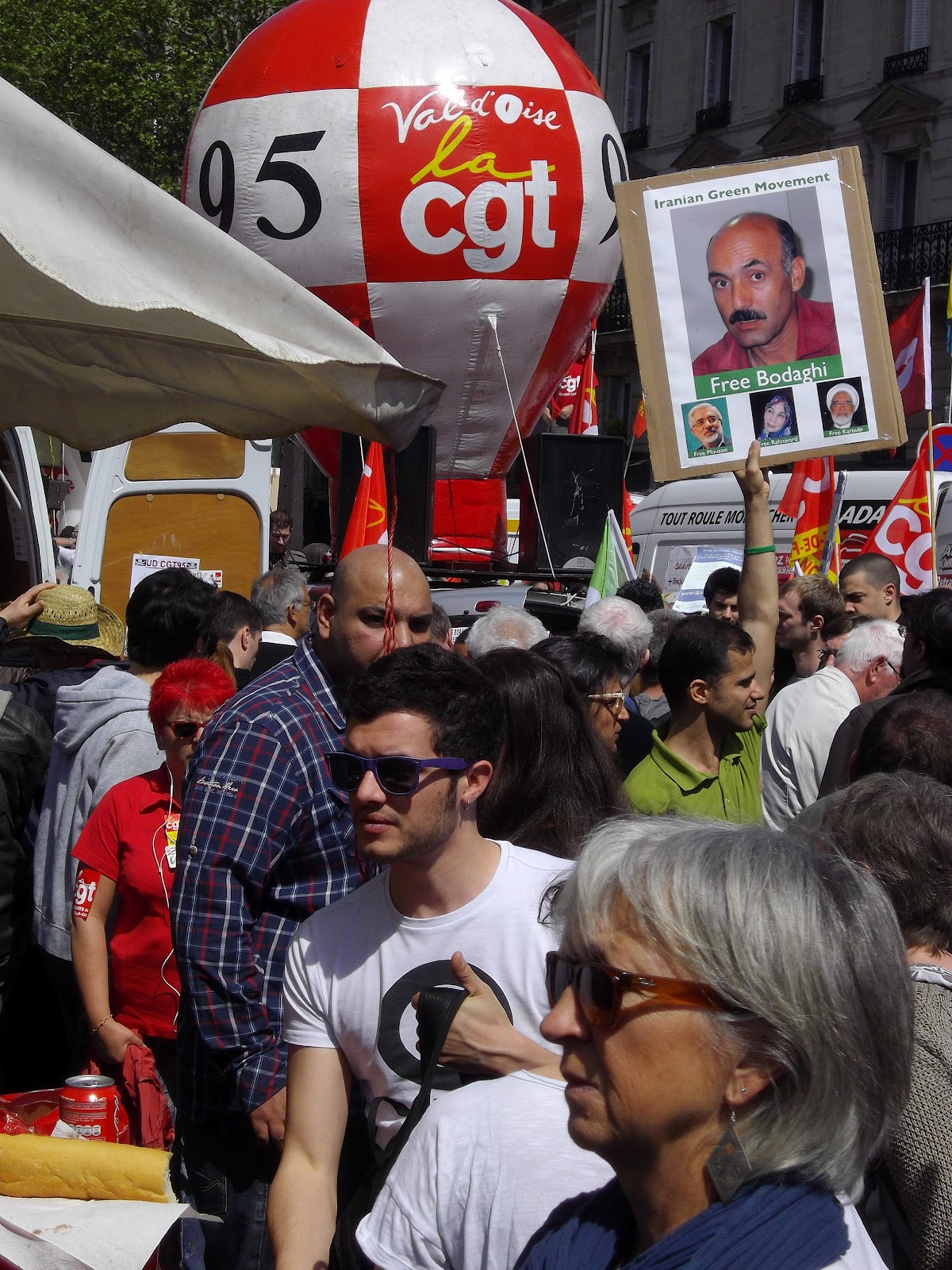 One of the most fascinating things about the event was how international it was, as left-wing movements from around the world were represented in the streets of Paris. Activists held signs showing imprisoned members of the Iranian green movement, while hundreds of Turkish and Kurdish communists danced nearby. They were sandwiched between Tunisians celebrating a revolution won and Syrians singing in support of one still very much up in the air. There were bands of Latin Americans with massive posters of Che, a reminder that Paris has long been the home of the exiled Left from around the world. 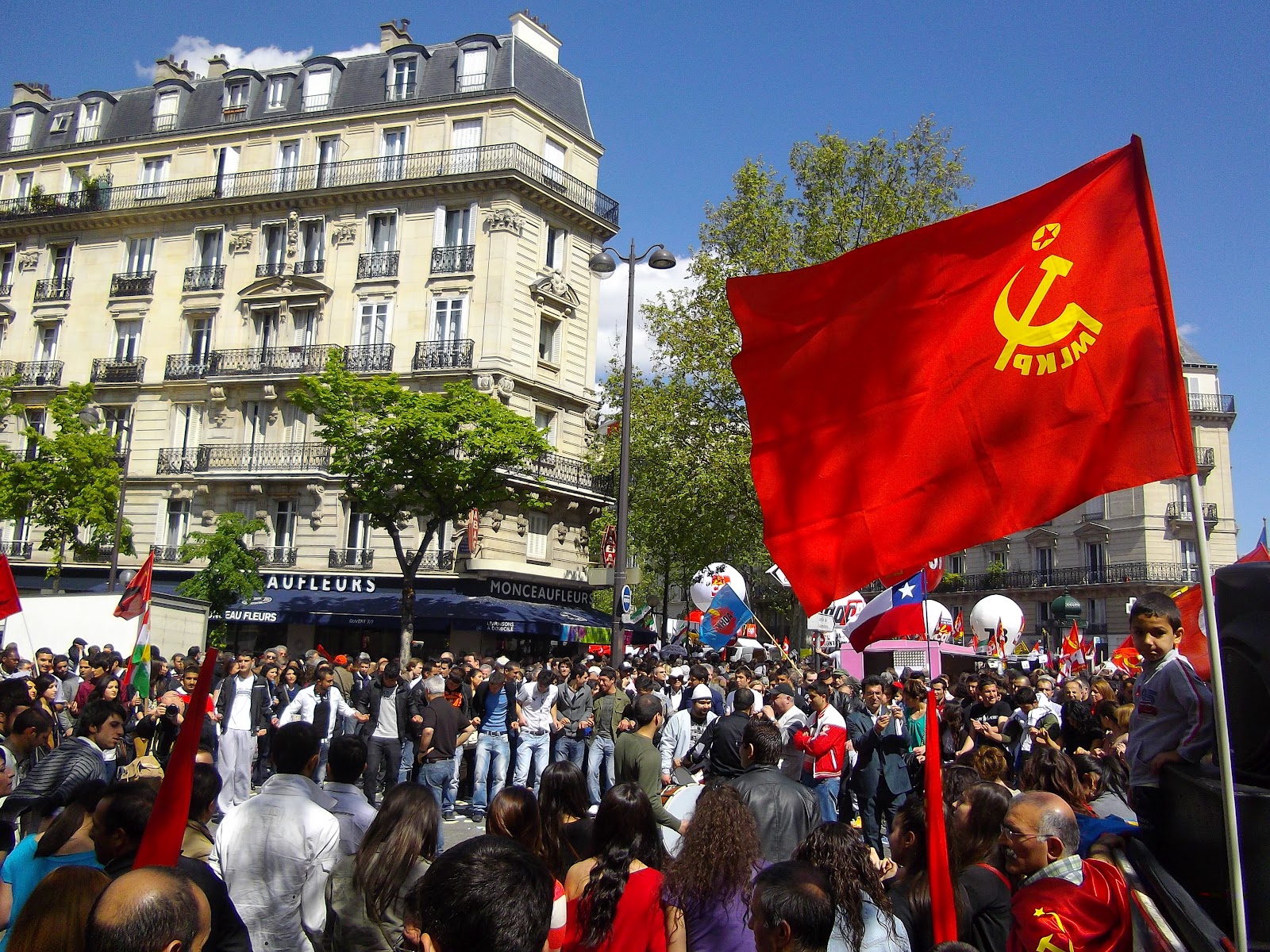 This May Day was made even more powerful by the fact that it fell almost halfway between the first and second rounds of the French presidential election. The world is watching France, following the strong showing of the far-right Front National, which also rallied during the morning on May 1 in honor of Joan of Arc. Not to be upstaged, President Nicolas Sarkozy held a rally of his own at the same time as the May Day festival. It was a true celebration of French democracy, even as tensions rise during a difficult time. 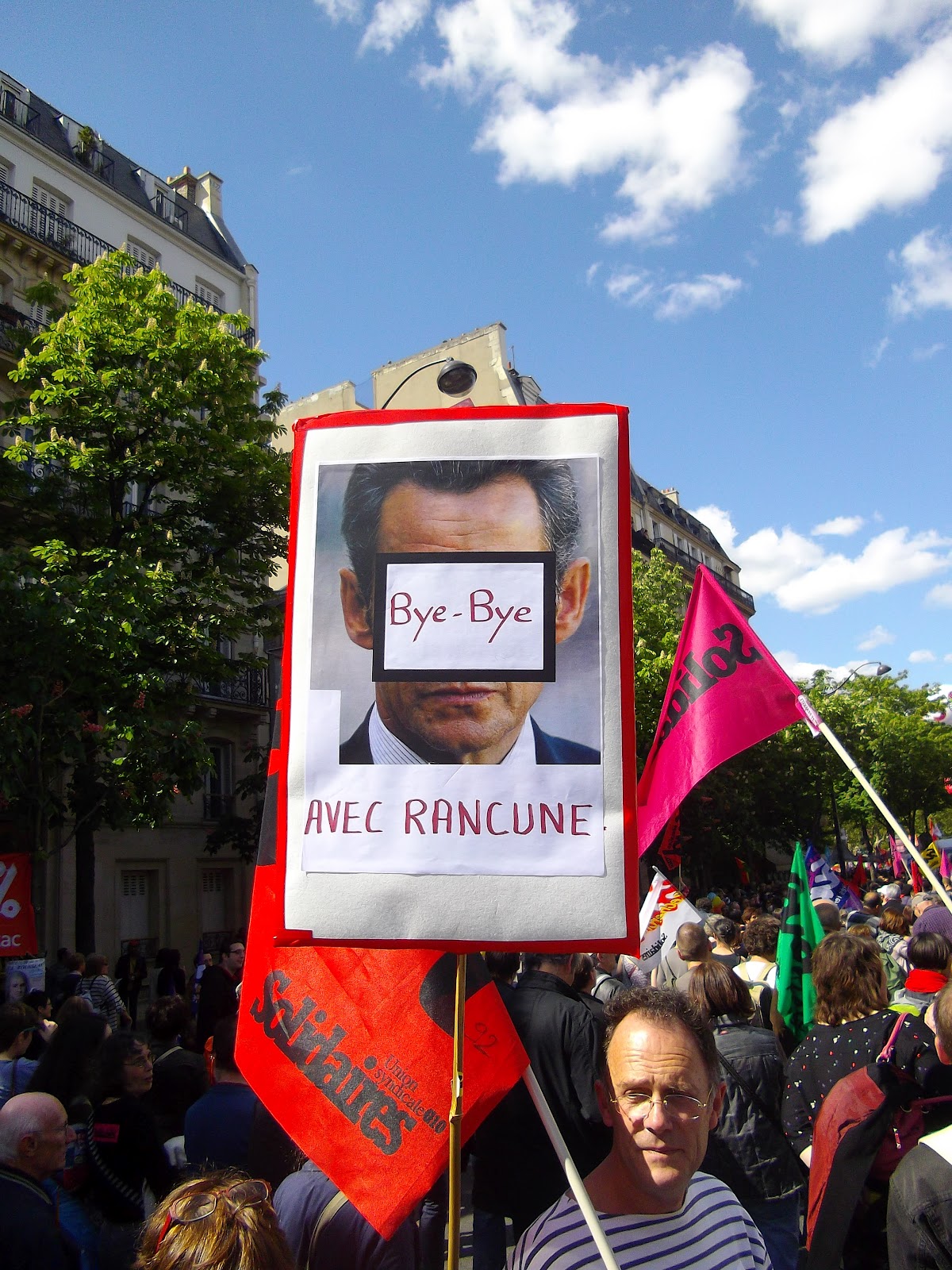 I learned one other thing about Paris yesterday: The caverns of Haussmannian boulevards absorb sound amazingly well. As we peeled off from the march to head home, the bourgeois Paris of tourists, small quiet streets and people sitting at cafes on a glorious spring holiday returned immediately, as if the protest, tumult and celebration didn't exist at all.