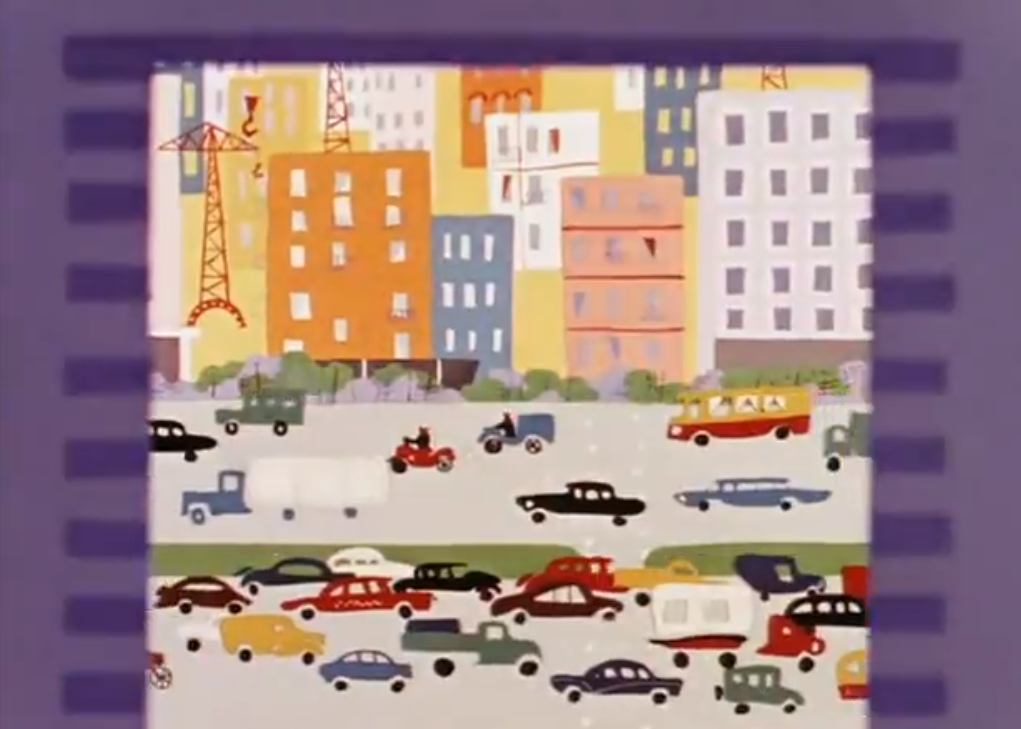 Scene from the short film "Story of One Crime" (1962), on the challenges of high-density living.

Optimal housing density has proven elusive, despite the efforts of many an illustrious theorist (including Ruskin, Howard, Geddes, Le Corbusier, Mumford, Whyte, Alexander, Lynch and Duany). We gravitate to economically vibrant metropolitan areas and pursue comfortable lifestyles, fueling an interplay between density and dispersion that has given rise to slums, sprawl and a host of related socio-environmental problems. While reaching an ideal population distribution is unlikely, we can make the very best of the urban density we have.

With massive urbanization comes the challenge of making density more comfortable — reducing poverty, resource inefficiencies and auto transport. In hopes of contributing to this pursuit, I've been developing a case for bringing more human-oriented theory and methods into the fold of ecology. Many researchers are already doing this to great effect. While it may not really matter what this work is called, viewing ecology as the study of habitation — in all its dimensions — offers a shared purpose in examining and optimizing inhabitant-environment relations.

Housing is arguably the most important factor in improving urban living conditions. It is our primary interface with the world, and its presence can add to the social and economic vitality of cities. Shared space around the home is particularly challenging, as it is unavoidable and out of our individual control. If well-managed, it frees us from maintenance tasks and offers a pleasant environment. If not, it becomes a chronic source of problems that drive us away from urban density.

Shared space is surprisingly underrepresented in recent housing studies, which more frequently address provision, affordability, choice, diversity, exclusion, safety and environmental effects. It appears in research on housing management, design and use, but is seldom examined in detail. Studies on public space tend to center on areas farther from home, such as parks, boulevards, plazas, markets and streets. Shared areas connected with apartment buildings are often assumed problematic by association with gated condominiums or housing projects. There is a need for research on what specific problems arise, how they've been resolved and how design and management is perceived by building residents.

Global ecological concerns — including the current housing crisis — have led to re-evaluations of Le Corbusier's "tower in the park" model of high-rise buildings surrounded by public green space. A 2011 documentary on the iconic Pruitt-Igoe housing project, along with related articles by Rosalie Genevro, Michael Kimmelman and Rowan Moore, reveal factors behind the failure and success of this model that haven't been fully recognized by its critics (e.g., Jacobs 1961, Katz 1993, Gratz and Mintz 2000). Continuing along these lines, it would be useful to analyze positive and negative aspects of high-density residential development in cities around the world. Moscow offers an ideal case study, as nearly the entire population lives in multi-unit buildings surrounded by shared space that represents a fascinating range of approaches to design and management. Many of these approaches are misrepresented as failures, while all hold important lessons for contemporary urban housing.

Research on shared space around residential buildings is needed in Moscow. Studies address its management in post-Soviet Russia (Shomina et al. 2002, UNECE 2004, Vihavainen 2009 [PDF]) as well as its design legacy (French 1995, Attwood 2010, Smith 2010, Muratov et al. 2010, Frolov et al. 2011), but there is a lack of attention to how people view their neighborhoods today. As massive redevelopment of housing stock proceeds in connection with Moscow's rapidly evolving master plan, input from residents should be the touchstone that guides this change.

Given the context outlined above, the following question arises: What do Moscow residents think of the shared space around their homes? Answering that question can shed light on ways of making high-density living more comfortable through quality design and management of public space.