The Power of Community-Led Surveys 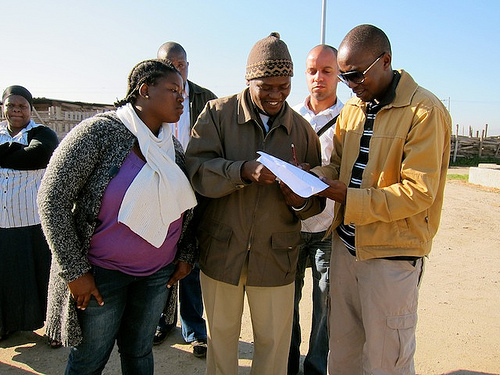 The term "participation" is thrown around a lot in urban planning and international development circles. In the past decade, there has been a strong push for increasing transparency and participation in planning and governance at the city level to make them more accountable and effective. These principles sound nice, but they are tricky to pull off on the ground. In practice, who gets to participate in policymaking and planning? Whose voices are heard? How are competing interests prioritized?

Community-led enumerations — household surveys that are administered and completed by members of the community — provide a way for urban poor communities to meaningfully and effectively participate in urban planning, policymaking and development and disrupt conventional notions about the top-down power effects of information.

The latest issue of Environment and Urbanization (to which I contributed) sets out to describe the successes and challenges of community-led enumerations in India, South Africa, Namibia, Uganda, Ghana and Zimbabwe. The issue can be accessed online for free until May 15. In each context, the idea behind enumerations is the same: Mobilized communities of the urban poor are able (and best placed) to take stock of what they already have, figure out what they need most — whether it’s a road, toilets, housing or a school — and then undertake those projects, often with the support of local, regional or national governments. Rather than having their needs interpreted or represented by a third party, the community itself (organized into a federation and primarily mobilized through women-led savings groups), directly represents and negotiates their needs and aspirations with local or national government. This model has been pioneered by Slum/Shack Dwellers International (SDI), an international network of federations of the urban poor who mobilize through community savings, survey themselves and seek to negotiate pro-poor projects and policies with government.

This process is contentious: both due to conflicts within the community and in terms of legitimacy in the eyes of government. Poor people are assumed incapable and inconsequential. But over time and as their numbers grow, federations are able to demand notice from government and make their voices heard. While individual federations have certainly faced challenges, and had to mature and grow as organizations, as a whole their track record of success at the local, regional and national scales during the past 16 years is impressive. Among the groups within SDI, more than 8,000 settlements have been surveyed, and more than 58,000 houses and 17,000 toilet seats have subsequently been built.

In his influential 1998 text “Seeing like a State,” James Scott characterizes surveys, maps and censuses as tools for the “administration of society.” In the eyes of the state, informal settlements are spaces of anonymity — illegible to bureaucrats or other outsiders. Surveys and censuses become a tool of governance and discipline from above and can dis-empower those being surveyed. In a new commentary to Environment and Urbanization, Arjun Appadurai argues that community-led enumerations, as developed by SDI, present an interesting counter-example to this conceptualization of the power effects of information within and about cities. In these cases, information is a tool of empowerment from below; enumeration is a tool that allows communities to coalese, define priorities, take action and hold government accountable.

As Sheela Patel, Celine D’Cruz and I describe in our article, enumerations developed over a long period of time as a tool for the urban poor to proactively define, negotiate and address issues in their communities. They have proven to be an exceptionally flexible tool, as they are easily adapted to local needs and contexts. In Namibia, the government was willing to support federations to enumerate themselves and use that data for settlement upgrading, paving the way for enumerations to be completed at a national scale. In this case, community-led enumerations were a fast and effective way to gather information on informal settlements, prioritize local needs and act on those concerns. 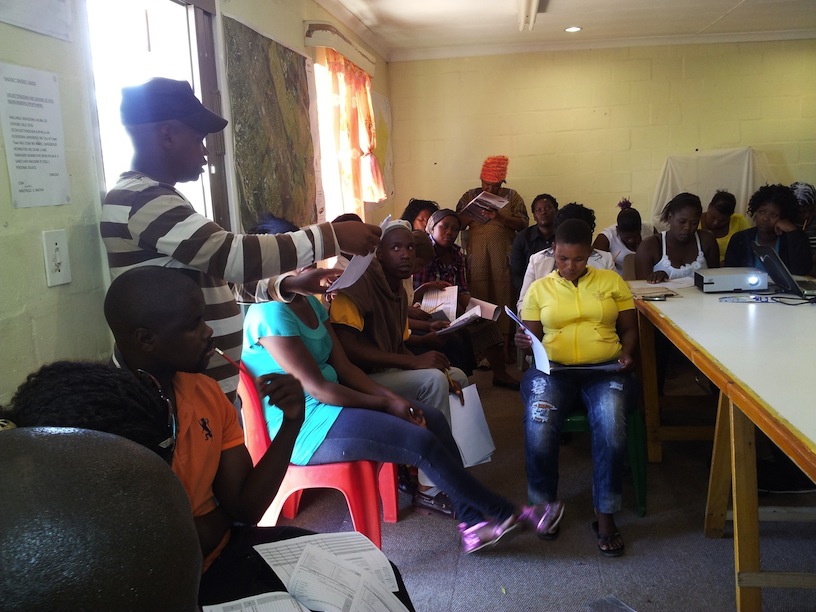 A community meeting about an enumeration in Cape Town, South Africa. Source: SDI

Enumerations can also be effective in more contentious contexts. In Accra, Ghana, the government wanted to evict a large informal settlement and did not accept the legitimacy of enumeration data on the area. As Braimah Farouk and Mensah Owusu describe, the federations then used enumerations strategically to mobilise the community against evictions and then put political pressure on local government at critical junctures through the sheer size of their group, the power of their data and their organizational capacity. In Uganda, enumerations provided a vehicle for the creation of new, local governance bodies: municipal and national urban forums that institutionalized the participation of community groups in developing urban policy and projects and channelled funds to small-scale upgrading projects defined and undertaken by the community.

Enumerations are an incredibly powerful tool, and an enormous amount can be said about the nuances and complexities of their use, strategy and practice. However, the most critical relationships are those between enumerations, participation and good governance. The practice of community-led enumerations, combined with women-led daily savings (another pioneering SDI practice), helps to form community in a settlement. It provides an opening for neighbors to discuss what they feel their settlement is lacking and how those issues might be addressed. Forming communities, mobilizing neighbors and defining priorities are all crucial preconditions to meaningful large-scale participation in politics and governance.

Enumerations are also a powerful force toward social accountability, as they gather information where there previously was none and make it transparent and easily accessible to everyone. Essentially, through the process of conducting enumerations (combined with daily savings), federations of the urban poor constitute large groups of people who are able to stay mobilized over a long period of time, brandishing clear and accurate data — this makes them well-placed to demand results from their governments and put pressure on those in power to keep their promises.

Finally, enumerations can be used as a tool of empowerment, helping poor people gain a political voice and make a case for their concerns. They can lay the groundwork for pro-poor policy-making, service delivery, infrastructure and settlement upgrading.

Clearly, community-led enumeration is a tool that deserves attention and whose usage may bring many insights into the evolving relationship between communities, participation and governance.