Artistic 'Simulation' of Prisons and Cells

Peter Halley describes his geometric paintings of the past thirty years as "engaged in a play of relationships between 'prisons' and 'cells' — icons that reflect the increasing geometricization of social space." Squares and rectangles overlap or stand separately, often with additions that evoke prison bars, smokestacks and conduits. 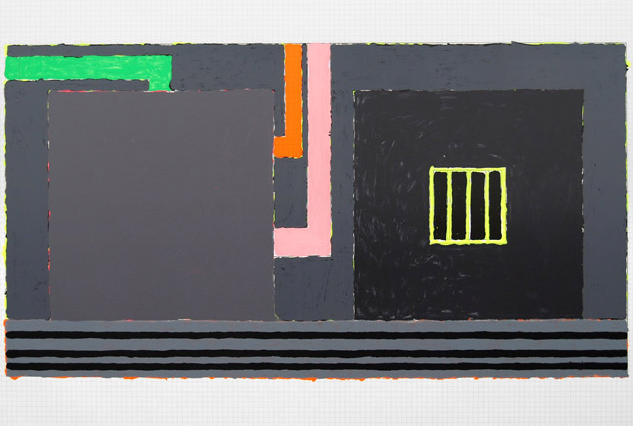 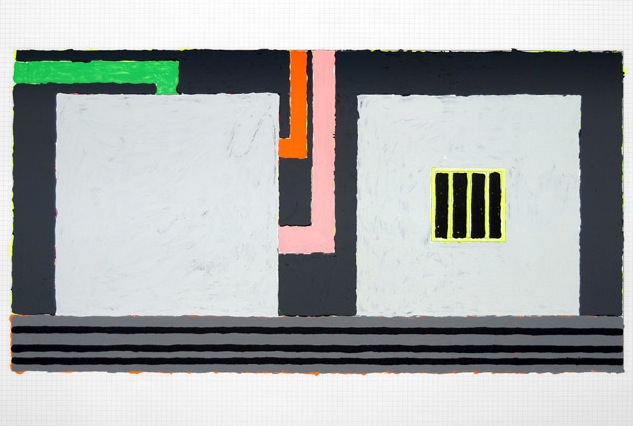 Halley's early work is considered part of a loosely defined branch of post-modern art that has been given various names, including post-abstract abstraction, neo-conceptualism and neo-geo. Halley has expressed a preference for simulationism, which he explains in the following passage:


Simulation, the fact of technical mediation replacing the natural thing, is such a big experience in our society. Air conditioning is a simulation of air; movies are a simulation of life; life is simulated by bio-mechanical manipulations. 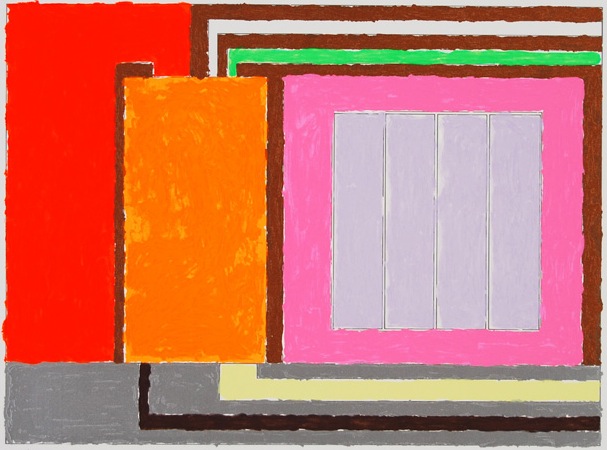 Halley was once featured in an article titled "The Artist/Critic of the Eighties," in connection with his writings on post-modernism, post-structuralism and digitization. He is actually more theorist than critic, reflecting upon art in relation to cities, media, technology and other sides of post-industrial culture.

His paintings, prints and installations have been exhibited worldwide, including the recent exhibition "Prison" at Disjecta Interdiciplinary Art Center in Portland, Ore. For more on Halley's work, see the lecture he gave this year at the Institute of Fine Arts in New York (video below).

This post is part of an archive of featured artists who relate in different ways to cities. We welcome you to submit new additions any time.