In Sao Paulo, Brazil, a defiant synthesis of aesthetics and ethics has developed around the practice of Pixação. With roots in hip-hop culture, Pixação refers to writing one's name or alias on a visible surface without permission (a.k.a. tagging). It feeds on suppression by municipal authorities. Pixadores place their lives at risk to defy legal and spatial impediments, reaching the highest towers in the menacing metropolis. 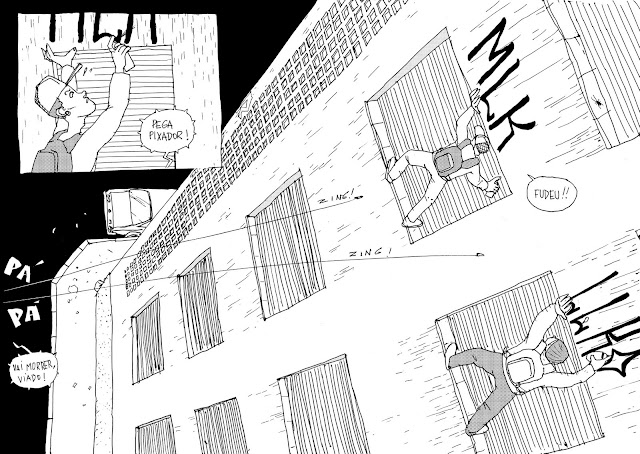 Pixadores operate on an ethical code similar to that of soccer associations, motorcycle couriers and crime networks around the margins of Sao Paulo. However, it is not violent or involuntary. The code is known as LHP, which stands for Loyalty, Humility, Procedure — loyalty to the group without oppressive obligation; humility and restraint without subservience; and adherence to tactical procedures attuned to context. 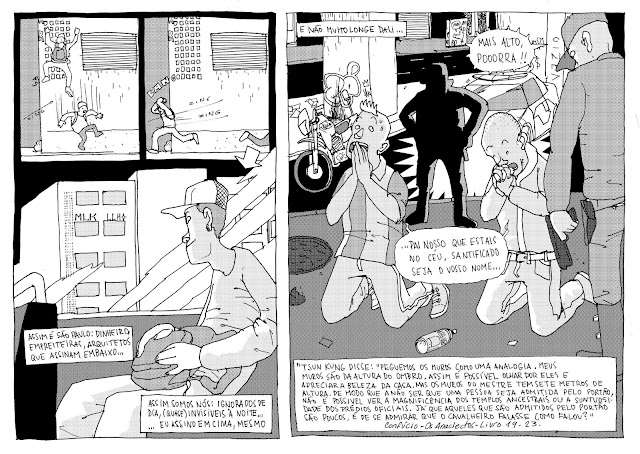 Pixação offers each practitioner a tool to mark their identity and claim their right to the city. It is a form of resistance to social invisibility imposed by those who see them as inferior. Pixadores become notorious for traversing boundaries, including the walls of fortified residential enclaves. Few Sao Paulo residents personally know Tchencho and Di, but almost everyone knows of their existence through the markings they leave around the city. 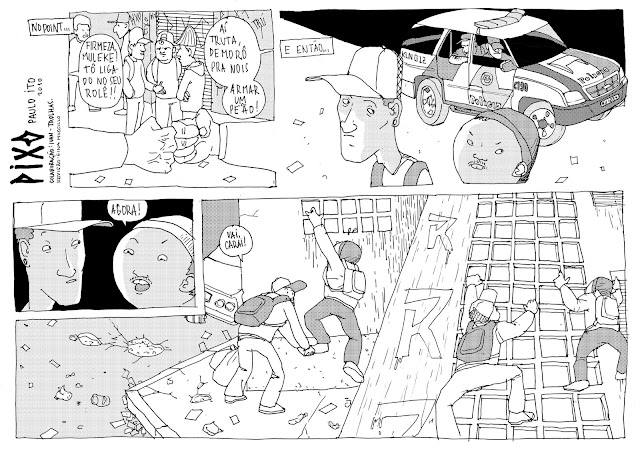 Pixadores are not just claiming their existence. For these young people, Pixação is an opportunity to escape the entrapment of spatial, social and mental "ghettoization." It affirms that they have no fear of moving through the city, even in the face of violent repression.

Sergio Franco is a sociologist, educator and curator with 10 years of experience in the cultural industries of Brazil. Sergio’s work focuses on developing a cultural connection between Brazil and France, with research focusing on the evolution of graffiti in Sao Paulo. He has contributed to Zero-Quatre and is a UNESCO consultant working in Brazil's Historic Artistic Patrimony National Institute (IPHAN). This article was translated from Portuguese by Hector Fernando Burga.