In Pursuit of Urban Entrepreneurship

Providence is not a large town. You can walk from end to end in an hour (even though most people choose to drive), and it's common to see familiar faces on the streets. The metropolitan area is just populous enough to attract big-name bands on their way down the East Coast, but some people still consider it a suburb of Boston.

Providence is not a rich town. Rhode Island's unemployment rate is the second highest in the nation, and Providence's rate is 1.6 percentage points higher. Last spring, the mayor's appeal to Brown University for monetary assistance led to a highly publicized squabble with the university administration. A brief pit-stop at a student protest landed me in the Wall Street Journal (below, far right). 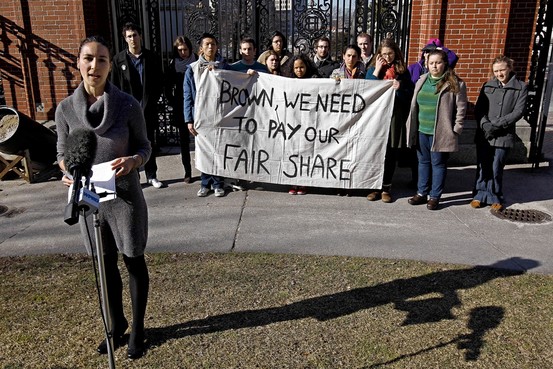 As is often the case with cities that are neither large nor rich, there are many people trying to save Providence. (Perhaps it's all part of an instinct to care for small and helpless things). All of the would-be saviors more or less agree on one thing: Providence needs jobs, and because everyone knows that importing casinos isn't a particularly sustainable strategy, jobs means entrepreneurship. Of course, every would-be savior has a slightly different idea of what entrepreneurship means and how to go about promoting it. The following is a rough grouping of these approaches, which I hope will lead to useful discussions on sparking innovation and employment in cities.

Most of the Providence professional community is employed by one of the mandatory outposts of too-big-too-fail banks (Fidelity, Citizens, TD, Bank of America) or one of two idiosyncratically located corporate headquarters (CVS, Hasbsro). Professionals are courted for their spending capacity, and they read about each other in the Providence Business News. The entrepreneurially inclined go to Providence Geeks or Betaspring (Providence's premier startup incubator) to network. Despite valiant efforts, Betaspring tends to attract only entrepreneurs who are too poor to locate in Boston, New York or Silicon Valley, and who move away after about 18 months. The number of for-profit companies founded in Providence over the past 10 years that employ more than 15 people can be counted on two hands. According to the private sector, Providence doesn't have jobs primarily because Providence doesn't have talent: All the brains drain to the big city and leave behind a lackluster workforce. 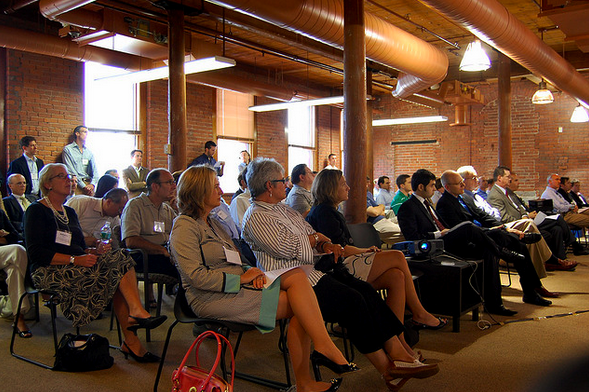 While the private sector dreams of the next Facebook, the nonprofit sector chases micro-entrepreneurship, which tends to be modest, gritty and local. In many cases, a "job" means minimum wage and a "company" means a home-cleaning service with three or four employees. Providence's nonprofit sector is further split between young savior-wannabes and seasoned social workers who know the system inside and out. The two groups have different visions. Young saviors believe in catalyzing social change from the grassroots up — that microloans made by the Capital Good Fund or employment opportunities offered through Amos House will lead to a healthy, happy economy. The system insiders, for the most part, are just trying to keep the boat afloat until the mythical rising tide lifts all. According to the nonprofit sector, Providence doesn't have jobs primarily because Providence isn't empowered: Youth grow up in an oppressive cycle of poverty, crime and unemployment, without access to the resources or support they need to break free. 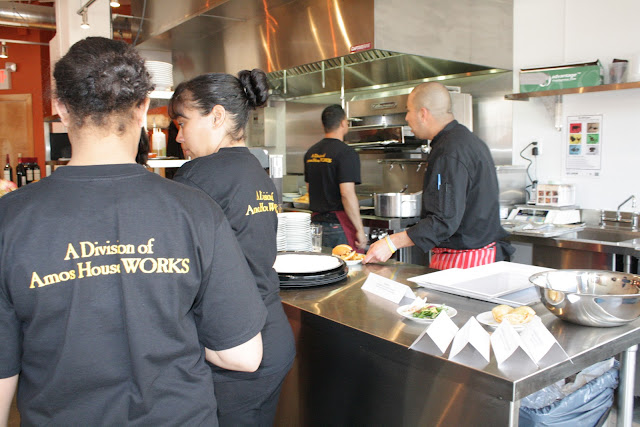 Providence's biggest entrepreneurial engine should be the Rhode Island Economic Development Corporation, but it's widely considered underfunded and ineffective. The more energetic city and state officials run between ribbon cuttings and events hosted by the private sector or the nonprofit sector; bureaucrats with empty pockets become glorified cheerleaders. I'm a big fan of the General Treasurer, but I get the impression that she is too bogged down in the quagmire of welfare programs, unemployment insurance and pension plans to have much energy for anything else. The most active arm of the public sector in Providence is probably the Rhode Island Foundation, which is not a public institution at all, but is so old and established that it almost seems like one. According to the public sector, Providence doesn't have jobs primarily because Providence doesn't have money: State stimulus funding has long ago run dry, leaving little resources for entrepreneurial job creation. 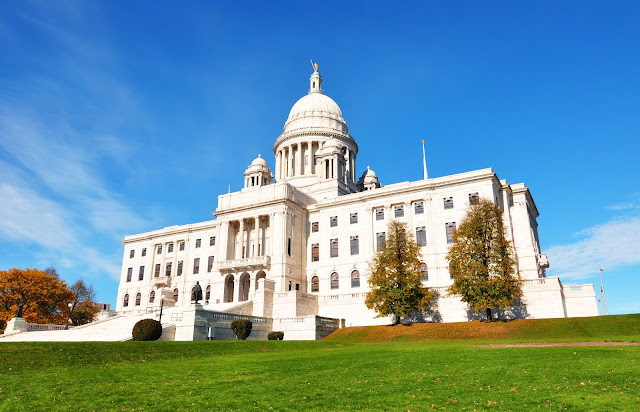 When it comes to creating jobs, the power of Providence's universities and hospitals dwarfs that of the private sector, the public sector and the nonprofit sector combined. In 2009, five of the 10 largest employers in Providence were hospitals, and two were universities. Jobs are obviously not the main priority for hospitals and universities. For three years, Brown's Rhode Island Center for Innovation and Entrepreneurship was the closest thing Providence had to an entrepreneurship hub, but it didn't manage to focus the energies of the private, nonprofit and public sectors to offer effective support for entrepreneurs. The university cut its funding in 2012. According to research institutions, Providence doesn't have jobs because, well, there are many reasons. Why don't we get someone to study it? Oops, semester's over, time for exams! 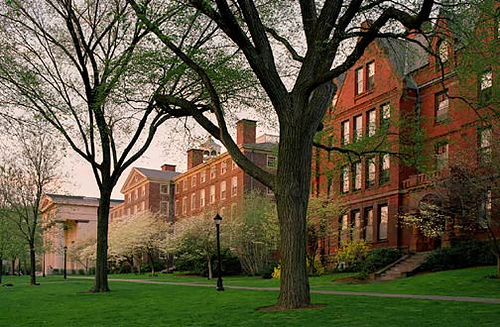 As an employee at Andera — one of the largest Providence start-ups — and a Venture for America fellow, I am supposedly part of the answer to reversing brain drain, but I'm definitely not answer enough. As a former intern with Social Venture Partners Rhode Island and confessed savior wannabe, I am also aligned with Providence's nonprofit community, but haven't effected even micro change. As a citizen of Providence, I am part of its government (by the people, for the people, of the people) but I find that I can do nothing but watch it flounder. When I was a student at Brown, I was unable to build something strong enough to withstand the transience of university initiatives.

I often wonder if the would-be saviors would be stronger together. My affiliation with all four sectors suggests that the entrepreneurial community isn't as splintered as it may seem, but it's still far from a cohesive body. As in all urban settings, the magic happens when everyone is brought together. Most of my posts about Providence (especially here and here) have been about such moments. However, the most significant gap is between potential saviors and the people to be saved. Providence's low-income residents are seldom a driving force behind initiatives to promote entrepreneurship.

It's easier to write about tragedy than triumph, and I'm afraid this post has been a downer. After all, we've been in a recession for four long years. Still, each sector has helped enrich Providence socially, culturally and economically. Their work merits criticism rooted in profound respect. If you'd like to talk about Providence, please contact me via @mfriedri or melfriedri@gmail.com.