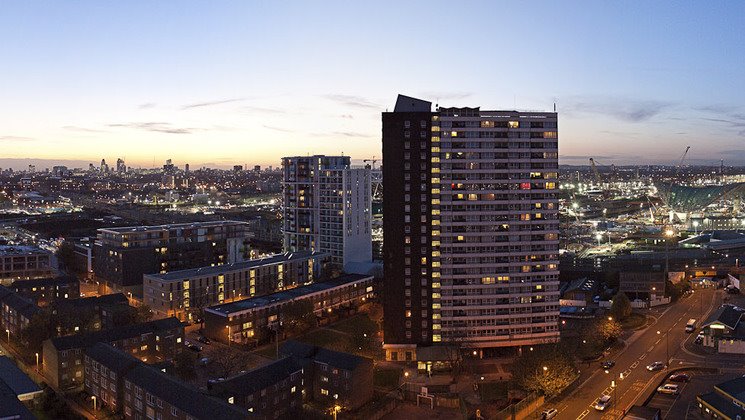 On Oct. 25, University College London (U.C.L.) announced that it had gained permission to proceed with a £1 billion plan to build a new campus in Stratford, home of the 2012 Olympic Games. This decision comes at the end of a summer of protests, official consultations and public meetings in opposition to the plans. 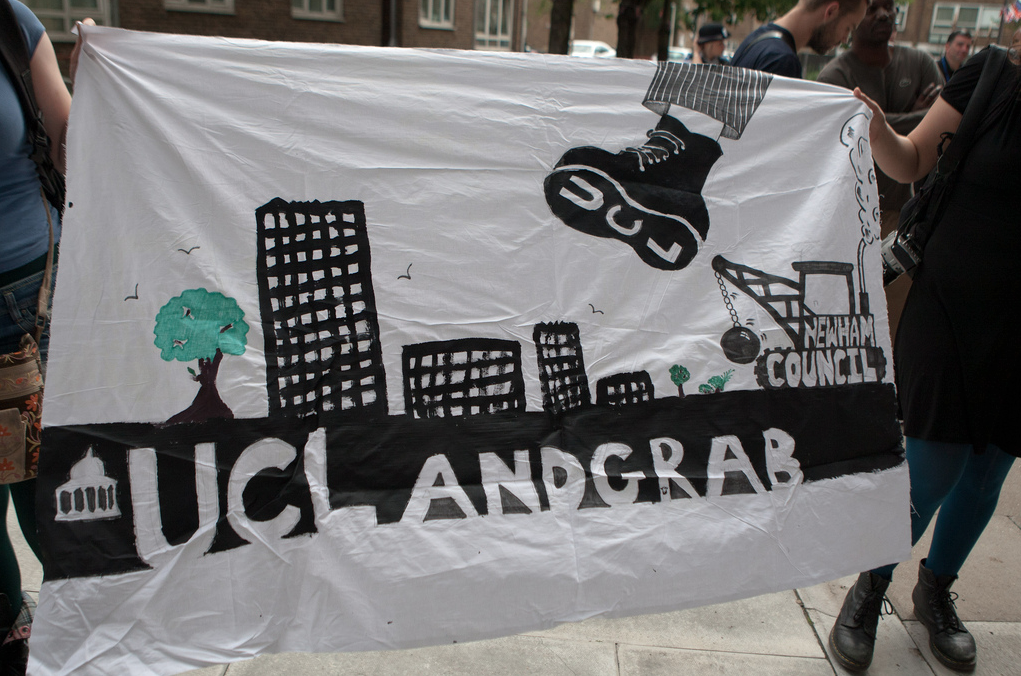 The new campus will be constructed on the Carpenters Estate, not far from the Olympics site. U.C.L. management and the Newham Council see this plan as an opportunity to "regenerate" blighted East London, promising to create 3,300 new jobs. For local residents, however, the plans mean loss of their life-long homes and community.

In a short video for The Guardian, estate resident Mary Finch deplores the legacy of the Olympics: "I think that the Olympics has lost me my home."

A resident of the estate for the past 40 years, she is not keen to go. "I think they're gonna have to come in here and drag me out. Why should somebody be able to force you out of your home? A home that's got nothing wrong with it, that's standing solid? I do not want to go."

Her criticism speaks directly to the now-common narrative of failed utopia used by council authorities to justify regeneration plans marked by "decanting" and demolishing. Once removed from their homes, estate residents have little guarantee of return or access to affordable housing elsewhere, as social housing in London is quickly disappearing. 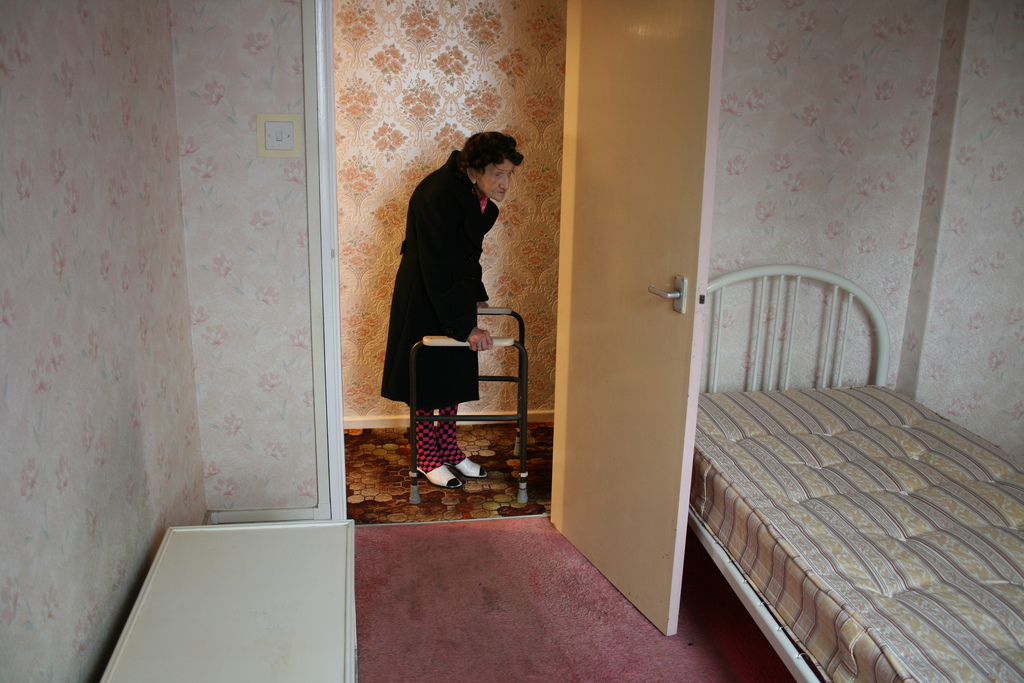 Fran, a resident of Carpenters Estate, in her home. Source: Flickr

At a recent meeting on Oct. 31, U.C.L. faculty and students came together to support the residents at Carpenters. Discussions revolved around what the role of universities should be in urban regeneration. An overwhelming majority of students and alumni pledged to boycott the new campus plans. The U.C.L. Urban Laboratory released a statement asserting that "ethical urban regeneration is only possible if community led." So far, residents of Carpenters Estate have fully rejected the university's plans. Many insist that they are not opposed to regeneration per se, only to losing their homes in the process. 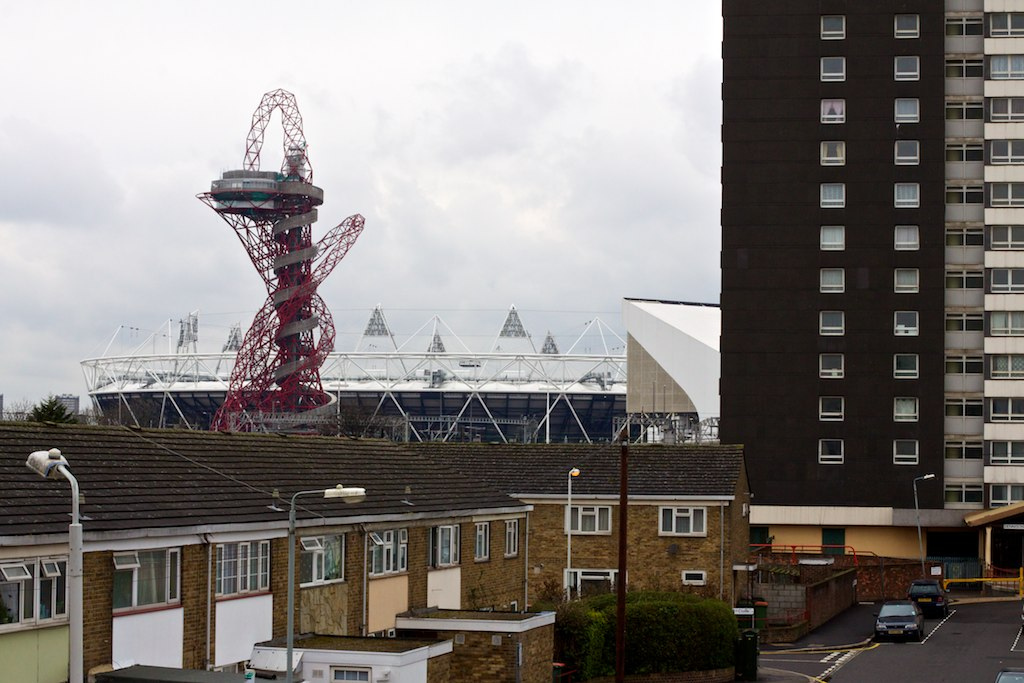 Speaking in front of a full auditorium, Michael Edwards, a professor at The Bartlett School of Planning, deplored the fact that university management had not consulted its own academic body. Stressing the loss of social housing in London, he urged all those involved to consider the implications of a "university-led community bulldozing" and called for an open debate on the proposed plans.

On Nov. 28, U.C.L. students occupied the university's Garden Room. Discussions at the occupation increasingly referred to the link between student debt, growing speculation on the student housing market and acts of displacement such as the new campus plan.

This most recent episode in the ongoing gentrification of London brings up important questions about the university's role in urban renewal and its responsibilities to the city as a whole.