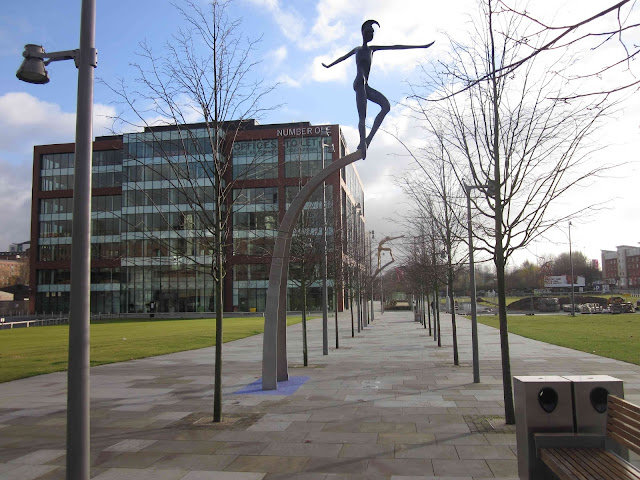 The Number One First Street building in Manchester, England, sits forlornly in a landscape of parking lots, wedged between two busy roads. There are several conflicting signs on the site. One states that the European Regional Development Fund is partially supporting the "Corridor Public Realm Phase 1" project. Yet signs closer to the building — and on the side of a lonely bench — mark the area as private property. 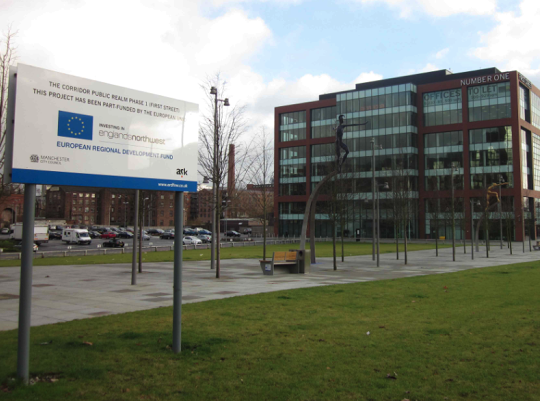 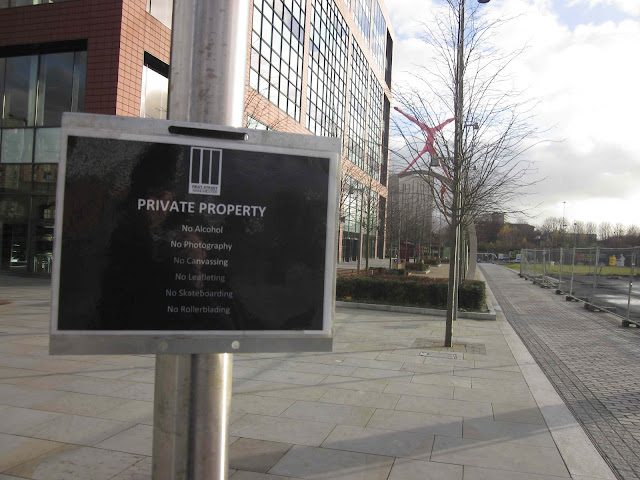 Also curious is a billboard that proclaims "Putting Sustainability First" (below) on a site surrounded by parking lots and generally free of people. This begs the question, sustainability for whom? And, for that matter, what is actually happening? Why and how is it taking place? 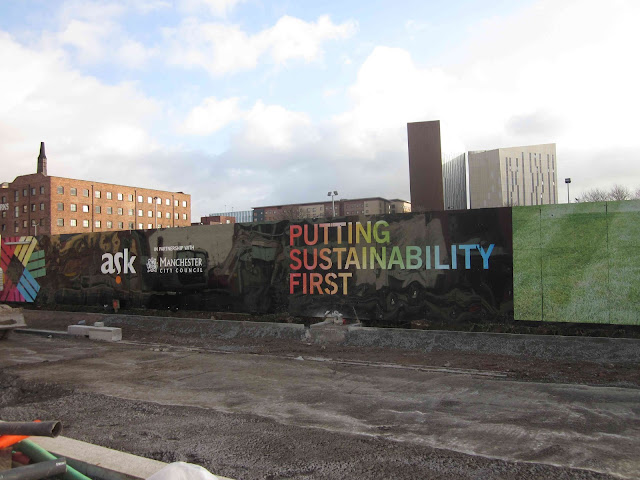 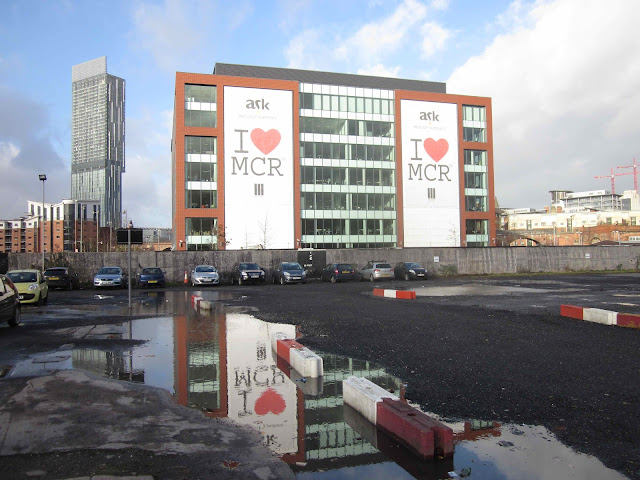 Parking beside the Number One First Street building.

I was also intrigued by the fact that Manchester City Council is the main tenant of the building and, judging from the signs, the main "partner" in the larger First Street Manchester development. The Number One First Street building is a small piece of a 20-acre, $130 million public-private partnership. It will include a cultural center, a four-star hotel, restaurants, retail space, a 700-spot multi-story parking lot and new public space. Construction will begin early next year, and the site is slated to open in the fall of 2014. 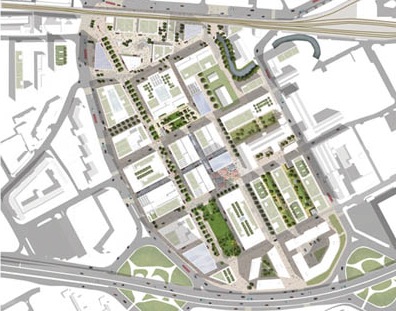 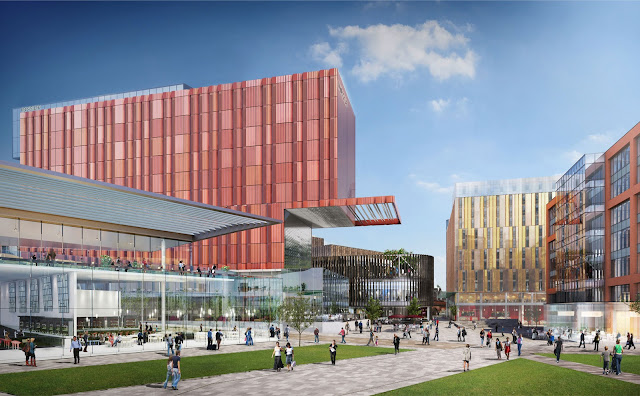 As a gateway to the city center from the airport and points south, the now largely abandoned area (besides the One Street building and its parking lots) needs development. But development geared toward "creative class" business and consumption seems out of sync with the city's most pressing needs. A recent article in the Manchester Mule explains that the city council's $30 million investment in First Street comes at a time when the region is in the grip of a housing crisis and undergoing an unprecedented $275 million in service cuts, with further reductions to housing and council tax benefits on the horizon. 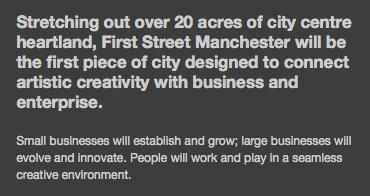 The project aims to "reinvent" the city to attract capital, a common strategy worldwide. To say nothing of its questionable benefits, this strategy is painfully boring. Projects like First Street Manchester sweep a city's problems and unique character under the rug in favor of more attempts to serve a global elite at the expense of many. If we want actual first-rate development, it's time for a new approach.