One of the principal challenges of global urbanization is the improvement of living conditions in slums, or communities with insufficient infrastructure and land tenure. Ciudad Peronia, a large, diverse, predominantly low-income section of the Villa Nueva municipality just south of Guatemala City, is a striking example. 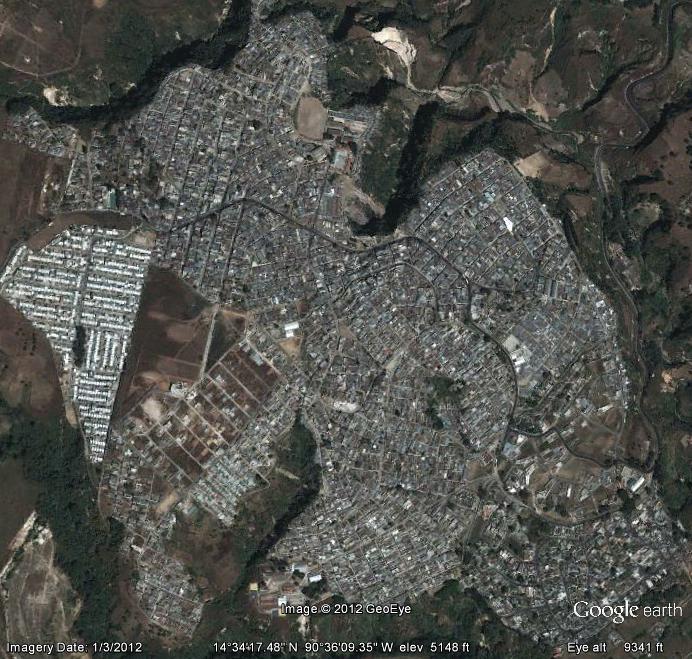 Established in the early 1980s by people left homeless after a devastating earthquake, Peronia grew through successive waves of informal occupation and sale of formal plots. These development patterns gave rise to a patchwork of neighborhoods with different characteristics and living conditions.

Scholars increasingly agree that local institutions — particularly municipal governments — are essential to the substantial and sustainable reduction of urban poverty.* The relationship between low-income communities and municipal authorities is key to the efficacy of these institutions, as clearly evident in Ciudad Peronia.

The many different leaders I've spoken to in Peronia have been almost unanimous in declaring that the municipal government has done little or nothing to contribute to the community's development. The municipality has, in fact, invested resources in a handful of projects there in recent years, yet residents feel that it has not fulfilled its responsibility for addressing basic needs. There is a widespread sentiment that the city government rejects and ignores communities like Peronia.

The municipality has actually played a significant, if uneven, role in Peronia's development. The approach generally adopted by local authorities has been to contribute resources for projects such as street paving or school improvement while the neighborhood contributes labor. In other cases the municipality has contracted private businesses to carry out development projects, billing residents who benefit for half the cost. In only a few cases has the government carried out projects without any community contribution. 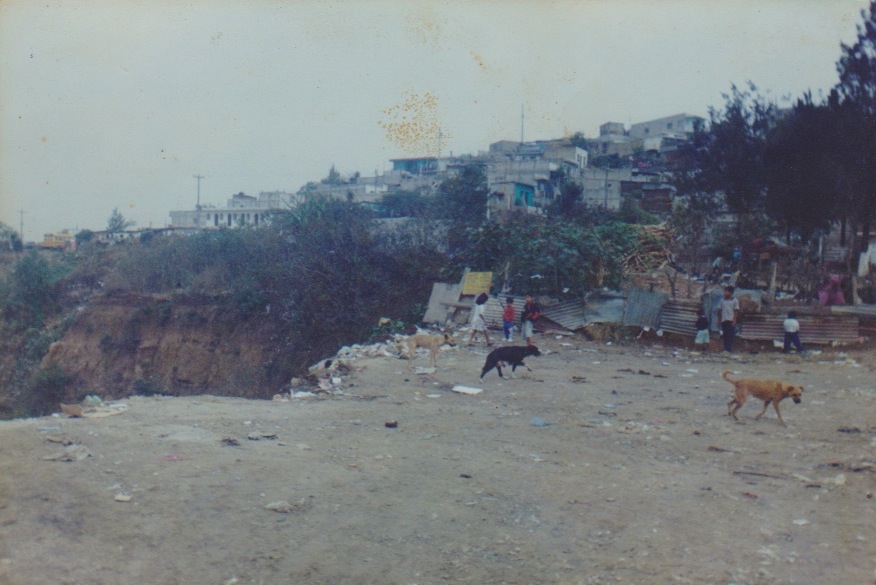 Community leaders report that they have made repeated requests to local officials for assistance of various kinds and have been ignored. Municipal authorities have paid especially scant attention to Peronia's informal settlements, despite repeated petitions. However, they did carry out water, sewer and paving projects just prior to the recent elections. Some evidence suggests that projects have been chosen based on political gain rather than community needs.

Legal problems kept the longtime mayor off the ballot in the 2011 election, opening the door for a new administration that took office in Jan. 2012. The new mayor has promised to work in partnership with local communities. When he met with Peronia's representatives, he admonished them for coming to him with only a long list of needs. He claimed that he would break the mold of leadership in Guatemala by refusing to play the role of patriarchal chief who solves all problems, instead empowering communities to meet their needs in cooperation with local government.

The approach and language used by the mayor seemed an invitation to become partners in development. He solicited proposals and promised to facilitate solutions. The new administration supported several initiatives in Peronia, including a dental clinic and an adult education program, to be carried out with community labor and municipal resources.

Yet the mayor's approach has not been without challenges. He has told community organizations to present him with technical proposals to address local problems, yet few individuals or groups in poor areas have the technical know-how to produce such documents. The mayor has also championed community organization, saying that he will promote functional and representative development councils in each neighborhood. However, this organizational work has lagged behind physical projects, and municipal authorities have not demonstrated an understanding of the frayed social fabric that exists in many neighborhoods (a problem that the formation of development councils alone will not remedy). 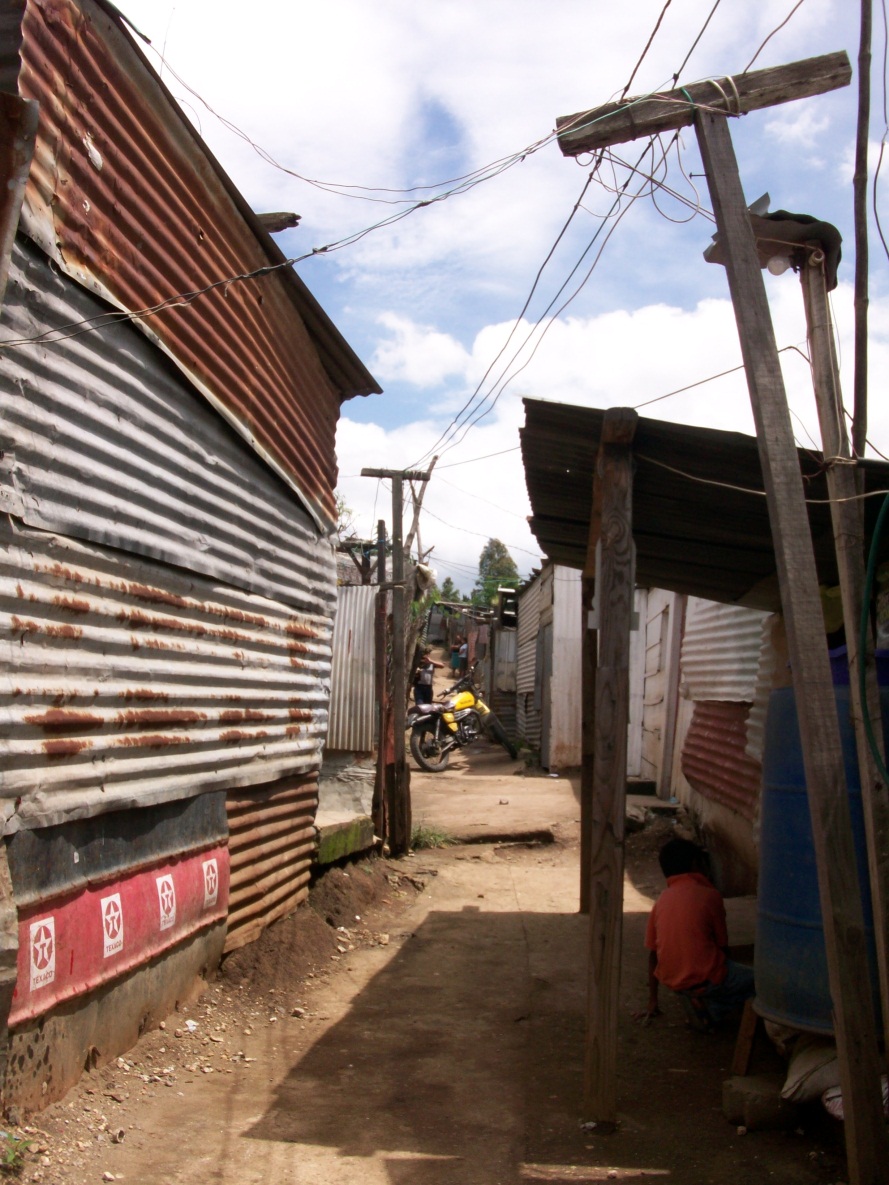 Nonetheless, the new administration has implemented practices never before seen in Peronia. The mayor assigned one member of the municipal council and one municipal department head to form a direct link with the community. These individuals have brought information about municipal plans and projects to community leaders, and have sought input with an openness never displayed by previous governments. Seven months into his administration, the mayor came to Peronia to carry out an exercise called Sueños Compartidos (Shared Dreams). Through this initiative, community leaders gathered to propose improvements in the community, discussing options and then voting on which ones to pursue.

The mayor clearly envisions a new relationship with local communities. Yet it is unclear whether improved communication and participatory planning constitute a true partnership that can fully address the causes and consequences of poverty in places like Ciudad Peronia.

Individual, community and government approaches to reducing urban poverty tend to overlap, at times operating in conjunction and at others operating independently or at cross purposes. One of the principal challenges faced by community residents is a lack of accountability in government institutions. This has produced a system in which some neighborhoods benefit while others are ignored, regardless of their needs. Resources are often used not as part of a comprehensive strategy to provide services and improve quality of life, but to generate political support prior to elections. It is extremely difficult for citizens to access municipal budget information that could help them hold authorities accountable. Furthermore, the lack of any forum for collectively voicing opinion has led to the isolation of neighborhoods and the groups representing them, despite common challenges.

In the case of Peronia, the most vulnerable communities are those without legal land titles. Government authorities have demonstrated a willingness to ignore their needs (for a decade and counting, in some cases), refusing to invest municipal resources and even rejecting petitions to connect to the private water system. Politicians, particularly the former mayor, have often used the issue of legal titles as a bargaining chip at election time, promising legalization in return for votes Again, the absence of a transparent procedure for handling legalization, or a space to organize communities facing this shared obstacle, has left these neighborhoods at the mercy of the political calculations of municipal authorities.

The complex relationships between local communities and government authorities condition the trajectory of urban development in Peronia and around the world. Transparent and inclusive governance is key to effectively and equitably addressing urban poverty. It should thus be a top priority for local and global development practitioners.

Brendan Halloran is a doctoral candidate in the Planning, Governance and Globalization program at Virginia Tech, and author of The Urban Citizen's View. He is also a Democracy and Governance Advisor for USAID in Guatemala. All views expressed in this article are his own, and do not represent the views of USAID.