As a recent transplant to the San Francisco Bay Area, I'm still amazed by how many community garden projects exist in the city. NOMADgardens, a transportable community garden placed in open lots, is a particularly flexible and scalable approach. Stephanie Houston, founder and creative director of Urban Matters, spent the past year planning and prototyping these portable gardens in the Mission Bay neighborhood. She shared with Polis her experiences and some lessons learned.

Can you tell me how NOMADgardens came about?

My husband and I moved to Mission Bay in order to cut down his commute. Mission Bay is a transformed industrial appendage that physically grew as fill from all around the city, and in a way it feels that way. King Street is the lifeline from the highway, light rail and commuter rail — the siphon to San Francisco's heart. It also acts as a very physical edge where two- and three-story warehouses rise to new 18-story residential units. There's yet another edge only blocks away — the channel that holds beautiful houseboats, and what I consider "the true passage" to Mission Bay.

I would do my running loop in Mission Bay's vacant lots, or picnic and study in Mission Creek Park. I also started gardening in my 650-square-foot apartment — my Texas roots had me craving dirt that I could call my own. After growing tired of 16 hours of purple haze and an inefficient power source, my creative juices started flowing. What if the vacant lots in Mission Bay were activated into garden and event spaces?

I began sharing my idea with people and reached out to the Mission Bay Development Group. They loved the idea, but had some concerns, as would most developers. People put a lot of sweat equity into gardens. It's disheartening when they are told their plot is no longer available, and the developer looks bad for uprooting such a beloved community space.

So I said: What if the plots were transportable? That way they could roam from vacant lot to vacant lot as Mission Bay develops. That's how NOMADgardens was born. 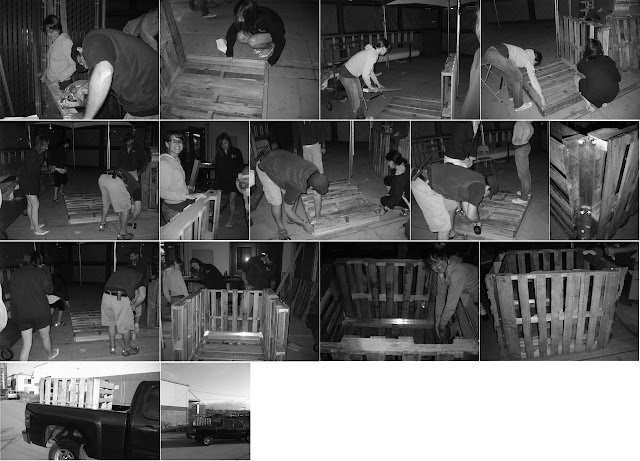 What kinds of challenges did you face, and what did you learn from them?

Building a grassroots program without a fiscal sponsor has proven most difficult. And balancing the interests of multiple stakeholders is always a challenge. Although I design spaces for a living, I didn't anticipate how involved the process would be for repurposing empty lots. We've had great volunteers from the beginning, but assuring enough people on a given day isn't always possible.

We've learned to keep momentum despite setbacks. And, most importantly, we've learned that patience, persistence and flexibility are the keys to making ideas happen. We still haven't confirmed that this will truly be a success, but at least we're testing it, which is half the battle. 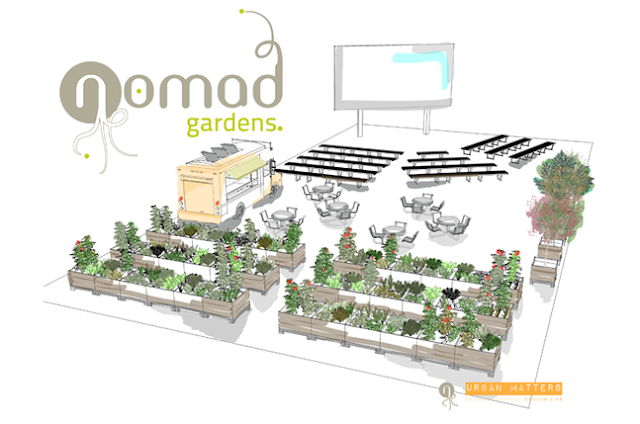 How has your longterm vision for NOMADgardens evolved?

We plan to design and manufacture a line of planters (for vacant lots and for people's homes) that make urban gardening as easy as possible. This will take another partner to help implement, so if anyone is interested, please contact me! Our focus is on helping more community gardens grow in cities.

The idea has evolved in many ways from its original version. It started out big and has been reorganized into more manageable parts so as to eventually become self-sustaining. The planter is evolving as well, with several new prototypes on the way.

Above all, we hope to inspire people to help improve their neighborhoods. Turning vacant lots into vibrant settings is just one of many ways that people can say: We value places where we can meet our neighbors and build healthy communities.

NOMADgardens is currently raising funds on Indiegogo until Dec. 11.