Mexico City is a giant laboratory of urban morphology. Its 20 million residents live in neighborhoods based on a wide spectrum of plans. Here are some examples. 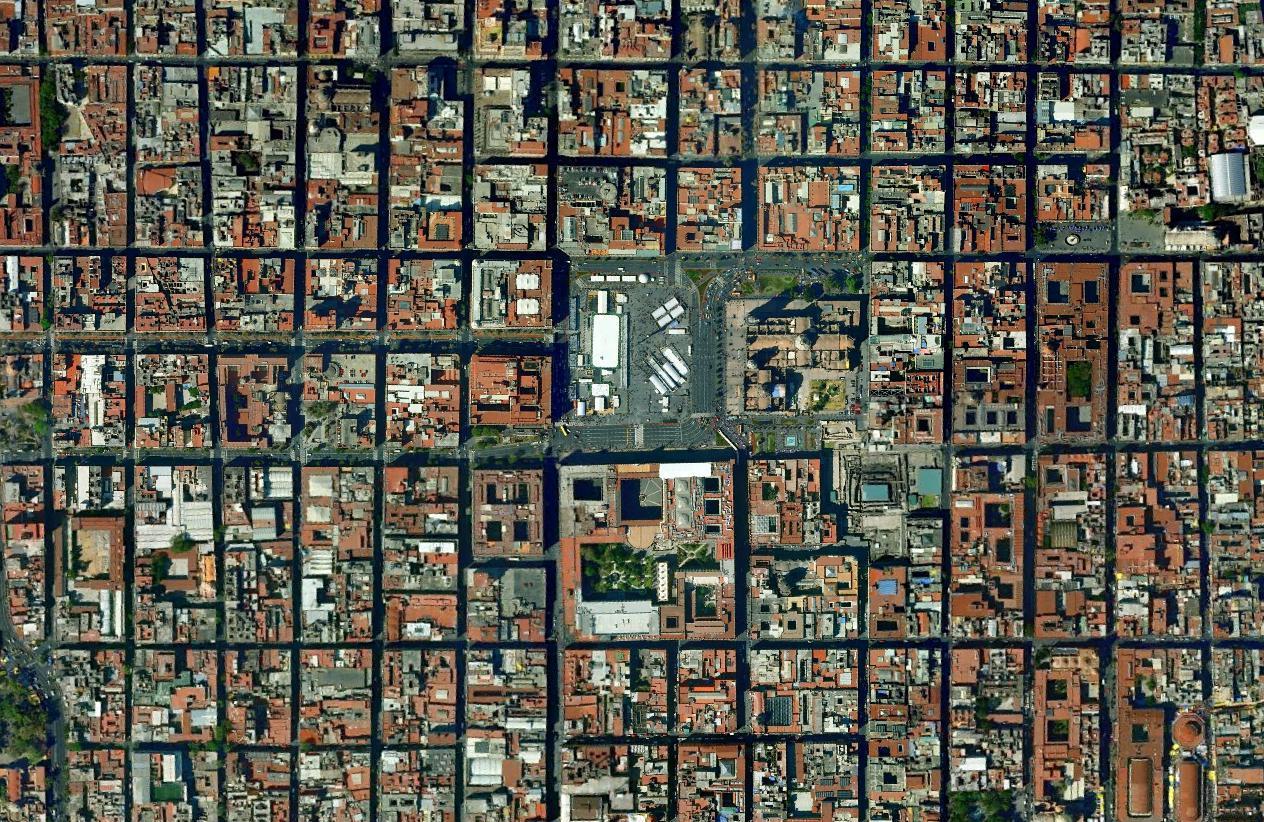 The colonial center (above) was built on the foundations of Tenochtitlan, capital of the Aztec empire. The old city was on an island in Lake Texcoco. The lake was drained to prevent flooding as the city expanded. 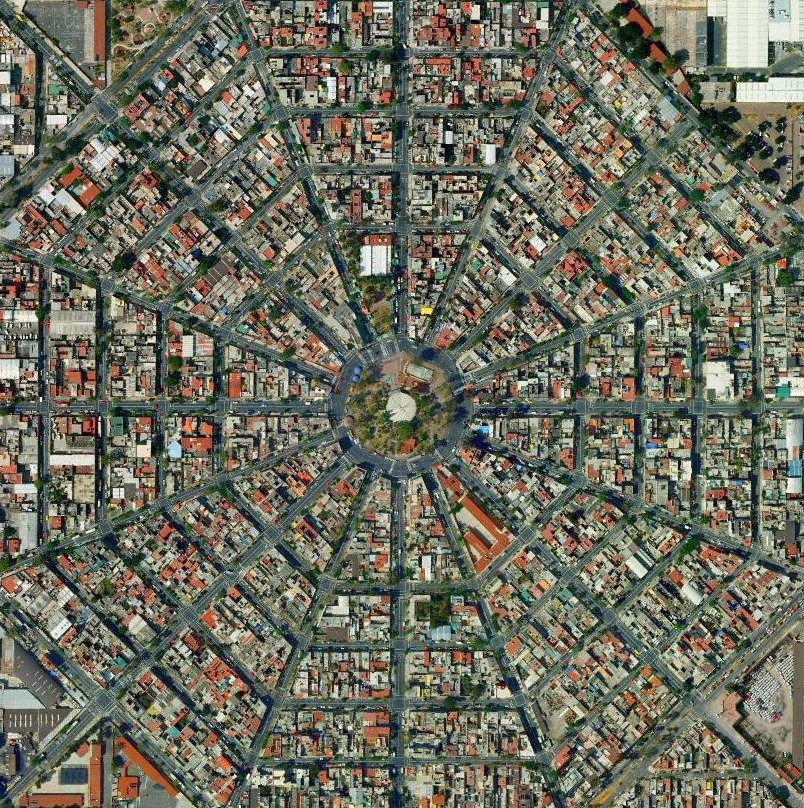 Geometric plans dominate throughout Mexico City. The Federal neighborhood (above) evokes the radiating streets of Palmanova, a town designed by Vicenzo Scamozzi in Renaissance Italy. 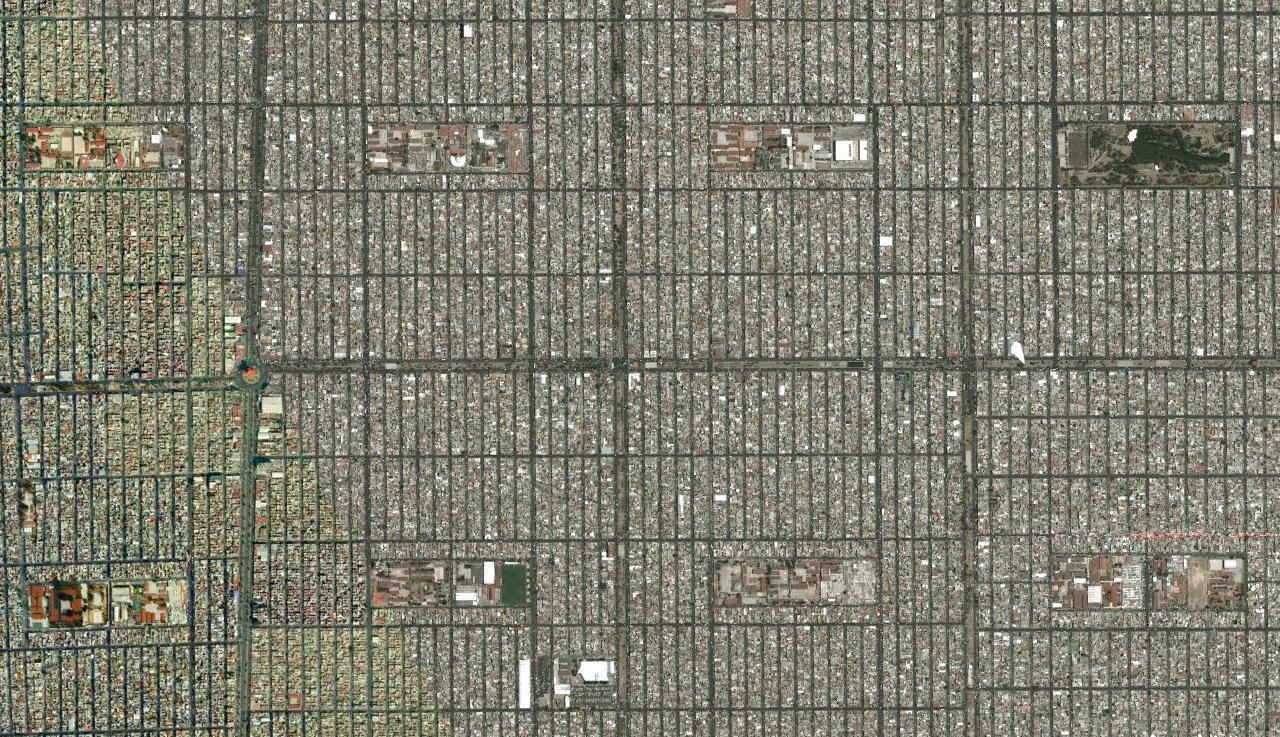 Nezahualcóyotl (above), or Ciudad Neza, is a municipality of one million people within Mexico City's metropolitan area. Its street plans follow a standardized layout — public amenities with green space confined within mega-blocks. 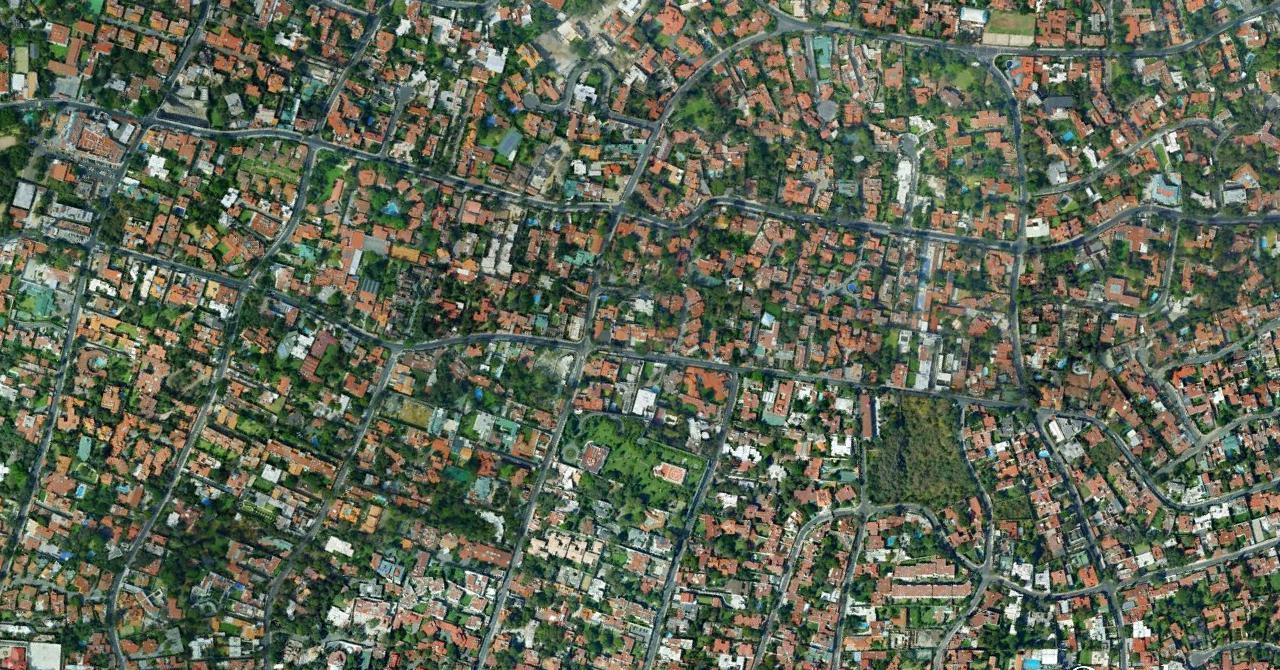 The rich and famous tend to prefer organic forms, and tend not to economize on water for their gardens. In the wealthy neighborhood of Jardines del Pedregal (above), some houses have heliports. 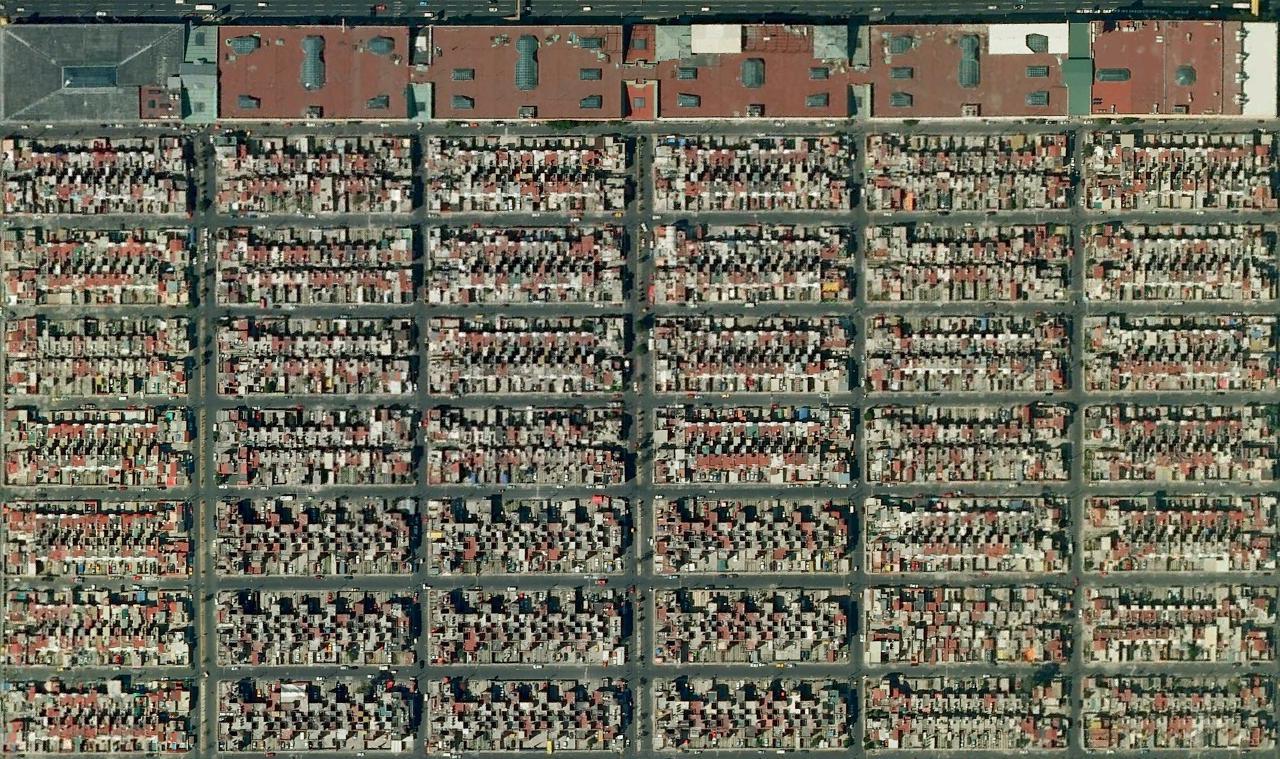 Planners chose a repetitive style for their unfortunate clients in Fuentes de Aragón (above). This neighborhood is part of Ecatepec de Morelos (below), which — like Ciudad Neza — is a municipality within Greater Mexico City. The entire city doesn't follow an extreme grid, but neighborhoods like Fuentes de Aragón are common. 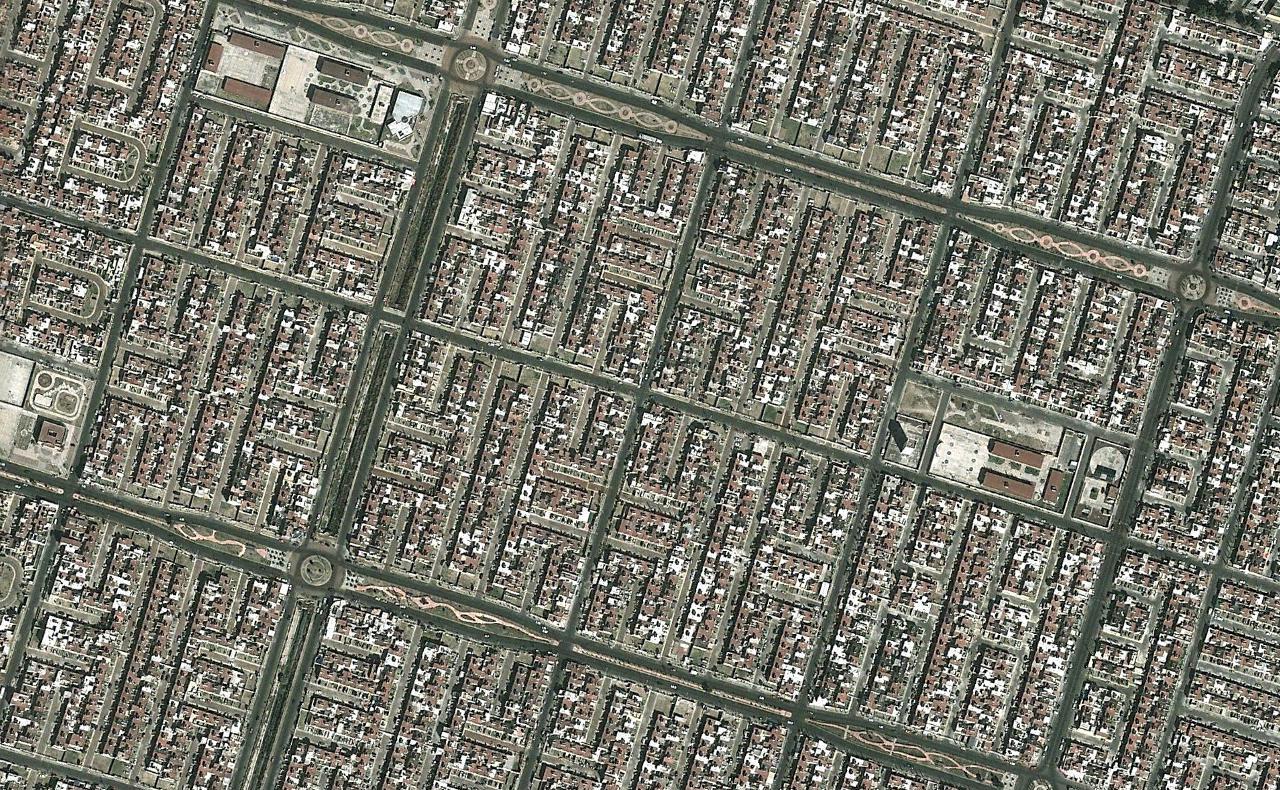 In recent years, Mexico's federal government has invested substantially in housing for the poor. Its programs, such as those beautifully photographed by Livia Corona, have rehoused over two million families in massive developments like Los Héroes Tecámac (below) in Ecatepec de Morelos. 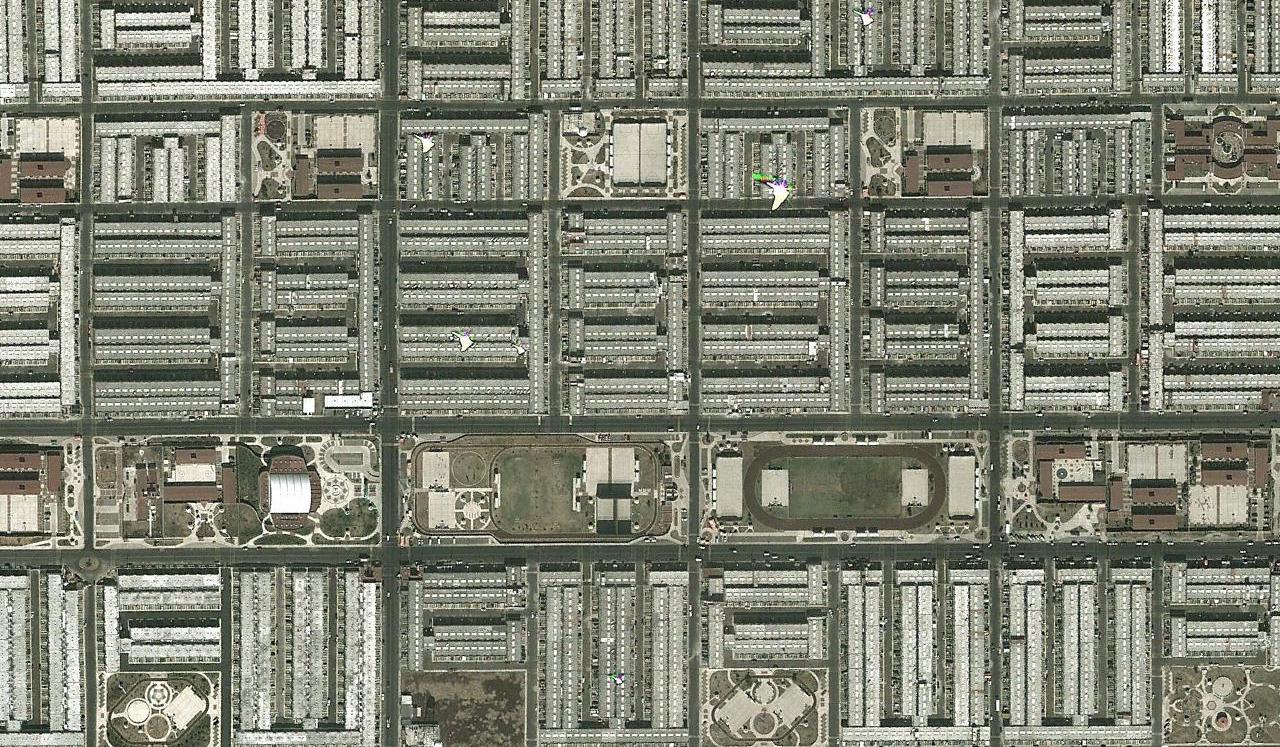 Modernist planning is still alive in Mexico, where planners appear to have substantial power in society. The challenge of resettling so many families in so few years has been solved through standardization. Many new settlements resemble enlarged microchips. 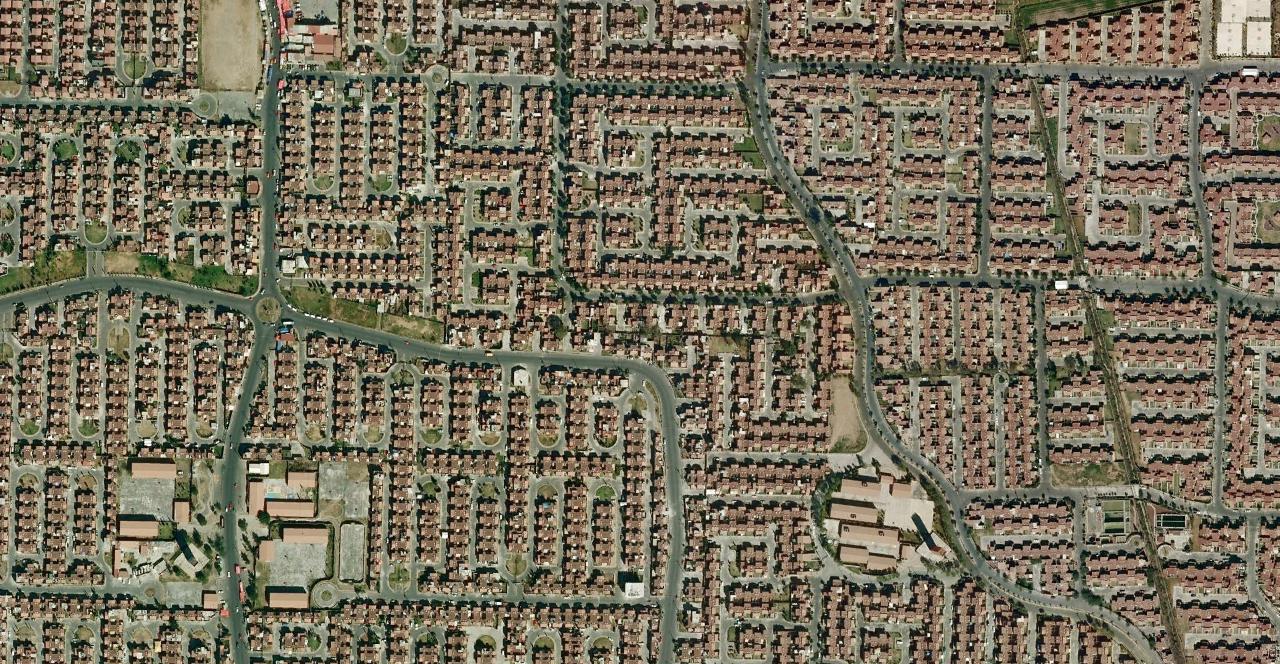 Other developments — like Geovillas Santa Bárbara (above) — have curved streets and more diverse layouts, but they are usually for higher-income populations. 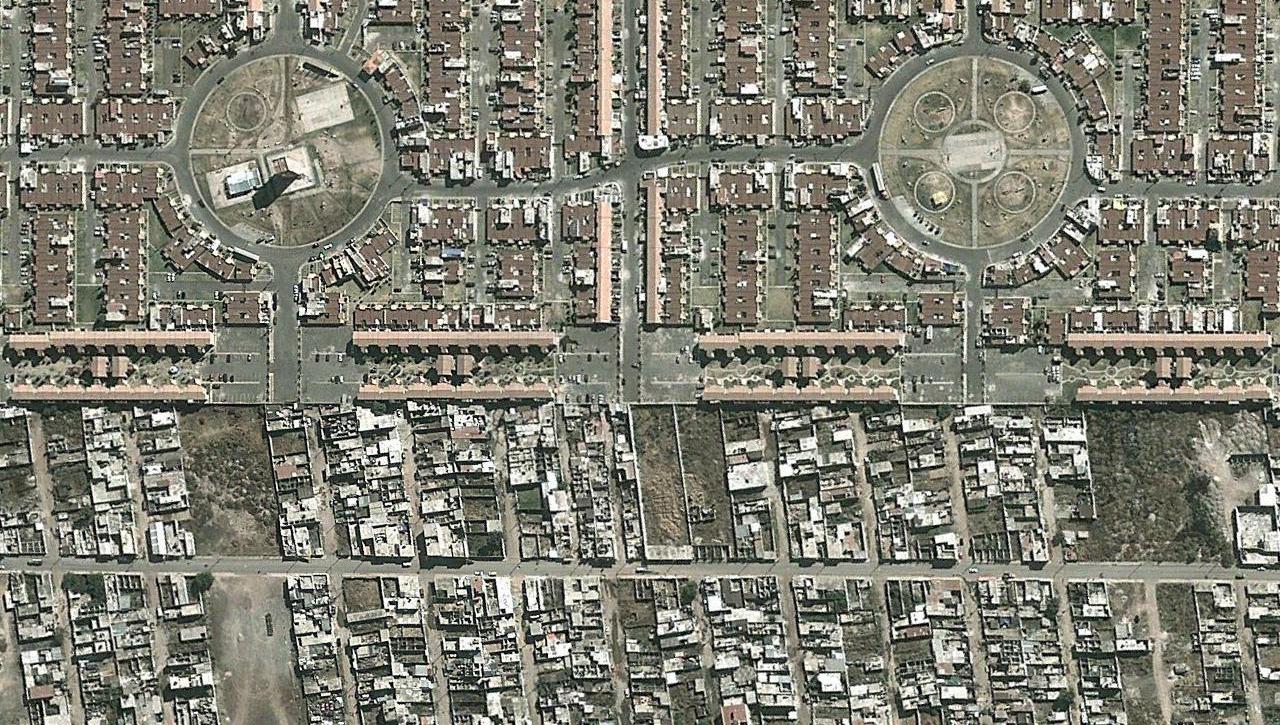 The social dynamics behind urban growth in low-income areas are complex, and self-made construction is the rule. Very few public or private initiatives strike a balance between top-down and bottom-up housing development. Instead there are extreme disparities between the two. 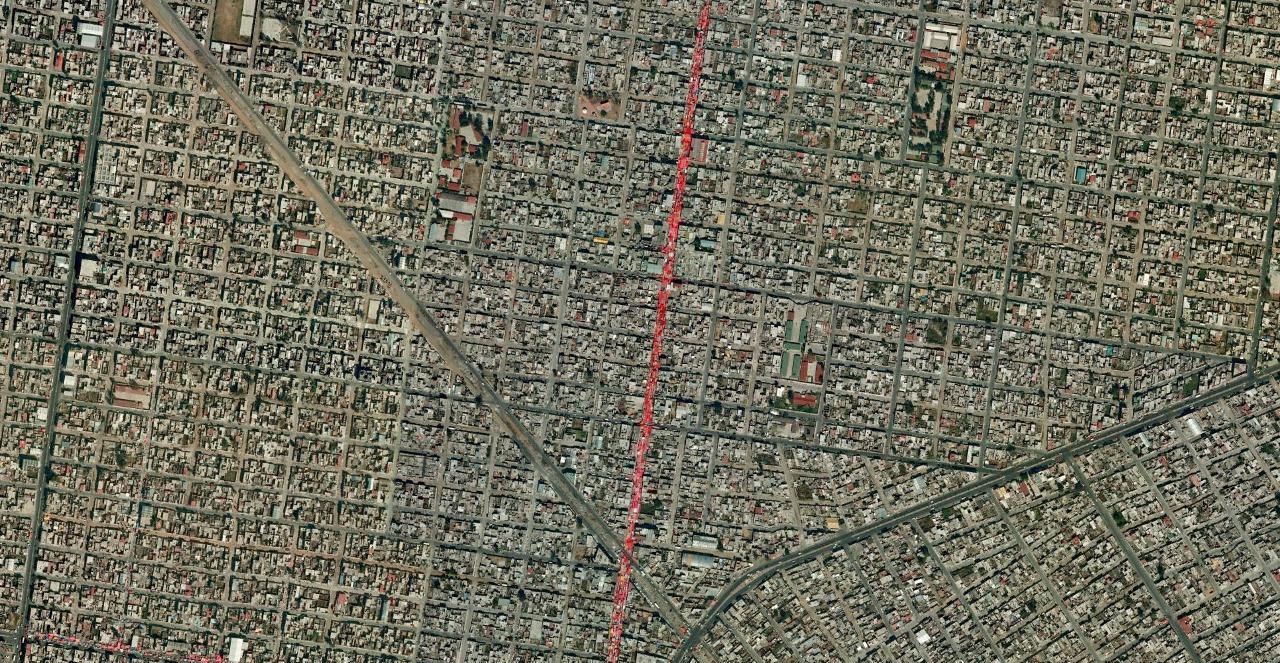 Street markets under red canopies show up frequently in satellite images of Mexico City. The market above is in Xico, another municipality within the metropolitan area. 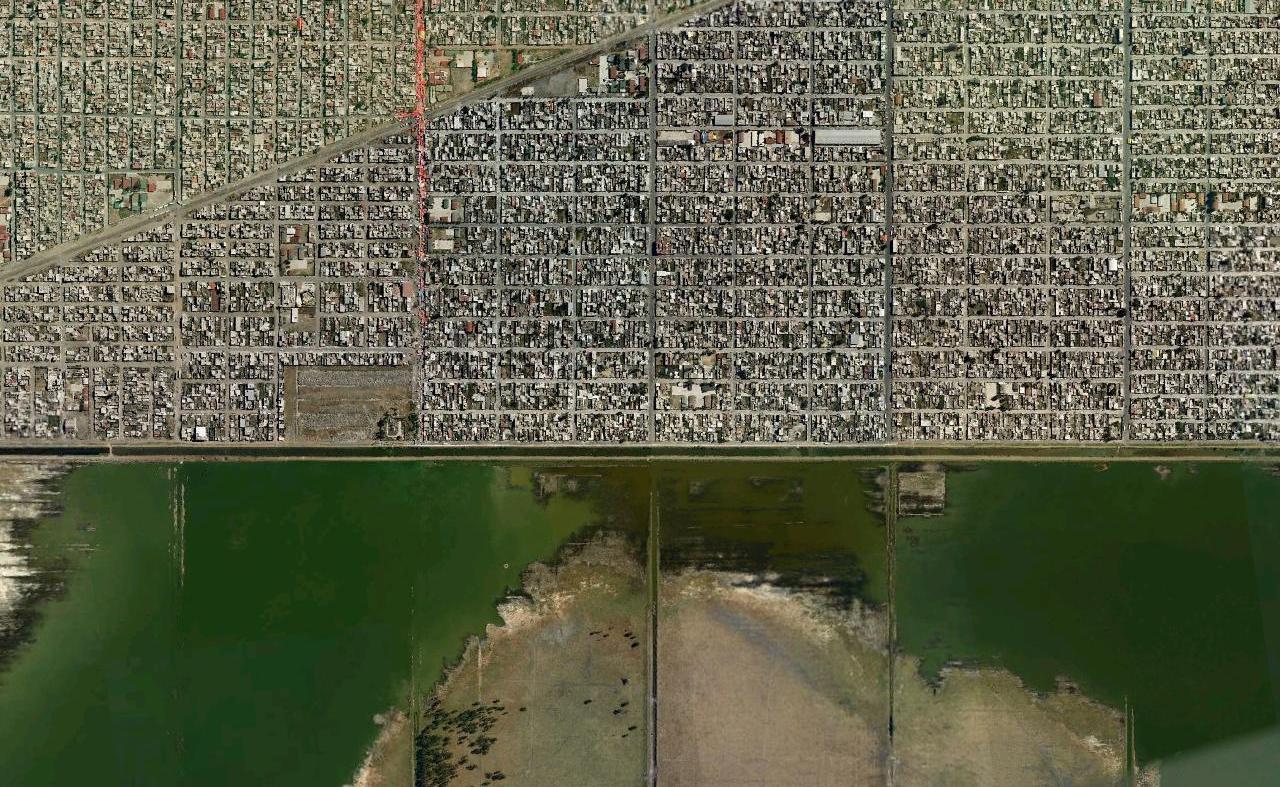 Xico is bordered by Chalco Lake (above) and the Santa Catarina Mountains (below). Here, urban development takes place without much formal planning. Green space and public amenities seem a luxury. 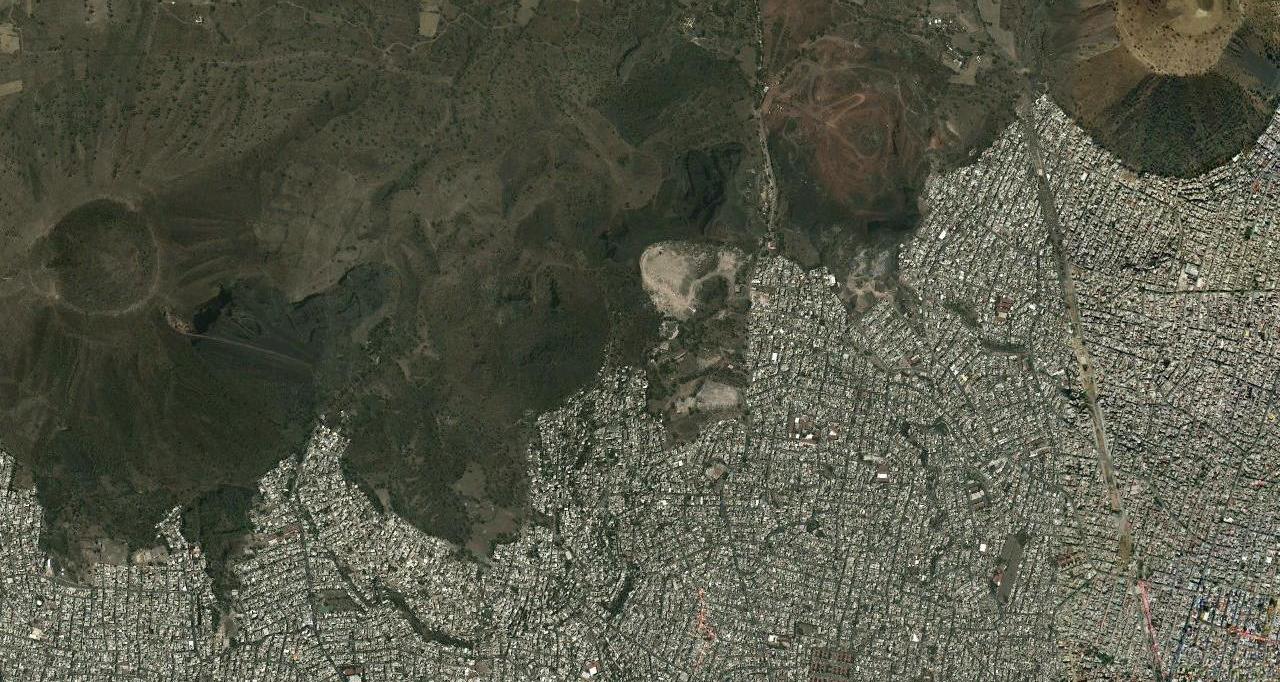 There is a real need for a new approach to urban development — one that empowers informal communities without imposing insensitive planning from above, addressing the roots of urban poverty instead of formalizing it.