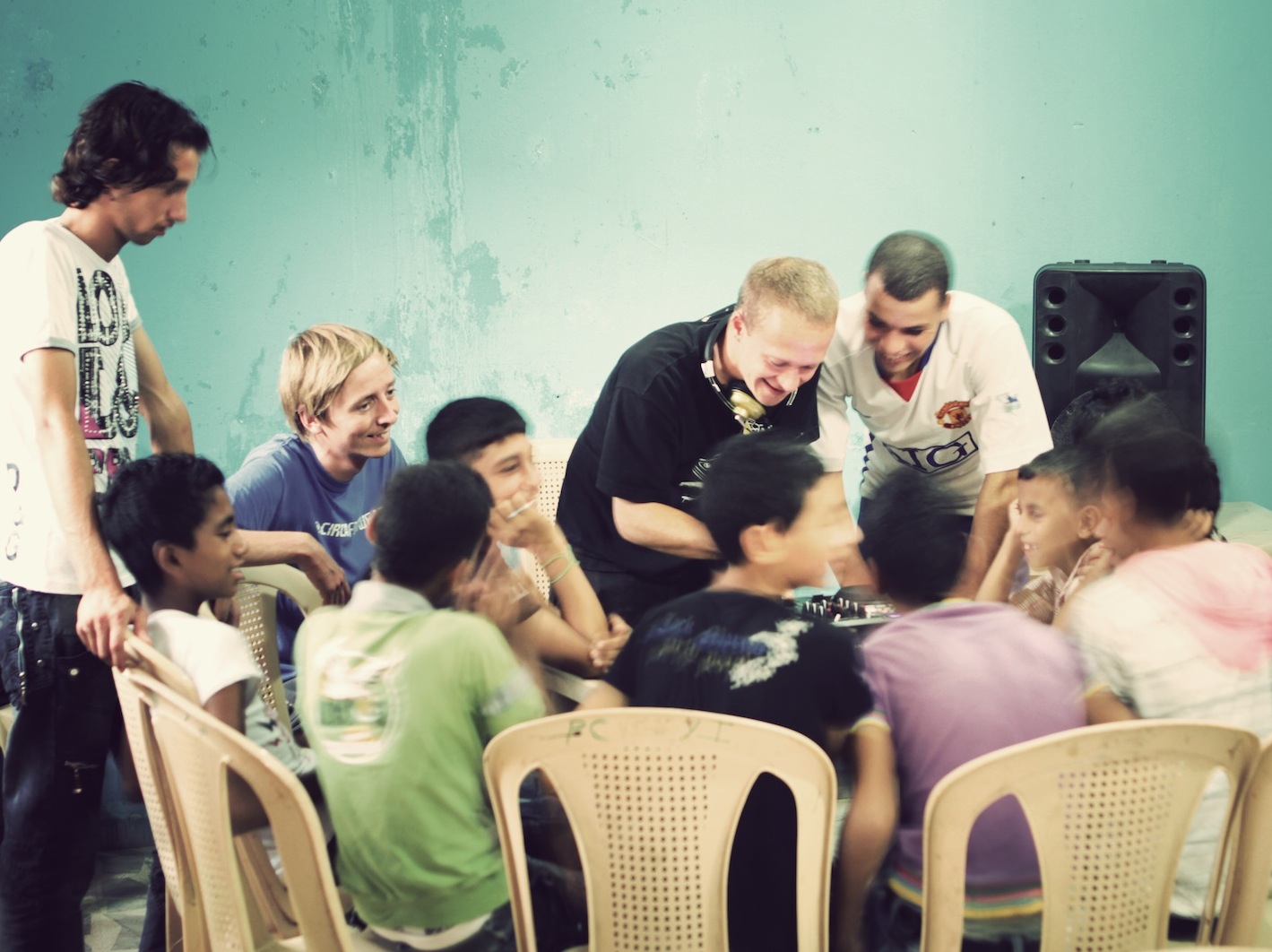 Palestinian youth participate in a DJing workshop. Source: Turntables in the Camps

Building upon the widespread influence of music, innovative programs around the world are empowering youth to work together, stay clear of danger, exercise creativity and improve their living conditions.

Turntables in the Camps introduces young people to DJing and electronic music in refugee camps. It started out as a series of workshops and now includes schools at Sabra/Shatila, Mar Elias and Burj Barajneh in Beirut; Nahr el-Bared near Tripoli; and Jabal el-Hussein in Amman. The schools are run by local NGOs and volunteers, with funding from the Danish Center for Culture and Development. The group is currently working on Turntable Labs for youth in Port-au-Prince, Cairo, Phnom Penh, Tunis and Benghazi, along with an online portal to facilitate communication between schools and with DJ communities worldwide. 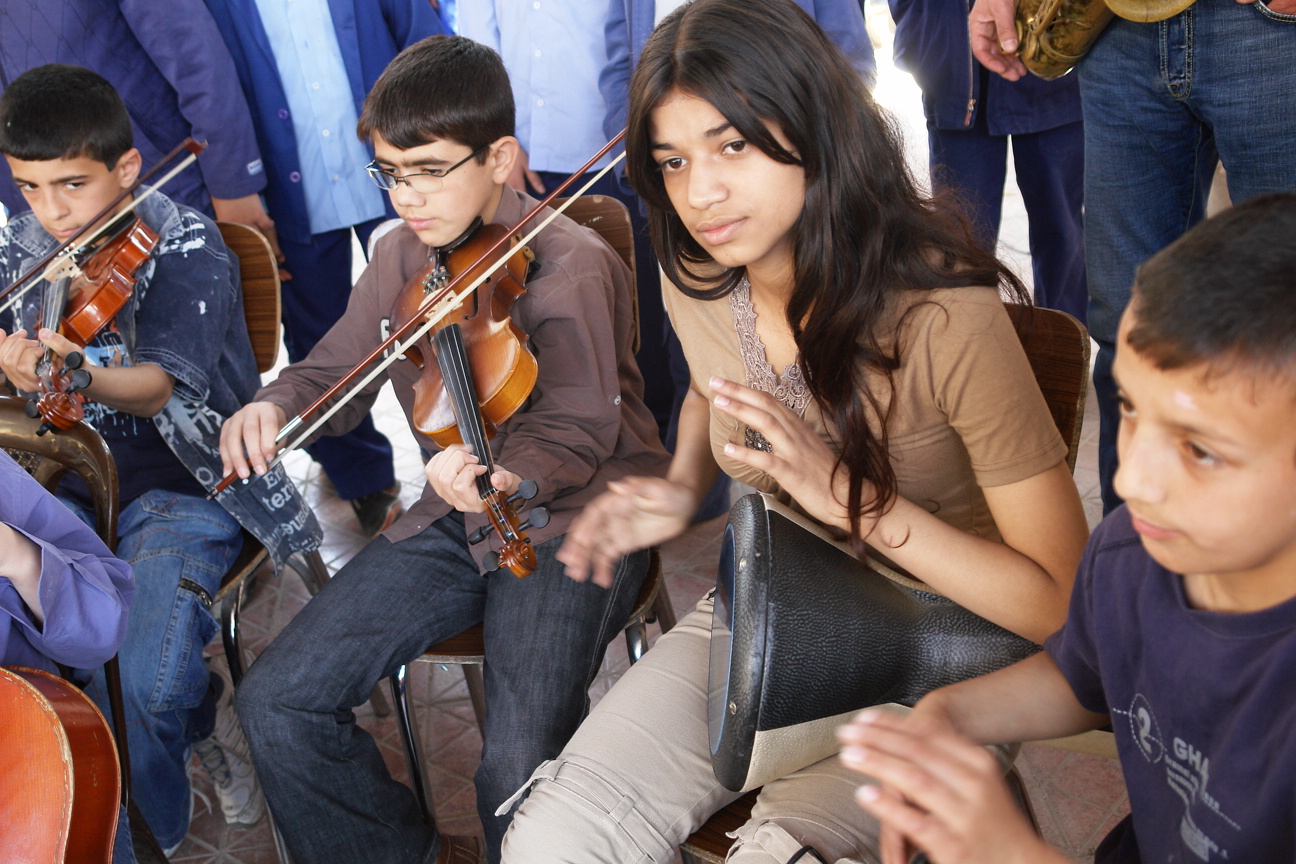 Music in Me participants in Damascus. Source: Norman Lebrecht

Music in Me is a Netherlands-based organization that works on behalf of refugee children in the Middle East — mainly Jordan, Iraq, Lebanon, Syria, Israel and Palestinian territories. It "uses the power of music to improve tolerance and increase mutual respect between people in conflict zones," setting up a variety of youth projects and helping similar organizations in the region with fundraising.

The Simón Bolívar Music Foundation runs the National System of Youth and Children's Orchestras and Choirs of Venezuela. More commonly known as El Sistema, the program was founded by José Antonio Abreu in 1975 to help embed music into the education system and promote collective practice through symphony orchestras and choruses. It is now part of the Venezuelan Presidential Ministry of People's Power, with a focus on strengthening marginal communities. Six days a week, El Sistema students practice and perform with neighborhood youth orchestras called núcleos. 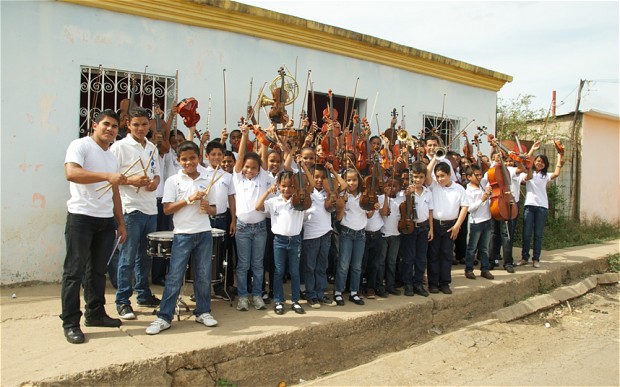 An El Sistema núcleo in Venezuela. Source: The Telegraph

More than 400,000 youth play in approximately 200 El Sistema orchestras throughout Venezuela, and more than a million have gone through the program. Alumnus Gustavo Dudamel was appointed director of the Los Angeles Philharmonic at age 26 and recently performed at the Olympic Games in London. He continues to direct youth from El Sistema in the Simón Bolívar Symphony Orchestra.


Gustavo Dudamel conducts the Simón Bolívar Symphony Orchestra of Venezuela in a concert to raise funds for recovery from the 2010 earthquake in Haiti.

Music programs are providing valuable opportunities for youth in communities across the globe. While such programs are not a cure-all, their results have been promising. They help young people build the self-discipline and collaboration skills needed to meet life's most difficult challenges.