An Ode to High-Speed Rail 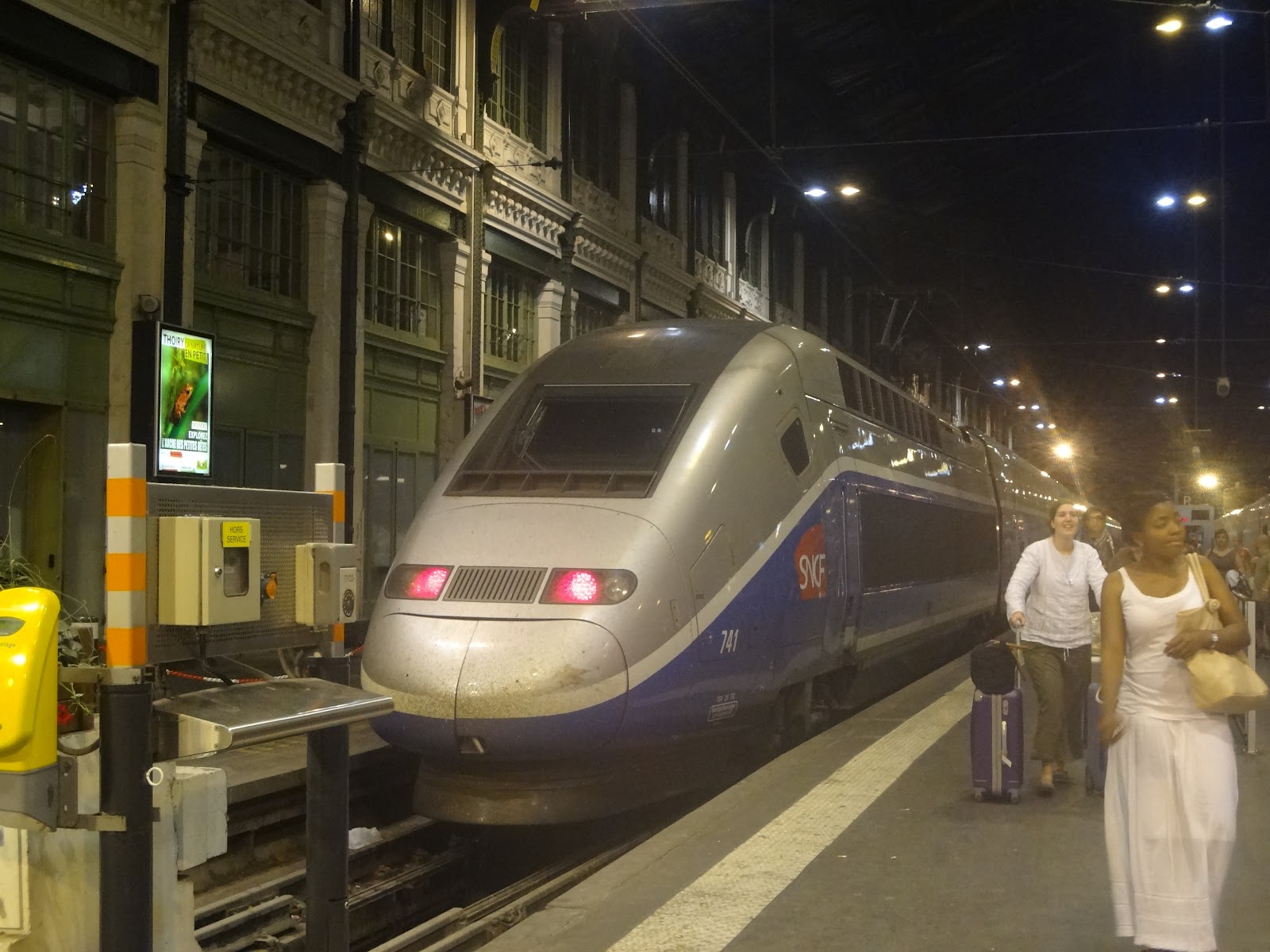 Do I dare
Disturb the universe?
In a minute there is time
For decisions and revisions which a minute will reverse.

On Monday I traveled 1000 km (a megameter?) round-trip for a meeting. It could not have been a simpler and more relaxing experience — approximately 25 minutes from my apartment in the 18ème arrondissement via two metro lines to the Gare de Lyon; 10 minutes to walk from the metro to the platform; precisely 119 minutes on the TGV to the Part Dieu Station in Lyon; a leisurely half hour on the BRT-esque C3 to Vaulx-en-Valin and, as the French say, voila. Three hours for a 500 km journey on three modes of transit, comfortable enough to read Eric Charmes and Walter Mosely. Did I mention it was 100 degrees outside? 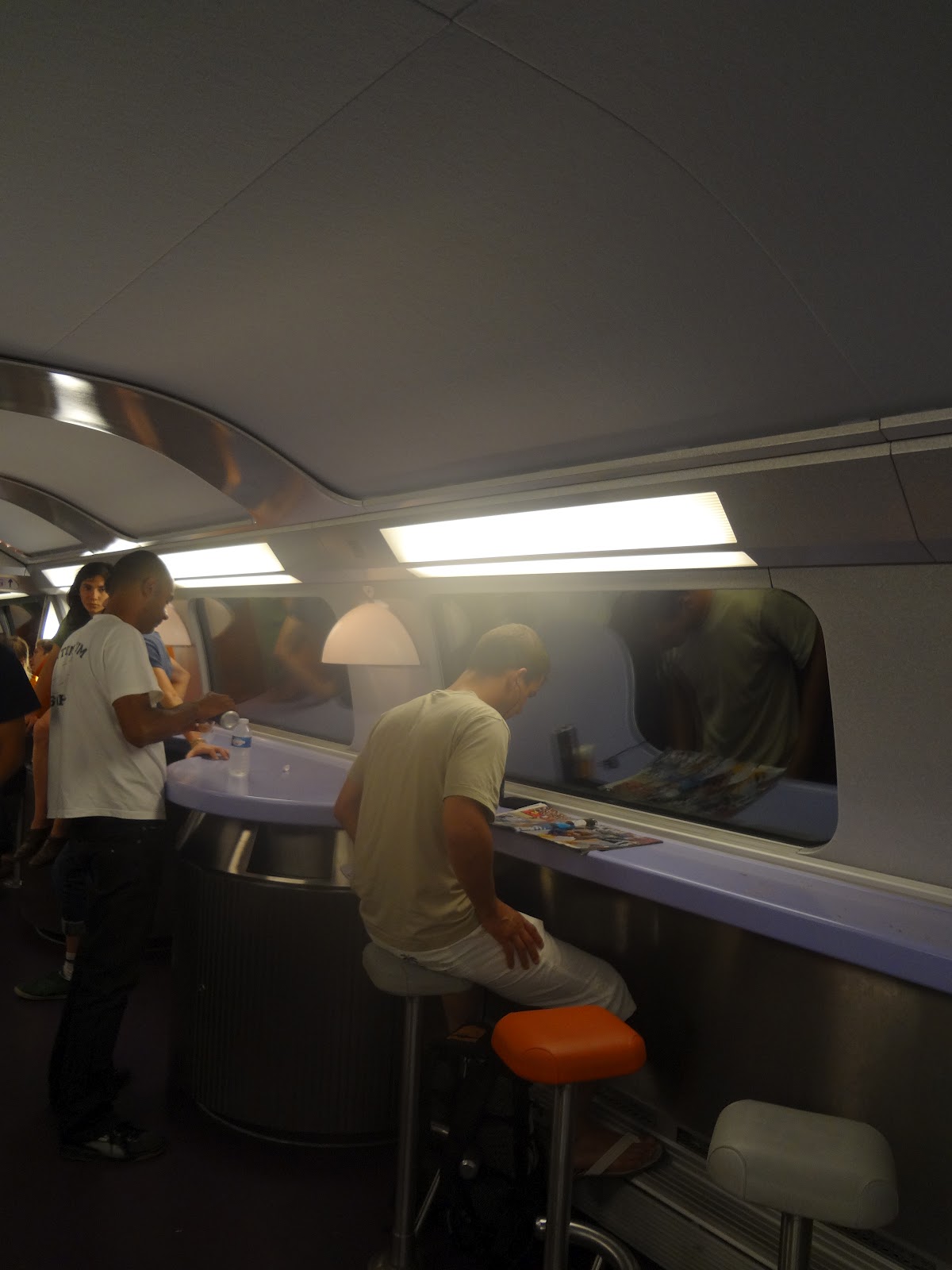 A more accurate name for this post would be "A love song for the TGV," for, in all honesty, I know nothing about other systems of super-rapid transport. Though I'm learning to appreciate transportation planning, I am certainly not a transportation planner. I am well aware that other systems may be considered boondoggles, or simply overblown tourist attractions, but one cannot say the same about Le Train à Grande Vitesse. In 30 years it has carried over a billion passengers, has never had a fatal accident, and has slowly grown in France and throughout Europe, with high-speed connections from major French cities to their counterparts in Italy, Germany, England, Belgium and the Netherlands.

What is most fascinating is how the TGV — and the "time-space compression" (to use a favorite David Harvey concept) it has produced — has changed what is possible in terms of daily life. Like many residents of France, I can now consider jobs outside of my metropolitan area, especially if I don't have to go everyday. The halls of academia are littered with students and professors who travel great distances once or twice a week to teach and study, enabling them to maintain roots in one place while following work or education opportunities as needed. I don't have to choose between family and employment, between community and a living — I can live in Paris and teach in Reims or Lille, or vice versa. And this is not about car ownership; what I did on Monday is simply not possible to do safely in a car, and likely never will be. 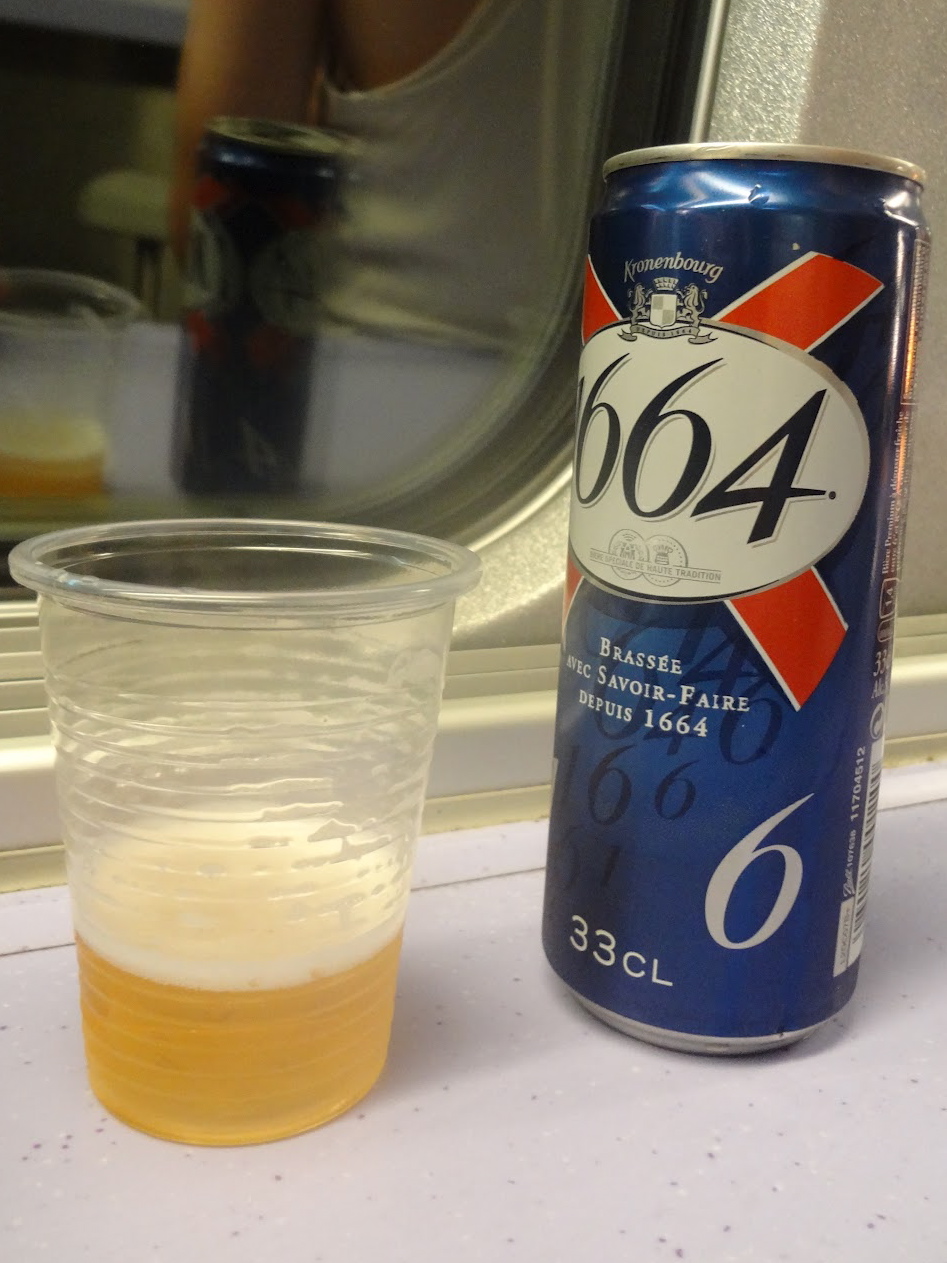 Not available in automobiles.

Commuting on high-speed rail is relatively expensive, but this does not mean the trains are bastions of the elite. Sure, the people like me who were taking business trips for the day seemed wealthier than the families traveling home for Eid or the students on vacation, but the second-class cabin of the Paris-Lyon line is fairly integrated in terms of race and class (the Paris-Nice train may be a different story...). I regularly find tickets for 25 euros each way, and with discounts for seniors, students, children, regular travelers and others, it can be even cheaper. My stepdaughter is able to navigate having a mother in Paris and a father in Lyon with less trouble than some kids I know with divorced parents on separate sides of an auto-dependent U.S. city.

As central cities in every corner of the globe gentrify, there is legitimate concern that expensive systems like the TGV, which connect urban cores, will detract from efforts to serve poorer communities whose transit needs are more within metropolises than between them, and will simply reinforce already privileged centers. But as California and the United States drag their heels on high-speed trains four decades after they were introduced in Europe, those of us who care about justice might want to learn from the French — they build interconnected systems at every scale, from bike paths on up, and then work to provide subsidies for students and other low-income people to access the system at different points. The path to inclusive urban centers should include high-speed rail between cities while making sure that everyone can afford a seat on the train.