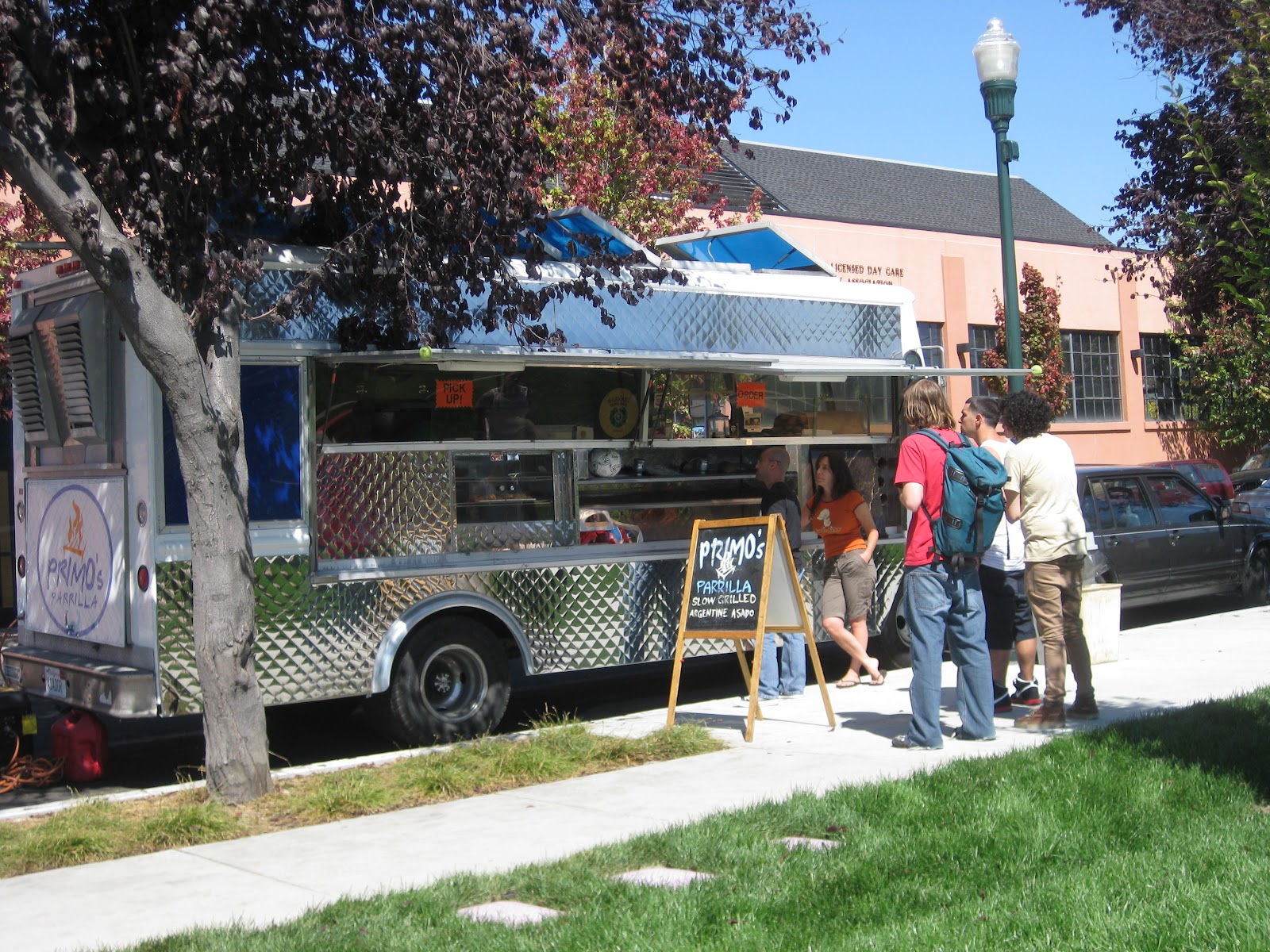 Cities across the United States are becoming hotbeds for mobile-food entrepreneurs benefiting from an online social networking culture. The mobile food-vending phenomenon is a rich environment for examining the development of technical, social and economic dimensions of contemporary urban life through the mobilization of services and social activity in both virtual and physical space. Although the number of mobile food vendors in cities has nearly doubled over the past decade, few studies have addressed this trend’s impact on the current and future urban fabric.

With the rapid increase in gourmet food trucks, smartphone applications such as TruxMap, Food Truck Fiesta, Road Stoves GPS and Truck Spotting have emerged, offering real-time tracking of favorite eats. Yet Twitter is the most popular source of information among vendors and customers alike. It is used to exchange tips about serving locations, daily menu items, service outages, customer feedback and changing city ordinances. Social media has become essential to vendors by assuring a sufficient customer-base wherever they choose to locate. At the same time, urban spaces acquire new functionality and meaning with the presence of food trucks, as customers instantly populate urban sites for temporary periods of time. 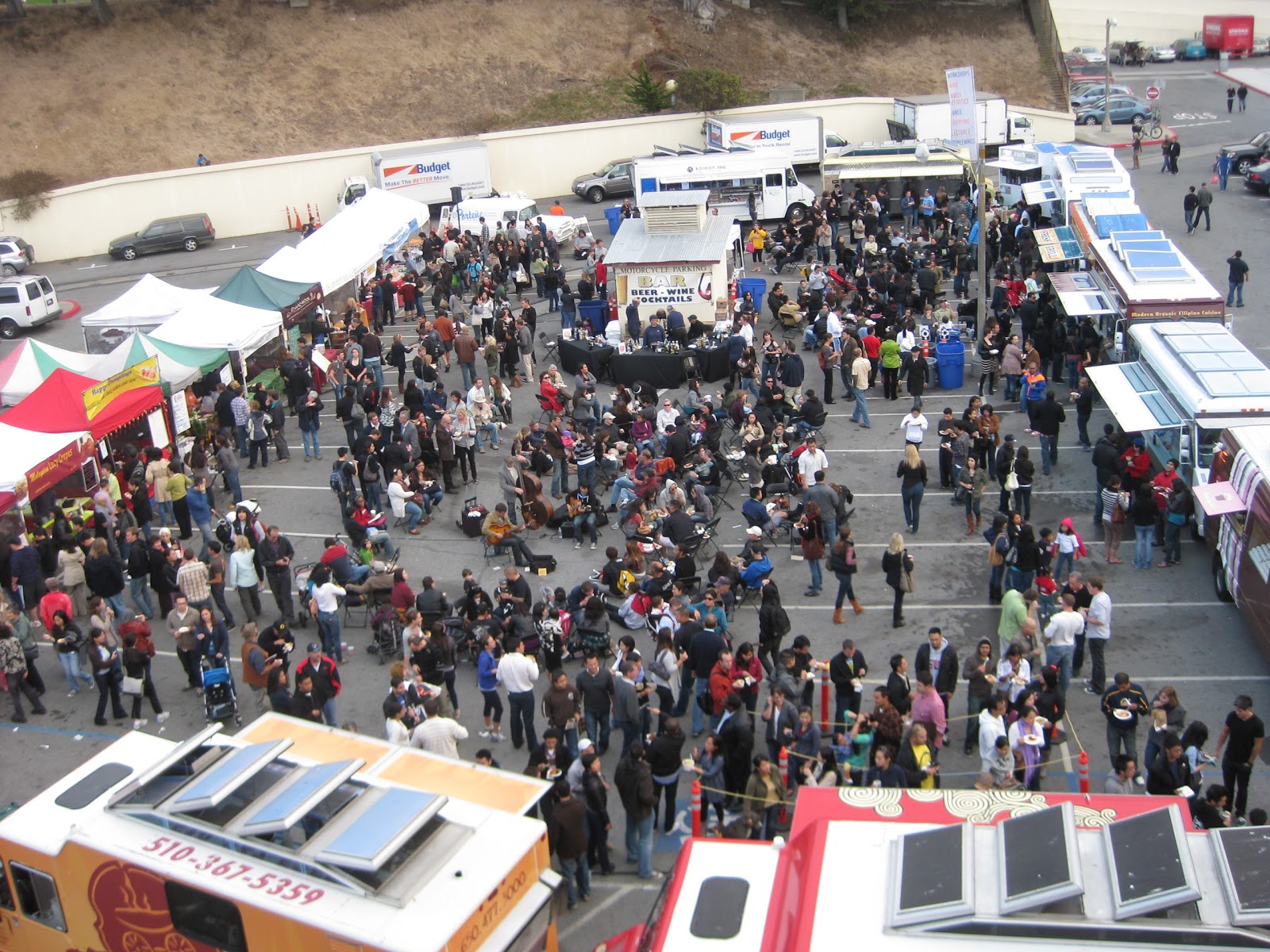 Off the Grid, a weekly street-food event in San Francisco.

Unlike Portland or Los Angeles, which have longstanding food-truck industries, the nascent scene in the San Francisco Bay Area is spreading rapidly through an abundance of media coverage. This coverage is often focused on the effects of mobile vending on local municipalities, including issues of nighttime theft and crime, regulating distances from secondary schools, resolving spatial conflicts between vendors and restaurant owners, assigning proper public parking areas, updating outdated ordinances and permit costs, and maintaining health-code requirements. Despite these challenges, street-food events like Off the Grid, Bites Off Broadway, Food Truck Mafia and the new SOMA Street Food Park are becoming weekly fixtures and drawing unprecedented crowds.

This fast-growing industry shows how information technology is linked interdependently with social events and practices in urban environments. The ubiquitous use of online media presents challenges for urban design and planning. Largely built upon principles and strategies of modernization since the emergence of the industrial city, they must now incorporate flexible social, political and economic strategies that accommodate and respond to new modes of communication. In "Telecommunications and the City,"Steve Graham and Simon Marvin point out that "a primary challenge for planners and local governments is that they inevitably have to deal with bounded and enclosed jurisdictional definitions of urban space, which leads to difficulties in taking account of real-time flow of capital, information, services, and labor power that continuously and invisibly puncture these boundaries."

The role of online communication in redefining how we receive, generate and share information is widely discussed, yet the ways in which it reconfigures the urban environment remain unclear. How can we understand the relational meaning, use and relevance of contemporary urban places when everyday activities are becoming more mobile? How might urban analysts, planners, designers and inhabitants respond to the influence of information technology on these increasingly dynamic environments?

Ginette Wessel is a Ph.D. Candidate in the Department of Architecture at the University of California, Berkeley. Her research interests include ethnographic investigations of information technology and everyday urban environments, as well as methods of urban visualization and cognition. Ginette's article "From Place to NonPlace: A Case Study of Social Media and Contemporary Food Trucks" is published in the Journal of Urban Design.