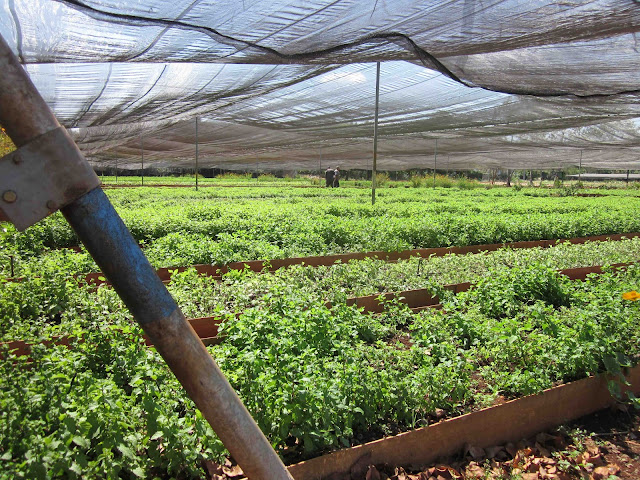 If you drink a mojito in Havana, there's a chance that the mint it contains came from the Alamar nursery on the outskirts of the city. The 27-acre Vivero Alamar is one of Cuba’s most successful neighborhood-managed, worker-owned cooperative urban organic farms. It began in 1997 when Miguel Angel Salcines López, a mid-level Ministry of Agriculture agronomist and the co-op's current president, asked to use a nine-acre plot of abandoned "waste land." After he joined forces with others and brought in more workers (the nursery employs 165 people today), production rose from 20 tons of vegetables a year to more than 240 tons today. Ninety percent of the produce is sold directly to the public at markets adjacent to the nursery, and up to 10 percent is dedicated to social purposes, sold to schools and hospitals at reduced prices by contractual agreement. 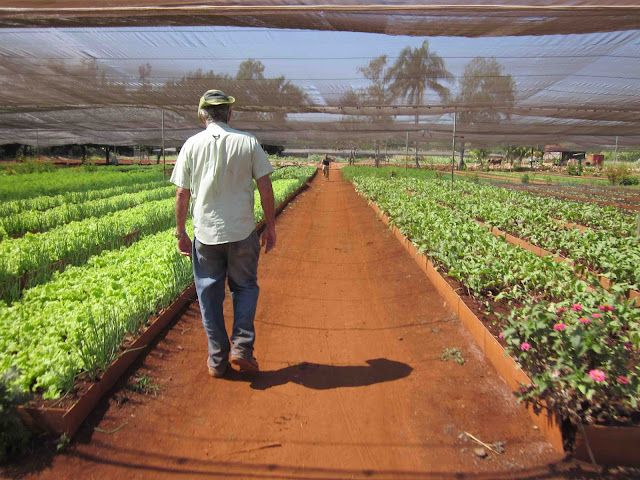 Vivero Alamar is a tightly organized and intensively used productive space. It is certainly one of the cleanest farms I have ever visited. It is a fascinating place complete with a government-run biological pest control research center, food processing facilities and massive banks of vermicompost, among other marvels. 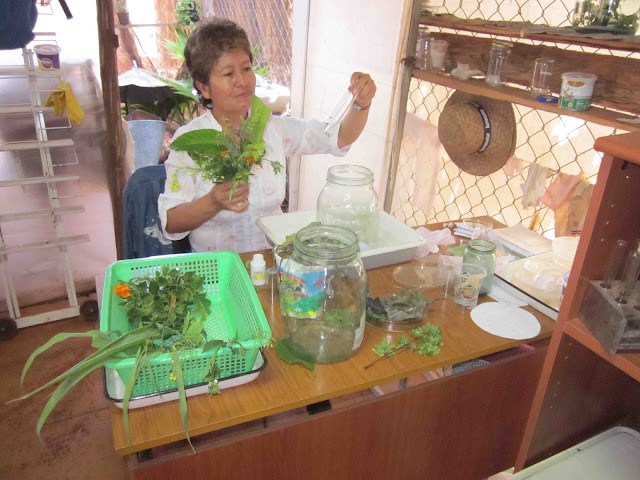 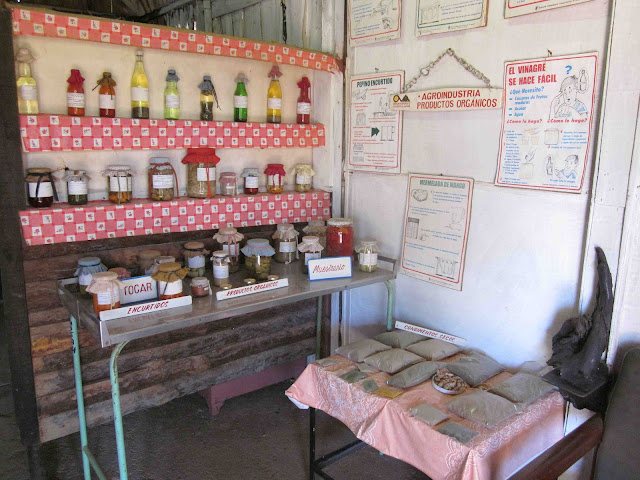 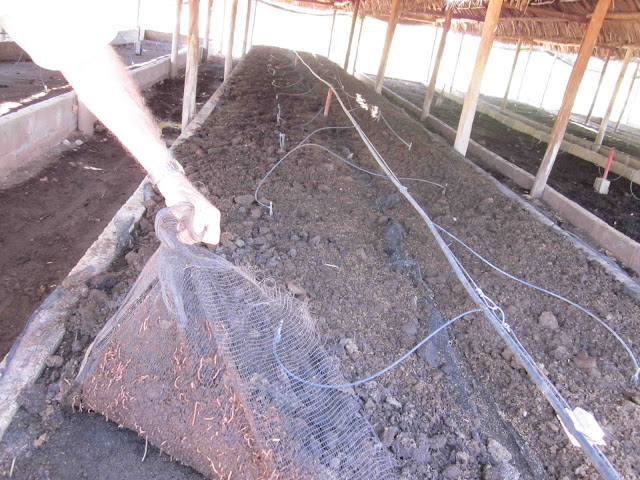 There is an important political, economic and social history behind Cuba's renowned system of urban agriculture, in part discussed in Jordi’s post on Polis and also detailed in Sinan Koont’s article in the Monthly Review a few years ago. What struck me most during a short visit several months ago was the clever integration of productive spaces into places across Havana. Larger sites like Alamar require space only available in less densely populated parts of Havana, but another site I visited was nestled in the middle of the city, on the corner of San José and Espada streets. 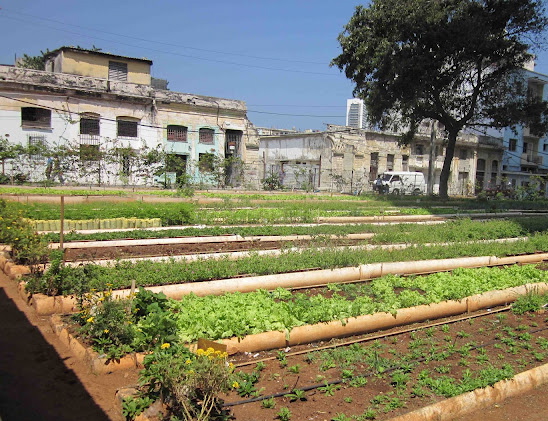 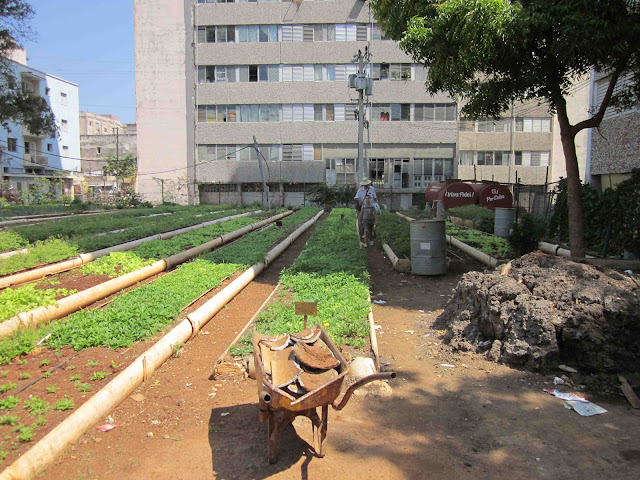 Lafita, the site's master gardener, explained that this corner plot is managed by the Popular Council, a neighborhood-level governing body. The 550 square-meter beds contain over a dozen crops, producing about 10 tons of vegetables a year, which are sold in a shop at the edge of the site. When Lafita arrived seven years ago, the site was in bad shape. He has built plant beds using recycled tiles, developed a new drainage system and put thousands of hours of care into the gardens. They are now blossoming and full of life. 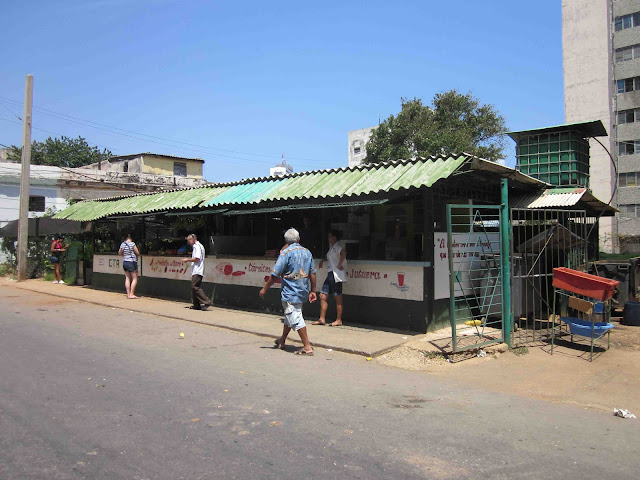 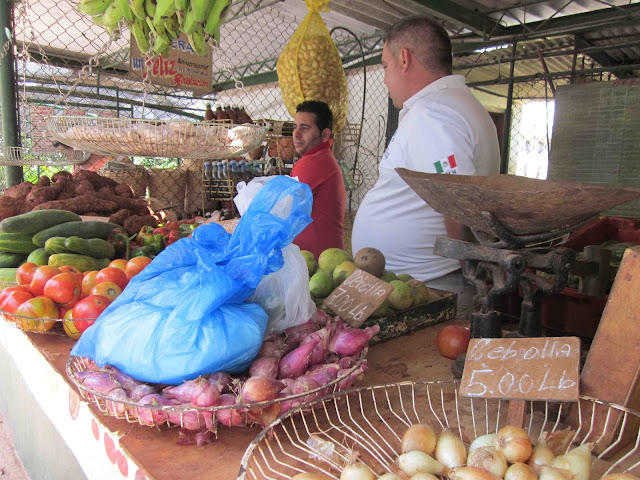 These are just two of more than 200 gardens in Havana that supply more than 90 percent of residents’ fruit and vegetables. Around 85,500 acres of land in the city are used for urban agriculture. Many people have been inspired by these figures and the scale of production, visiting the island to learn more about the model. Check out "¡Organopónico! An Agricultural Revolution" for a short taste of urban agriculture in Havana and "The Power of Community: How Cuba Survived Peak Oil" for a longer film that documents urban food growing across the country.