In 1932, Frank Lloyd Wright introduced a utopian vision of a democratic society in a manifesto titled “The Disappearing City.” The antithesis of urban, Wright’s Broadacre City would house families on separate one-acre plots spread out along freeways. This was, in Wright’s view, “not only the single form the democratic city could take, but the only possible city of the future.” Broadacre City was never built, and received a fair amount of criticism as a naive vision of utopia. Nevertheless, Wright continued working on the concept until his death.

The idea that artists should use their work to champion social change dates back at least to the Enlightenment, but it was Jean-Paul Sartre who articulated it most memorably. His notion of littérature engagée and its sister, l’art engagé, were driven by an ethical commitment to exert an emancipatory political and social influence on humankind. 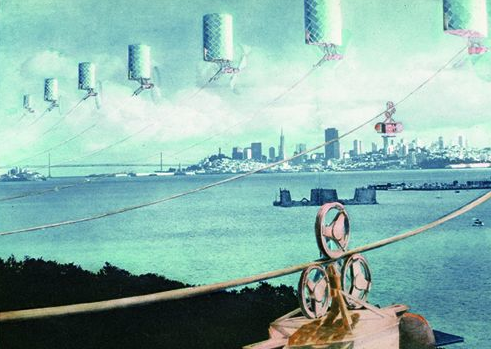 Welcoming visitors with a panel on Thomas More’s “Utopia” and continuing into the 1980s, the exhibit diligently traces the historical development of idealist architectural visions. The curators assembled a series of hanging panels and a variety of media to create seven spaces that educate visitors about the central works and tenets of each vision.

Moving from More’s time to the early 19th century, the next section introduces visitors to Welsh social reformer Robert Owen and his utopian socialism. Driven by a desire to alleviate poverty through cooperative living, Owen moved to the United States and started an experimental village centered around unity and mutual cooperation. New Harmony, as the community was called, failed within two years. 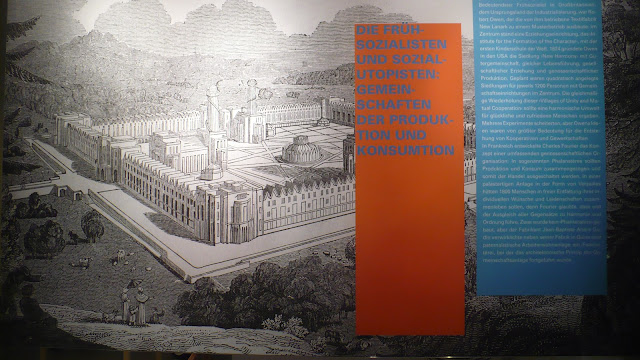 The fate of Owen’s initiative did not deter Frenchman Charles Fourier from his own vision of a utopian community. Designed to integrate urban and rural features, Fourier’s Phalanstère (Phalanstery) was similar to an Israeli kibbutz. It was meant to house a self-sustaining community of no more than 1600 people. The complex comprised both living and working space, as well as a nursery and a ballroom. Due to lack of financial support, Fourier never built a Phalanstery in Europe, but several communities were created in the United States. 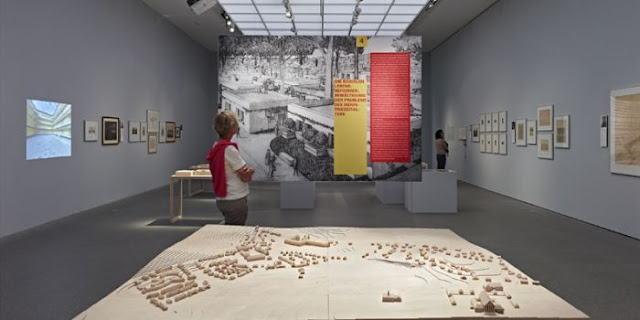 A view of the Garden City section. Source: Jens Weber

Owen and Fourier both shared a preoccupation with what they saw as the eroding influence of industrialization on human communities. Ebenezer Howard also shared this concern, advocating a vision of living in harmony with nature. His Garden City movement was a response to the increasingly squalid living and working conditions that he witnessed in London. A somewhat different response to industrialisation, Tony Garnier’s Cite Industrielle (Industrial City) occupies a wall across the room from Howard’s Garden City plans. 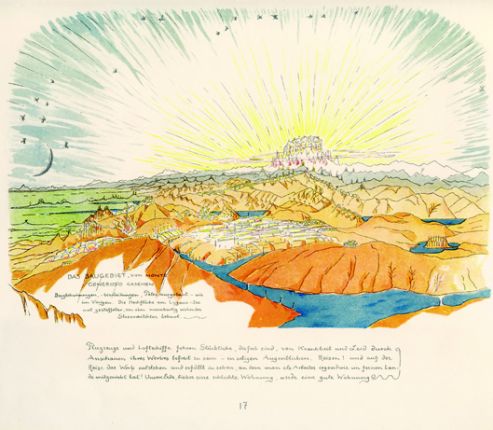 The exhibit then transitions rather brusquely into the internationalist movement and offers a glimpse of Bruno Taut’s theoretical writings alongside the eye-catching model of the Maison d’Artiste (Artist’s House) by Theo van Doesburg. 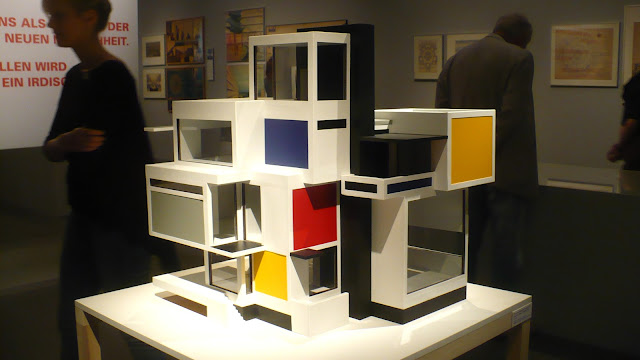 Examples of socialist and communist architecture occupy the middle section of the exhibit, revolving around Moisei Ginzburg’s (in)famous Narkomfin Communal House. Together with the work of Renaat Braem and Jiří Kroha, these examples draw upon ideas that are similar to Owen’s and Fourier’s visions of communal living with less concern for nature. The theme of living in harmony with the land resurfaces in the last section of the exhibit with Wright’s Broadacre City and Ernest Callenbach’s Ecotopia. 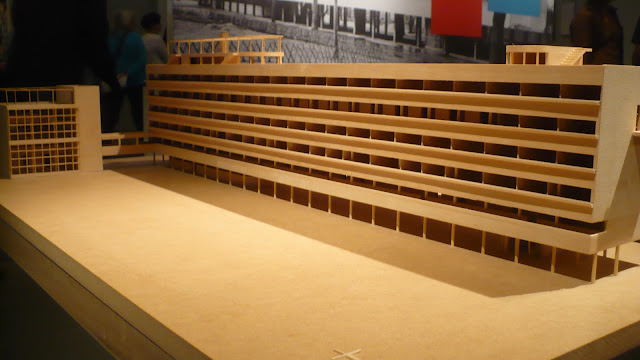 Despite the great quantity of information accompanying the exhibit, by the end I had a distinct feeling that questions of substance had been left out. For instance, I was struck by the omission of Le Corbusier and the Athens Charter from the timeline of utopian manifestos. His Unite d’Habitation was clearly influenced by the Narkomfin House, and evokes certain aspects of Fourier’s Phalanstery as well.

However, there was an even larger white elephant looming in the room. Hovering amongst the beautifully preserved archival documents and plans was the scarcely mentioned fact that all these visions eventually failed to achieve their goals of social emancipation. Although the ideas were frequently recycled as time went on, they never congealed into another coherent manifesto. 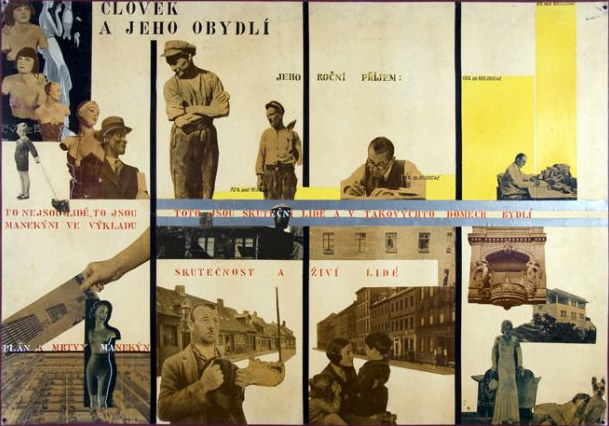 Architect Jiří Kroha’s “The sociological fragment of living, the human being and his dwelling.” Source: TU München

The exhibit’s curators hope that a re-examination of these “efforts to improve or change social systems could help to historically deepen the current discussions about the importance of the built environment.” Despite recent initiatives like WikiHouse, there is a common view that the moral mission of architecture has been in decline for the past 25 years. Increasingly perceived as an elitist domain whose practitioners build monumental museums and luxurious villas, 21st-century architecture has thus far failed to productively engage with pressing social issues. One can only echo the Munich curators’ hope that the situation will soon change.