Ownership and Identity in Kennedy Plaza 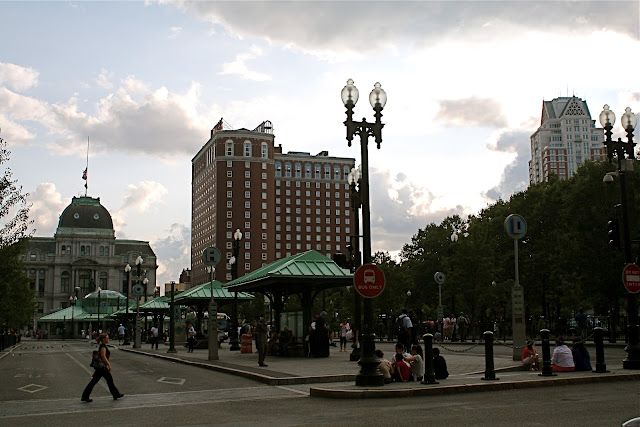 Ask anyone where the center of Providence is and they’ll point you to Kennedy Plaza. Geographically it is a natural center, located in a river valley between two hills. College Hill (to the east) is home to Brown University, and Federal Hill (to the west) is the heart of Providence's Italian-American community. Kennedy Plaza's layout follows the traditional colonial pattern, with the Providence City Hall facing the U.S. District Court. (According to local legend, when mayor Buddy Cianci was on trial he would walk across Kennedy Plaza to make his court dates.) The plaza is also a transportation hub, first as the home of a train station from 1847 to 1980, and now as a bus depot. 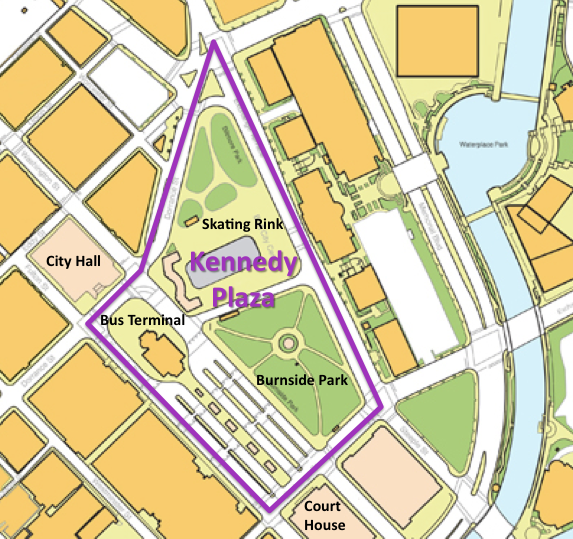 Kennedy Plaza’s assets don’t necessarily add up to its status as city center. The State Capital and the Providence County Courthouse are located elsewhere. The first central plaza in Providence, Market Square, is located across the river. The bus depot is ugly and loud and takes up half the plaza’s usable space. But while other spaces can claim equal proximity to public buildings, greater historical importance and aesthetic advantages, they stand empty while Kennedy Plaza bustles with loiterers, tourists, commuters and professionals. 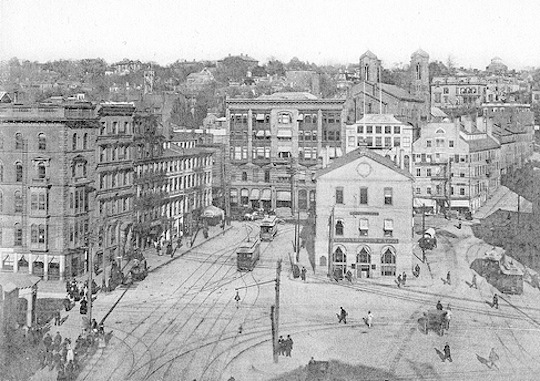 Market Place, the former center of ownership and identity in Providence. Source: City of Providence

Kennedy Plaza stands out because it has become a symbol of identity and (contested) ownership for the people of Providence. It is a reminder of what Setha Low, director of the Public Space Research Group at the City University of New York and author of "On the Plaza: The Politics of Public Space and Culture" describes as the “phenomenological and symbolic experience of a space as mediated by social processes such as exchange, conflict, and control.” The making of Kennedy Plaza is not a story one can Google and, as a relative newcomer to Providence, I am not in the best position to tell it. According to William McKenzie Wormwood, a historian at the Rhode Island Historical Preservation & Heritage Commission, Kennedy Plaza “is the city's most constantly reworked space, and fully interpreting its history would fill a book that could be a landmark in understanding American urbanism.” That said, I can guess at several key historical processes behind the plaza's current centrality. 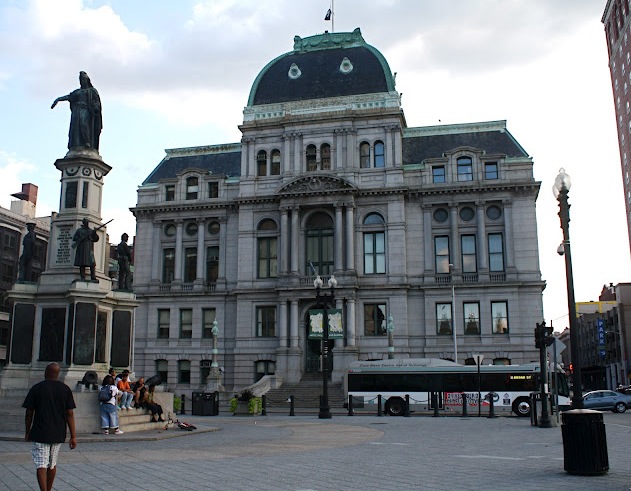 First was the construction of City Hall in 1878. While arguably not the most important political building in Providence, City Hall is the most approachable. The modest facade is removed from the sidewalk by only a few steps, welcoming democratic participation in contrast to the state capitol’s grand walkway and imposing dome. City Hall, not the State House, is the primary voice in government for the average Providence citizen. 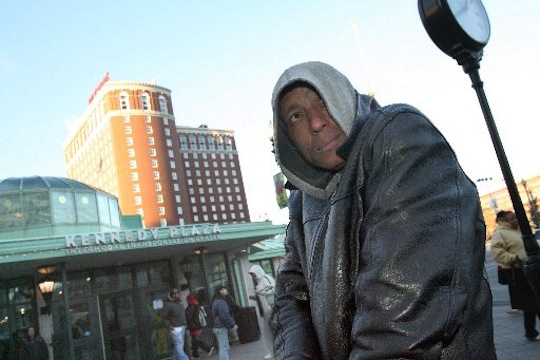 Second is the bus depot, redesigned and formalized by the Rhode Island Public Transit Authority in the late 1990s. To the probable chagrin of the plaza’s more well-to-do tenants, the bus depot attracts the homeless and unemployed by providing benches and a constant stream of pedestrian traffic. Kennedy Plaza provides rare visibility for the dispossessed, who in other cities are often vetted away from the central public space. 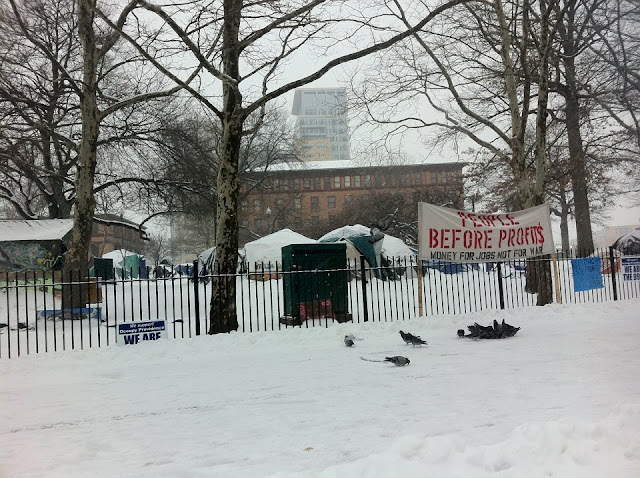 Third is local politics. The status of Kennedy Plaza as a space of contested ownership became most obvious when Occupy Providence moved into Burnside Park in October 2011. And, in fact, many of the participants had been occupying Kennedy Plaza for years through frequent demonstrations, petitions and orations in front of City Hall or the Court House. 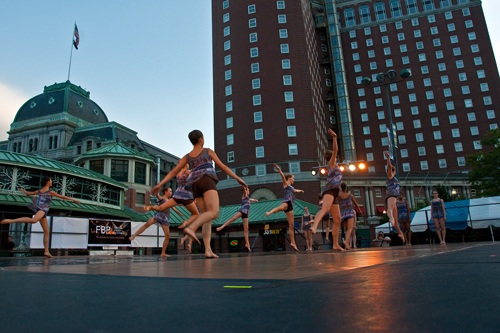 Recently the Greater Kennedy Plaza coalition has been working to reinvent the plaza once again, part of an initiative to “transform Downtown Providence into a lively public square, rich with activity.” The coalition includes several foundations, more than five state and local government bodies and Bank of America, among others. I see their project as another bid for ownership of this contested space.

Credits: Photos of Kennedy Plaza by Melanie Friedrichs unless otherwise noted in the captions.