While wandering along Barcelona’s streets earlier this year, I stumbled upon the Barcelona Photographic Archive exposition on rephotographing the city. I thought this was an intriguing approach to exploring urban change over time, so when I came across century-old photos of Palma de Mallorca I decided to try my hand. 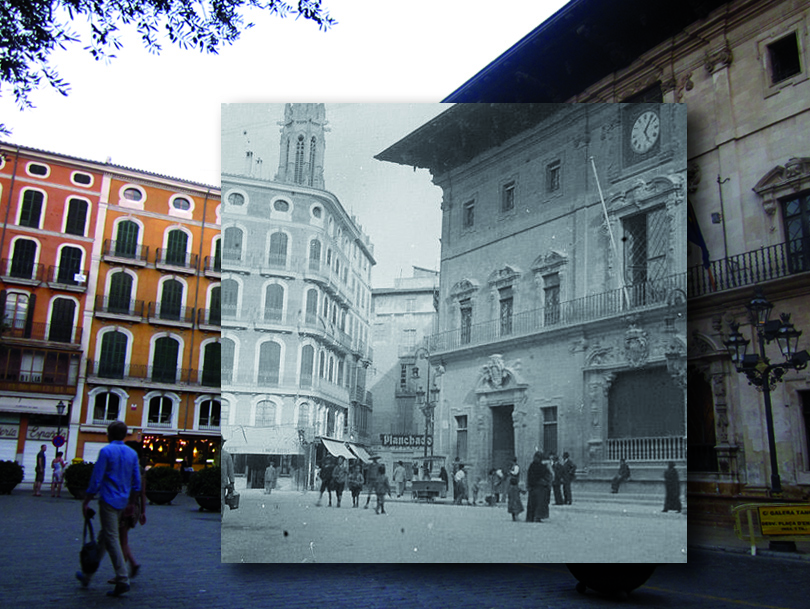 Palma has an extensive and very well-maintained old quarter, replete with a maze of narrow streets and dozens of churches. What is remarkable is how the urban form of many places has changed only slightly over the past 100 years, particularly the Plaça de Cort (Court Square) area around City Hall, pictured above and below. The main signs of change here are shop fronts and people's clothing. 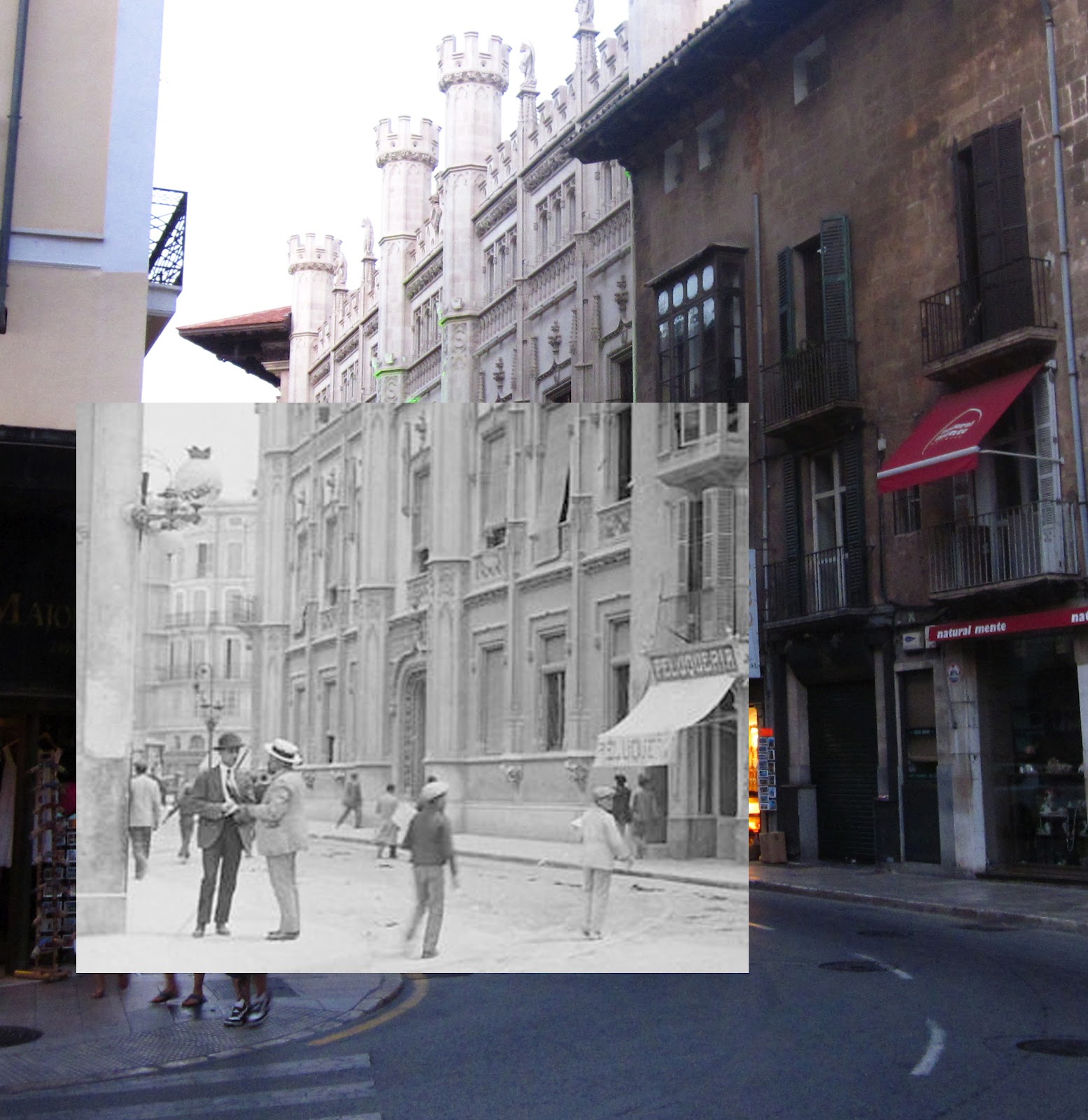 The same is true of a quirky side street next to the theater, where 50-plus years ago vendors sold traditional bags and baskets weaved on the island. Now these have been replaced with inexpensive goods made in China. 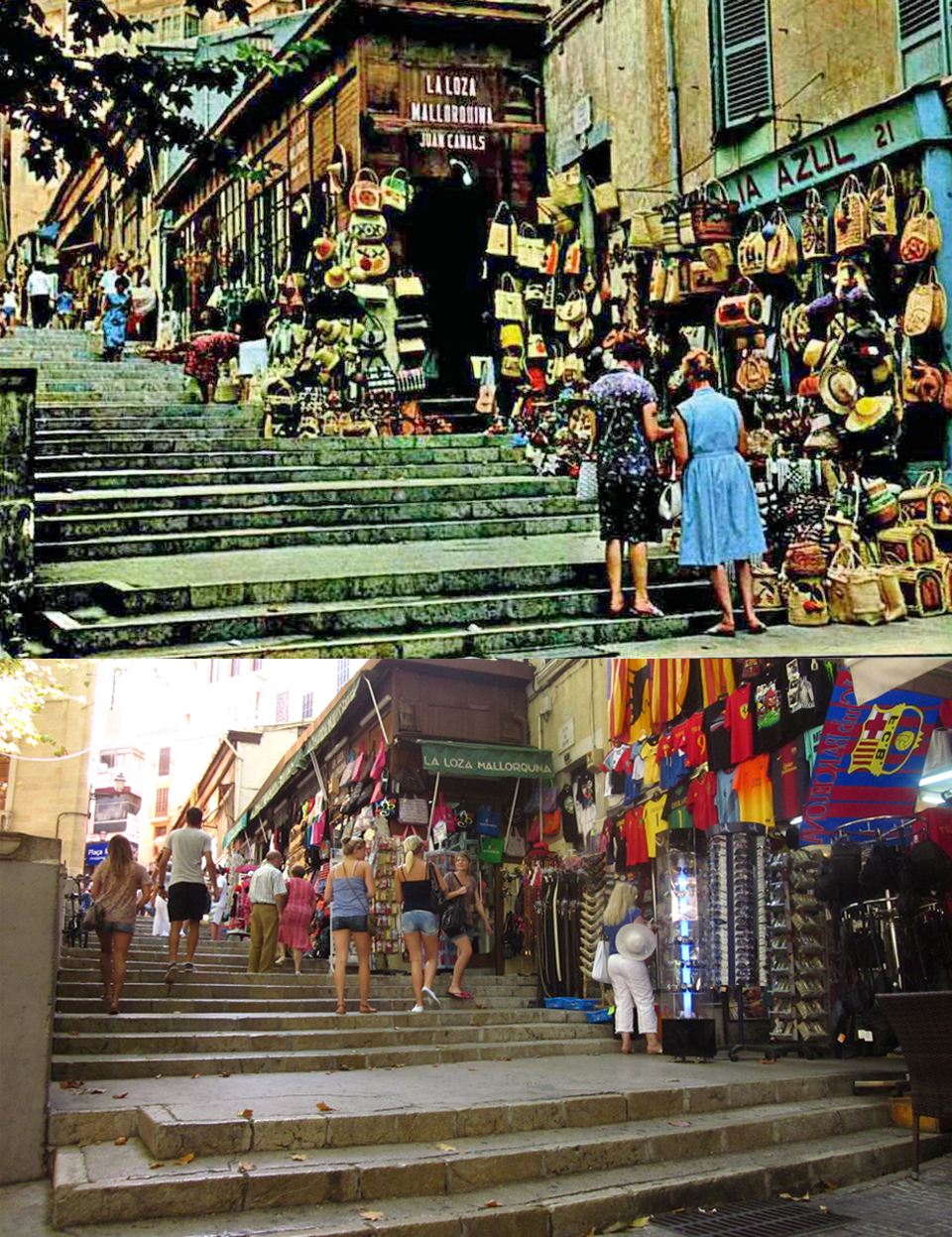 The wall surrounding the old city used to have waves lapping up to its edge. Now land outside the walls has been reclaimed to build a park and road beside the sea. In Ses Voltes, just inside the city’s wall (as seen below), what was formerly used as a military outpost is now a civic space used for outdoor concerts. The indoor space under the wall is now a museum. 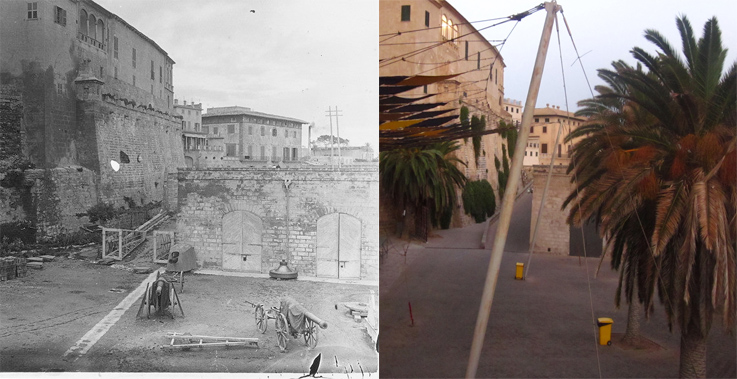 Finally, the Passeig des Born, a popular place to stroll and enjoy the city, is now bustling with people. The photo I found from a century ago gives an empty, vacant feeling. 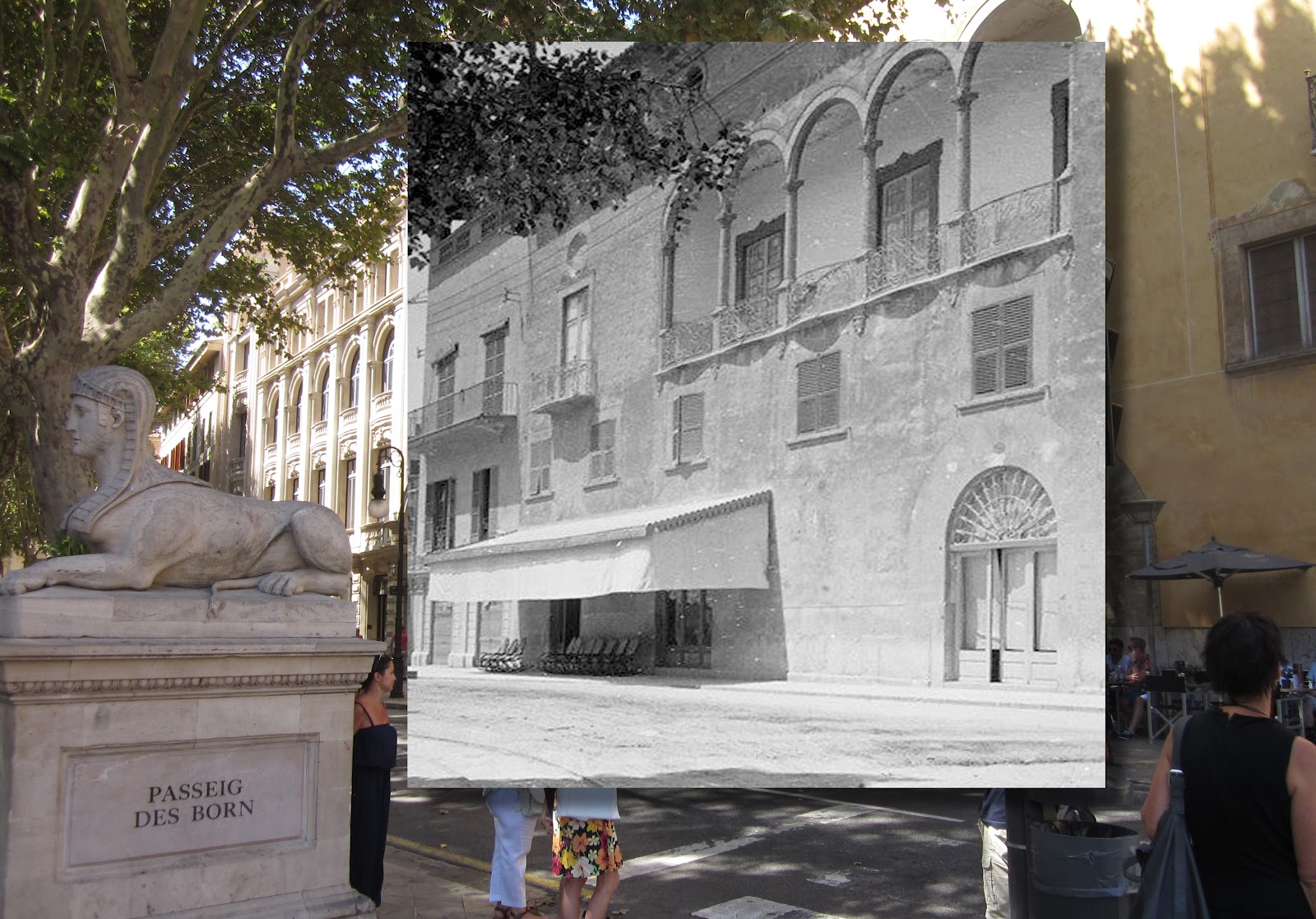 There is no doubt that the city and island have transformed dramatically over the past century, particularly with the advent of mass tourism, which brings many thousands of visitors each year. It is nonetheless fascinating to clearly visualize through rephotography how some urban scenes change and others stay almost the same.

Credits: All historic photos from Fotos Antiguas de Mallorca. All new photos from Melissa García Lamarca. Thanks to Diego Borbalan Cabañero for his help rephotographing.