The transit blogosphere has been ablaze all week over the opening of Beijing's four new subway lines, giving China the longest system in the world. China is also home to the world's longest high-speed rail line, attracting attention as a public-transit mecca (albeit one where cars and flyovers are expanding as well). 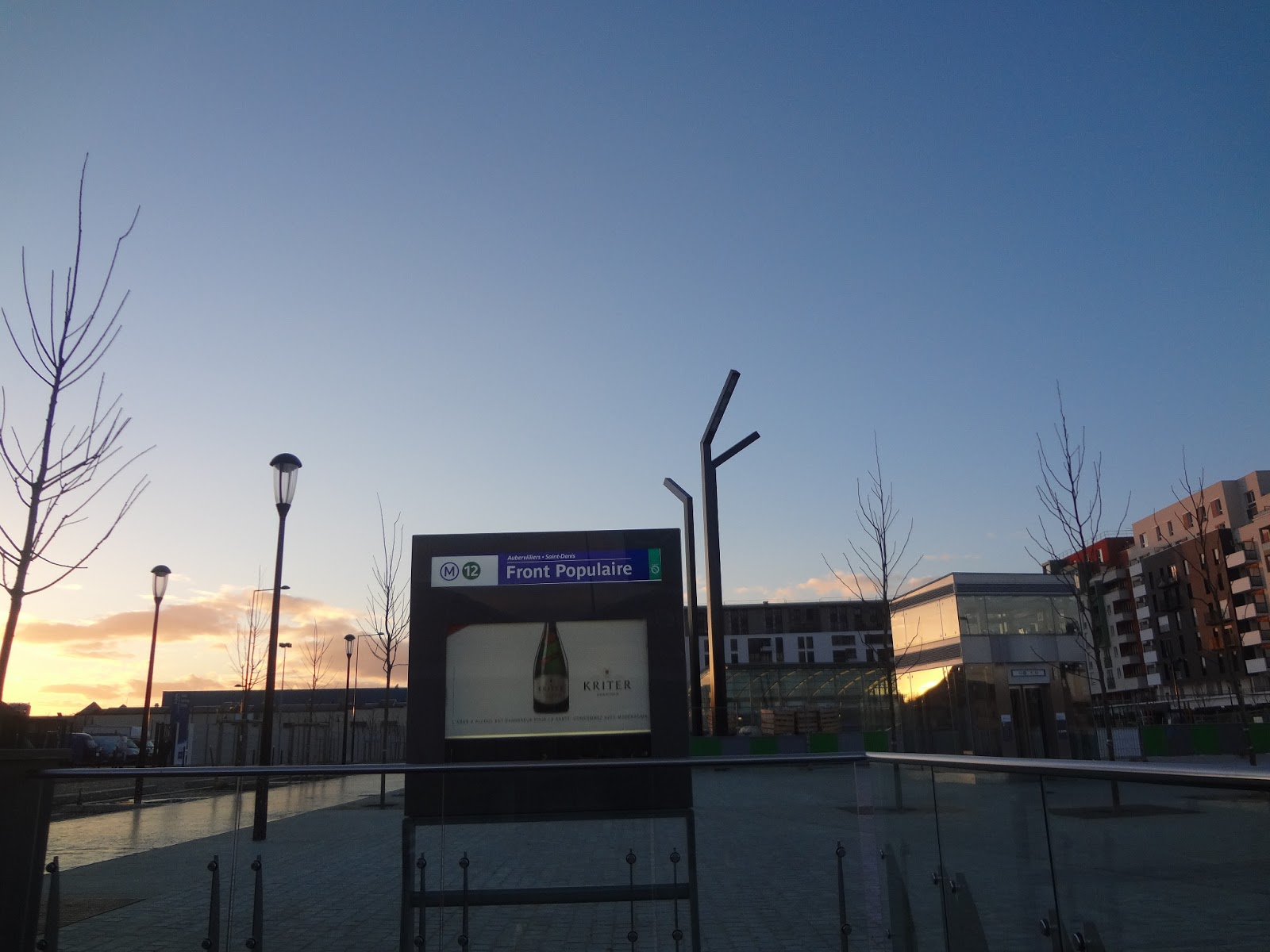 Yet, removed from the current transit hype, Paris has been adding lines and stations to one of the oldest and most complex systems in the world. Over the past month or so, 10 new stations on the T1 tram line opened between Saint-Denis and Asnières-Gennevilliers. The T3a now runs from the far north of Paris all the way south, connecting to the T3b and wrapping around the city in the shadow of its old gates. As if that wasn't enough, metro line 12 broke through the city limits to reach Aubervillieres for the first time.

1
My semi-beloved Bay Area Rapid Transit (BART), along with the metro in Washington, D.C., were part of the last big wave of subway development in major U.S. cities. They opened in the late 1970s, right after I was born. BART has since added only seven stations. Throw in one truly new Muni line in San Francisco, as well as San Jose's VTA light-rail system, and you have the sum of new rail development in one of the nation's richest and supposedly most environmentally friendly regions (not to discount the Bay Area's 12 ridable miniature railways, of course).

Unlike U.S. cities, where development has come in fits and starts, and expansion has been prohibitive,1 or Chinese cities now experiencing a wave of development, Paris continues to invest in rail projects decade after decade. From the extension of the 14 to the massive Grand Paris Express, one needs a spreadsheet to keep track of all the new transit development in Saint-Denis alone. The T5 line will open in a few months, connecting Saint-Denis to the infamous Sarcelles, one of the largest housing estates in France and once a site of great isolation in both a literal and figurative sense. 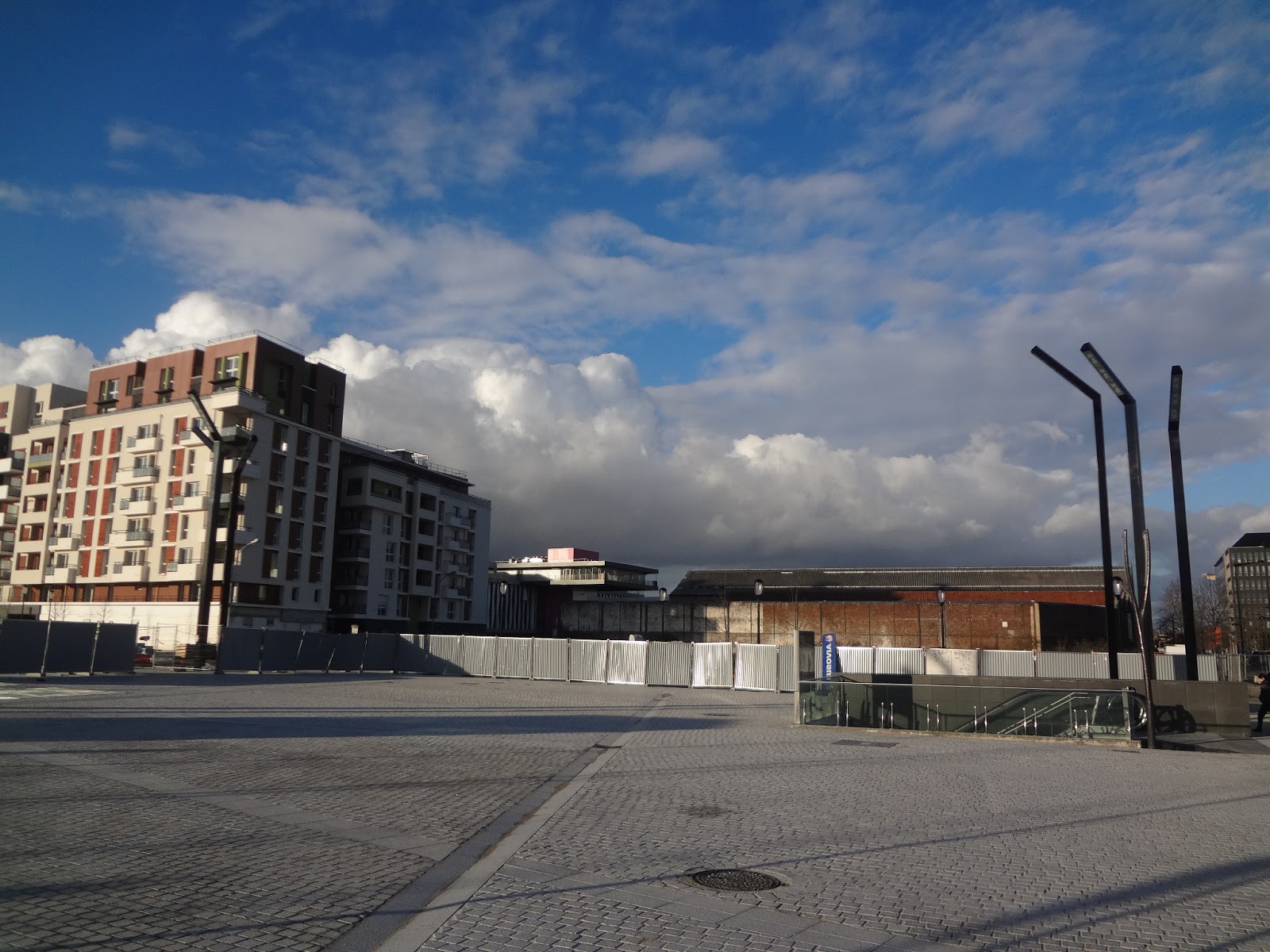 A public plaza outside the Front Populaire station.

My wife and I recently took the "new" 12 from our apartment in the 18th arrondissement three stops to the new and awesomely named Front Populaire station. It feels like a movie theater without the popcorn smell, and with the oddity of a platform waiting longingly for the next leg of the extension to arrive. 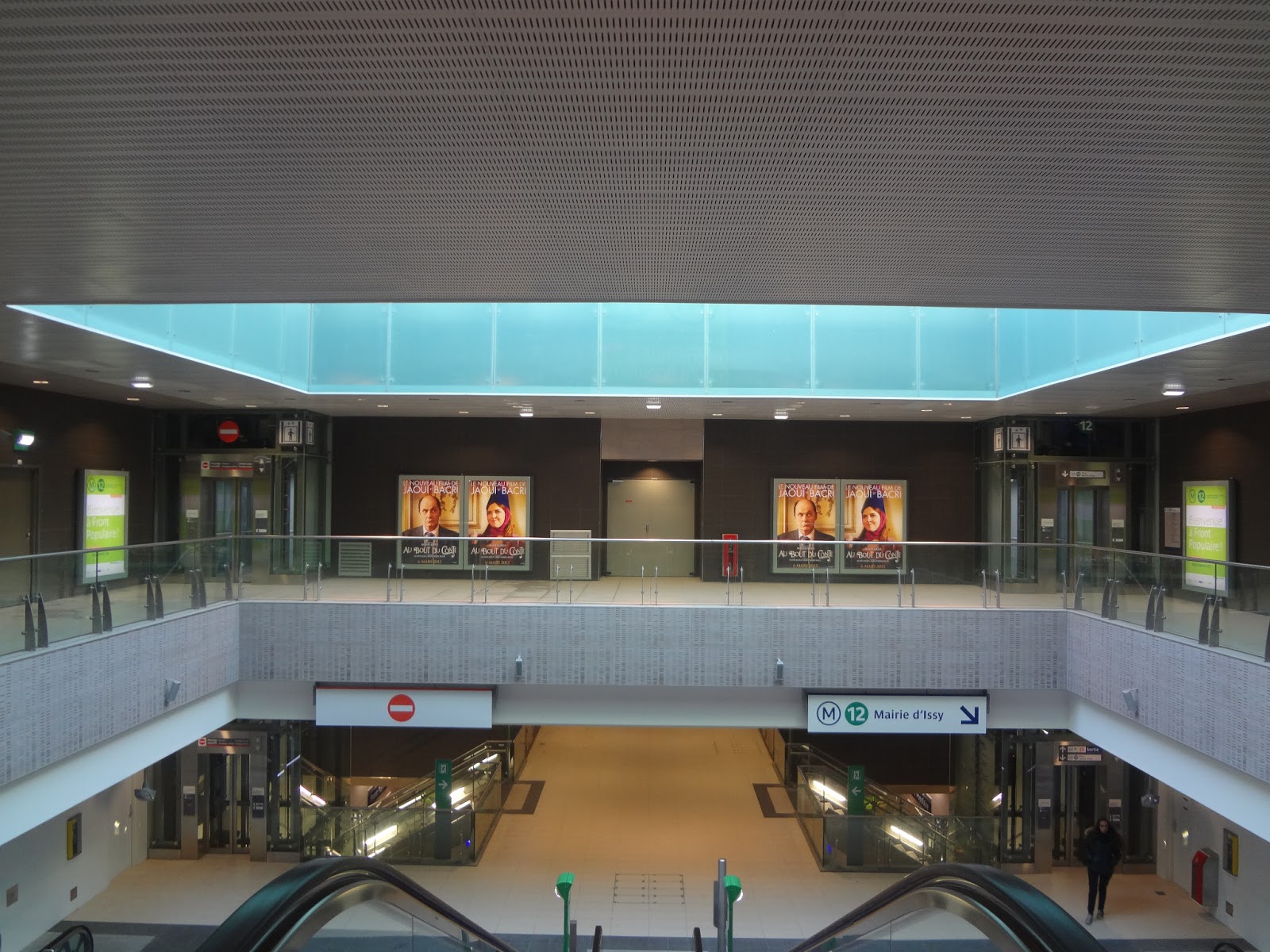 The landscape surrounding the station is clearly in flux: newly built apartments mixed with a few soon-to-be-redeveloped industrial buildings, the brilliantly bizarre Maison des Sciences de l'Homme Paris Nord (or the MSH PN, designed by Caroline Barat and Thomas Dubuisson of AGENCE SEARCH) and a huge commercial center tucked into an industrial complex repurposed as a creative arts and film production site. 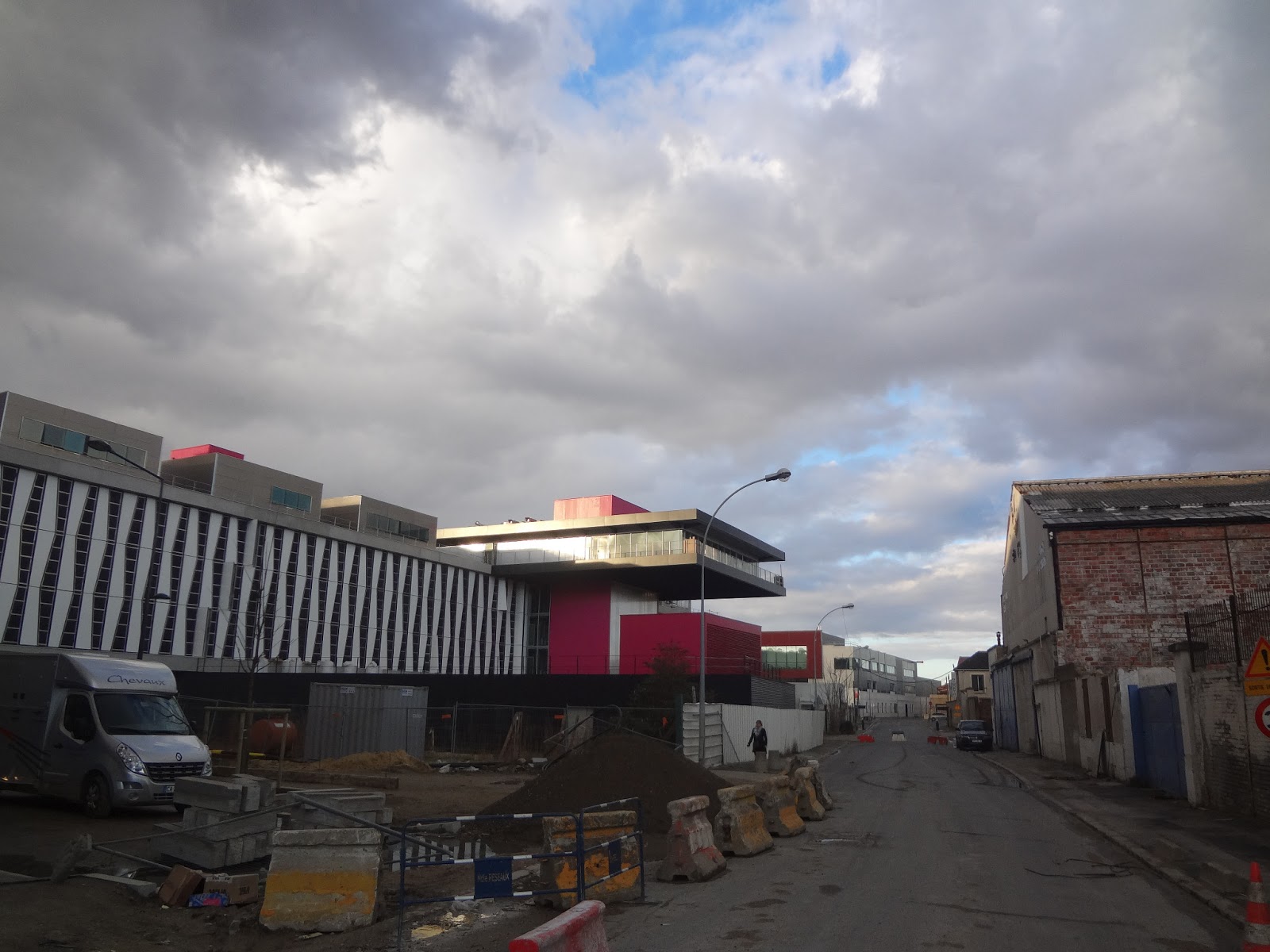 The MSH PN across from old industrial buildings slated to become a new university campus.

The transformation of Saint-Denis is not for the fainthearted. There are serious equity issues, and displacement (both of people and of older industries) is a major problem. Transit connectivity is not a balm for all that ails the banlieue housing on the outskirts of the city. A tram in Sarcelles is not going to make up for generations of disconnection experienced by many of France's poorest citizens. 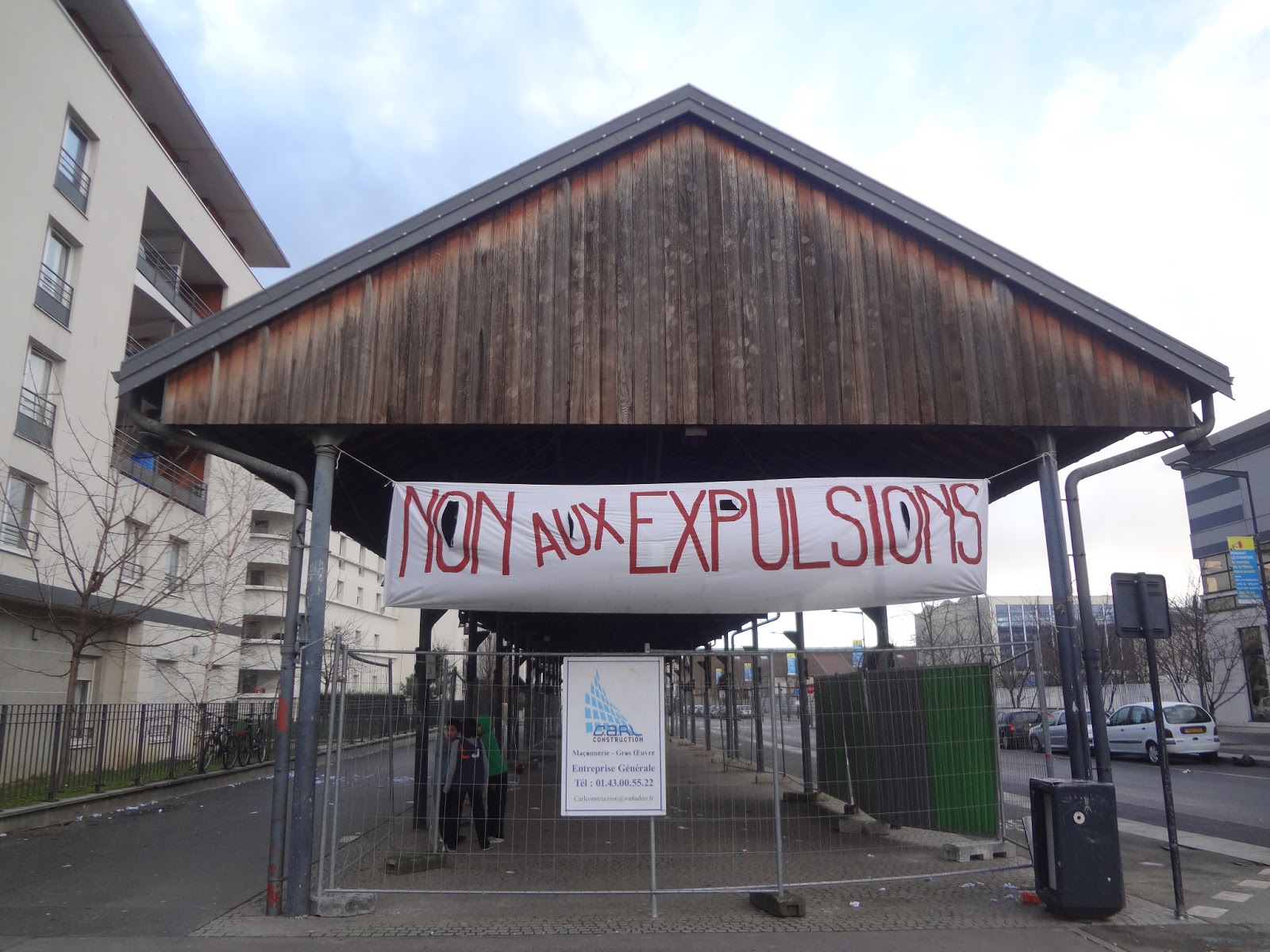 Still, we must give Paris credit for recognizing that rail transit is essential to retrofitting a complex metropolis. Based on the advantages of its steadily expanding system, this work that began more than a century ago is clearly worth pursuing.