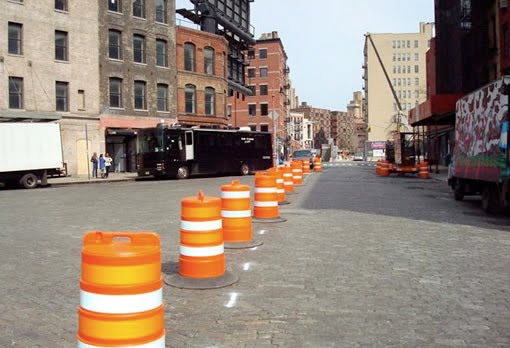 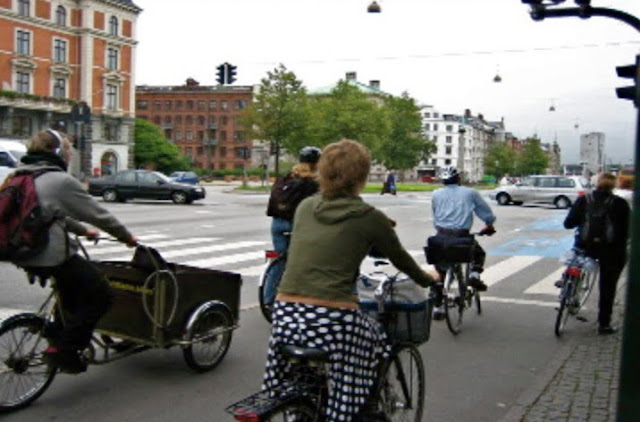 Mark Gorton (founder of LimeWire) started TOPP in 1999. His goal was to promote alternatives to automobile dependency. While maintaining this focus, TOPP has become a kind of incubator for projects that support open participation in urban development. Their approach is rooted in the idea of open source, most commonly associated with free computer programs that can be shared, adapted, and further developed by anyone with the ability to contribute. While TOPP has much expertise in programming, they’ve also applied the open source model to urban planning and governance. With projects ranging from Portland's TriMet transit system map to the closing of Times Square to traffic, TOPP has been using technology for public work in many creative ways. 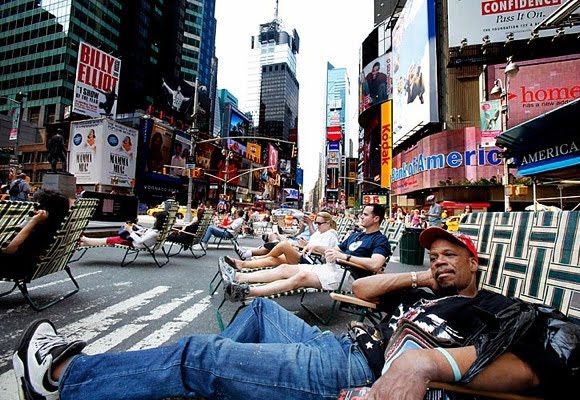 A view from the lawn chairs around Times Square, photo from Design You Trust.

Gorton’s background is unique in the world of community development. With degrees in electrical engineering and business administration, he spent nearly 5 years as a trader at Credit Suisse before leaving to found Tower Research Capital in 1998. His software-based approach to trading proved highly successful, and he earned a great deal of money without abandoning his bicycle commute to the office. After many close calls on the streets of Manhattan, he decided to pursue transportation reform in addition to his work in finance. TOPP is now an impressive group of programmers, designers, planners, writers, and activists. They operate as a nonprofit with mutually reinforcing concentrations in good governance, civic empowerment, and transportation planning. 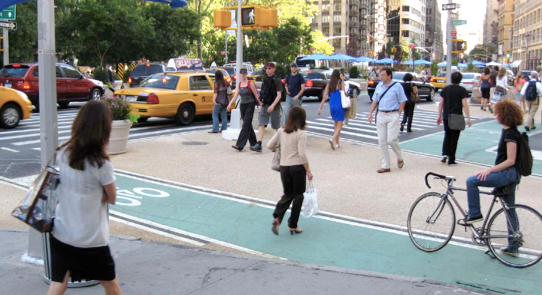 TOPP helps government agencies share data, improve services, and save money through a combination of flexible software and tech support. Their work in this area includes Open311, an initiative aimed at helping people connect efficiently with municipal information and services; OpenGeo, a software platform that facilitates shared geospatial data; and TOPP Labs, a development engine for new technologies in support of local governance. They helped Landgate, a government agency in Western Australia, adopt open source software to transfer data seamlessly between departments. They've also worked with the Michigan Tech Research Institute (MTRI), whose clients include the EPA and the Bureau of Land Management, to improve their GeoServer data system. 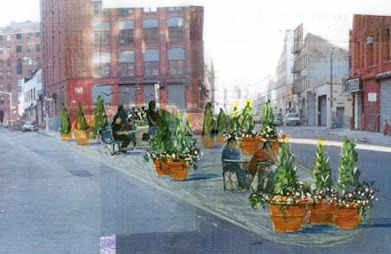 Rendering of a plan for the Pearl Street Triangle, composite image from susty.com.

In addressing civic empowerment, TOPP provides strong support for local efforts to influence policy and public opinion. They use programming, journalism, and multimedia design to communicate on a variety of levels. They've developed CoActivate, an open software package that integrates blogs, wikis, groups, mailing lists, and file storage; Community Almanac, a forum and archive for collaborative storytelling; GothamSchools, an information source for teachers, parents, and policymakers dedicated to improving city schools; and UncivilServants, a community-based monitoring system that helps prevent drivers from parking illegally on congested streets. TOPP has also been a key participant in New York's public plaza initiative, helping to convert a parking lot on Pearl Street into a public resting place with shaded tables and plantings. 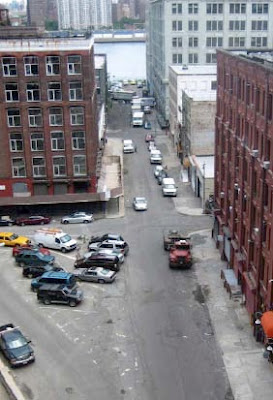 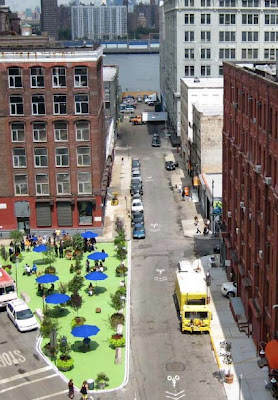 Pearl Street Triangle before and after, photos from TOPP's case study on Amplifying Citizen Voices.

TOPP's Livable Streets Initiative works to counteract automobile-centered development and promote ecologically sensitive transportation options. They provide a range of tools for political mobilization, collaboration, and information sharing. Transportation projects include Streetfilms, which produces edutainment on topics from BRT to bike sharing; the Streetsblog Network, a collective of over 400 sustainable transport blogs; and Streetswiki, a community-driven archive of transport information. As part of the Streets Renaissance Campaign, TOPP participated in the adaptation of Madison Square Park to better accommodate traffic, bicyclists, and pedestrians (see "new crossroads" photo above). They're currently working on a similar plan for Grand Army Plaza. 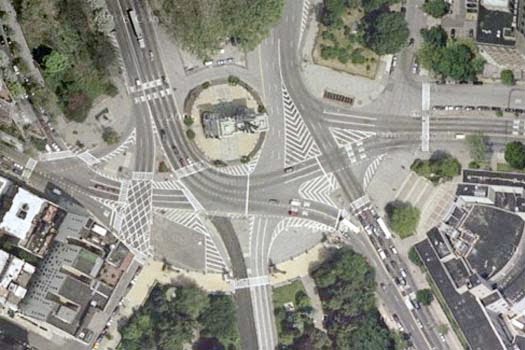 The results of TOPP's work show that open source technology can be used effectively for democratic participation in urban development. They've focused primarily on local projects, but their influence has reached national and international levels. The open source concept enables them to draw upon the contributions of many participants in a continuous process of experimentation and improvement.

While it's great to see such a remarkable team dedicated to civic action, some questions also come to mind. Could TOPP be a model for employment on a larger scale? Are they adding the kind of value that can be sustained financially without philanthropy? Does their work tap into the interests and contributions of people who don't come from relatively privileged backgrounds? How can they assure that it reflects the priorities of most local residents? Is this possible? Would they be happy with the results? I don't mean to criticize TOPP's inspiring work, just to consider how it might inform new approaches to civic improvement. 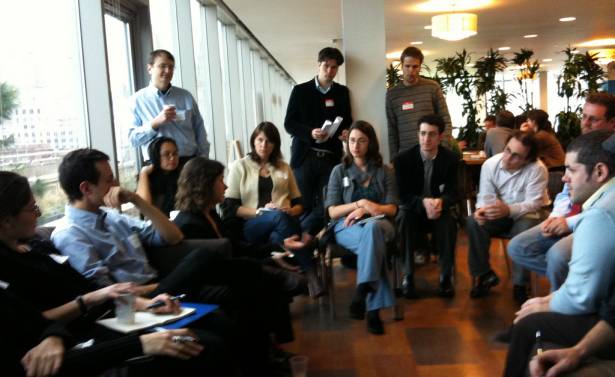 Participants at the New Technology for Participatory Planning workshop sponsored by TOPP and the Regional Plan Association, photo from The Civic Hacker.

To my knowledge, TOPP hasn't yet developed a grassroots funding mechanism for urban development. This could make smaller civic projects less dependent on large donors, corporations, and government. Faslanyc's PayPal idea offers a way for us all to contribute directly to the ideas we'd like to see realized. It would require a completely accessible, accountable, and secure online system, which sounds difficult but promising. There would also have to be a way to make sure that people with less money don't have less influence. Maybe something similar could be used for all kinds of public decisions, eventually taking the place of government representatives and making democracy completely direct. While there are many things to resolve along the way, I hope we're heading in that direction. Organizations like TOPP make it seem possible.