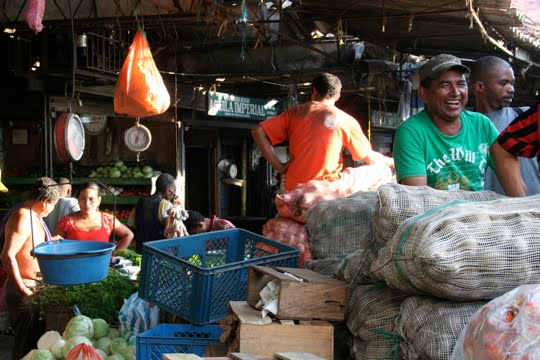 Today we're featuring a program that has brought together students from Universidad Tecnológica de Bolivar (UTB) and the Massachusetts Institute of Technology (MIT) Department of Urban Studies and Planning to study the planned expansion of Cartagena's central market and contribute ideas based on their findings. We've been following their commentary, pictures, and videos for the past month at MIT CoLab Radio. This work brings together many of the topics discussed on Polis, including informal markets, public space, governance, planning, development, and participation. The following is an introduction to the project, by CoLab's Alexa Mills. 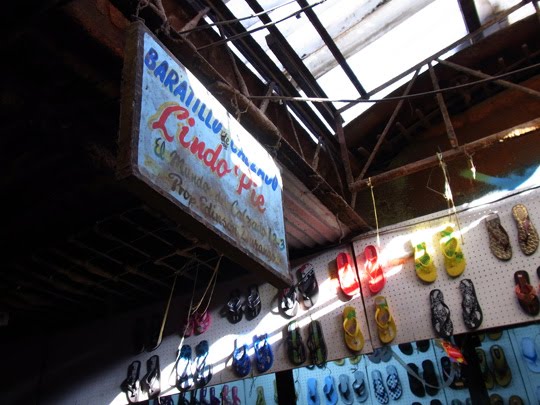 A wall of sandals. Photo by Shoko Takemoto.

The City of Cartagena, Colombia lost control over Bazurto, its central market, more than eighteen years ago. In a deal to privatize the city’s electricity, final documents awarded rights to the land under Bazurto market to the interceding company. Bazurto remained in legal limbo for nearly two decades. 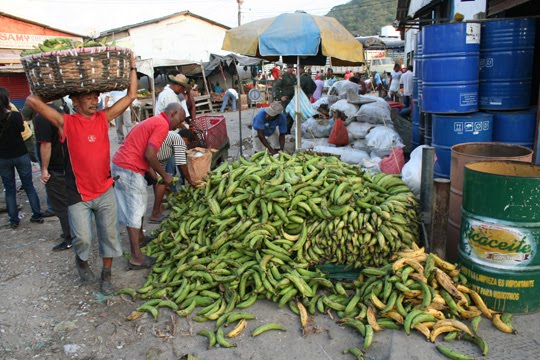 Like an infected wound, Bazurto became thick and fetid in the middle, and spread outward in concentric circles. With no central electricity or trash maintenance in the market, interior stalls moldered. Vendors began to use their stalls for wholesale operations, and moved retail to carts outside the market, where customers and vendors alike could enjoy fresh air and sunlight. Over time these small vendors multiplied, pushing farther and farther out of the market, and eventually into the streets, where they now clog traffic and hamper pedestrians. 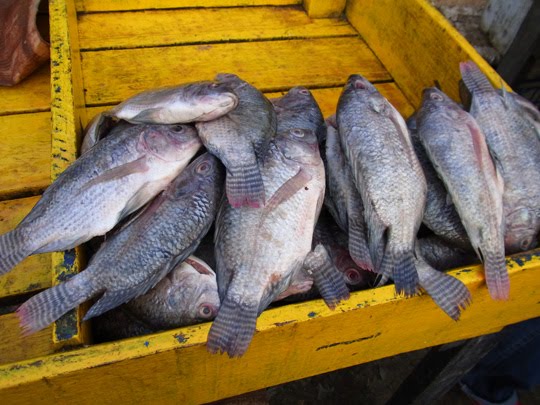 Fish for sale in a market stall. Photo by Shoko Takemoto.

To solve the Bazurto problem, Cartagena decided to clean out the market’s center. The City made plans to move all of Bazurto’s wholesale operations, along with 200 of the market’s 1100 informal vendors, to a swathe of land named Plaza Mayor, five kilometers away and yet undeveloped. Plans for Plaza Mayor include thousands of new housing units, parks, and other urban amenities. 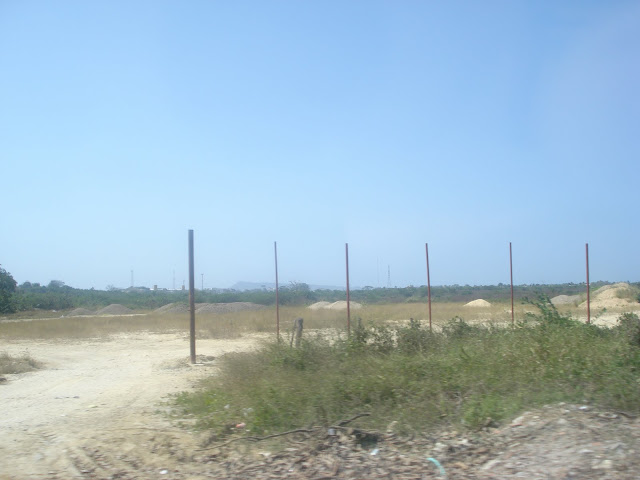 In an effort to better understand the complexities of moving a major portion of its market, the City of Cartagena sponsored a collaboration of students, professors, and experts from UTB and MIT. The students worked at a distance for months, and then spent two intense weeks together in Cartagena, researching on the ground and synthesizing their findings. 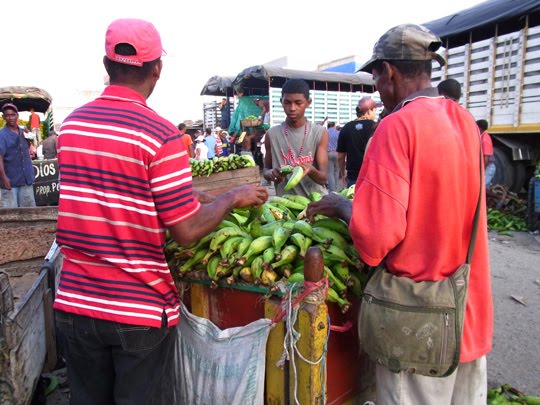 Unsurprisingly, moving any piece of a central market in a large city represents a tremendous threat to the supply chain. Fruit can go rotten before it’s sold. Vendors can run out of essential foods, like meat and rice. New transportation patterns can impact prices and alter delivery times. Relocating some of the market also has the potential to impact employment in a city that needs jobs. Finally, unscrupulous management practices dominate the supply chains for some product groups at Bazurto because the market functioned with no central management for eighteen years. Those in local control of any good distribution chain may not respond well to new regulations and procedures. 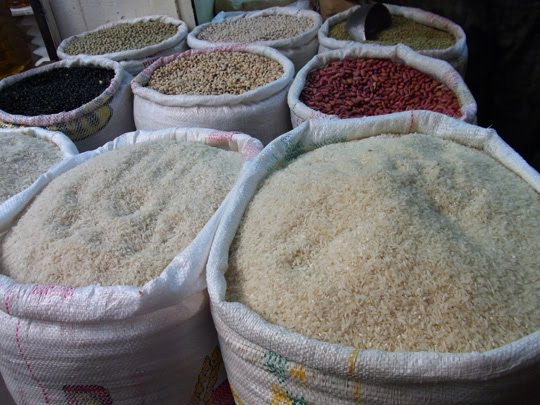 Giant bags of rice and beans. Photo by Shoko Takemoto.

MIT and UTB students conducted in-depth research on four representative products: rice, plantains, fish, and flip flops. They are working through the spring to document their findings for the City. You can track their findings, as well as case studies on comparable urban market, here.