The recent events in Haiti have shaken the world into a new understanding of the “natural disaster” and the subsequent struggle that ensues for citizens and communities that are touched by these catastrophes. As the daily toll of casualties continued to rise, the emergence of violence, looting, and a struggle for power over available resources transformed former neighbourhoods into zones of urban conflict. An earthquake effectively acted as the lynchpin for a full frontal assault on Haiti’s already volatile community equilibrium; a fissile event that prompted the nuclear reaction. 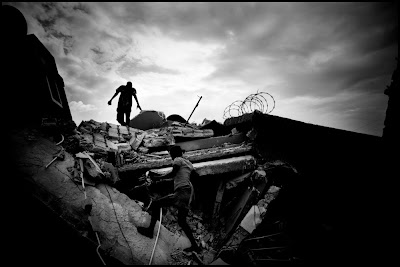 Disasters may come in a variety of shapes and sizes. Arguably, the natural disaster manages to inflict some of the deepest wounds over an incredibly short period of time. “Haiti,” “Katrina,” and “Tsunami” are now unanimous with “natural disaster,” “vast destruction,” “loss of life,” and in some ways, “social obliteration.” And yet, not all disasters are of such an incredible scale. The Serial Displacement Conference established that urban disasters can come in other forms: urban renewal, highway construction, and gentrification.

Not unlike the natural processes that are found in simpler forms of life, such as plants, Dr. Mindy Fullilove has suggested that communities who are subjected to traumatic stress in the wake of any proportional mangling or loss of the emotional ecosystem experience “root shock.” In any particular region, this can follow a sequence of events that give way to adverse effects on an established community and its physical, social, and even economic bonds. “Root shock can follow natural disaster, development-induced displacement, war, and changes that play out slowly such as those that accompany gentrification.”

Although urbanists and professionals are often charged with “reconstructing” or “redeveloping” the sometimes vast sites and communities that have experienced root shock, little has emerged in the form of pedagogical support for general practitioners on the ground. The knowledge descends slowly from above, while the haphazard, disorganized, and sometimes-flailing implementation, wobbles violently from below. 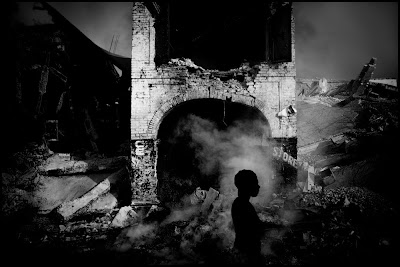 In the wake of the Haiti disaster, the world witnessed frustration at the obstacles preventing aid from reaching victims, the indiscriminate violence and thievery that emerged out of necessity for survival, and the somewhat troubling international struggle for power over the situation on the ground. In the case of Port au Prince, urban trauma clearly led to an accelerated societal collapse and subsequent ascension into chaos. If we were to establish a scale of root shock, where 0 is utopia and 10 is bedlam, the recent events in Haiti are nearing the two-digit categorization. But as Dr. Fullilove has mentioned, there are other, less catastrophic levels of root shock that also demand the attention of urbanists and professionals. Displacement of any type by means of urban trauma can lead to varying degrees of scarring on one’s emotional ecology (natural disaster, urban renewal, gentrification, etc.). The result, inevitably, will be root shock.

Credits: Photos of Haiti from Zoriah. Video of Root Shock from the American Red Cross.