Planning urban development and managing urban areas is simply too complex to be left to a small group of decision makers and professionals. Top-down decision making, even within representative democratic systems, was never a good system when it comes to responding to real needs and opportunities for development, or to preventing or sorting out social injustices. Indeed, citizens around the world have experienced all sorts of clumsy despotism and counterproductive visions of "ideal" societies. In their best performances, top-down styles of urban planning and management have created stable forms of social inequalities. 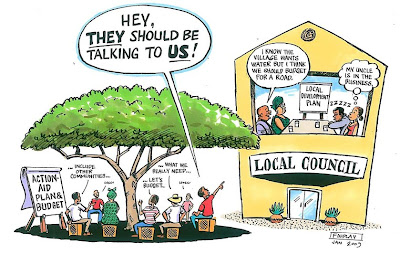 The Americas, with its 500 years of uninterrupted colonization, has been for centuries the ground for experimenting all imaginable development models. The Latin part of the continent is where imposed development experiments and colonization has been most traumatizing. In the last 20 years or so many Latin American cities, tired of suffering from repeatedly imposed useless, when not unfair, forms of development, have been breeding social movements aimed at putting an end to such imposition. The most successful creation by these movements has been a democratic urban management tool called Participatory Budgeting (PB). 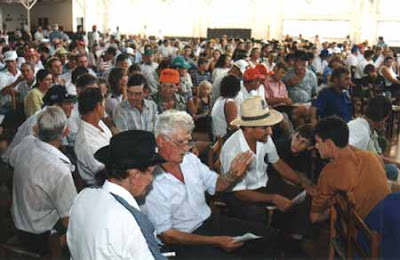 It all started at the end of the 1980s in a few cities in Brazil, where organized neighborhoods joined as decision makers in the processes of allocating municipal budget for public works. Ten years later there were 100 cities in Latin America applying PB, and some of them were deciding large percentages of the municipal budgets in participatory assemblies. Today, 20 years after the first experiences, more than 1000 municipalities around the world have followed the example of the pioneer Latin American cities, each one applying it in their own way and for different sorts of public spending. Southern Europe is where the influence has been strongest, and some have called this phenomenon as the "Return of the Caravelas," the ships that were used by Spaniards and Portuguese to travel to subdue the Americas to European rule and culture; although this time cultural influence is taking place without violence. The influence has been such that some towns in Europe decide 100 percent of their budget in a participatory manner, including their mayor’s salary. And it works. 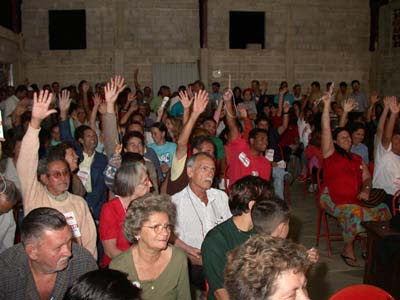 It has been demonstrated by several studies from the most internationally renowned universities that PB effectively helps reduce inequalities, tax evasion and corruption. Today, the movement is officially supported by the UN, the United Cities and Local Governments and many NGOs, and applied in several international networks of cities. The coming World Urban Forum will host a Networking Event where trends and the latest experiences with PB will be debated by experts from around the world.