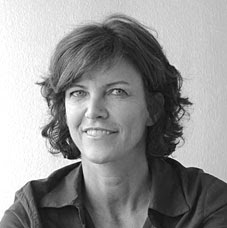 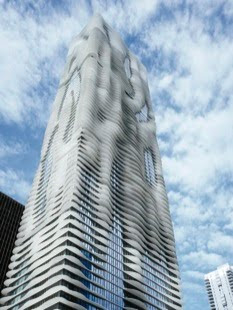 Aqua, a new 82-story residential skyscraper in central Chicago that has received attention for its unusual wave-like facade, has been equally fêted for being the world's tallest building designed by a woman. Architect Jeanne Gang had never designed a skyscraper and was handed the task by chance.

In a recent review of the project in The New Yorker, Paul Goldberger urged people to focus on the project's architectural merits and eschew "predictable interpretations of skyscrapers as symbols of male identity." We live in a physical environment that is overwhelmingly manmade (literally); most projects are judged as products of individual designers, in reference to the field, rather than taken as symbolic of the sensibilities of half of humanity. It is unfair to draw conclusions about the "feminine aesthetic" on the basis of one individual's portfolio - or even a handful.

Yet, one can't help but notice the building's frills and delicate curves against the skyline of its angular male-designed counterparts. What do you think: Do men and women design differently? Or are the differences individual rather than gender-based?

Credits: Image of Jeanne Gang from Studio Gang. Image of Aqua from The New Yorker.