Today Aditi Mehta introduces a participatory urban development project that she organized with people living around Broad Street in New Orleans. She's been collecting their stories and photos since last summer, and recently displayed them in a vacant storefront on South Broad Street. Aditi is a second-year Master's student at the MIT Department of Urban Studies and Planning. She has put together an archive of stories, photos, and videos, some which accompany her article below.

New Orleans’ Broad Street is full of activity: mechanics fixing cars in repair shops, lawyers preparing cases in offices, barbers inventing the newest hairstyles in their salons, and cooks preparing lunches for Broad Street’s workers in their restaurants. If you hang around for a while, you may be lucky enough to hear the stories hidden behind each of the storefronts. 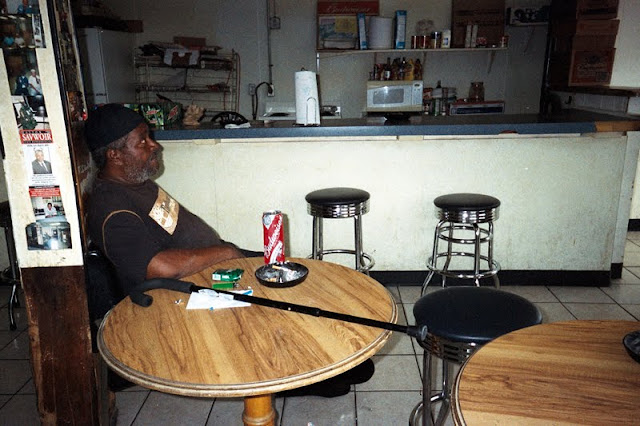 “This is a sports bar for hard hats, for hard working people. This place is more of a clubhouse than a bar because everyone knows each other and they have been coming for the past 40 years. I’ve known some of these guys since I was sixteen. We don’t advertise this place. Word of mouth only.” - Carlos LeBlanc, Owner of Clubhouse. Photo by Carlos LeBlanc.

Broad Street is home to roughly 110 varied businesses, which provide goods and services to the neighborhoods immediately surrounding the commercial corridor, as well as the region. The thoroughfare has been quickly rebuilding itself since Hurricane Katrina, but given its physical nature – blighted property and wide avenues for vehicular traffic – it is difficult to build a strong sense of community along the corridor. Each day, hundreds of business owners, employees, customers, and other users come to Broad Street, but fail to interact with one another and learn about what else the commercial district has to offer. 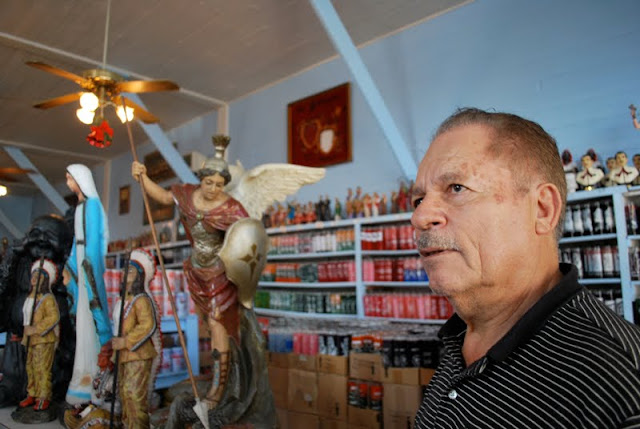 “I help people. That is my calling – to help people in the way that I know how and to share what I know with them. I feel good that I can do that on Broad Street.” - Felix Figuero, Owner of F&F Botanica Spiritual Supply. Photo by Aditi Mehta.

Thus, I began the Broad Street Story Project in the summer of 2009 with the help of Broad Community Connections, a non-profit working to revitalize the street, and MIT CoLab. I worked with Broad Street businesses owners, workers, and residents, all of whom share at least one thing in common: they see Broad Street everyday, and they care about it. I distributed twenty-five disposable cameras to these different Broad Street stakeholders. They used the tool to document their daily activities on Broad, as well as other components of their lives that they wanted to share with others. They photographed their customers and families, sidewalk trash and local churches. Once I processed the film, I brought the pictures to participants and interviewed them about their photographs, as well as shot my own portraits. Eventually, I used the recordings and images to make digital stories. 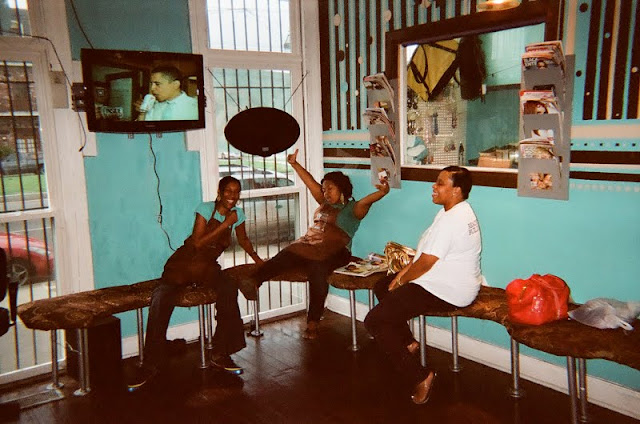 “It is really a multicultural salon – we service just about everyone and every ethnicity. It’s our home away from home because we are here more than anywhere else. I purchased this building with my husband in 2004, and decided to open the salon because I believe when people look good, they feel good, and that’s what this business is about.” - Janice Meredith, CEO of Simply Divine Salon. Photo by Janice Meredith.

Those who partook in the project gained a fresh sense of ownership over their community. I witnessed this effect when Kine showed me photos of trash strewn across the street and discussed how to make the area cleaner, when Rodjna discussed the meaning he found in specific graffiti tags along Broad, and when Toney said that the future development of Broad was important to him because it would allow him to do what he does best – cut and style hair. 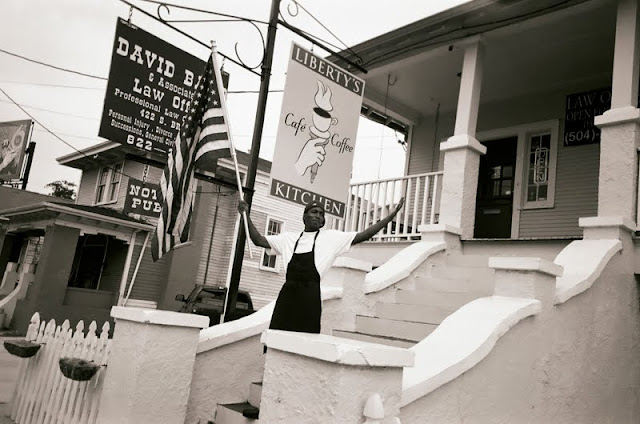 “I don’t want to live off of McDonald’s or Burger King my whole life. It’s unhealthy. I like to see the faces of the customers when they walk out. You can tell if someone enjoyed your cooking and if their belly is full.” - King Sanchez, Student at Liberty's Kitchen - a unique cafe and food service training program. Photo by Genero Grinds.

Ultimately, I collaborated with BCC, project participants, and MIT CoLab to display the photos and digital stories in a vacant storefront as a community art exhibition. The show allowed the photographers to meet one another, as well as share their perceptions of their environment with a larger audience in New Orleans. The street became more than buildings and addresses; it gained a personality and an identity.

When planning neighborhoods and figuring out how to improve streets such as Broad, city officials, planners and architects generally observe an area with their own eyes – taking pictures with their own cameras, using research to validate assumptions based on their perceptions. This project and exhibition flips that model. The Broad Street Story Project intends to show Broad Street through the eyes of those who understand it best, and to give them space to bravely showcase their thoughts, ideas, and concerns to the public. These sorts of long-term effects are important because a successful commercial corridor relies on the attitudes, visions, and work ethic of its employees and users.

To learn more about the Broad Street Story Project and follow the digital story series, visit "Who's on Broad?" at CoLab Radio.