London, as is true of most old cities, has and continues to change dramatically through the centuries, with development driven for so many years, and in most cases, by speculation, profits and benefits for the few over the many. Yet an excellent example of an alternative approach to urban development, through a bottom-up process, is Coin Street Community Builders on London’s South Bank, in the heart of London half way between the City and the West End. During the industrial boom in the 19th century, the South Bank became known as a traditionally working class area, with people crammed into small homes alongside factories and wharves. Gradually over the next century, alongside developments such as London County Hall in the 1910s and the Royal Festival Hall built after World War II, many large and faceless office buildings were constructed in the South Bank area as local planning guidance in the 1960s slated the area for office and commercial development. With shops and facilities inside that in essence created 'dead' street frontages, workers commuted into the area and spent money in these interior spaces, not supporting the few local shops that still existed. By the 1970s, the residential population of the area had fallen from 50,000 to just 4,000, schools, shops and services were vanishing and the area was increasingly described as 'bleak'. 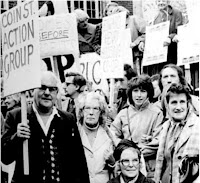 During this period, a derelict 13-acre site between Waterloo Bridge and County Hall was the site of competition between investors who were planning to use it for office and hotel space, including a building which would have been Europe’s tallest hotel. In opposition to the displacement of families and the loss of open space, the Coin Street Action Group was born, made up of local residents who developed an alternative plan and financial strategy for affordable housing, a new riverside park and walkway, managed workshops, shops and leisure facilities to reverse the destruction of their community.

After seven years of campaigning, including a two-year public inquiry, the Coin Street Action Group purchased land on the South Bank in 1984 with the help of the Greater London Council (GLC) and the Greater London Enterprise Board. Furthermore, before it was abolished by the Thatcher government, the GLC put in place planning controls for the area to limit the commercial value of the land, an action that prevented private developers speculating with land values in the area and that provided some breathing space for the residents to shape their own vision of the development they wanted for their neighborhood.

The Action group formed the Coin Street Builders Company (CSBC) as a 'limited by guarantee' company, meaning that all profits from commercial activities must be redirected into public service objectives rather than distributed to shareholders. It is essentially a combination of a trust and a social enterprise. Only local residents can be members of the CSCB, to ensure that they understand the needs and opportunities of the area, and select the members of its board. 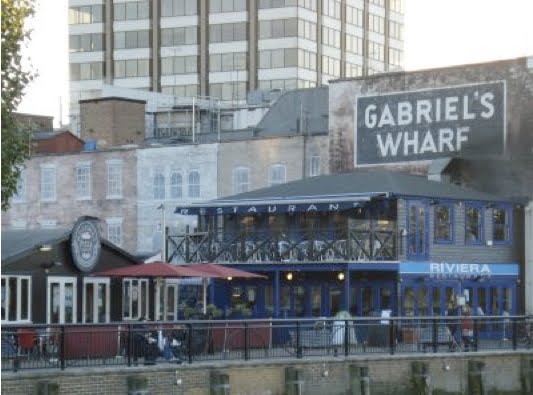 Reversing the existing developments that cut the community off from the Thames River, in the mid to late 1980s derelict buildings were demolished and the South Bank riverside walkway and park were completed, visually connecting the space to the Thames, St. Paul’s Cathedral and the City. Shortly after, Gabriel’s Wharf was created, opening up a public space along the riverside and bringing in a collection of small-scale businesses, and in the 1990s Oxo Tower was turned into an unconventional mixed-use building of social housing, retail and restaurants. The CSCB has developed four high-quality housing cooperatives managed by residents, providing family accommodation for over 1,000 people on the South Bank. Residents spend a total of 33 hours learning about the history and development of the area they are moving to, what it has to offer them, how to get the best from their new homes and community, about modern architecture and how to run a co-op. The influx of people has in turn has brought pressure to develop local facilities and services such as childcare and sports facilities, concerns that the CSCB has turned its efforts towards meeting in recent years.

It is true that the area’s prime location along the Thames in Central London has given the site and initiatives therein a huge advantage in terms of potential for success, especially since the opening of the London Eye and the Tate Modern in 2000, and raises questions about the replicability of such a model. Nonetheless, Coin Street Community Builders provides an interesting and exemplary social enterprise model for a developer that has grown out of a community-driven, shared vision, passion, partnerships and the ability to direct short-term projects towards long-term goals of urban rejuvenation that benefits and meets residents’ needs.