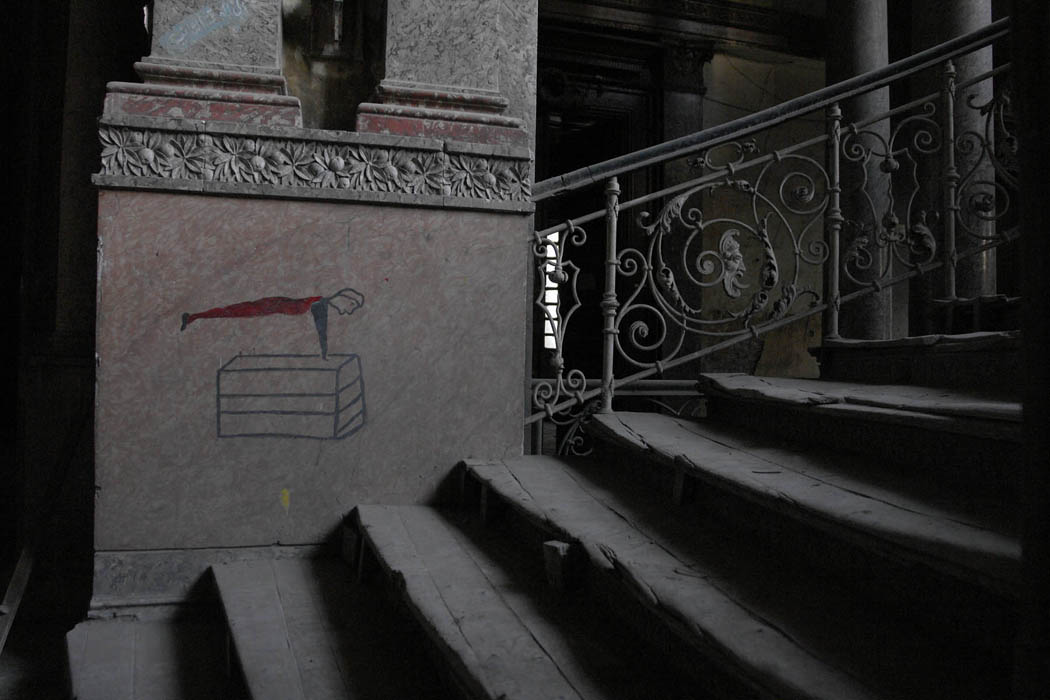 “There are two ways one can read dust: the generic and the specific. In the first, dust is the stuff of history, marking a present disintegrating into the past. This association of dust and history is nicely captured by the affinity between the the Arabic verbs ghabara (to go by, to pass), and ghabbara (to cover with dust). Dust spells disuse: a movement stopped; progress halted; falling asleep under a blanket of soft particles. It functions as a chronometer of sorts, piling up whenever motion is stopped, like sand trapped in an hour glass.

“If dust marks a dearth of human activity — the absence of people who would stir, clean, or unsettle the grimy powder — it is exactly such efforts, the Sisyphic war against the gray accumulation, which comes to define modernity in this perspective. It is impossible to destroy dust. All that one can do is to try preventing it from settling, move it around, redistribute it, and keep it in constant circulation. This circulation allows the modern to be seen as an awakening, brushing off, and resurgence from layer upon layer of all that burdens and suffocates. It distinguishes the energetic and alive from the frozen, traditional and unmoving. The modern city, as Le Corbusier envisioned it, should be dust-free, a space of clean streets and sharp corners, unpolluted (but also un-softened) by the past; a sterile metropolis of complete and interrupted visibility.

“There is a second way of reading dust, however, one which entails looking carefully at the powder itself rather than at what it supposedly covers. In such a perspective dust is specific; it is itself historical, and not a generic marker of historical time. It changes its composition from time to time and from place to place. Is there an Egyptian dust? Can we sketch its history? Can we think of dust as presence rather than an indicator of absence?

“One possible place to start would be to point out that modernity — equated above with dusting and cleaning — can also be seen as an intense process of producing dust.”