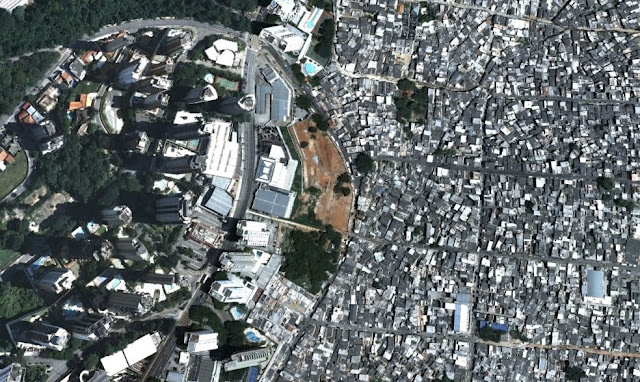 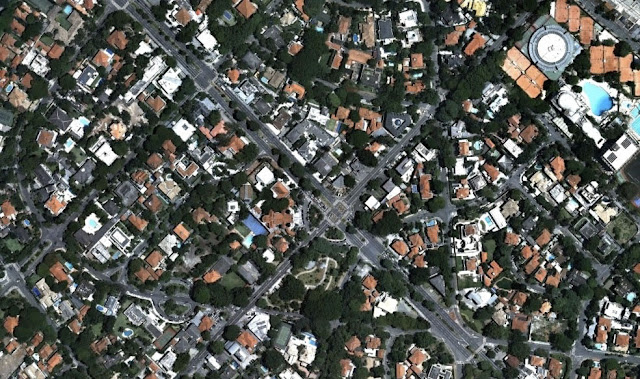 The central Jardins neighborhood has some of the world's highest land prices.

São Paulo, South America's largest city and most prominent economic hub, is known for its extreme social disparities. When approaching the city by plane, you can see a sea of skyscrapers that extends beyond the horizon. Amidst these skyscrapers there are islands of poverty with a shockingly different appearance. It is easy to distinguish informal settlements from formal ones. Grayish asbestos or tin roofs reflect the insecurity of tenure in informal areas, and how it prevents people from investing in permanent structures. 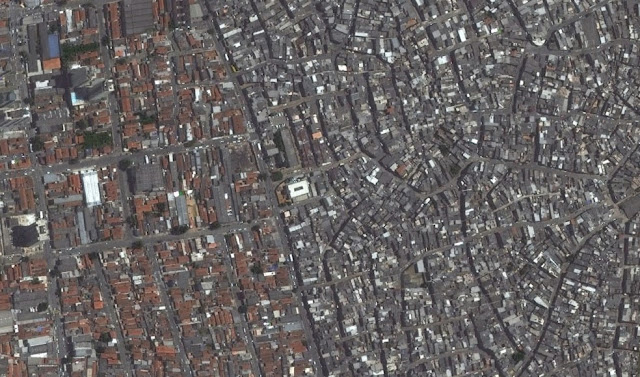 The low-income Heliopolis neighborhood to the right is clearly differentiated by gray roofs. 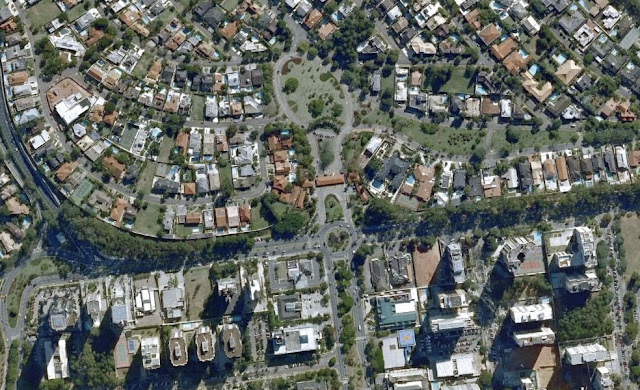 The Alphaville neighborhood hosts one of Brazil's most famous and exclusive gated communities.

São Paulo is also home to some of the world's most dynamic and innovative social movements focused on housing and the Right to the City. Brazil's 2001 City Statute established a legal framework that allowed social movements, with support from NGOs such as Instituto Polis, to protect thousands of favela residents from forced evictions and other violations of their rights. Today the city is a battlefield between organizations of the urban poor and aggressive market forces — mostly real estate businesses and their government allies. 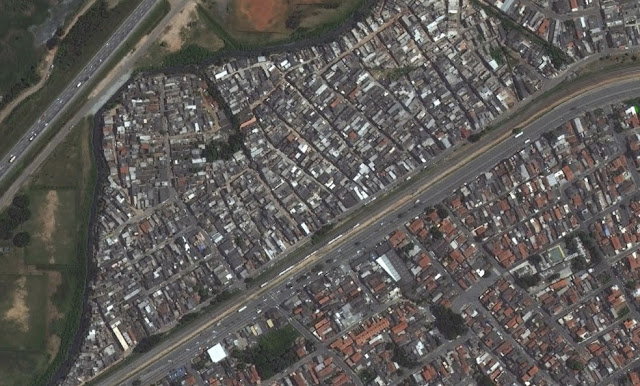 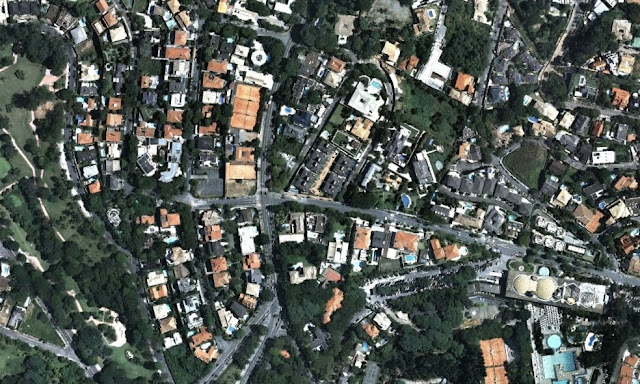 It is difficult to imagine that the neighborhoods above are part of the same city and photographed from the same altitude. Reviewing posts on Quito, Madrid and Nairobi, it is also striking how low- and high-income areas are easily identifiable based on similar characteristics in cities around the world.