Conversation with the Sketches of Léon Krier 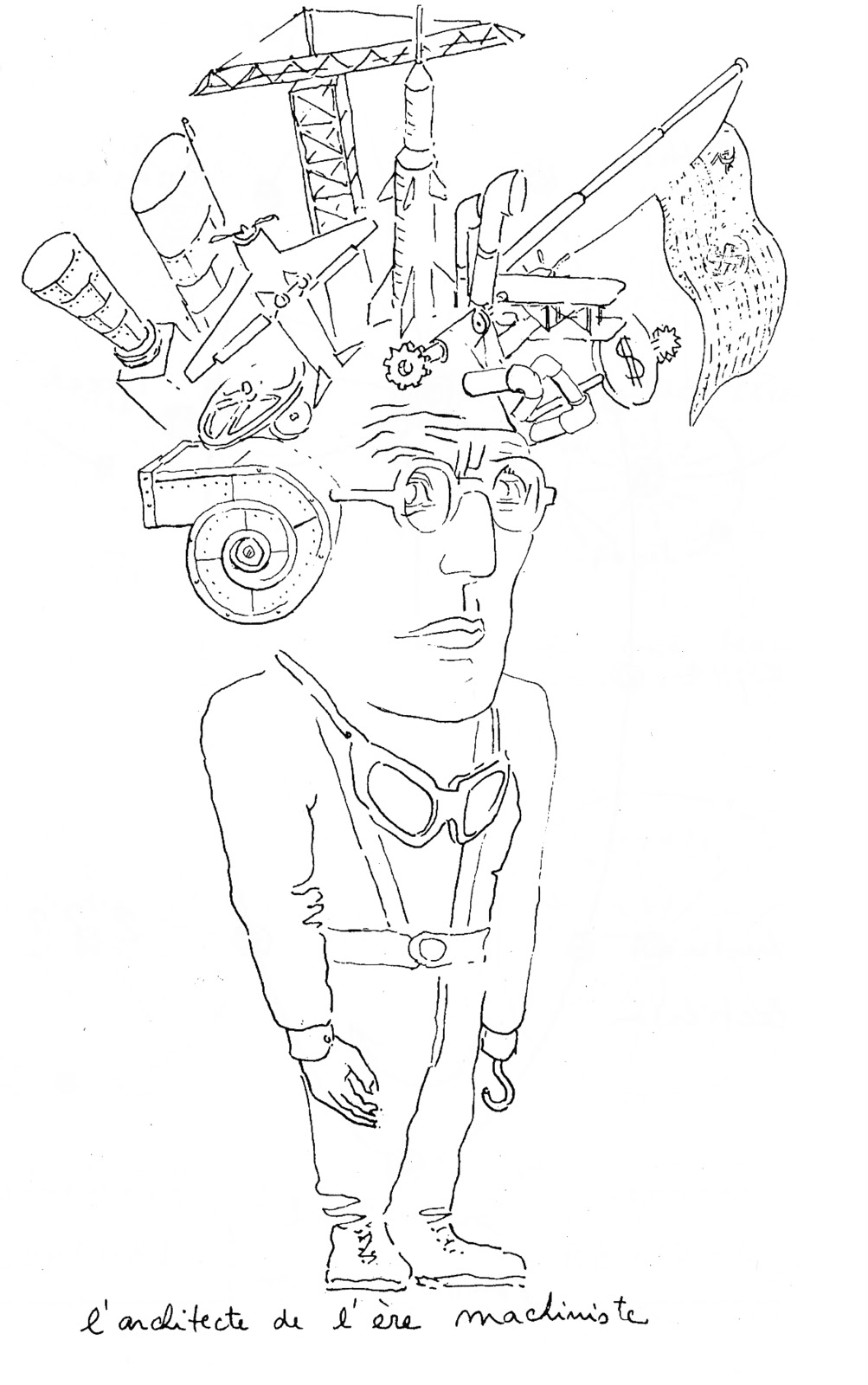 Peeking at the work of Léon Krier is like jumping into a rabbit hole that leads to a surreal city of magical proportions, strange juxtapositions and off-scale perspectives. Buildings acquire deformed identities, the human body becomes a source of urban morphology, and urbanism plays the role of a heroine in the classic fable of good versus evil. 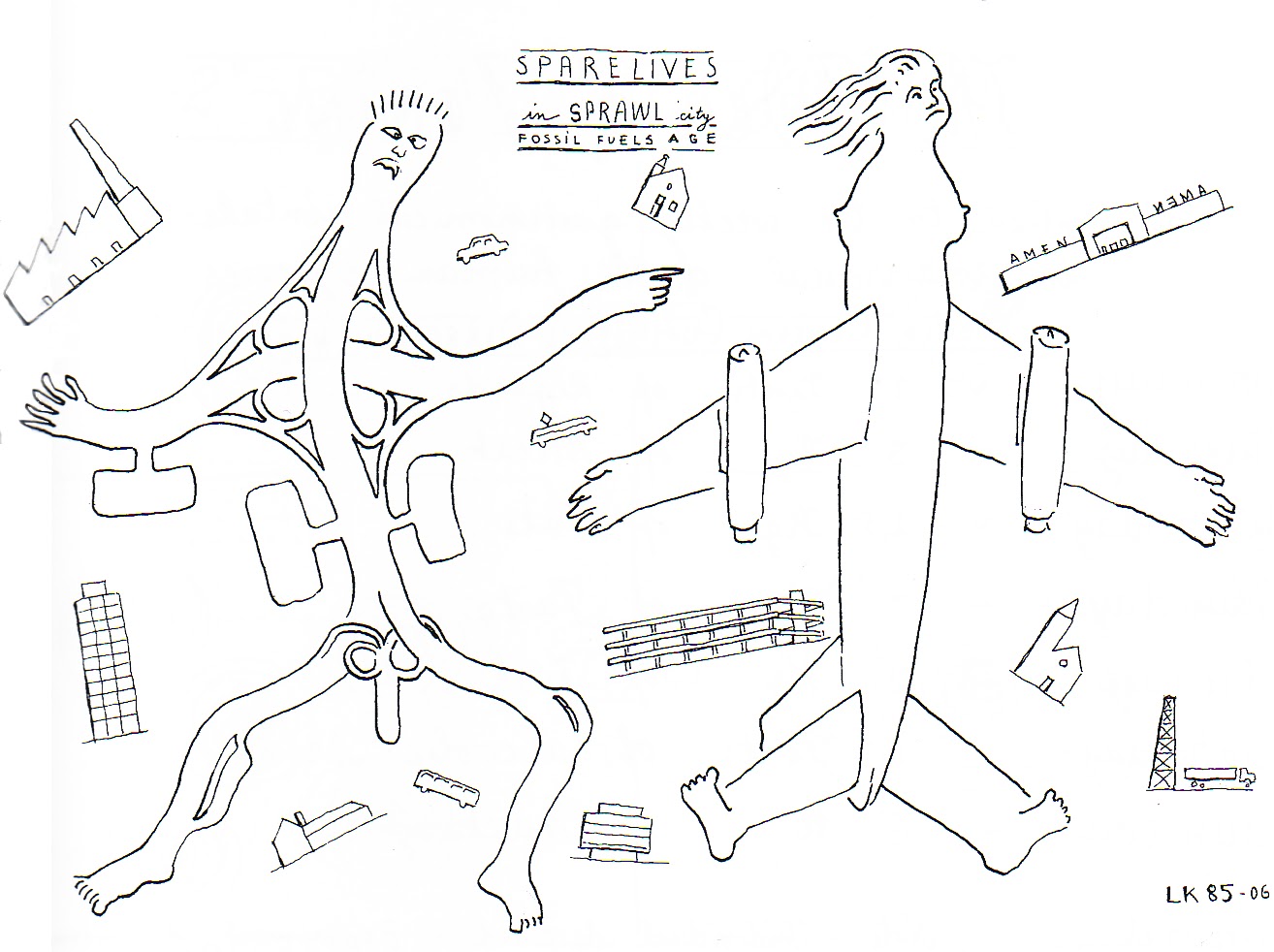 I often return to Krier’s sketches to reconnect with a particular kind of prowess in graphic argumentation that I have yet to see in other urbanists and architects of his generation. Krier cultivates an inventory of images to mobilize polemical positions. These diagrams, caricatures and renderings have inspired an alternative canon of city form and architectural design over the past 30 years. He fences with our visual imagination, design sensibilities and common sense to reveal a parallel voice that informs the future of cities. The brevity of lines and choice of subjects in his sketches point to a clear mission: forging an alterative path away from the dogma of "starchitecture," the fetish of the avant-garde and the acrobatics of form.

In the world of Krier’s sketches, the city’s inhabitants, consumers and users are narcotized subjects dazed by contemporary design fashions. Krier challenges our perspective on what defines meaningful design and urban form by pointing us toward the language of classicism: historical stability based on precedent, and design values based on a respect for tradition. 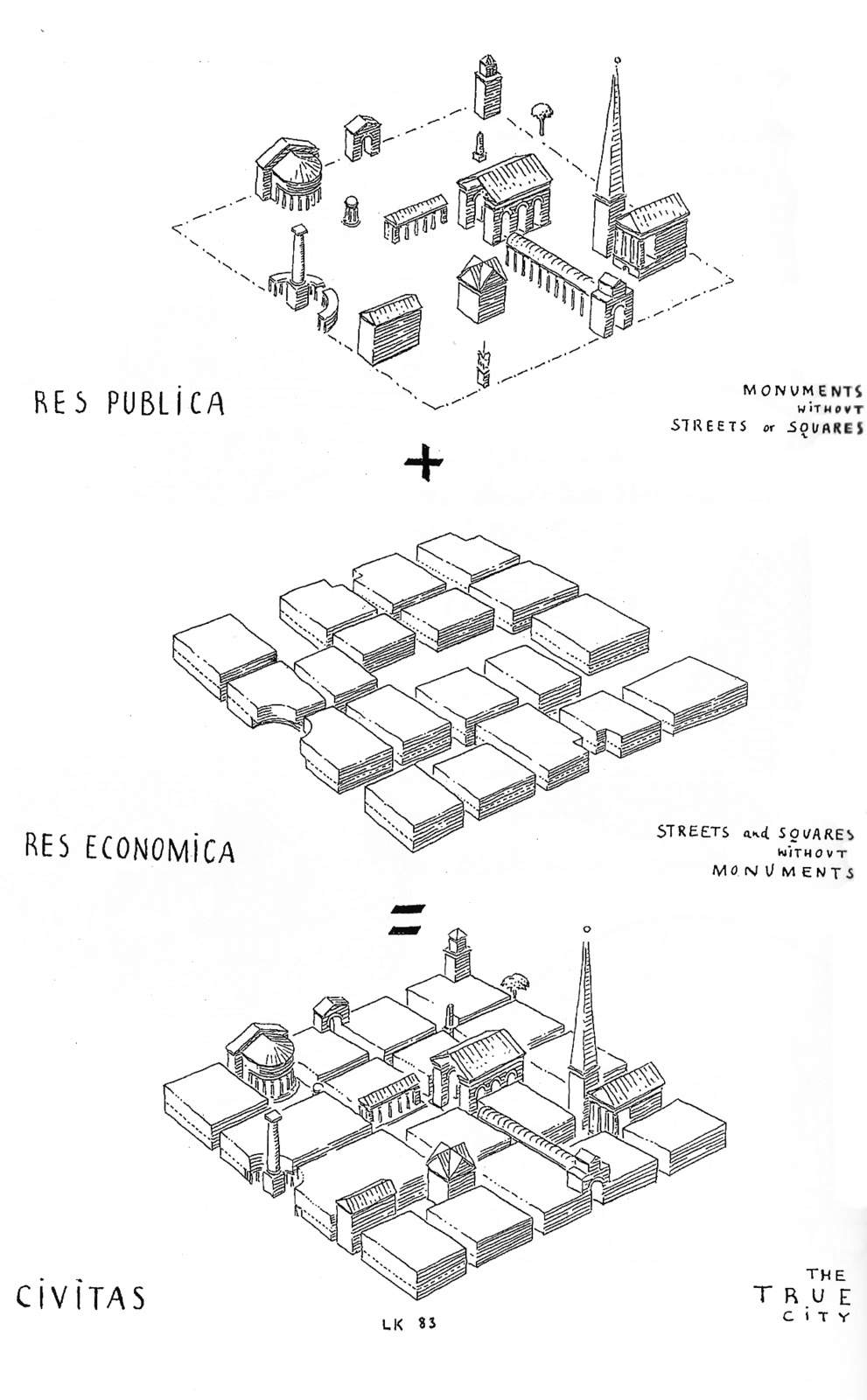 Krier’s fundamentalism is evident in his drawings. The sketches are un-apologetic and uncompromising in their rhetorical force. He selects his targets with care and directs his graphic essays like an embedded sniper hidden deep in the enemy territory of modernist design discourse. Howard Kunstler in the opening portion of a monograph on his sketches explains:


Krier’s polemical books were always accompanied by drawings, diagrams and cartoons, which illustrated his points with tremendous economy and wit. This was a good tactic for a crusader attempting to penetrate the mental defenses of opponents who hid behind the sandbags of ideology and artistic creativity. In these drawings, the verbally adept could be engaged by direct appeal to the brain higher’s cognitive courts, where their metaphysical torts would be dismissed by more persuasive graphic evidence: the artistic creatives could be hoisted easily on the petards of their own pretension by straightforward depictions of the self evident. The potency of his drawings derives from our recognition that a persistent reality still exists. And that it endures despite the intellectual legerdemain of those who create their own reality. 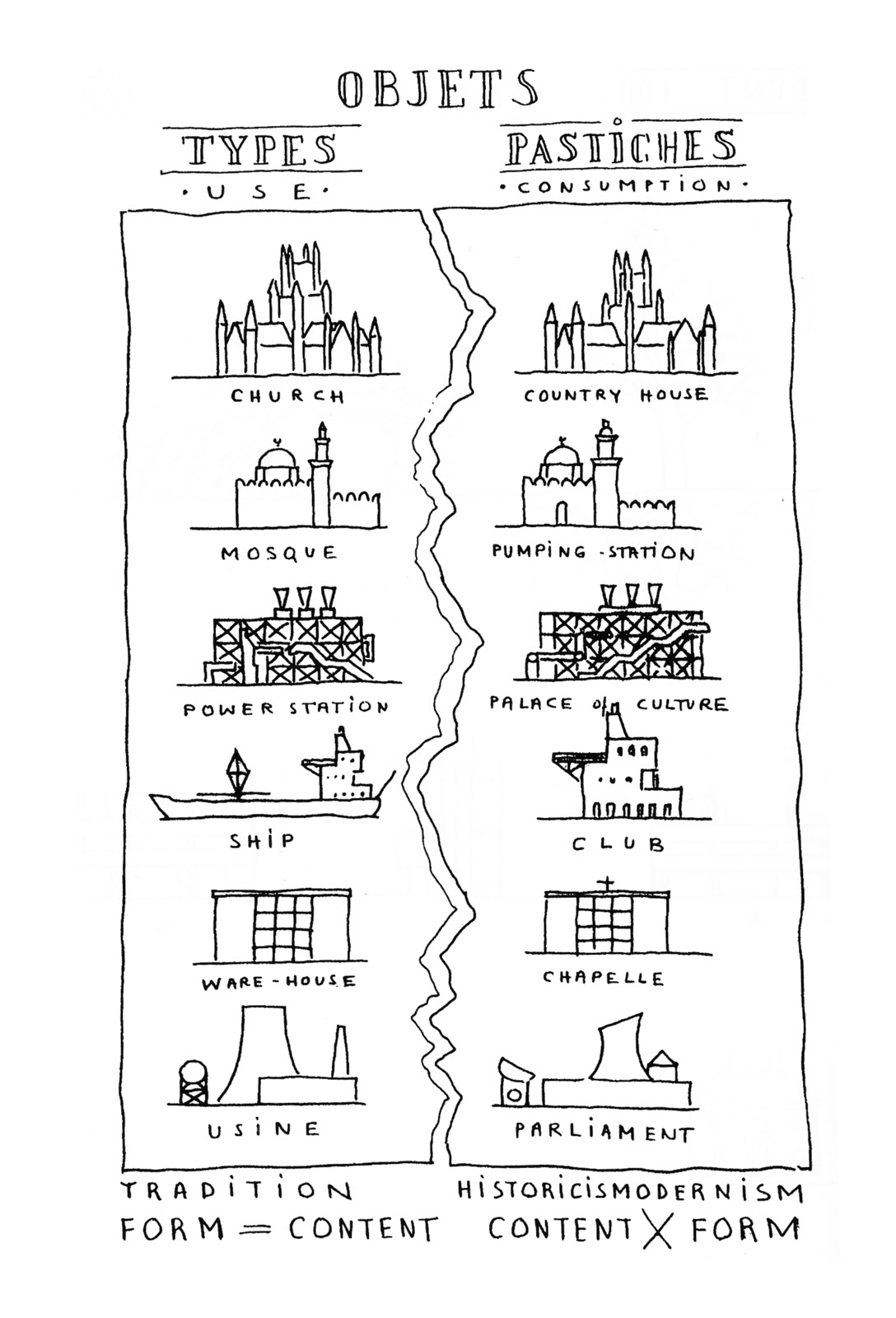 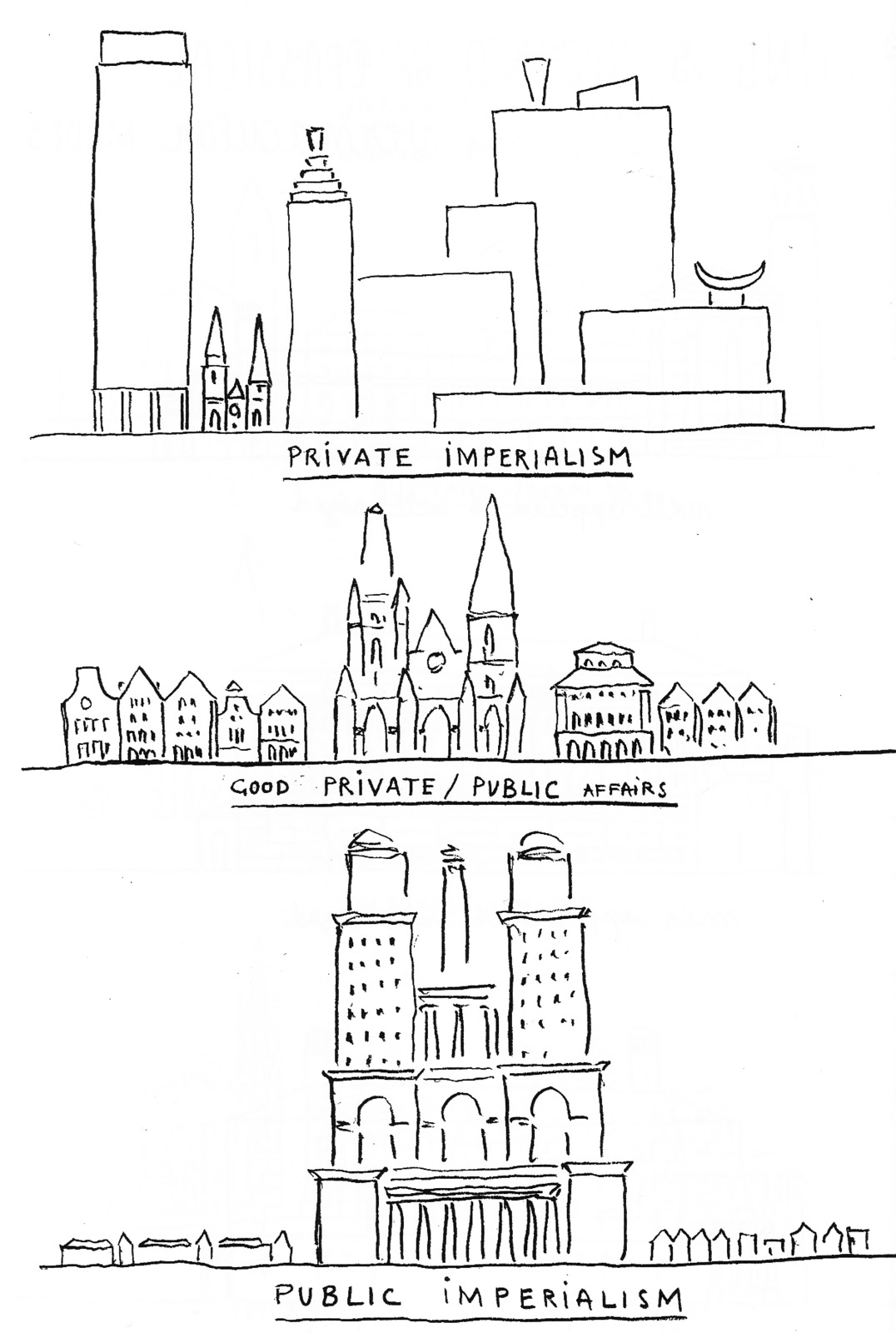 There are no gray areas in Krier’s sketches, no shades of interrogation or fudges that may signal a white flag. One only finds the stark paleness of white voids interacting with the fierce direction of black lines pointing at the enemy: the modern city, its buildings and its architects. 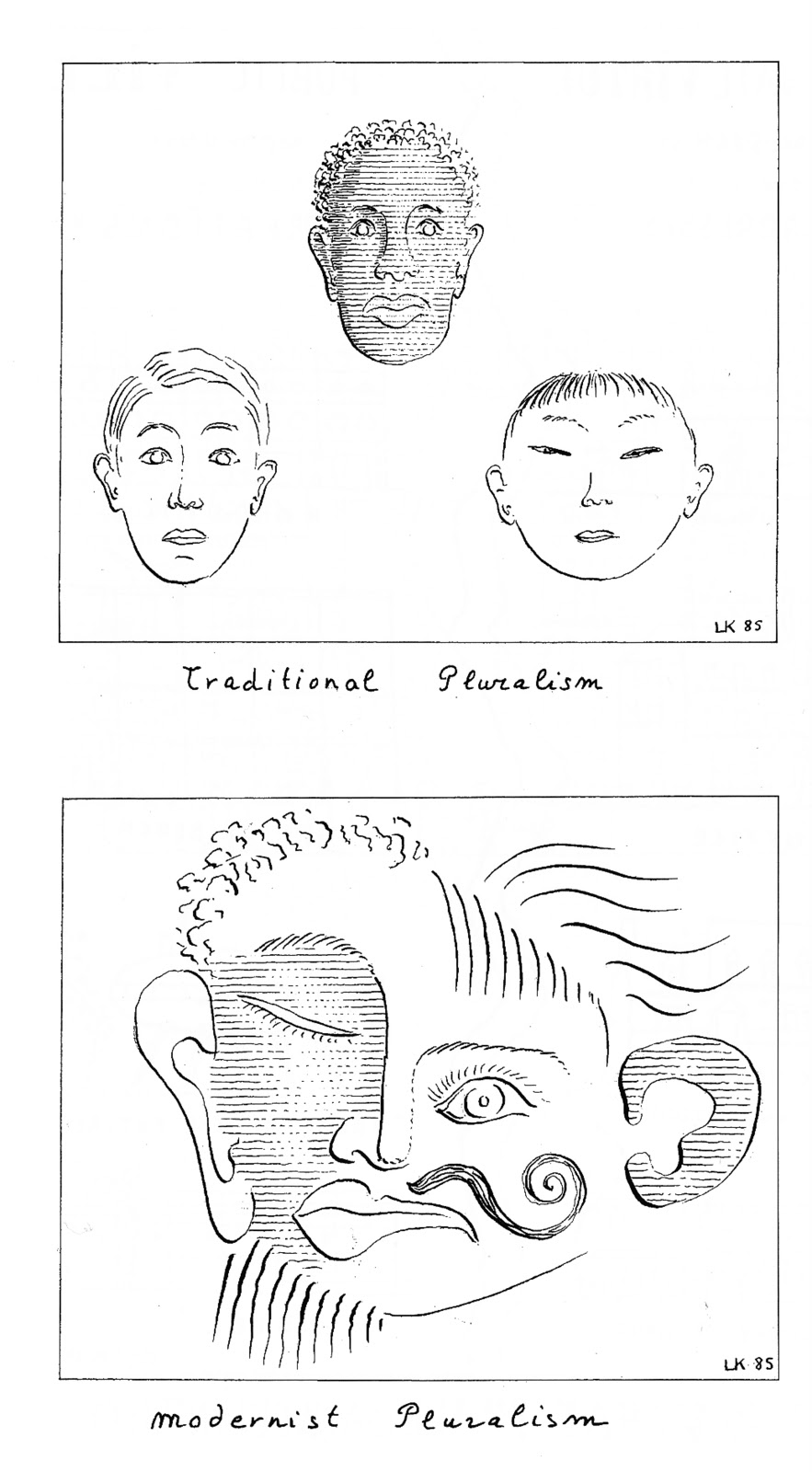 Beyond their graphic qualities, Krier’s sketches are also dominated by contradictions. His war for rhetorical supremacy is engineered around reductive dichotomies and essentialisms. His disavowal of modernism is based on the totality of representation, and his process of interrogating contemporary design values is supported by an equally normative set of cultural, social and political determinisms. Krier’s drawings invite you to debate in the forum of the page, but they close the opportunity for conversation at the same time. 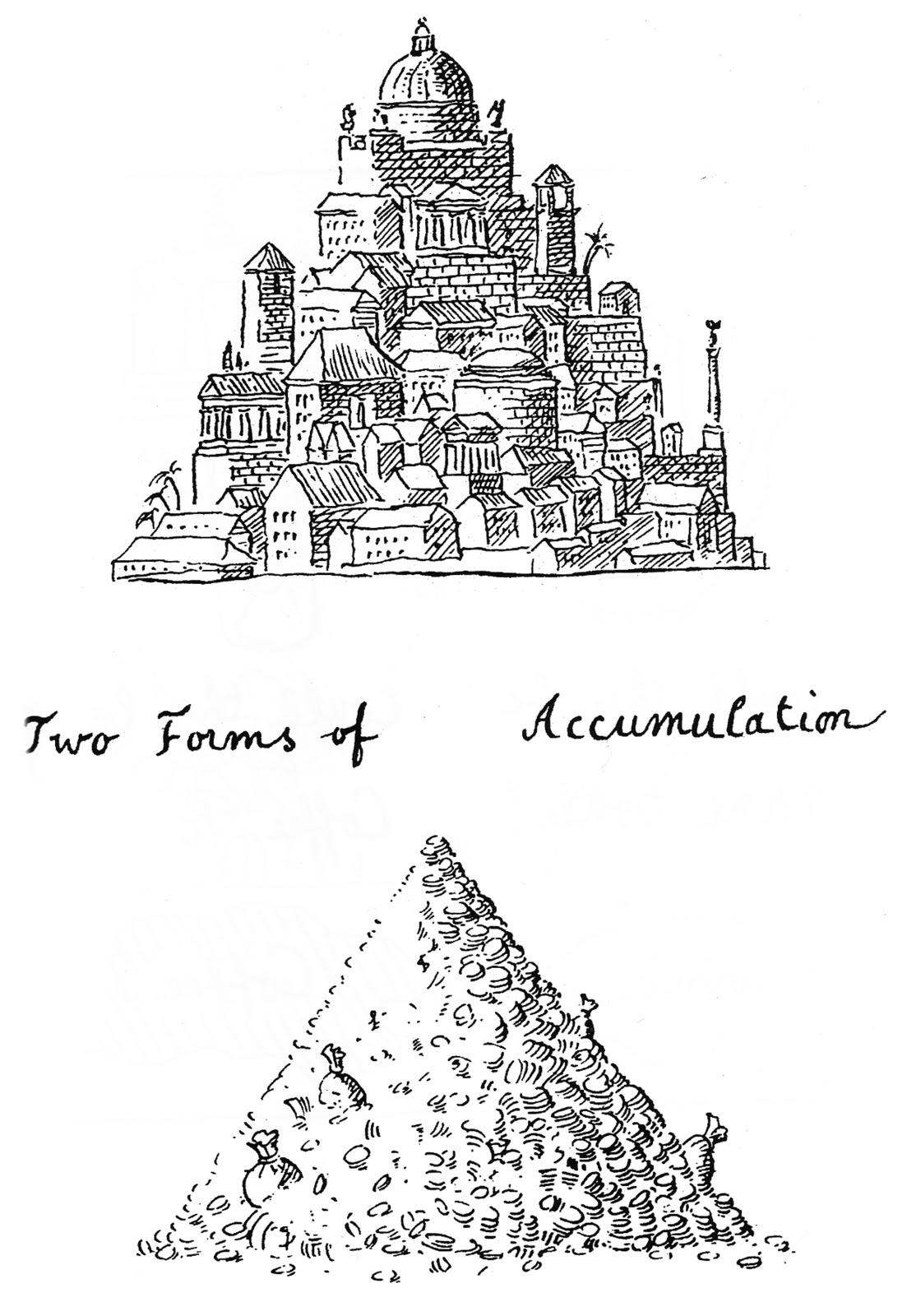 I find such inherent tensions rewarding for their pedagogical value. Krier’s visions provide useful lessons on how to forge lucid graphic representations that capture the imagination and feeling of the viewer. They allow designers to re-think their work as an act of engagement with a non-design oriented public through the craft of drawing. At the same time, his sketches portray an utterly idiosyncratic and unrelenting spirit. They serve as a warning for how rhetorical devices can foreclose an opposing point of view in a conversation about cities that must be inclusive and open. 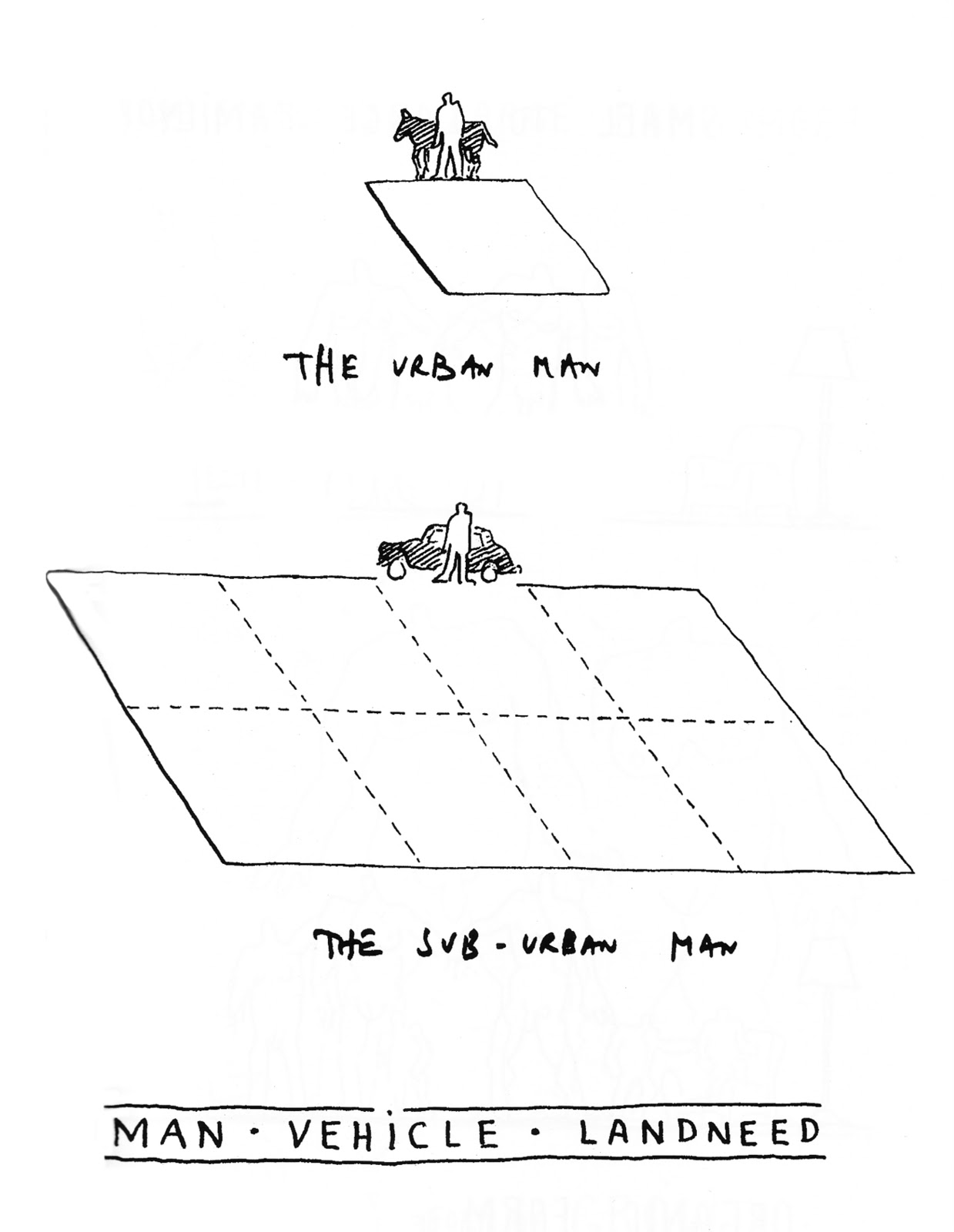 Perhaps what is fascinating about Krier’s sketches is their capacity to capture this paradox in a compelling opus that extends into texts, a few buildings and a wide influence on architects of our generation. This is what makes Krier’s sketches modern in spirit and simultaneously classic frames of reference. 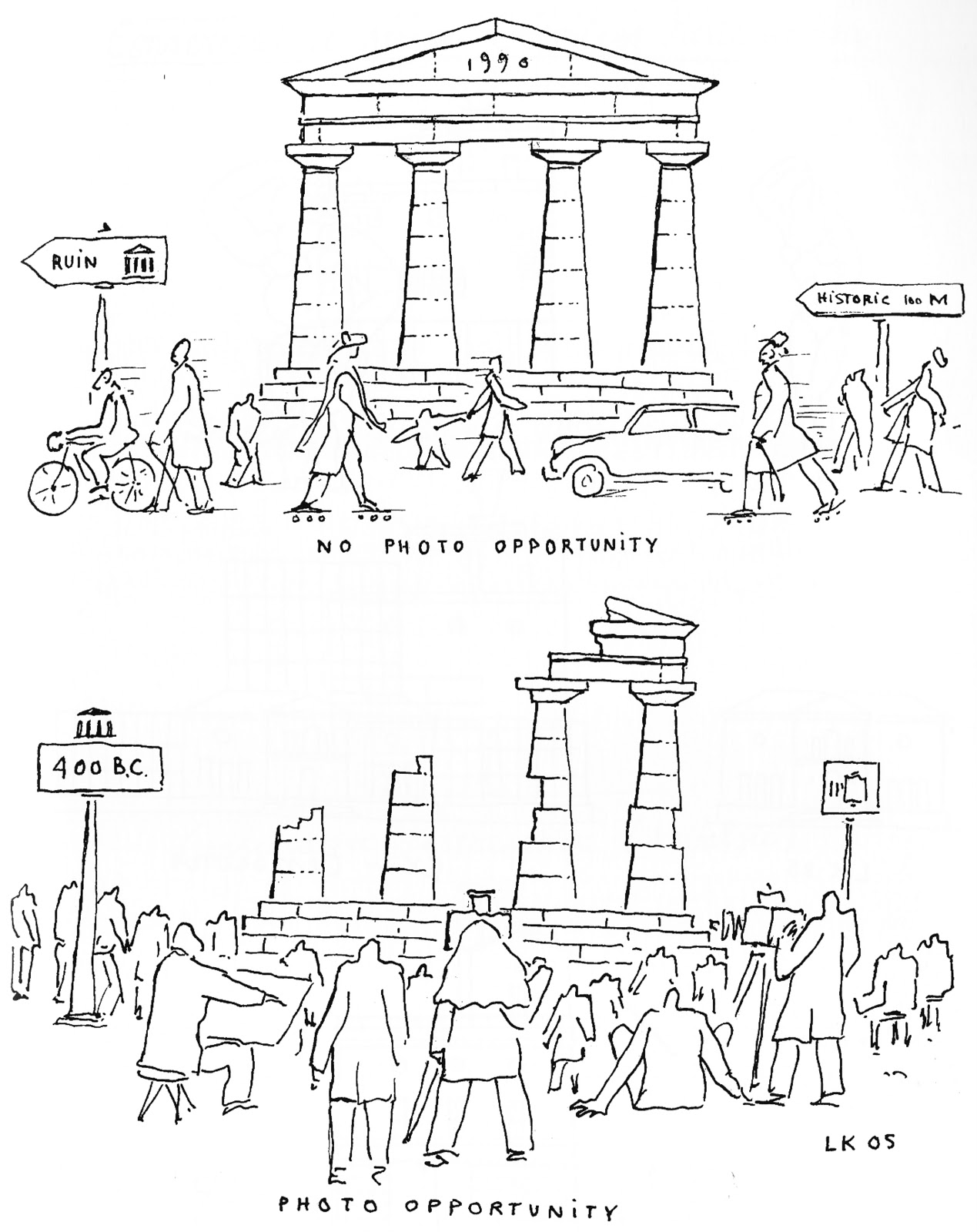 How will Léon Krier’s sketches stand the test of time? Will they become hieroglyphs of archeological polemics or clues for design innovation in a not-so-distant future?