by Shriya Malhotra and Anton Polsky

The sudden change of ambiance in a street within the space of a few meters; the evident division of a city into zones of distinct psychic atmospheres; the path of least resistance which is automatically followed in aimless strolls (and which has no relation to the physical contour of the ground); the appealing or repelling character of certain places — these phenomena all seem to be neglected. People are quite aware that some neighborhoods are gloomy and others pleasant. But they generally simply assume that elegant streets cause a feeling of satisfaction and that poor streets are depressing, and let it go at that.

— Guy Debord, “Introduction to a Critique of Urban Geography,” 1956


Over the past two months, Partizaning — an art-based urban activist group — collaborated on 8 public workshops with experts from diverse professions, academic disciplines and countries around the world. The project, КООП: Cooperative Urbanism, focused on creative research-based approaches to addressing livability concerns in neighborhoods around Moscow’s periphery.

As active members of Partizaning, we were approached by the Strelka Institute to help organize and implement the workshops. We focused on research, community engagement and urban interventions. Our goal was to successfully integrate theory with practice, international experts with local communities, and activists with municipal authorities. 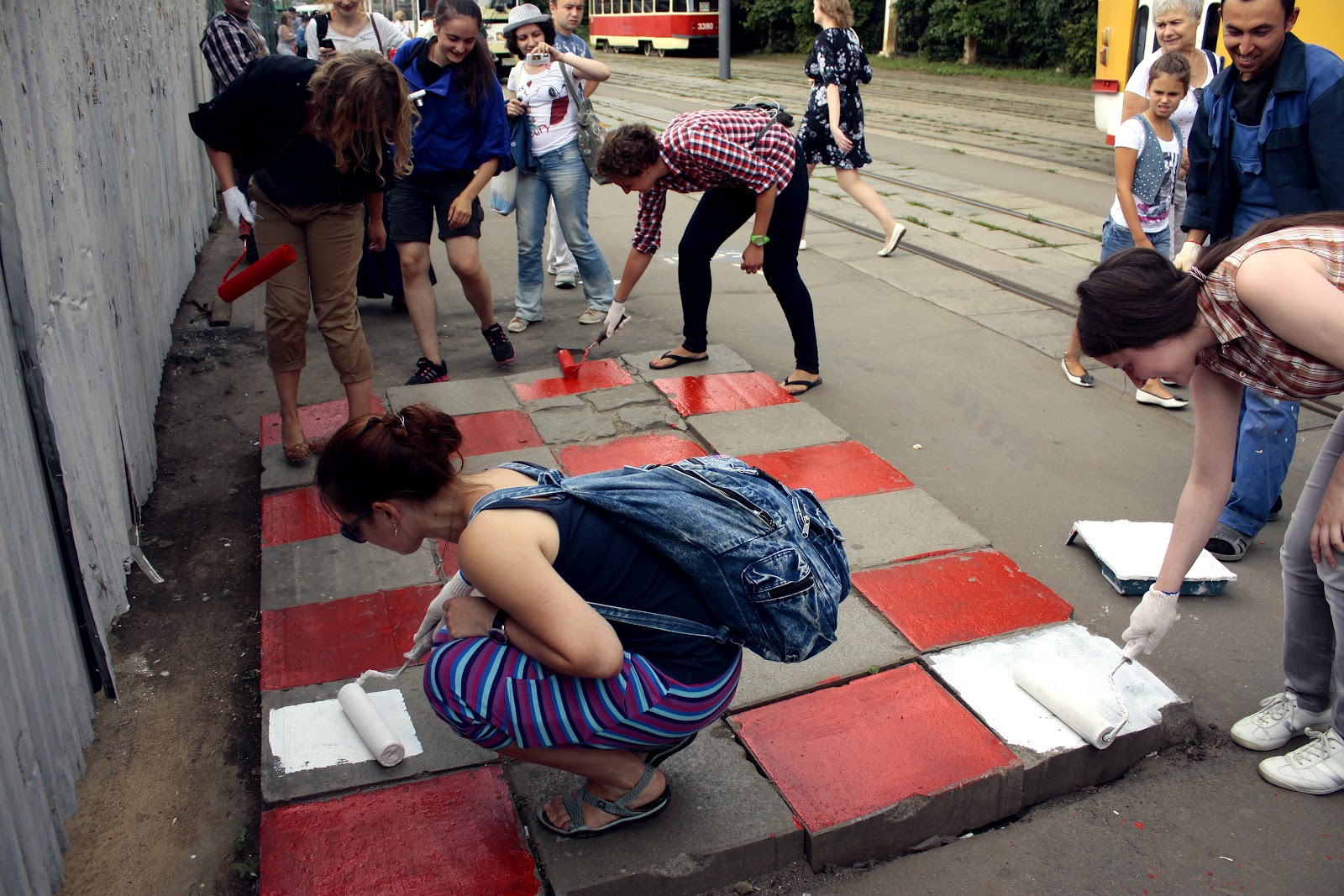 Turning a tram stop into a checkerboard. Source: Maria Semenenko

The workshops were based in Moscow’s “sleeping districts” — planned communities of mass housing blocks outside the city center. For all the negative attention these neighborhoods receive, they offer many useful lessons on the placement of green space, public transportation, clinics and schools within densely populated areas. Using basic methods drawn from ethnography and mapping, we tried to understand the social fabric of these districts.

Moscow is in the midst of a new era of young leaders working to change the city, so the workshops were well timed. Partizaning had just finished a neighborhood research project in St. Petersburg and started promoting cycling culture in Moscow. We were using postcard surveys and mailboxes to help people share thoughts about their neighborhoods. The Cooperative Urbanism project was an opportunity for us to build upon these initiatives. 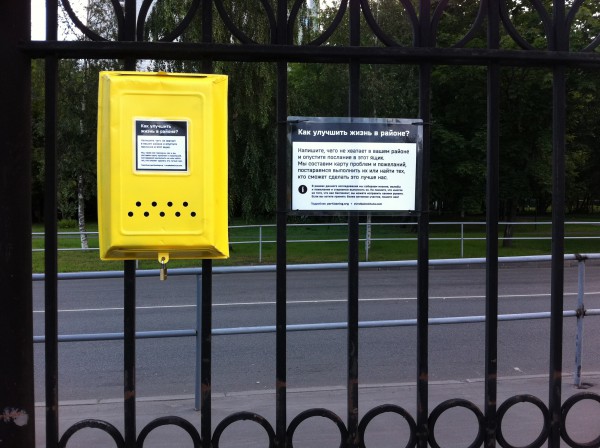 A mailbox installed in Yuzhnoe Medvedkovo Park to collect the thoughts and ideas of local residents. Source: Shriya Malhotra

The workshops were experimental in content and format. We wanted to be sensitive, circumspect and practical, analyzing our actions at every stage. How much could we hope to understand and address in the span of a few weeks? Whose voices were being heard and whose were not? And what were we hearing? How could we mediate conflicting priorities within communities? What happens when the desires of some outweigh those of others? Whose idea of improvement were we putting forward?

We started out by exploring and mapping the neighborhoods, and decided to blur the boundary between research and artistic practices through process-oriented interventions. We believe in the importance of interacting with people to understand their challenges, demonstrating the value of small, often transitory changes that inspire new possibilities. 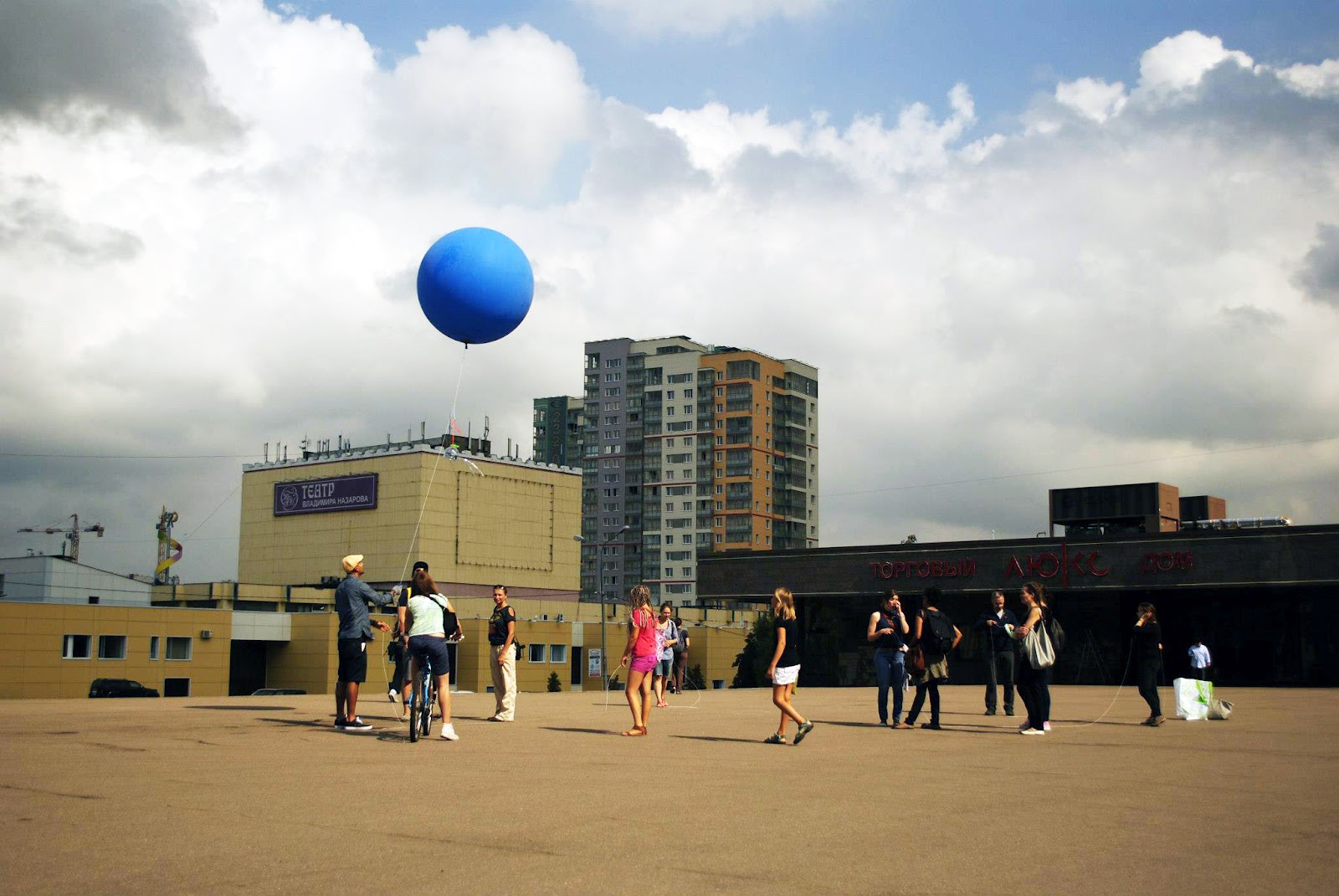 Engaging residents and activists helped increase the likelihood of continuity. Our interventions were less about altering physical objects than about sparking engagement and collaborative problem solving. We wanted to represent the needs of local residents and amplify their voices.

Given time limitations, everything was touch and go. Still, we wanted to leave space for things to go wrong. Collaboration and participation are logistical challenges, and mistakes and failures sometimes offer the most valuable lessons.

We found that the best way of learning about neighborhoods was to ask residents about their daily lives. Their understanding of local problems was our touchstone. We could bring fresh perspectives, but we needed to listen carefully and encourage participation. 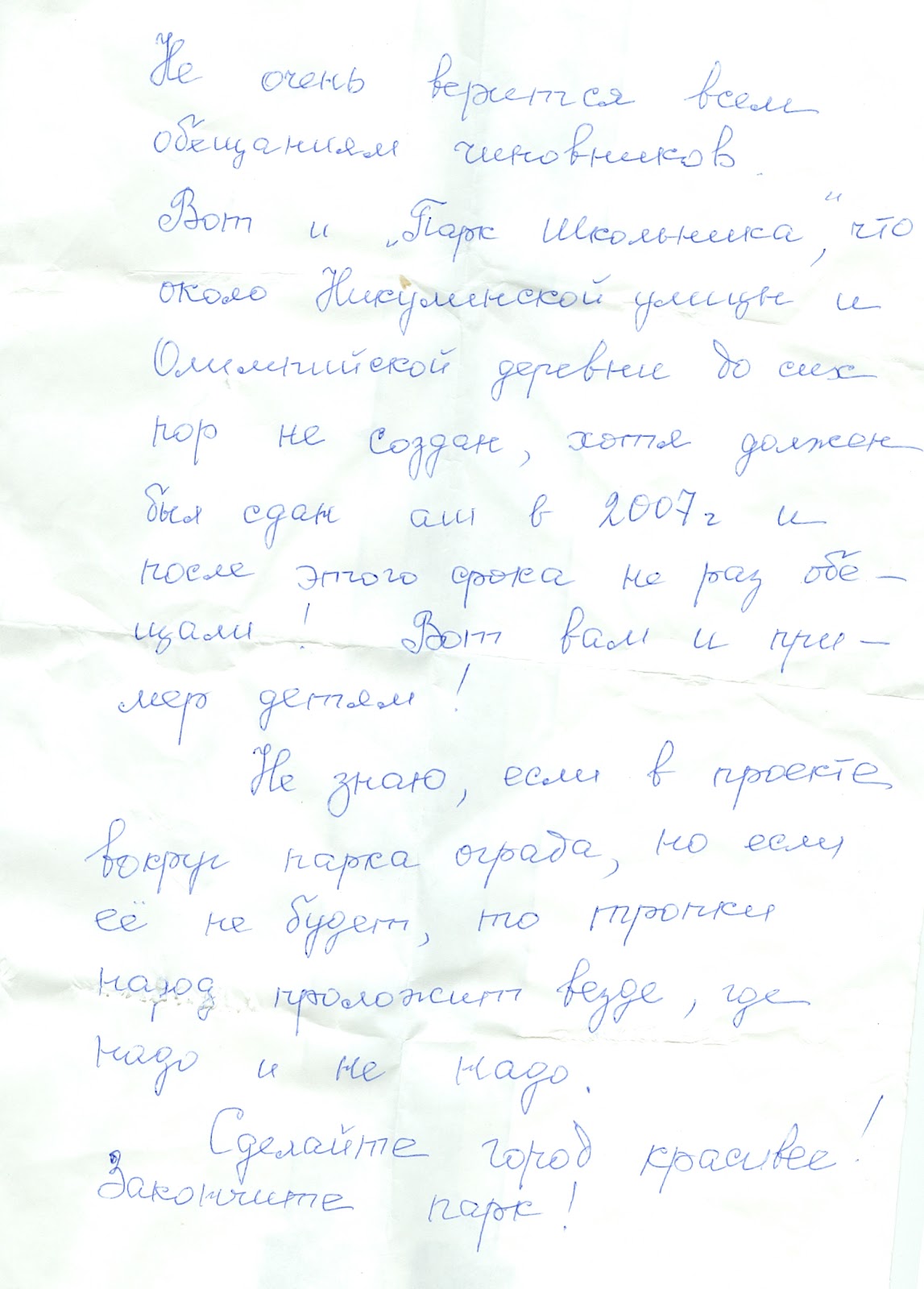 One of the letters from a mailbox in Mitino. Source: Partizaning

Ultimately, if residents think everything is fine and there is no need to change, it isn’t our place to tell them to do so. And we couldn’t expect to identify and solve problems in a community right away. But, at the very least, we could start a conversation and raise awareness.

Part of Partizaning’s goal is to promote a spirit of D.I.Y. action, encouraging people to speak up and act on the changes they want to see in their communities. So we needed to demonstrate how direct action can affect change. 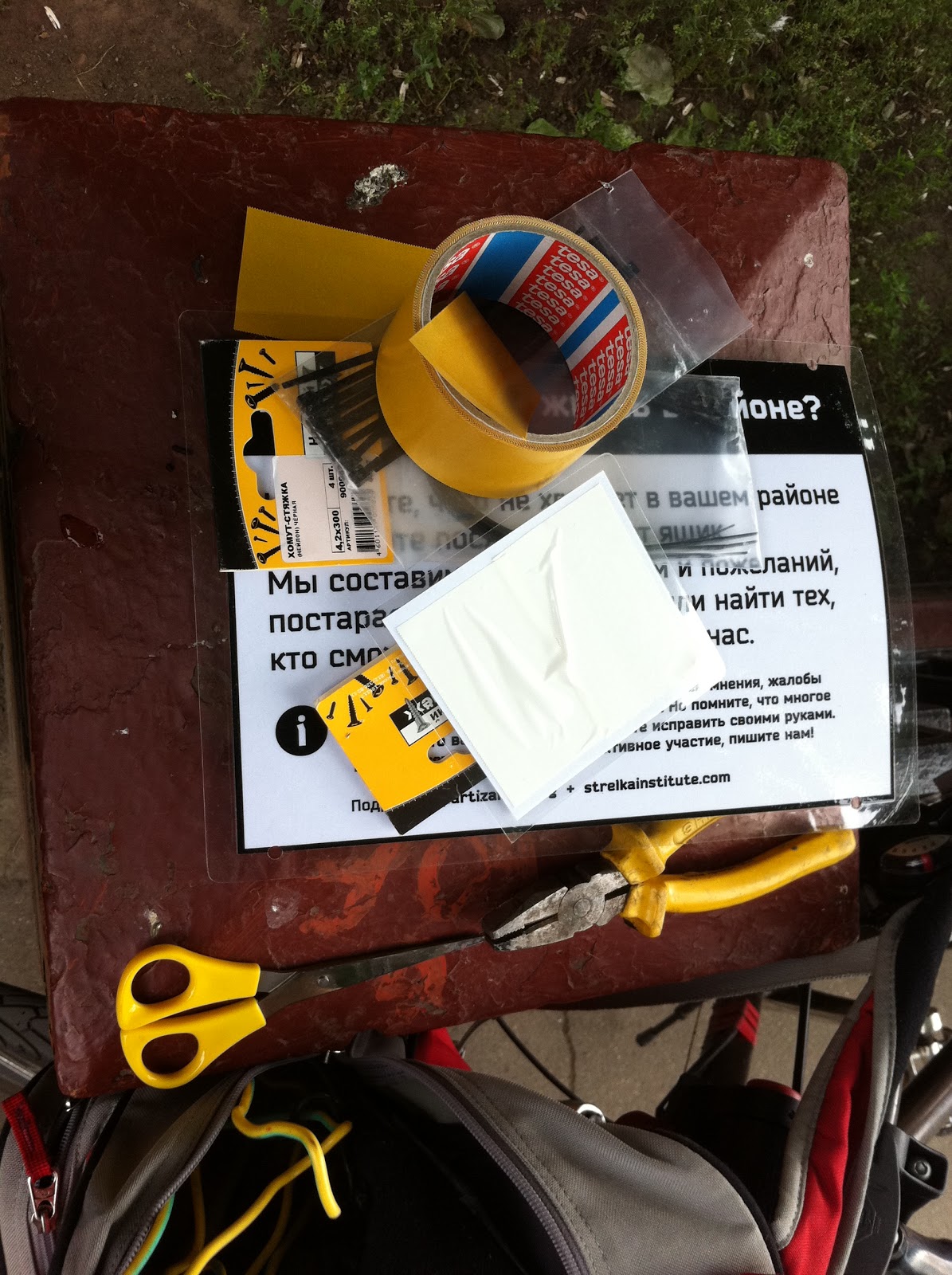 Given our limited timeframe, research had to be rapid but effective. Rather than presenting residents with solutions to what we thought were problems in their communities, we sought to learn from them in planning interventions. Our primary methods were observation, questioning and dialogue. We started to become familiar with the neighborhoods through surveys, postcards, maps, conversations and simply walking or cycling around. 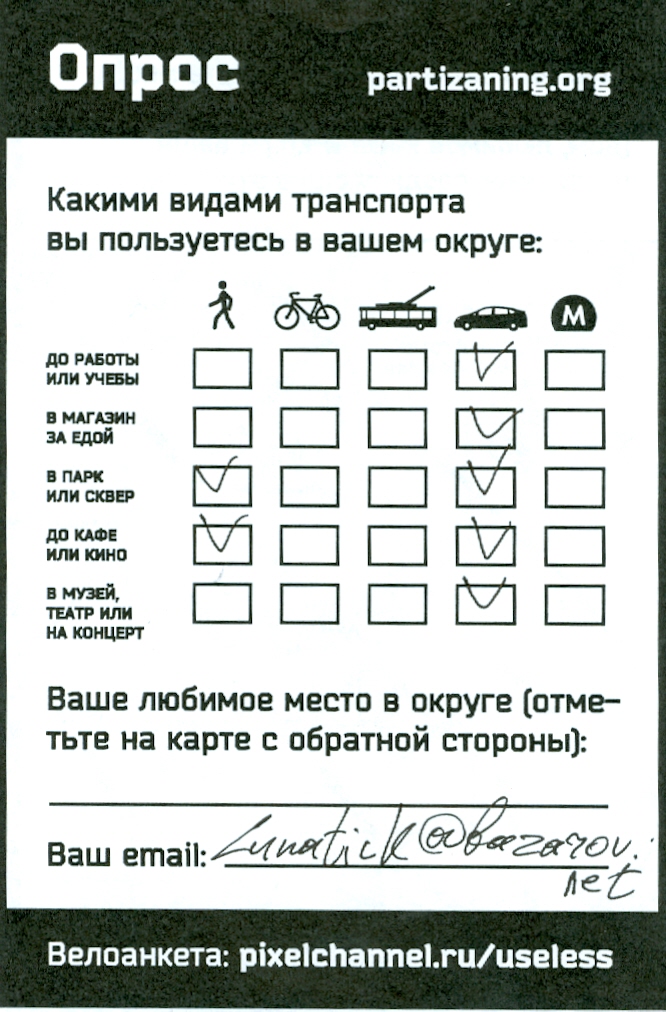 A postcard survey on means of transportation. Source: Shriya Malhotra

We wanted to make sure people considered their responses to our surveys, and we gave them to individuals as well as groups. Whenever possible we would just have a conversation. Discussions added context, deeper explanations and ideas that couldn’t be expressed in surveys.

Mailbox letters and D.I.Y. mapping provided valuable insights. For instance, we now know that a pond is neglected in Medvedkovo because it falls beyond the line of municipal responsibility. Sometimes reasons are so simple that they seem obvious — but we would not have known this without connecting maps with experience at ground level.

Many workshop leaders were from abroad, including Finland, France, Israel, the Netherlands, the United Kingdom and the United States. Everyone had to adjust to difficulties of fitting in and understanding different practices. Apart from language challenges, there were cultural, educational, social, economic and generational boundaries to overcome, which made for a remarkable experiment in collaboration. 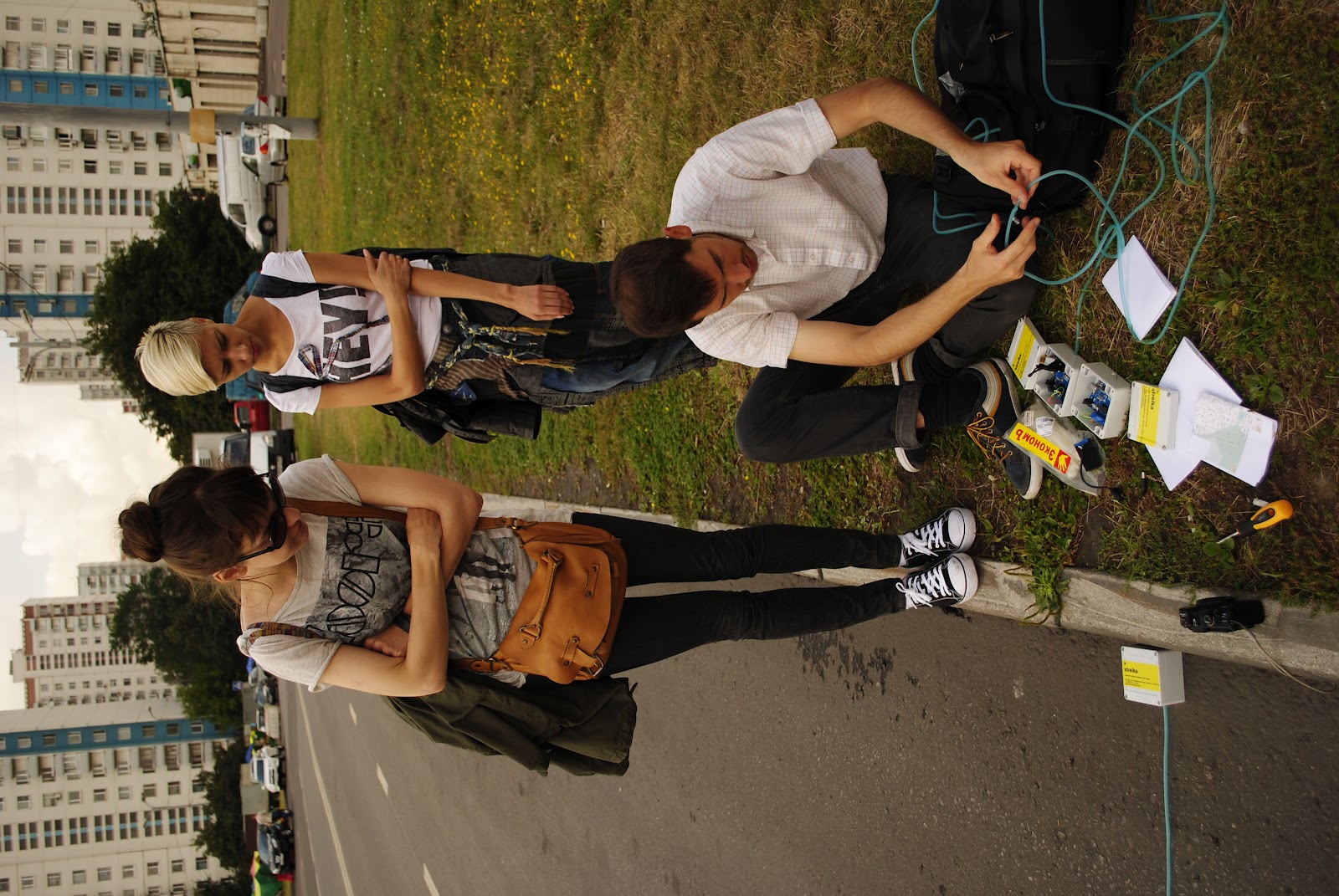 In each workshop we tried to be careful about using the word “improve,” because it seemed an indication of our biases. How could we measure improvement? Whose improvements were being implemented? What impact would our ideas and interventions have over time? We had to consider these questions and ensure that solutions were defined by residents. It was essential for them to guide the process.

The Cooperative Urbanism workshops were an experiment in research, collaboration and engagement in the human dynamics of urban neighborhoods. The experiment was an important one. Cities rarely thrive in isolation, and we value the insight and experience that visiting experts bring to Moscow. At the same time, solutions must be conceived and nurtured by local residents if they are to be of lasting value.

Whether or not we were successful can be debated, but we are sure the workshops challenged current norms. Our hope now is that the process might not only activate local citizenship, but offer new insights for research and intervention in other cities.

Shriya Malhotra and MAKE (Anton Polsky) are map-loving urban researchers, artists and interventionists from Partizaning in Moscow. You can find more information on the daily activities of the Cooperative Urbanism workshops at coop.partizaning.org, as well as summary articles at eng.partizaning.org.