Can We Afford to Live Alone? 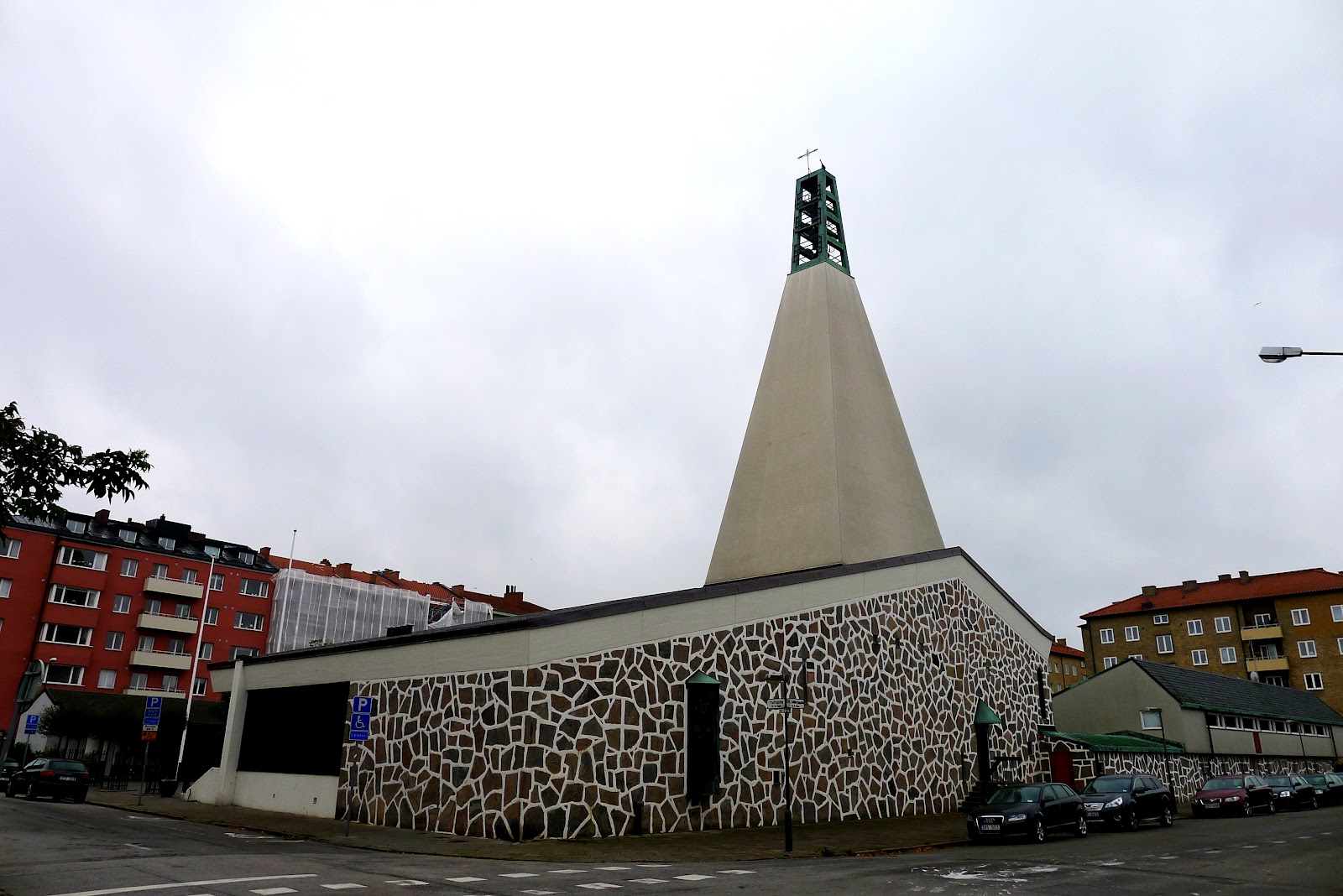 The Vår Frälsares church tower (above) stretches up, surrounded only by sky, creating a sense of calmness in a residential neighborhood in Malmö, Sweden. Similarly, a nearby tree in the middle of the road (below) gives the area that magic feeling that occurs when a void becomes an interesting part of the city. It is unfortunate when these "empty" places are seen as perfect sites for new development. 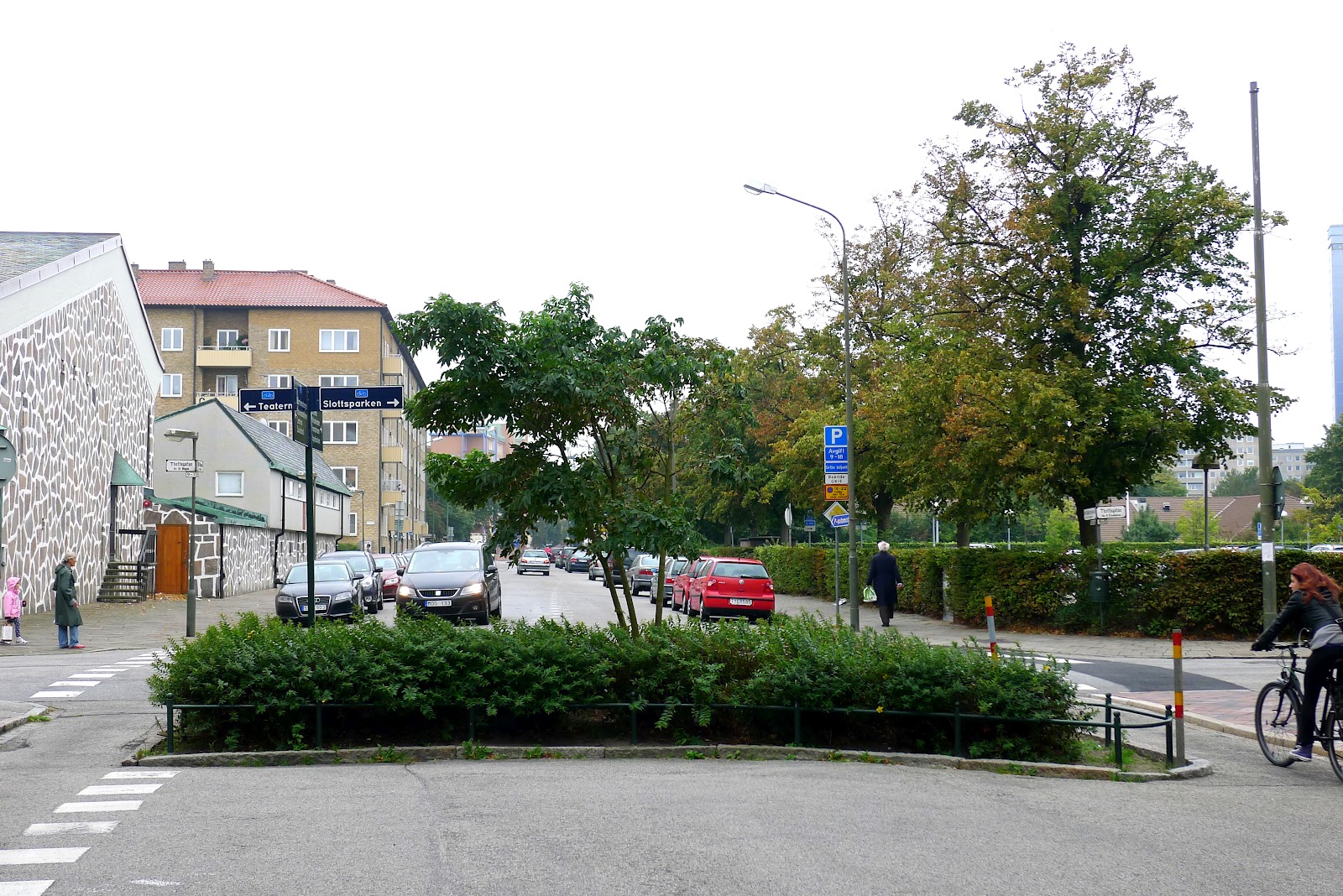 At the same time, young people in Sweden's big cities are facing a housing shortage. This has recently received more attention thanks to Sweden's first exhibition on housing for young people, organized by the City Planning Office and several partners, now taking place in Malmö. The UngBo 12 exhibition shows winning contributions from competitions in which young people came up with creative ideas about how and where new dwellings should be developed for their age group.

I am currently working at the exhibition, and when I give guided tours, many visitors are positive about the idea of sharing a flat with friends. This surprised me, because in Sweden we are used to having lots of physical space. In comparison to students in U.K. cities like Edinburgh, where almost all students share a flat, many young adults in Sweden still want and assume they will find a place of their own. Sweden has the highest rate of one-person households in the world — 46 percent.

But this trend exists elsewhere. In July, a press release from the Department of City Planning in New York announced "a new competition to develop innovative apartment model for small households." Today New York City has one million studios and one-bedroom apartments, although the city has 1.8 million households with one or two members. The competition asks people to come up with ideas for a rental buildings mostly composed of micro-units, apartments that are smaller than what is allowed today. 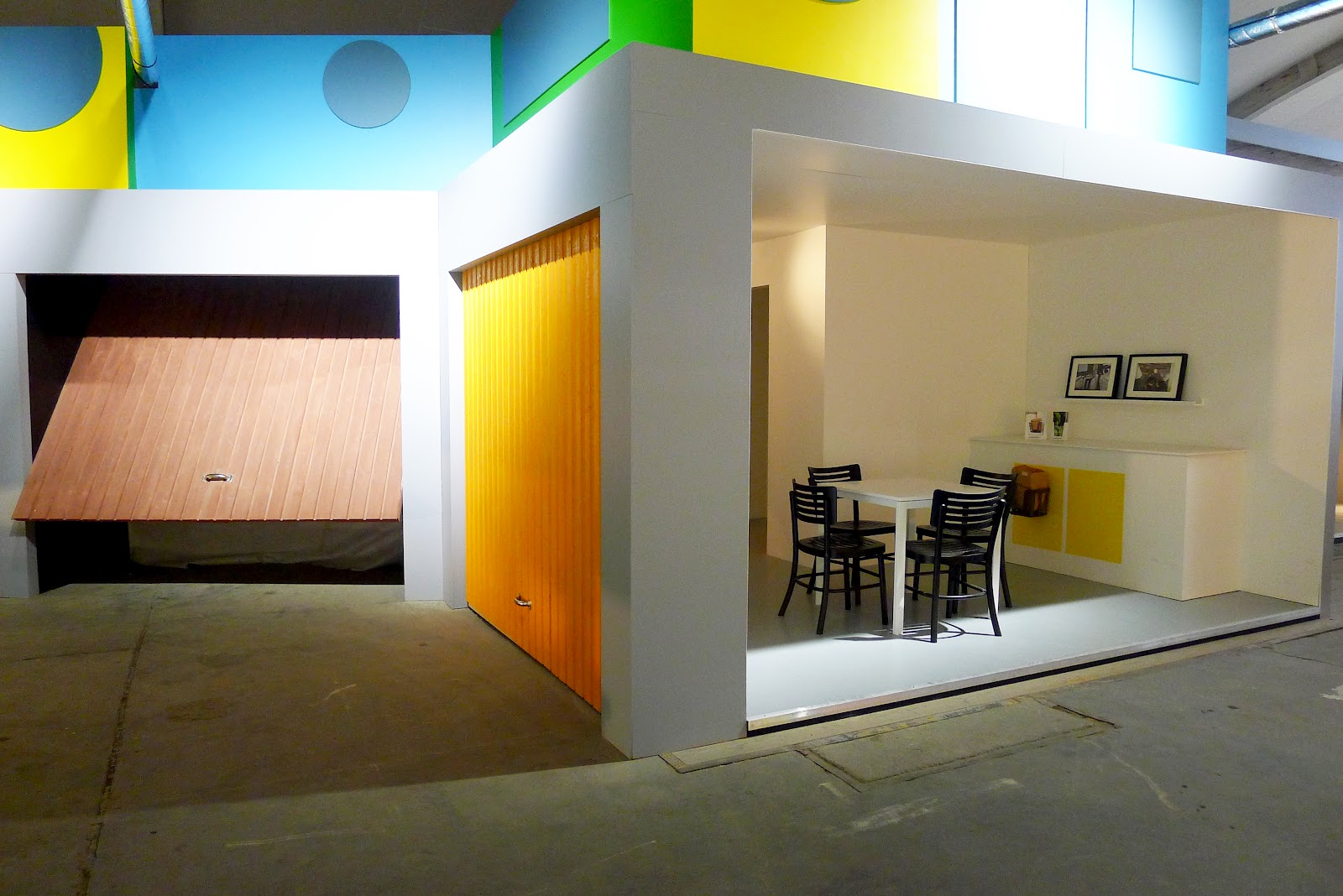 One contribution to the UngBo 12 exhibition proposes transforming unused garages into flats for young people.

It seems paradoxical that as the population in large cities increases, many people prefer to have their own flats. Would most people actually prefer a tiny flat to themselves rather than sharing a bigger one with flatmates? The Danish architect Jan Gehl often emphasize the importance of the human scale in a city for our wellbeing, a scale that is not easily achieved in a city where everyone wants to have his or her own home.

Cost is a factor that often comes up in discussions at the housing exhibition. It is expensive to build apartments with a high standard in the central areas of a city. Students and young people are always richer in loans than capital. Maybe we should realize that it won't be possible to live by ourselves if we want to live in a bigger city. Alternatively, we can find new ways to add density so that we don't lose the small parks and other spaces that make a city worth living in.

Anja Wolf is a Swedish student of landscape architecture at the College of Art in Edinburgh, Scotland.