A Festival of Dredge

We're putting on a conference about dredge.

Dredging is the mechanized uplift of soil, silt, sand and sediment from rivers and coastal areas, and it often causes accelerated erosion.

Dredging and the galaxy of weird technologies that surround human-accelerated erosion and erosion control constitute a vast oeuvre of landscape architecture, and it's time designers and theorists took it seriously.

The dredge galaxy includes institutions like the Environmental Protection Agency and the U.S. Army Corps of Engineers (perhaps the world's most prolific landscape architects); companies like Tencate and Arcadis, which make bizarre tools like robotic dredging barges and geotextile smart nets; activist groups that seek to protect habitats and shorelines; the global shipping industry, which demands clear channels to keep the economy flowing; and developers and property owners who wish to maintain their waterfront land.

New York is a city built on dredge.

Its waterfront is made up of miles of in-fill shore and deepened channels, all products of moving thousands of tons of silt, sand and clay against the forces of nature and the consequences of human activity. 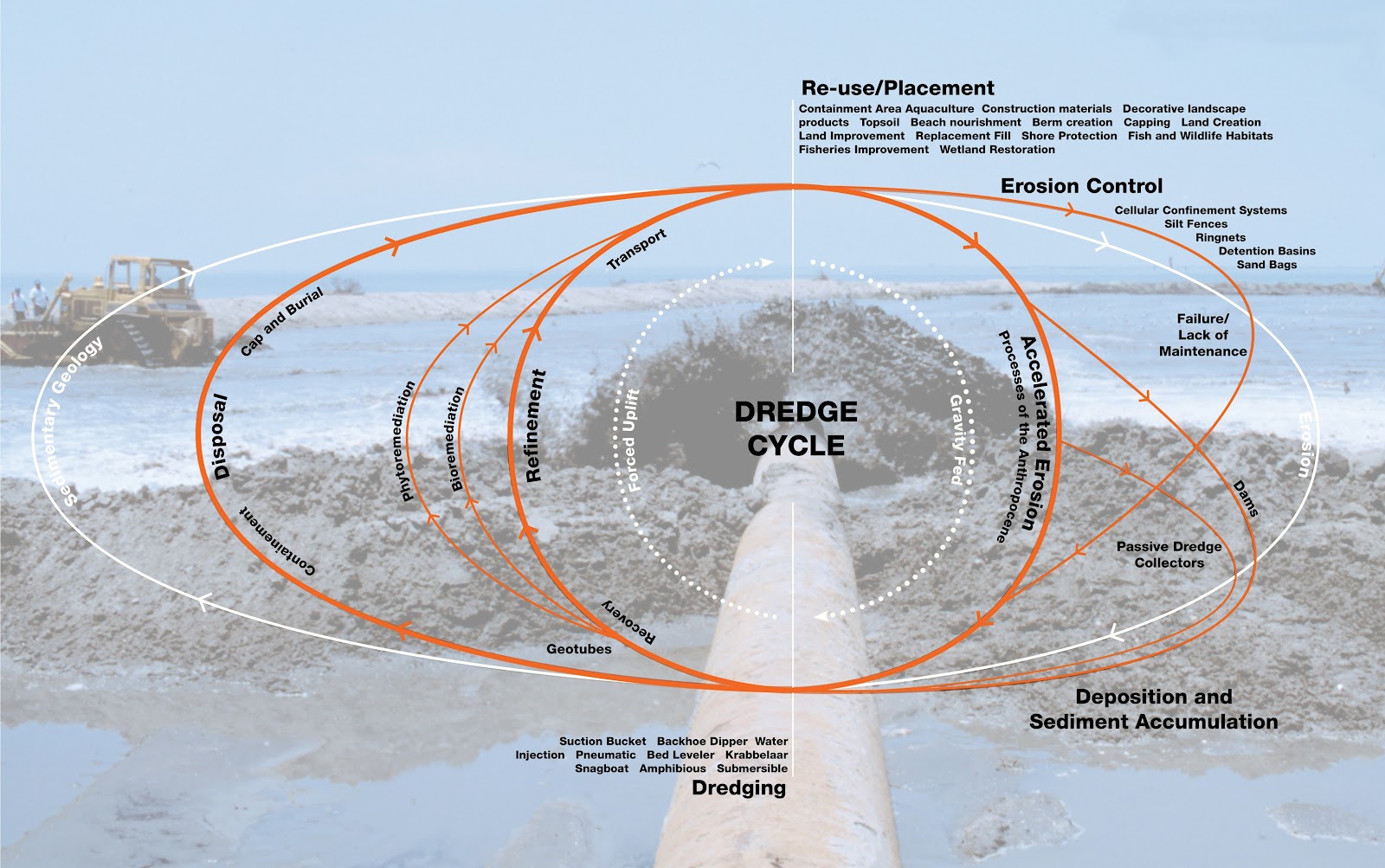 Diagram of the dredge cycle. Click on the image to view a larger version.

As you read this, toxic landscapes in New Jersey are being capped and remediated using soil dredged in the New York Harbor, and islands in Jamaica Bay, which have nearly disappeared as a result of human-accelerated erosion, are being rebuilt in an effort to restore endangered ecosystems. Meanwhile, farmers struggle as fertile topsoil is washed out to sea, and coastal disaster planners nervously eye rising sea levels.

In New York on Sept. 28, speakers from companies and institutions associated with dredging will stand alongside historians and theorists to consider the impacts of this rarely acknowledged massive endeavor of ongoing landscape architecture. The event is free and open to the public. You can click here to learn more.

On Sept. 29, a boat will tour of New York's dredge landscapes, from Manhattan's radically extended shores to Jamaica Bay's artificial islands. You can click here to reserve a place on the boat.

Tim Maly is the project coordinator for Upper Toronto, founder of Quiet Babylon and Border Town, and co-organizer of DredgeFest NYC.