This summer, the Danish Architecture Centre in Copenhagen introduced the brilliant idea of guided tours, enhancing their exhibitions by incorporating local architecture. The tours were offered by boat, by foot and by bike, in both Danish and English. I took a tour of Copenhagen's harbor by boat, which allowed me to see places where I would rarely go because they are difficult to reach on foot. 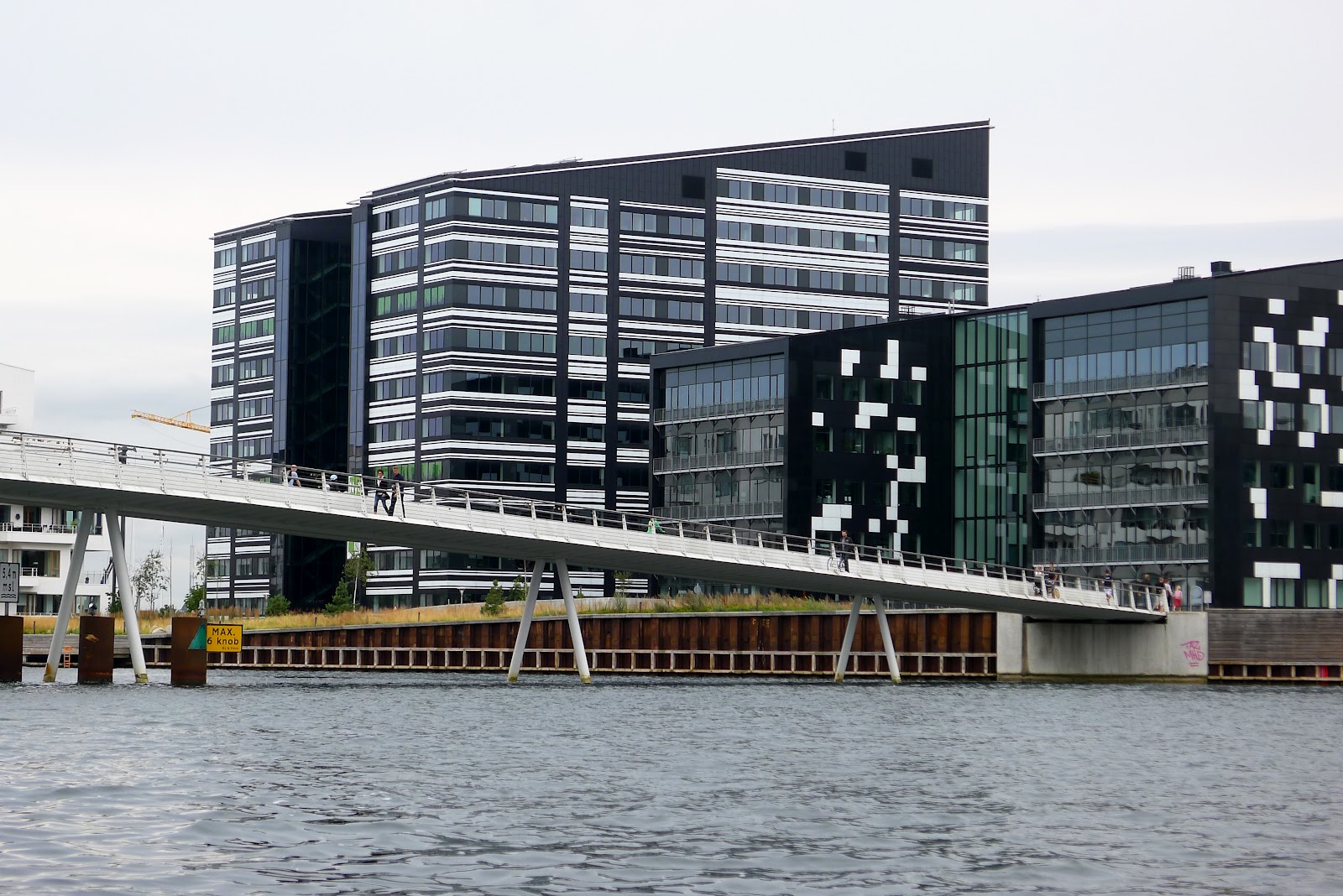 The Quay Bridge (Bryggebroen) for pedestrians and cyclists in Copenhagen's inner harbor.

The places included in the tours were mainly those with venerable historic architecture or stunning new designs. While it is interesting to observe new developments in a changing city, I found myself wishing for a closer look at areas that appear in the background: those mentioned in a negative way in newspapers, those that few are interested in, those without major architecture projects or charming old breweries. These are areas where both creativity and violence are present. 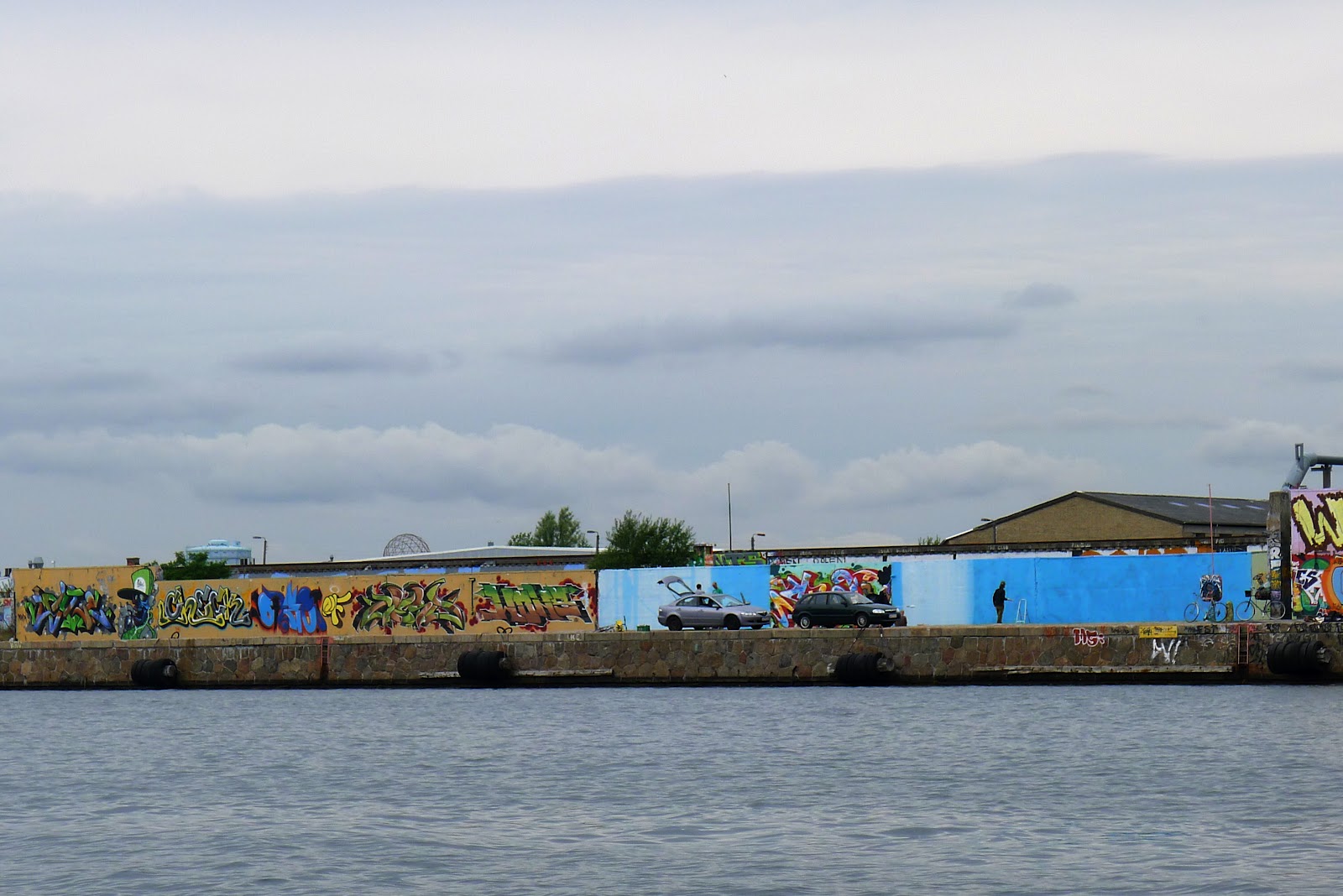 Some areas are used by graffiti artists, among others.

Learning about marginal neighborhoods, meeting people who live in them and seeing how problems are solved there would be as interesting as touring the more-polished areas. If we can see these neighborhoods for ourselves, instead of just reading about them in newspapers, we can start to interpret them in our own way. Then, we may start to view them as "our" city. 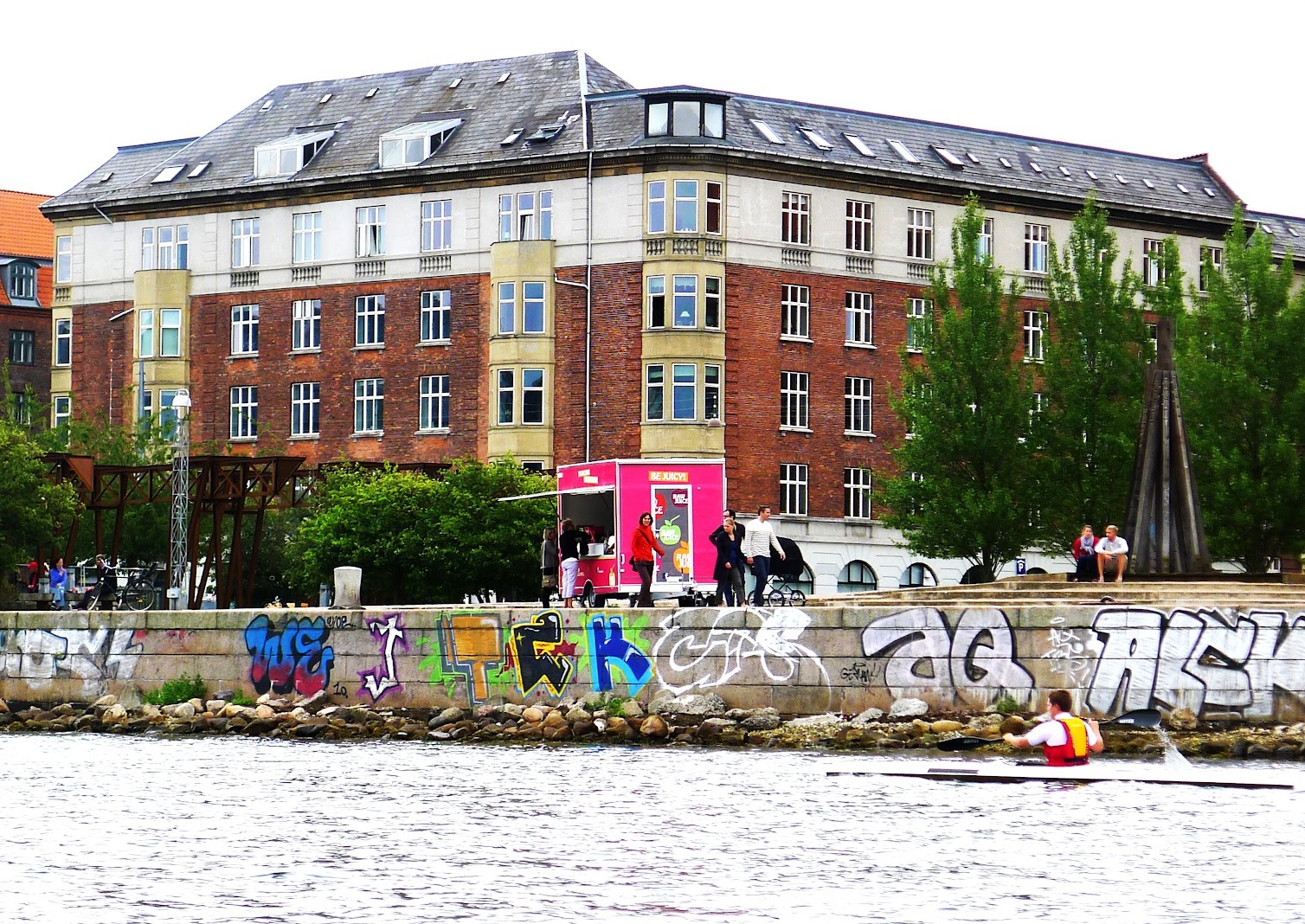 Art and architecture on display.

Of course, there is always the risk that such tours would make people feel a divide between "us" and "them." Hopefully, this would only be a brief transition before interaction leads to a feeling of community. I look forward to a time when there is a wider interpretation of interesting architecture and its context in Copenhagen.

Anja Wolf is a Swedish student of landscape architecture at the College of Art in Edinburgh, Scotland.