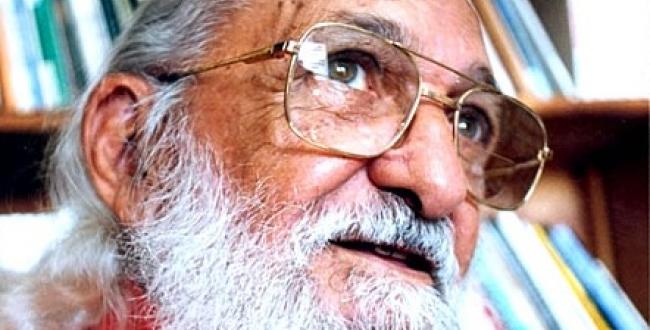 “Narration (with the teacher as narrator) leads the students to memorize mechanically the narrated content. Worse yet, it turns them into ‘containers,’ into ‘receptacles’ to be ‘filled’ by the teacher. The more completely she fills the receptacles, the better a teacher she is. The more meekly the receptacles permit themselves to be filled, the better students they are. ... Instead of communicating, the teacher issues communiqués and makes deposits which the students patiently receive, memorize, and repeat. This is the ‘banking’ concept of education, in which the scope of action allowed to the students extends only as far as receiving, filing, and storing the deposits. ... The more students work at storing the deposits entrusted to them, the less they develop the critical consciousness which would result from their intervention in the world as transformers of that world.”

“‘Problem-posing’ education, responding to the essence of consciousness — intentionally — rejects communiqués and embodies communication. ... In problem-posing education, people develop their power to perceive critically the way they exist in the world with which and in which they find themselves. They come to see the world not as a static reality, but as a reality in process, in transformation. ... Problem-posing education affirms men and women as beings in the process of becoming — as unfinished, uncompleted beings in and with a likewise unfinished reality. ... For apart from inquiry, apart from the praxis, individuals cannot be truly human. Knowledge emerges only through invention and re-invention, through the restless, impatient, continuing, hopeful inquiry human beings pursue in the world, with the world, and with each other.”

— Paulo Freire in Pedagogy of the Oppressed, 1970